Rita Isbell, who is the sister of Jeffrey Dahmer’s 11th victim, Errol Lindsey, has come forward and called Netflix “greedy”. Rita Isbell is just one of the other victims of Jeffrey Dahmer, who have been re-traumatized by watching the new series “Monster: The Jeffrey Dahmer Story”. She has condemned the show and disclosed a few things that remained unknown to the public to date. So where is Rita now, and why is she raging against Netflix’s new series? Read on to understand. Netflix Is Making Money From The Tragedy… 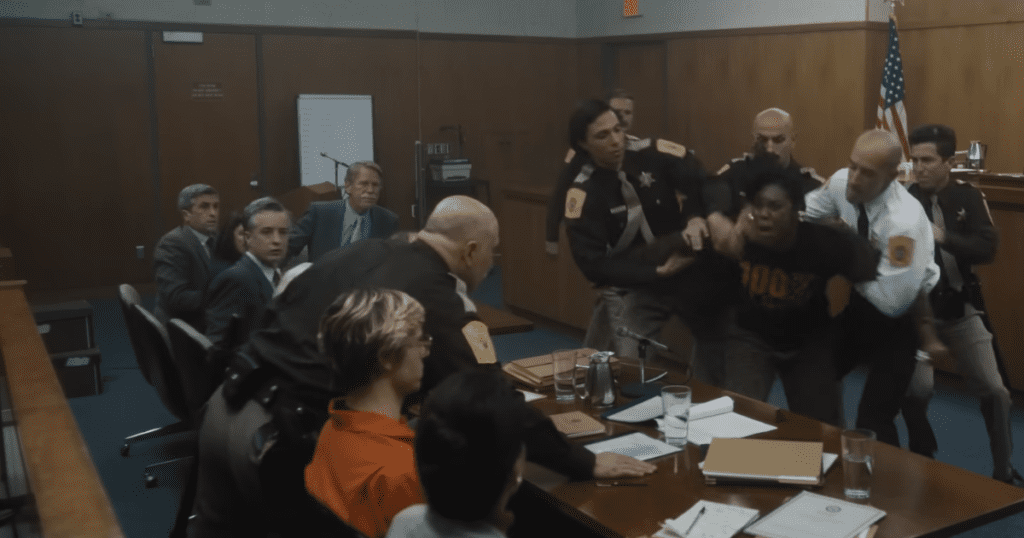 “It’s sad that they’re just making money off of this tragedy,” says Rita Isbell, who is the cousin sister of Jeffrey Dhamer’s 11th victim, Errol Lindsey. She has condemned Netflix’s “Monster: The Jeffrey Dahmer Story”, for showing things without asking her.

In an interview, Isbell narrated: “When I saw some of the show, it bothered me, especially when I saw myself—when I saw my name come across the screen and this lady saying verbatim exactly what I said.” Well, she believed that she doesn’t have to watch it, because she actually lived it.

Rita Isbell added that she initially didn’t think it was her but the lady’s hair and clothes were just like her, and she felt like she has relived that traumatic moment. The series brought back all the emotions she felt back then. She concluded, “I was never contacted about the show. I feel like Netflix should’ve asked if we mind or how we felt about making it. They didn’t ask me anything. They just did it.”

What Happened To Errol Lindsey? 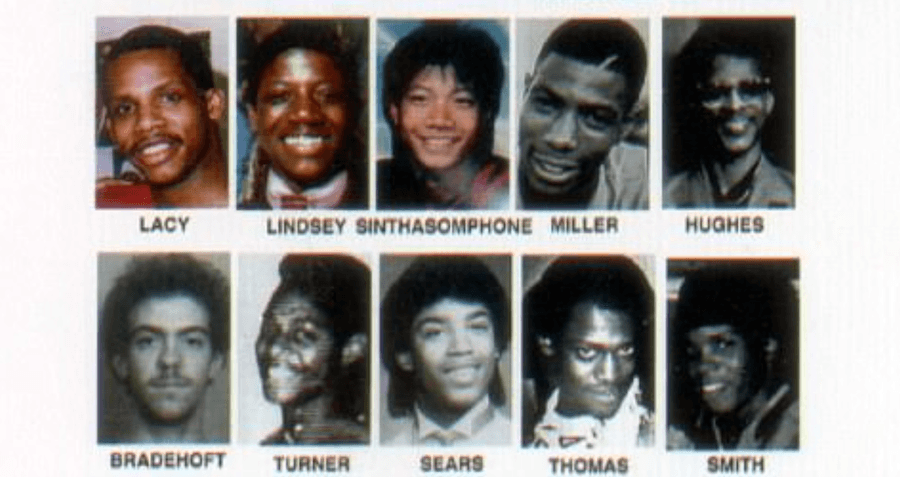 Errol Lindsey was 19-year-old when Jeffrey Dahmer met him. Lindsey was heterosexual and Dahmer lured him into his apartment. Following the same pattern of his crimes, he drugged Luindsye and drilled a hole in his skull, pouring hydrochloric acid into it. When Lindsey woke up, he again drugged him and strangled him. After dismembering his body, Jeffrey retained Errol’s skull.

He then placed Lindsey’s skin in a cold water solution and salt for any weeks but later disposed it as it had become too frayed and brittle. Jeffrey Dahmer was sentenced to a 16th term of life imprisonment for his brutal crimes after a disturbing trial. Most of his later murders involved necrophilia, cannibalism, and the permanent preservation of body parts.

Jeffrey was killed in prison by fellow-inmate Christopher Scarver in 1994. It has been reported that authorities believed that killing Jeffrey would earn a convict “an honoured place in the prison world”.

Before his murder, there was another attempt on his life in 1992, but it failed. Another reason for his death was that he was known for upsetting his fellow inmate. It has been reported that Christopher always used to keep a news clipping of Jeffrey’s cannibal crimes in his pocket.

When Jeffrey died, Rita Isbell claimed in an interview that she had anticipated his slaying in prison way back. She claimed to have received phone calls from men claiming to be prison inmates and promising her that he would be taken care of.

Rita Isbell has once again spoken up, recalling the traumatic moments of what happened decades back. She narrated that Netflix’s new series “Monster” is all about money. However, she is not money hungry, but it would have been better if they had paid some amount to the victim’s children and grandchildren. “If the show benefited them in some way, it wouldn’t feel so harsh and careless,” she concluded. Here is a glimpse of the details that remained undisclosed to date. Hear it straight from Rita:

“When I found out I could read a victim impact statement, I knew I was going to let Jeffrey Dahmer have it. I just didn’t know what I was going to say. I hadn’t written anything down. If I had, I would’ve torn it up anyway. It wouldn’t have gotten read. That was my first tier being in front of him. Whatever I thought I was going to say, that didn’t happen. It all just came out in the moment.

My plans were to get up there and say how it made my mother feel and what it did to her and all this other stuff. But no, when I got in front of his face it was a whole new ball game. I recognized evil. I was face-to-face with pure evil. I wasn’t scared. That’s not me at all. I never had a scared bone in my body. I believe he knew that too. And then I was angry because he wouldn’t look at me.

The reason why I said what I said during that impact statement was because, during the trial, they were portraying him as being so out that f control he couldn’t stop himself. But you have to be in control in order to do the things that he was doing. You have to very much be in control.

So that’s why I said: ‘Let me show you what out of control is. This is out of control.’ I was out of the body. I wasn’t myself at that moment. Whatever I had on the inside, I let it out. I didn’t hold it in and later say: ‘Oh, I wish I had said or done this when I had the opportunity to.’ And I think I was speaking for a lot of the other family members of the victims. The officers that pulled me away were really nice to me. They asked me if I needed water. I told them I had a headache, and they offered me painkillers. They were understanding. And then right after that we went outside the courtroom and there were all these news people just rushing me. I didn’t even have time to get it together.”

When Rita confronted Jeffrey in the courtroom, she didn’t cry or lower her eyes like the families of other victims. She confronted Jeffrey by calling him a Satan. Rita showed this monster what was out of control.  She screamed and charged at him. The same has been showcased in the new Netflix series.

Where Is Rita Isbell Now? Rita Isbell has led a quiet life since Jeffrey’s trial in 1991. However, Rita appeared in the 2001 documentary ‘Serial Killers: The Real Life Hannibal Lecters’ to speak about how her family cd up withLindsey’ss traumatic murder. Since then, she decided to remain in the shadows.

Jeffrey Dahmer was killed on the morning of November 28, 1994,  when Christopher Scarver, Jeffrey and another inmate Jesse Anderson were assigned to work in the prison gymnastic toilet. During the time when the correctional officer left them unsupervised, Christopher found the opportunity and killed Jeffrey with a 20-inch metal bar, also killing the other inmate Jesse Anderson. As per his version, at that moment, he felt like “he was the chosen one”. 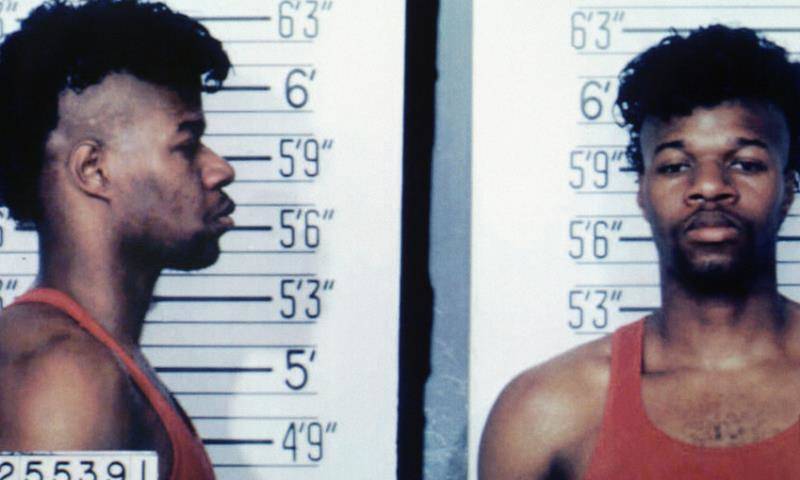 Immediately after Jeffrey was killed, Rita Isbell discussed some of the phone calls she received regarding the “Milwaukee Monster”. She stated that for two years, she would hear from men identifying themselves as prison inmates, offering their condolences and promising that Dahmer would be taken care of.

Now, Isbell, who is a mother and grandmother, came forward after 30 years to reveal some undisclosed details regarding this case. Rita has come to out speak about how angry her family is about this new show. For them, the show has re-traumatized the victim’s loved ones. As for her whereabouts, Rita prefers to keep her life private.