Pazuzu Algarad Case: How did he Become a Serial Killer?

Pazuzu Algarad was a notorious self-proclaimed Satanist killer. He was in limelight for 9 years between 2006 and 2015. Pazuzu lived a terrible life doing wicked things like sacrificing animals, drinking blood. It’s been nearly more than five years since his death but his story is no less than a horror film. We will try to know who he was and the crimes committed by him.

There have been numerous writing, documentaries, and web series to explain his case by several people in the last many years. His character was questionable and had terrifying looks. He was influenced by Satanism which made him a cold-blooded murderer.

Pazuzu Algarad – All that you need to know 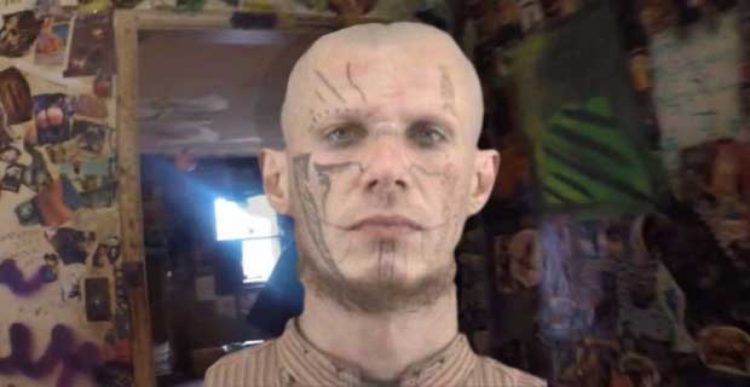 Pazuzu Algarad’s original name is John Alexander Lawson. He was born in a normal American family on 12th August 1978 in San Francisco, California. His parents Timothy J and Cynthia Lawson got married in 1971. Not many details are available about his early life. His parents got separated in 1990. After that, they relocated to North Carolina. Pazuzu spent most of his life with his mother at their residence in Winston-Salem, North Carolina.

Pazuzu has gone with a change of name for religious purpose 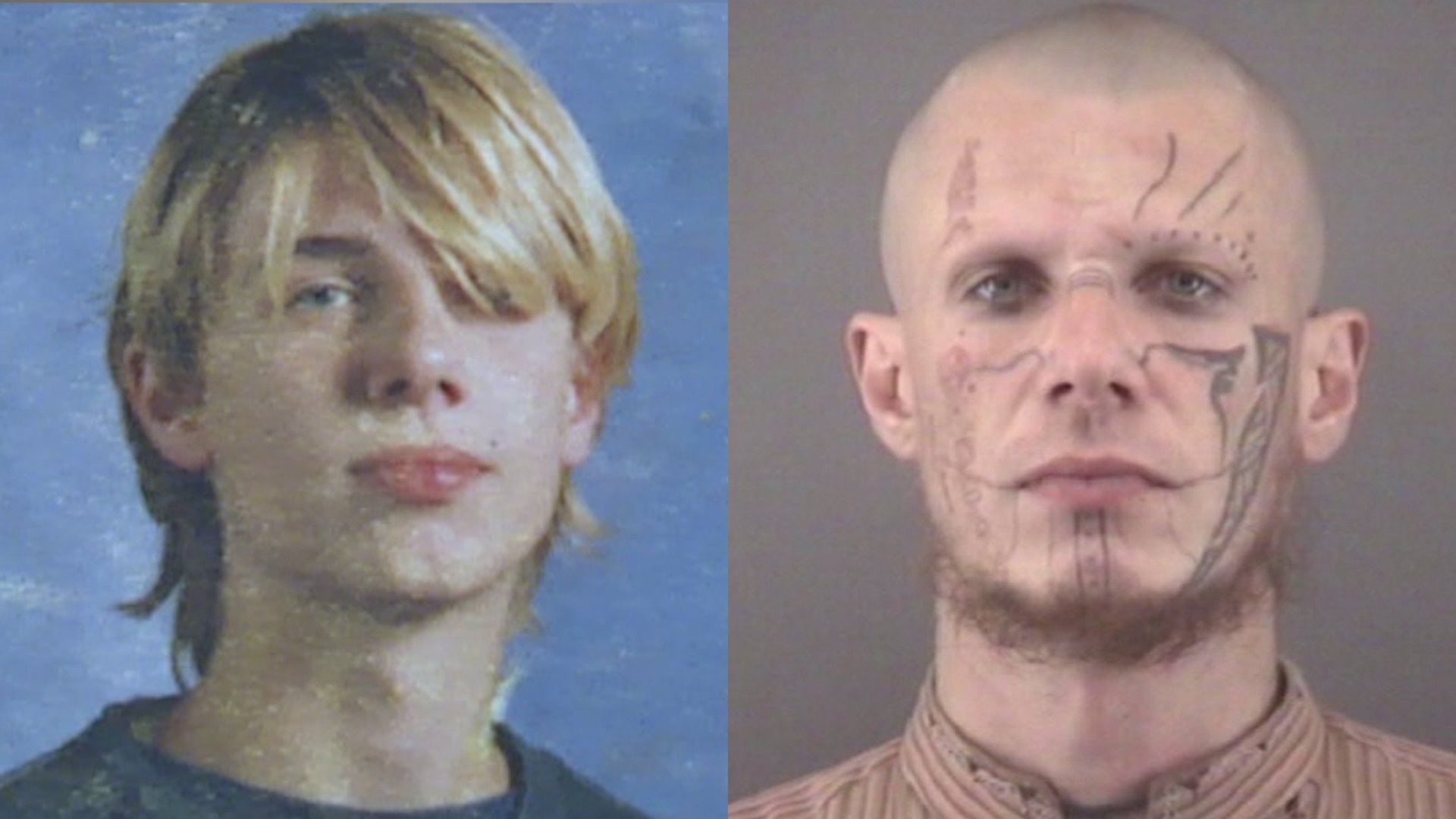 He was getting influenced by Satanism and was looking for a suitable name so that he will be remembered till his last breath and then at last he resolved to change his name in 2002.

He then settled for Pazuzu Illah Algarad, which was derived from a horror-based movie titled The Exorcist. Pazuzu is an Assyrian demon of ancient origin in the movie which was played by Eileen Dietz. He used to boast about himself that he has magical powers and he can control the weather.

When he was a teenager, Pazuzu was suffering from two mental illnesses, agoraphobia and schizophrenia. His mother tried her best to get good treatment and even consulted a psychiatrist. However, she could not afford it much. His mental condition deteriorated pretty quickly. These two illnesses had a long-lasting impact on Pazuzu as a child.

His mother said in an interview for The Devil You Know, “He wasn’t by any means an angel, but he wasn’t a bad person or a bogeyman or whatever phrases people have called him.”

Pazuzu started consuming alcohol as well as also using different drugs at the age of 13. As he grew up, he got addicted to these and it was part of his daily routine. He started getting violent and used to harm the animals around him.

Change in Pazuzu’s behavior at home

His mother noticed initial signs of violence when they were living in Clemmons. His mother was his first victim when he tried to approach her from behind and tried encircling her neck strongly with his arm. He was convicted of this wrongdoing but was just let off after being under probation for 12 months as he was a juvenile. Sometime later, Yadkin County employees found 30-year old Joseph Chandler’s body on a boat ramp at the park. Yadkin authorities have charged Pazuzu and Nicholas Pasquale Rizzi in connection with his death.

Pazuzu Algarad was living in a house that is unfit for a normal human being to even think of. It was in dire condition and was filled with garbage, animal dead bodies, empty bottles of alcohol and satanic symbols, pictures painted all over the place.

He has tattoos all over his body and face which made him look scary. He had a Nazi sign and a black demon tattooed on his body. His neighbors have noticed many times weird smells coming from his home. Few people have noticed that the tattoos had hidden satanic meanings like “Lucifer” and “666”. 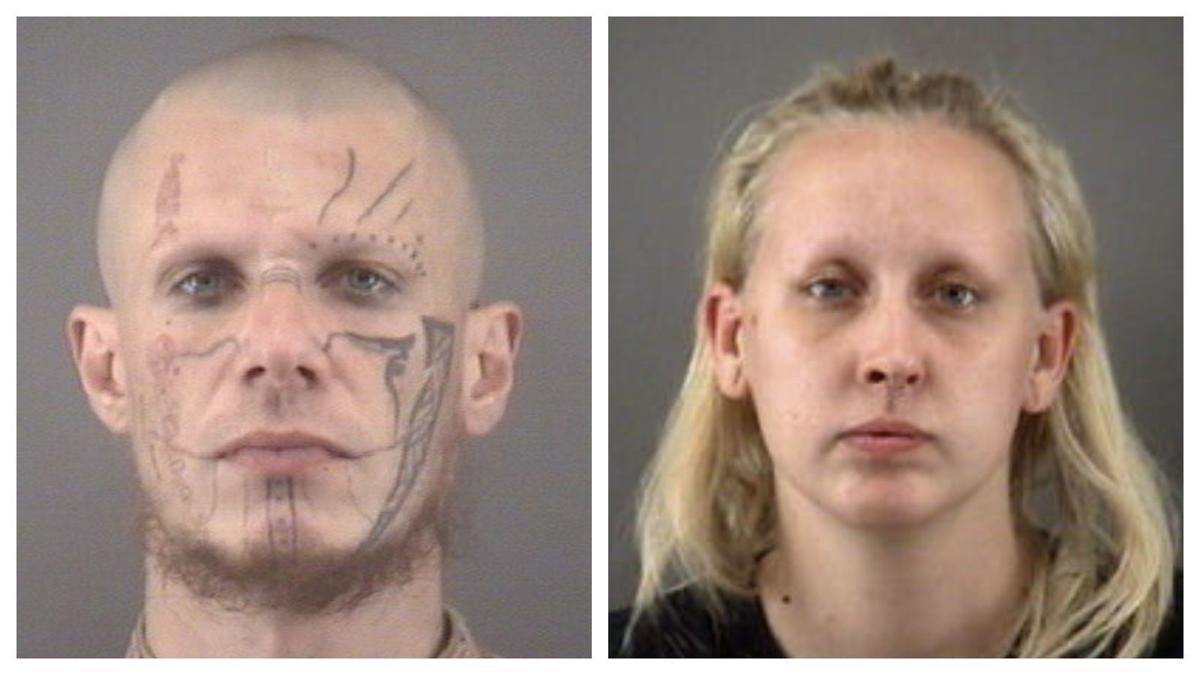 John Alexander Lawson aka Pazuzu had a partner in his crime. Her name was Amber Burch. Although they were not legally married, they both used to live together.  Amber had a criminal past just like Pazuzu. She was also involved when Pazuzu chokehold his mother. In the case of Tommy Dean Welch, Pazuzu Algarad’s alleged girlfriend Amber was pleaded guilty in 2017 for second-degree murder. She was also pleaded guilty to abetment of crime and robbery of arms along with murder charges. 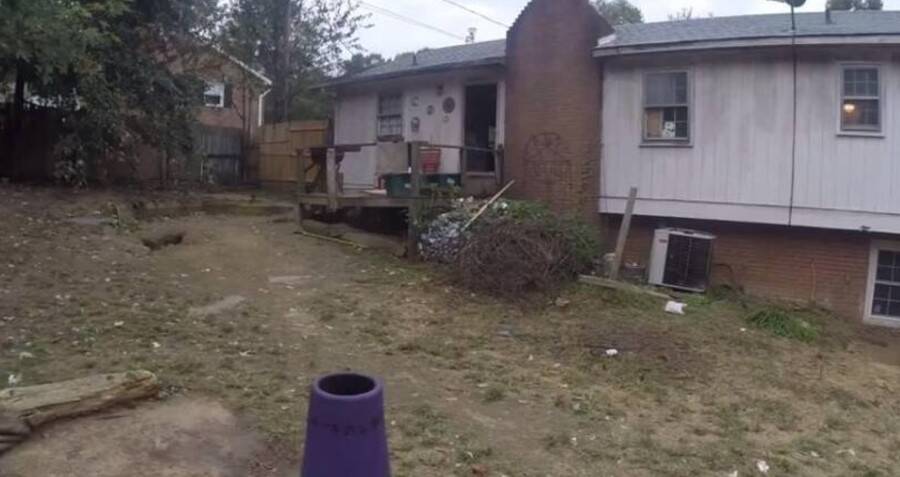 Pazuzu was arrested in 2010. Police executed a search warrant at his residence in Clemmons home along with a team of forensic experts to investigate the entire premises. Authorities were shocked to know that the two skeletons found were identified as Fredrick Wetzler and Tommy Dean who were missing since 2009. He killed both of them with help of his girlfriend who helped him in disposing of the bodies in his backyard. 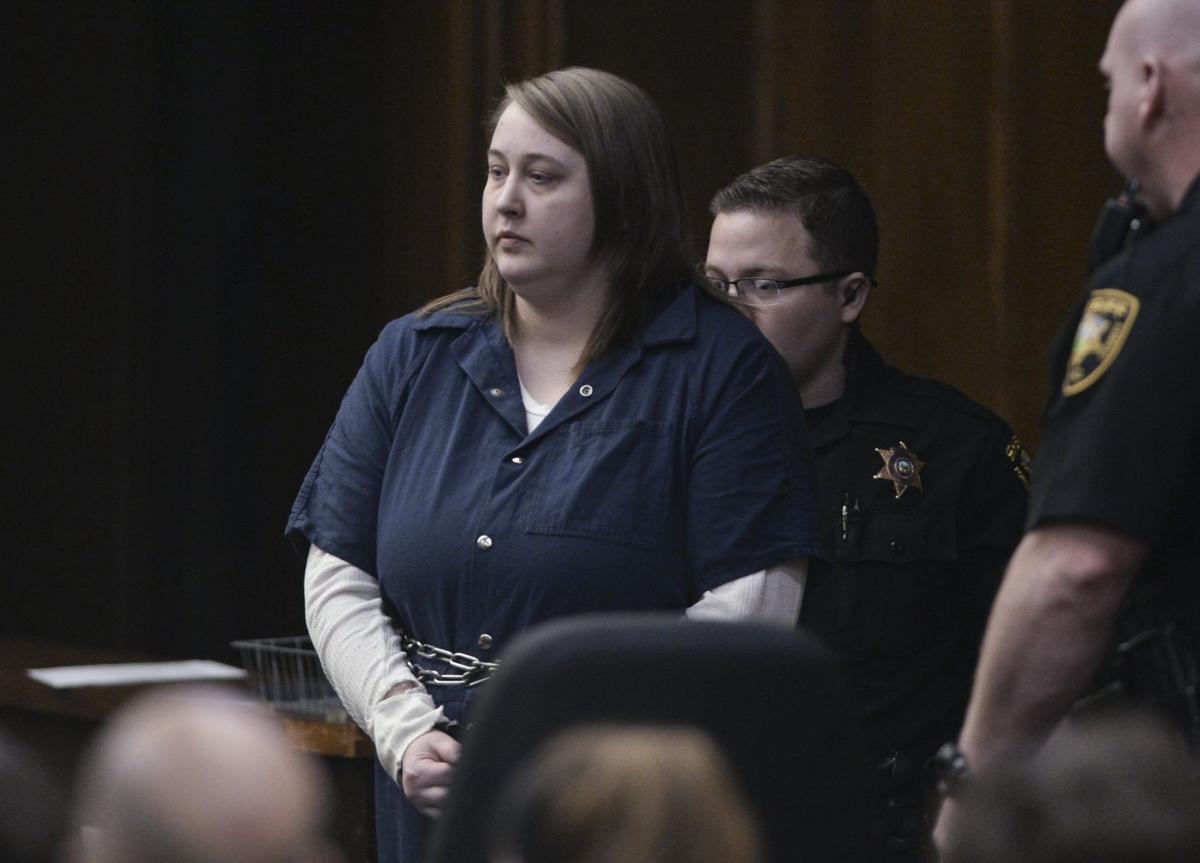 Cynthia James, his mother has expressed concern that Pazuzu might commit suicide unless he was allowed to give “dark moon” animal sacrifice. He was fit to undergo trial as Psychiatrists after doing thorough consultation concluded that he was suffering from schizophrenia, agoraphobia, and alcoholism. 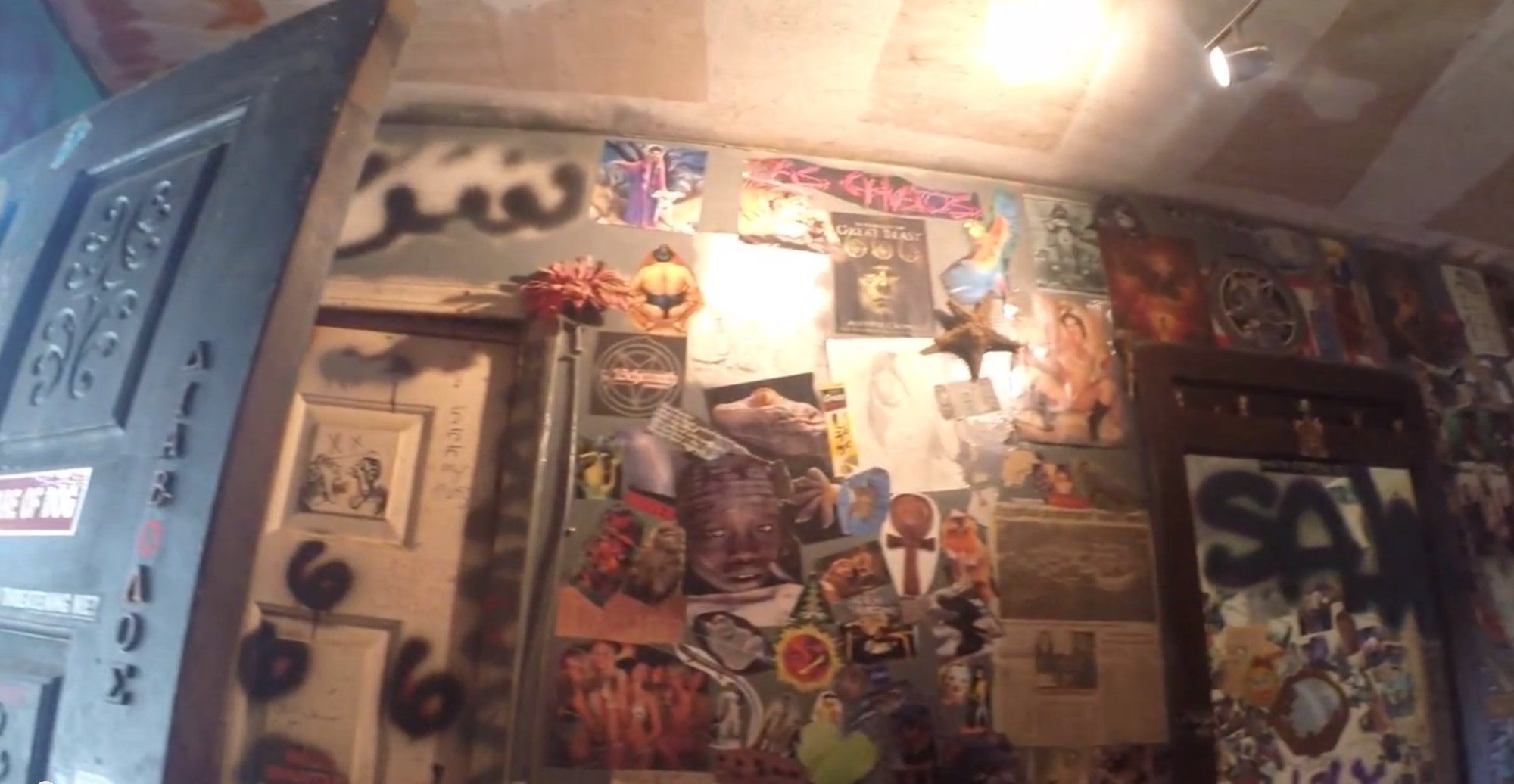 There are been many theories developed to explain the death of Pazuzu Algarad however, Pazuzu killed himself in prison. He was moved from one prison to another for security and safekeeping purposes. Authorities have noticed on the morning of 28th October 2015 that he was not responding and found a wound on the upper part of his left arm. He lost a lot of blood by then and was pronounced dead.

Investigators found that he might have used something very sharp to cut himself but were not sure what that was. There were rumors that he bit his arm with teeth. The autopsy report has revealed that because of excessive blood loss he died. There were few things like an electric razor and a clear bottle with red fluid which were found in his cell.

It’s been a long time since Pazuzu Algarad passed away. However, he left his footprints on the minds of Clemmons residents who still cannot forget his horrific crimes in North Carolina.