10 Most Expensive Paintings in the World

They claim there’s no such thing as a must in art since art is free. Paintings are the most beautiful artifacts because they show how painters can use their creativity and talents to transform a simple object into something remarkable. Artists strive to depict not only the exterior look but also the inner appearance; each painting has its unique meaning. Let’s discuss about the world’s most expensive paintings.

10 Best Most Expensive Paintings In The World

Here is a list of the top 10 most expensive paintings in the world, crafted by the best artists, to serve as inspiration.

Salvator Mundi (Latin for “Savior of the World”) is a painting ascribed in whole our in section to Leonardo da Vinci, an Italian High Renaissance artist who lived between 1499 and 1510. The artwork depicts Jesus in an anachronistic blue Renaissance gown, clutching a transparent, non-refracting crystal ball in his left hand, marking his function as Salvator Mundi and signifying the ‘celestial sphere’ of the skies, while forming the sign of the cross with his right hand. 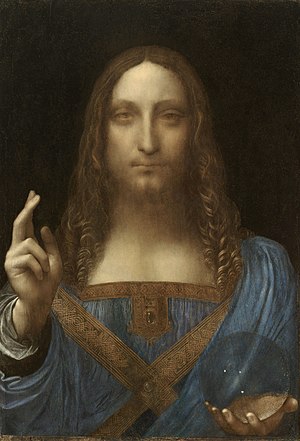 Christie’s in New York auctioned the painting to Prince Badr bin Abdullah for US$450.3 million on November 15, 2017, setting a new record for the most expensive painting ever sold at public auction. However, it vanished from all records between 1763 and 1900, until it was recovered in 2005 by a group of British art traders. 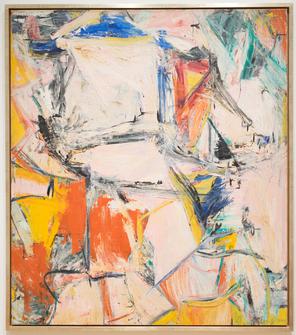 A fleshy pink lump in the center of the image represents a seated woman. In September 2015, the David Geffen Foundation sold it to Kenneth C. Griffin for $300 million, making it the second most expensive artwork in the world.

The Card Players is a sequence of oil paintings by Paul Cézanne, a French Post-Impressionist painter. There are five works in the series, all painted during Cézanne’s final era in the early 1890s. The game’s size, number of players, and setting all differ between versions.

In preparation for The Card Players series, Cézanne made various drawings and studies. In 2011, the Royal Family of Qatar purchased one version of The Card Players for $250 million (about $287.6 million today).

When Will You Marry? is an 1892 oil painting by Paul Gauguin, a French Post-Impressionist artist. It was privately sold by the family of Rudolf Staechelin to Sheikha Al-Mayassa bint Hamad Al-Thani in February 2015 for close to US$210 million after being on display at the Kunstmuseum in Basel, Switzerland, for over half a century. 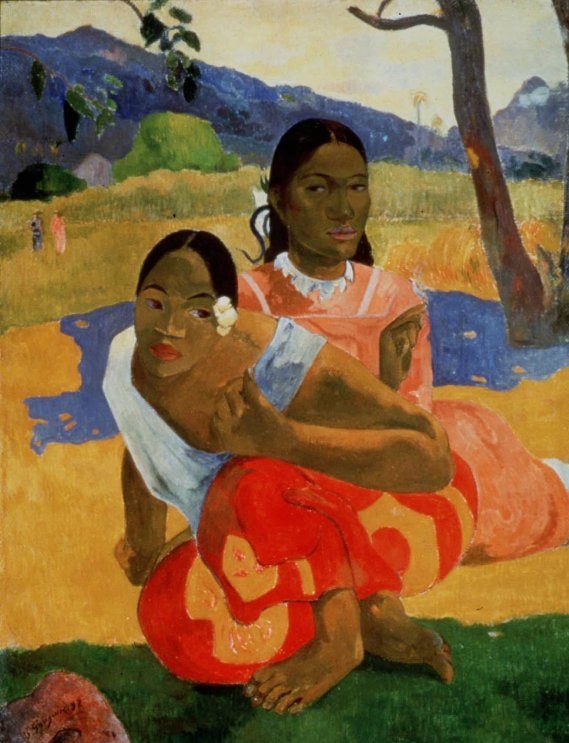 The year was 1891, and Paul Gauguin was on his first trip to Tahiti, where he began his love affair with the island and its women. Gauguin painted the post-impressionist Nafea Faa Ipoipo (When Will You Marry?) in 1892, which was an inspiration to many modern artists.

Jackson Pollock’s abstract expressionist work Number 17A. Kenneth C. Griffin, a hedge fund investor, bought it from David Geffen in September 2015 for $200 million, a then-record-breaking cost, and loaned it to the Art Institute of Chicago at the time. 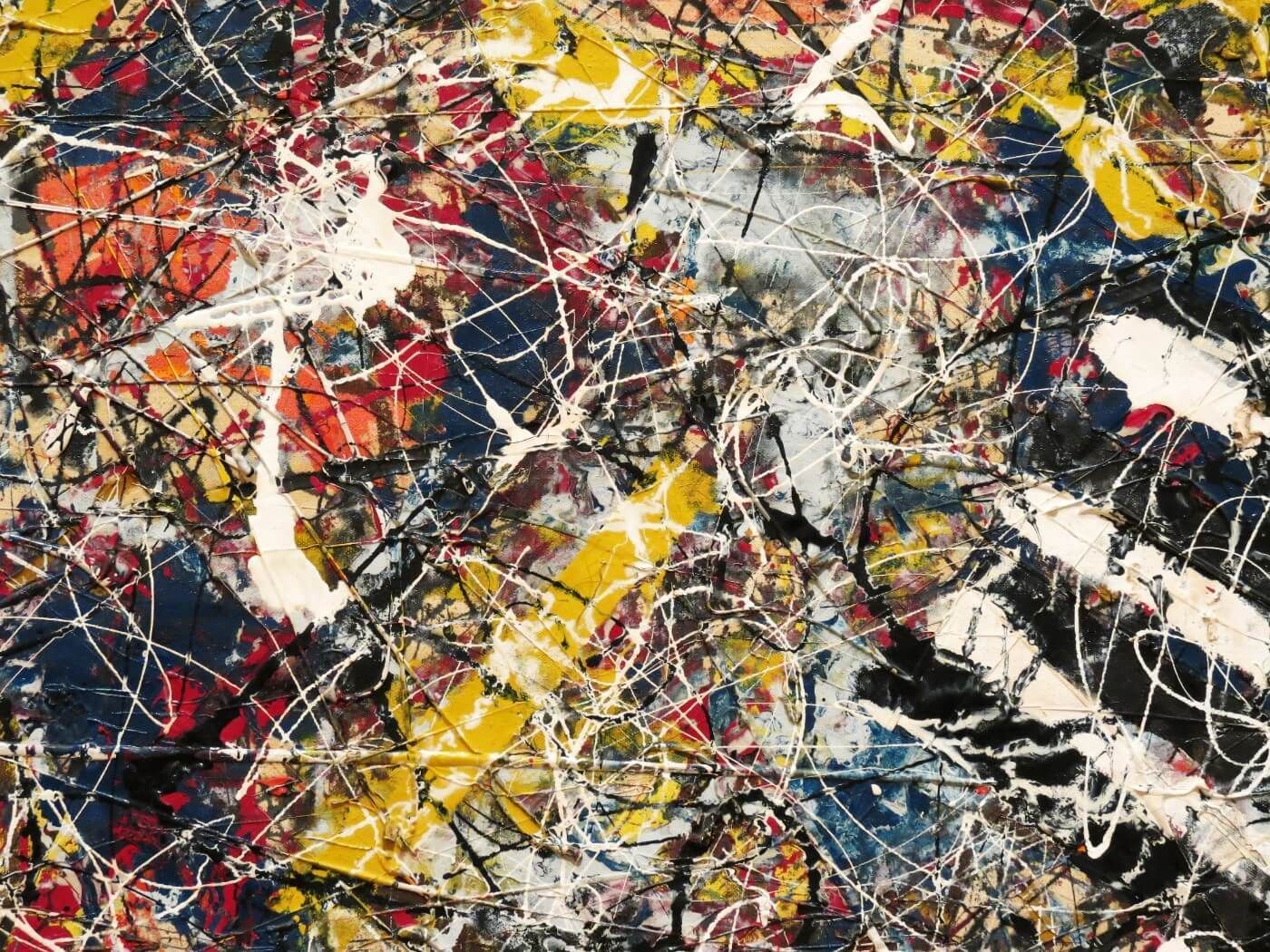 It is presently the fifth most expensive painting in the world. The painting is a drip painting made by spraying paint over a horizontal surface with oil paint on fiberboard. It was painted a year after Jackson Pollock’s drip method was launched.

The painting has a long and illustrious history. It was captured by the Nazis during World War II, and it has recently been the subject of a dispute over its record-breaking 2013 auction. It is the 6th most expensive painting in the world and the most expensive Klimt work to sell as of December 2019.

Mark Rothko’s artwork No. 6 (Violet, Green, and Red) is an abstract expressionist painting by the Latvian-American artist. In 1951, it was painted. No. 6 has broad fields of color demarcated by uneven, hazy tones, as do Rothko’s other works from this period. It was one of the most expensive paintings sold at auction in 2014. 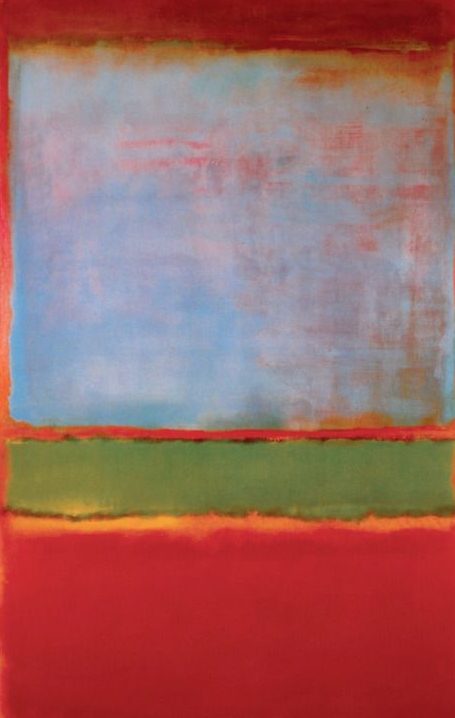 Marten Soolmans and Oopjen Coppit’s pendant portraits are Rembrandt’s full-length wedding portraits. They were painted in 1634 to commemorate Marten Soolmans’ marriage to Oopjen Coppit. Formerly owned by the Rothschild family, they were purchased jointly by the Louvre Museum and the Rijksmuseum in 2015 after both museums contributed half of the €160 million purchase price, a record for Rembrandt paintings.

The series Les Femmes d’Alger by the Spanish artist Pablo Picasso consists of 15 paintings and several drawings. The Women of Algiers in their Apartment, by Eugène Delacroix, was the inspiration for the series, which was made between 1954 and 1955. The series is one of numerous Picasso created in honor of painters he liked.

In June 1956, Victor and Sally Ganz purchased the full series of Les Femmes d’Alger from Galerie Louise Leiris in Paris for $212,500. The Ganzs later sold ten works from the series to the Saidenberg Gallery, with the couple keeping versions. Many of the series’ individual paintings are now in significant public and private collections.

Nu couché is an oil on canvas artwork by Amedeo Modigliani, created in 1917. It’s one of his most extensively shown and replicated paintings. On November 9, 2015, the painting sold for $170,405,000 at a Christie’s New York auction, setting a new record for a Modigliani painting and placing it among the most valuable paintings ever sold. Liu Yiqian, a Chinese businessman, was the buyer.

That was it, 10 of the world’s most expensive paintings, that people adored and for which they spent astronomical sums of money. Let us know which is your favourite painting.