10 Most Expensive Colleges in The US

Colleges in the United States are unquestionably expensive, some are just more so than others, and this includes all fees, education, tuition, books, and so on. It also depends on whether you attend in-state or out-of-state. Financial help is available at the most expensive private college. These colleges may be less expensive than an in-state public university, depending on your family’s income. And, of course, the colleges are definitely pricey, but the education is incredible. Most of these colleges are also on the lists of the world’s greatest colleges, and many students’ goals are to attend these amazing institution for their education purposes. We’ve researched & compiled a list of ten extremely pricey colleges in the United States. 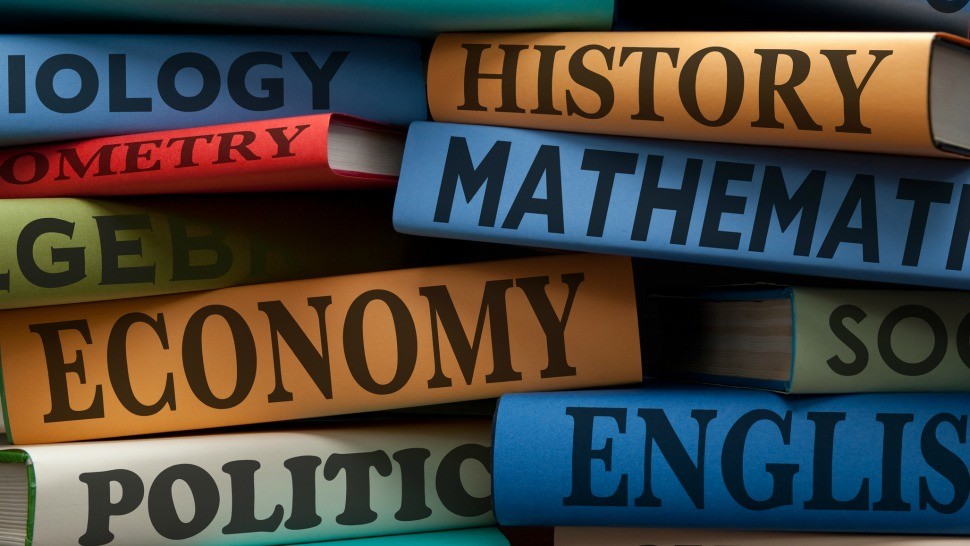 10 Most Expensive Colleges In The US

The following is a list of the ten most costly colleges in the United States, which includes all of the previously listed charges. For a better perspective, we also mentioned the acceptance rate.

A University of Chicago student pays $81,531 each year. The University of Chicago is frequently ranked among the top ten most challenging colleges to get into in the country. This charge includes tuition of $57,642, housing and board of $17,004, books and supplies of $1,800, and additional expenses of $2,910.

The greatest thing about the University of Chicago is that it encourages you to embrace your authentic self, discover fresh and unique perspectives on the world, and flaunt your intellectual curiosity. The University of Chicago is one of the country’s two most prestigious institutions, placing second and third on U.S. News’ list of America’s best colleges, respectively. 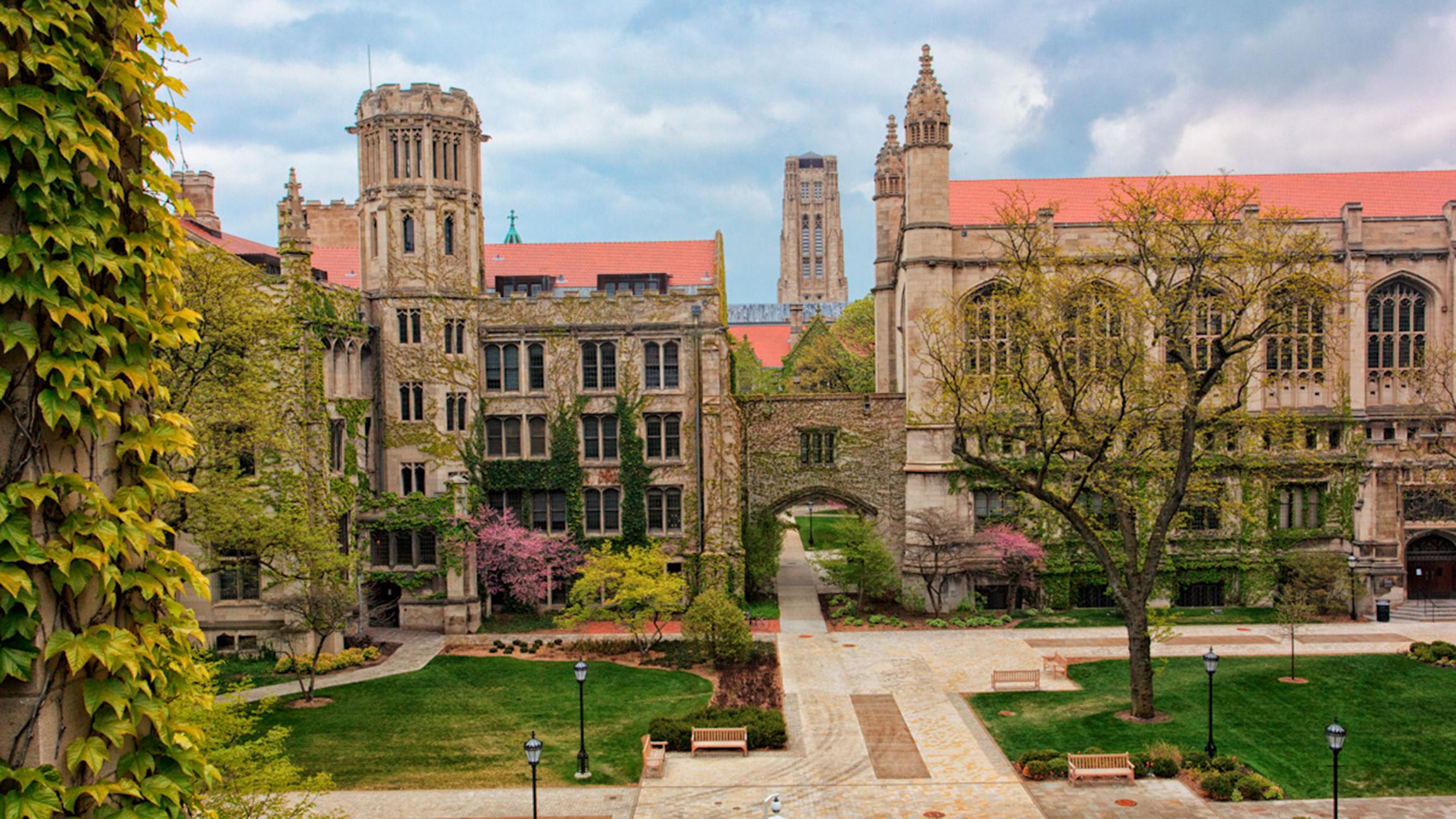 University Of Chicago talks about how hard they work to accept students from disadvantaged backgrounds. Students from households earning less than $125,000 (with normal assets) will receive free tuition, according to University Of Chicago. Families with incomes of less than $60,000 will be provided with a full scholarship. The costs are extremely exorbitant in comparison to other universities, but it is well worth it.

Columbia University is the second most expensive college in the United States, with a tuition charge of $61,788 and expenses such as books and on-campus housing and board of $17,964. Columbia University is one of the world’s most prestigious research institutions, with a history dating back 267 years, ranking it the US’s 5th oldest higher education university.

When it comes to an university like Ivy League Columbia University, that number is only boosted by the fact that it is located in New York City, which is not only the most pricey city in the United States, but also the seventh most expensive city in the world. The Ivy Leagues are regarded as the top educational institutions in the world. 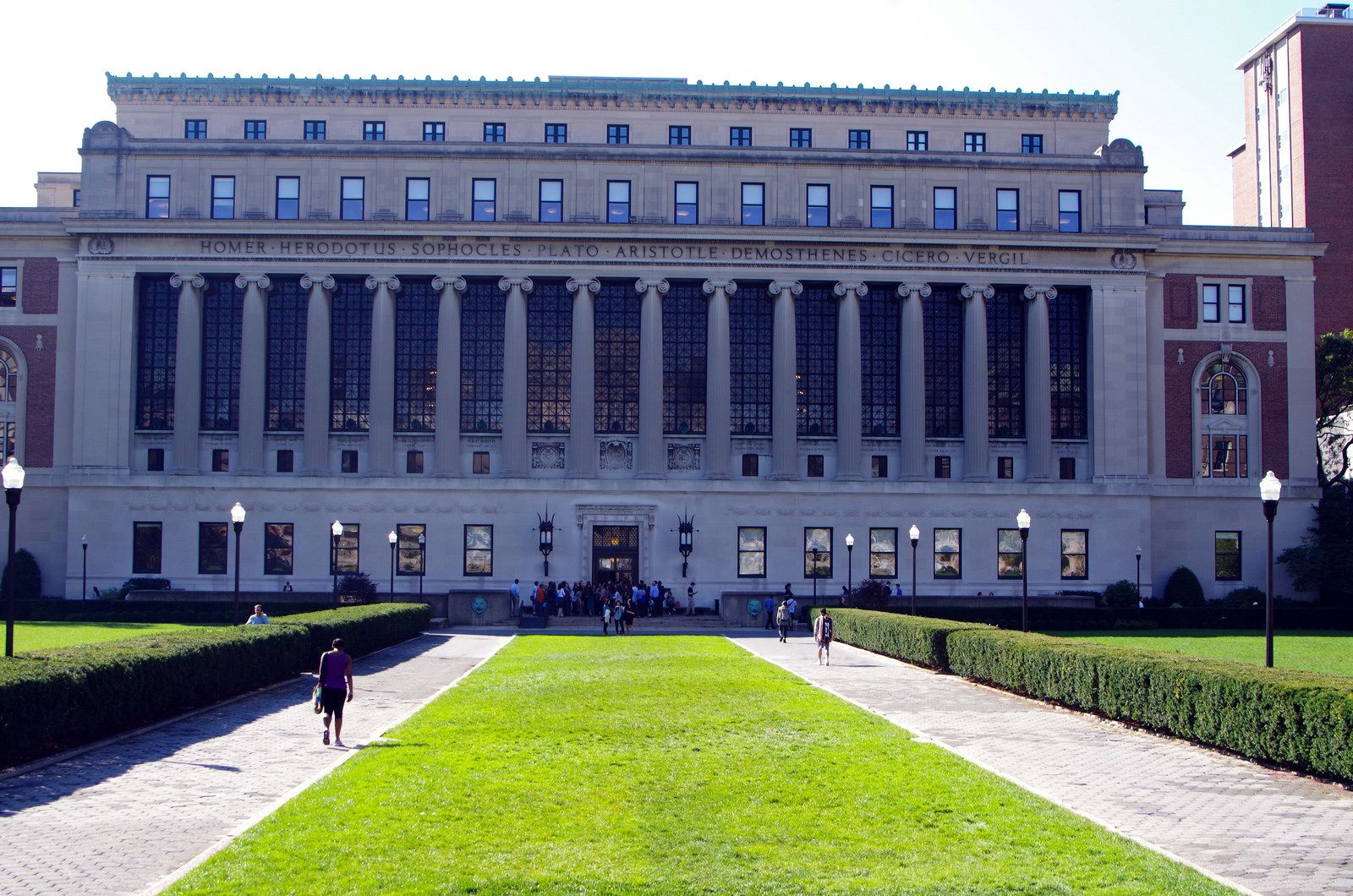 Columbia has developed some of the most amazing inventions in the world. The Manhattan Project was a massive project that took place during World War II. Columbia University researchers developed the very first nuclear weapon, the atomic bomb. Columbia is a remarkable university that continues to take the record due to the high quality of graduates it generates each year. The university has a long history of outstanding students, including four presidents.

Harvey Mudd Institution is a science and engineering-focused private college in Claremont, California. It is part of the Claremont Colleges, which coordinate campus facilities and resources with each other. It is ranked #23 on our list of the best engineering schools. Harvey Mudd College’s tuition fees are $58,660, plus other expenses such as books and on-campus accommodation and board of around $20,879. National Liberal Arts Colleges is Harvey Mudd College’s ranking in the 2021 edition of Best Colleges. 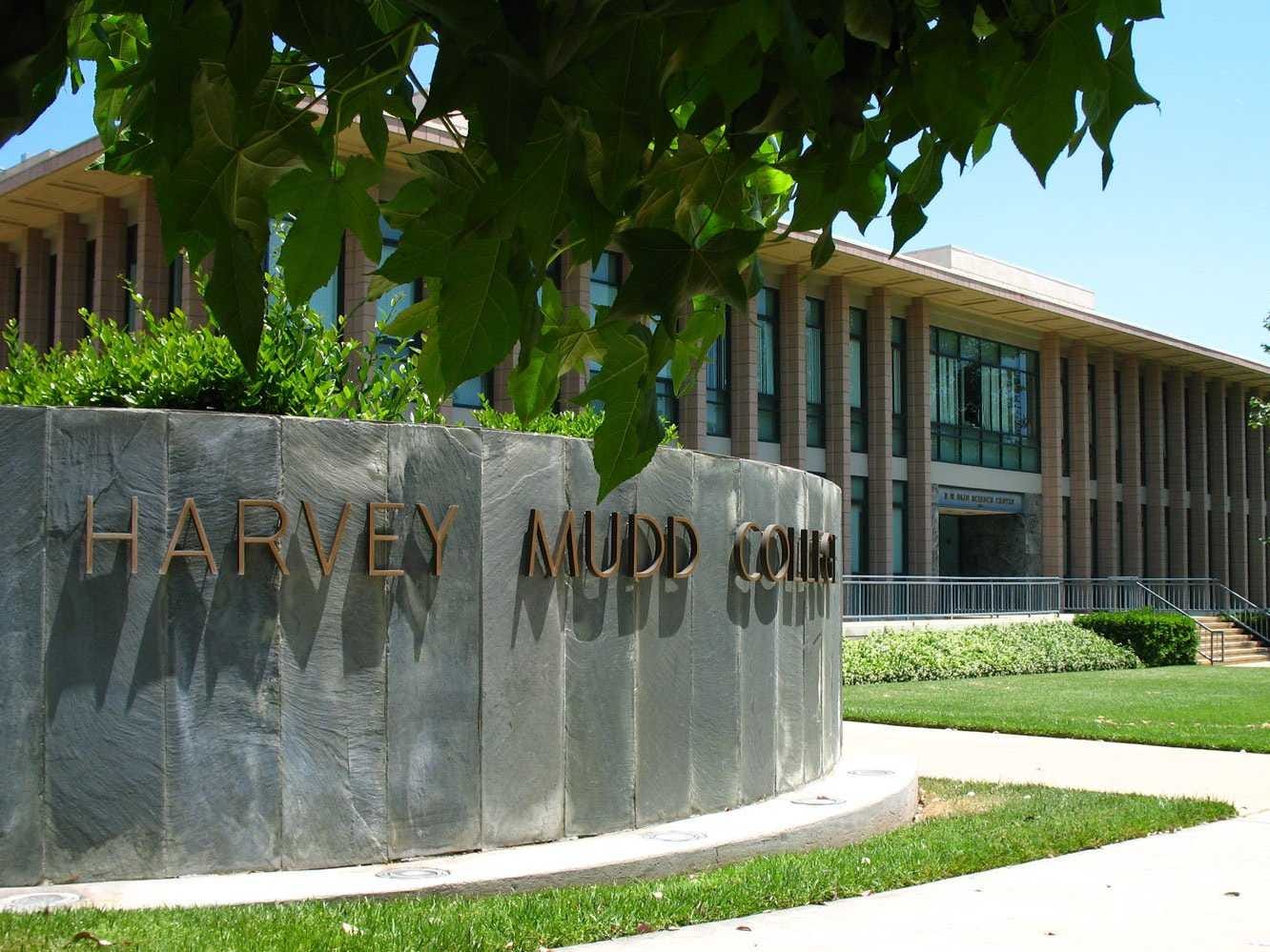 They train engineers, scientists, and mathematicians to become leaders in their areas and to comprehend the social consequences of their work. Harvey Mudd College also offers nine engineering, scientific, and math degrees, all of which are built on a strong core curriculum that involves a healthy amount of arts and social science courses.

Northwestern University is an Evanston, Illinois-based private research university. Northwestern University, founded in 1851, is Illinois’ oldest recognized university and one of the world’s most prestigious intellectual universities. There are eleven undergraduate, graduate, and professional schools at the university. Tuition fees are approximately $56,691 and other costs like as books and on-campus accommodation and board are around $21,963, making it the fourth most expensive university in the United States on our list. 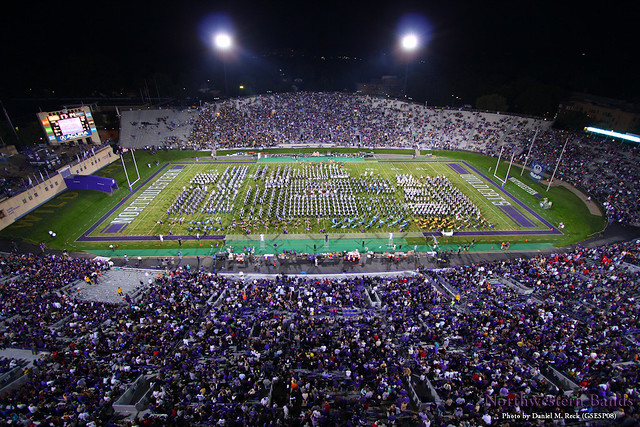 David Lawrence Schwimmer, who played Ross Geller in the sitcom Friends, is a Northwestern University graduate. Undergraduates at the University don’t compromise for less; they analyze and interact beyond disciplines, build relationships that lead to many different discoveries, and mix areas of study to personalize their curriculum. A diverse college community that embraces these chances with zeal.

A year of education at Barnard in New York City costs $78,044, which includes $57,668 in tuition and $20,376 in miscellaneous expenses such as books and on-campus accommodation and board. Barnard College, part of Columbia University, is a New York City-based private liberal arts college for women. Women at Barnard College can experience two extremes of learning small, liberal arts school and a large, coeducational Ivy League institution—all the while relishing an urban lifestyle in New York City. 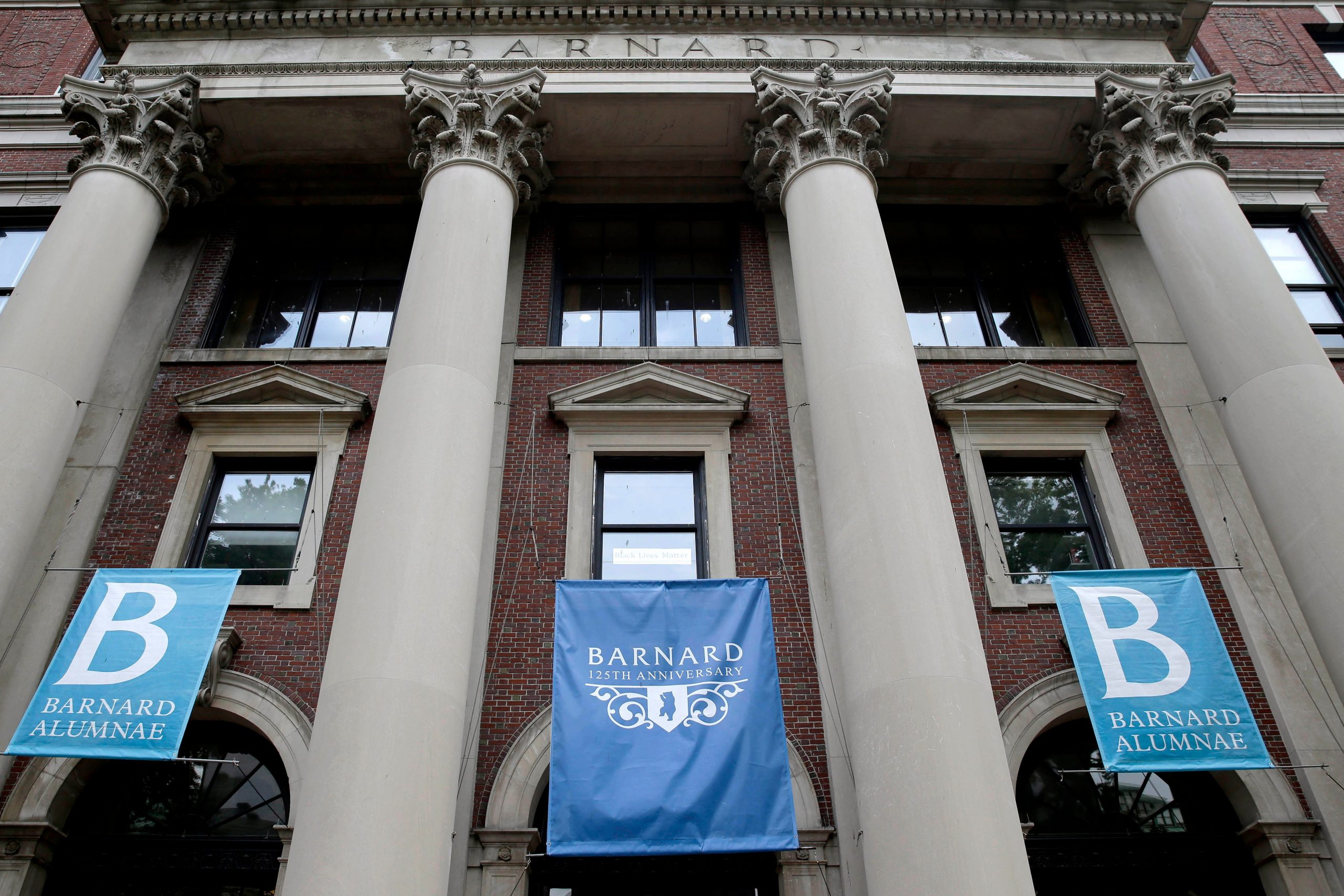 Barnard is exceptional in its educational goal and retains an independent institution, faculty, administration, trustees, operational budget, and endowment, despite its longstanding partnership with Columbia University. Barnard’s location in New York City and association with Columbia University combine to keep fees expensive, although the school commits to satisfy 100 percent of demonstrated financial requirement. 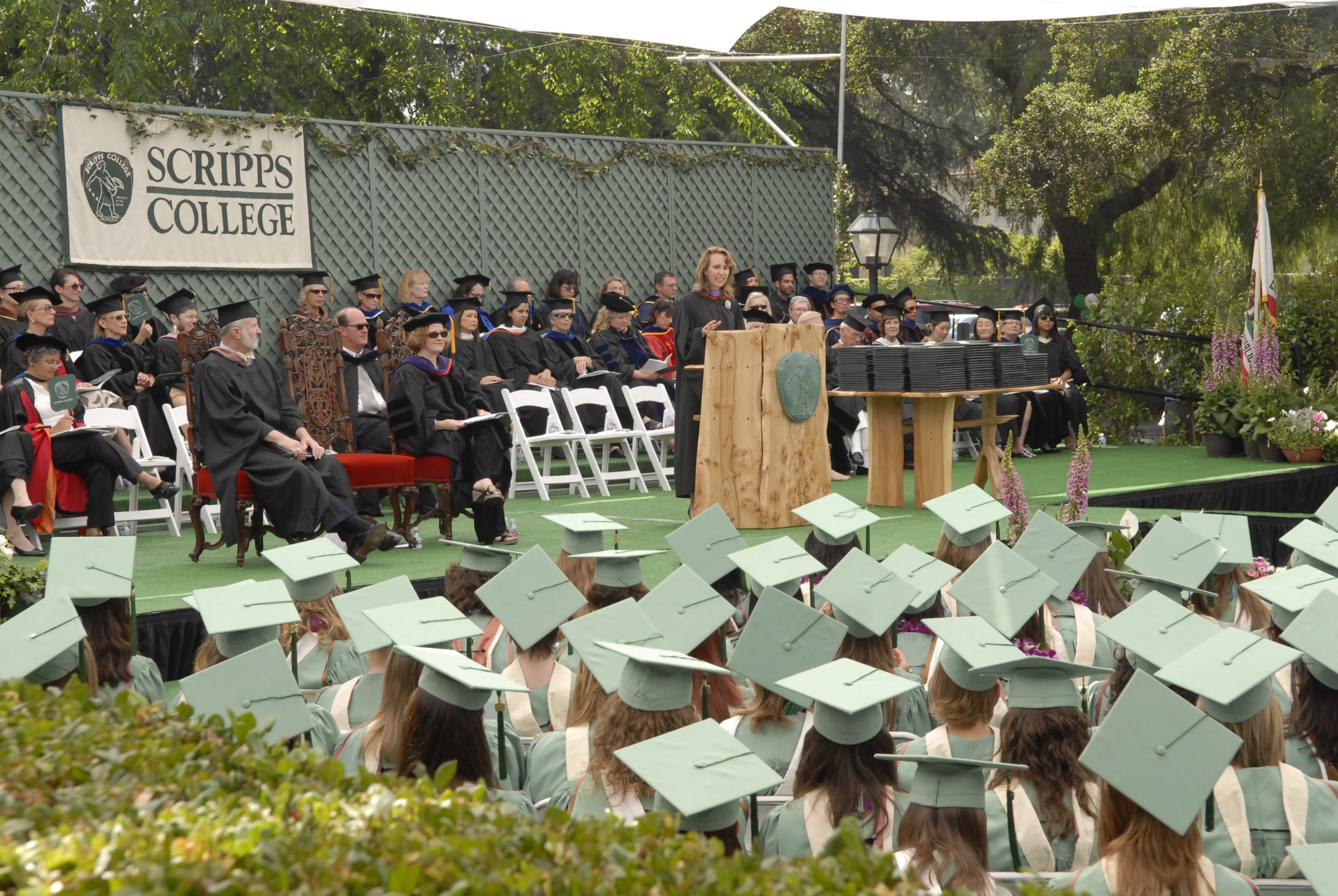 It is widely regarded as Western America’s most prestigious women’s college. Scripps College’s admissions procedure is quite competitive. Although Scripps is pricey, the college guarantees to cover 100 percent of demonstrated financial necessity. You have a good chance of getting into Scripps College if your GPA, SAT/ACT scores, and other application requirements are met.

Brown University, located in Providence, Rhode Island, is a private Ivy League research university. It is the seventh-oldest college in the United States, and one of nine colonial universities founded before the American Revolution. Brown was the first college in North America to admit students regardless of their religious background when it opened its doors. The cost of tuition at university is around $58,404. While other costs such as books, on-campus lodging and board are approximately $19,086. 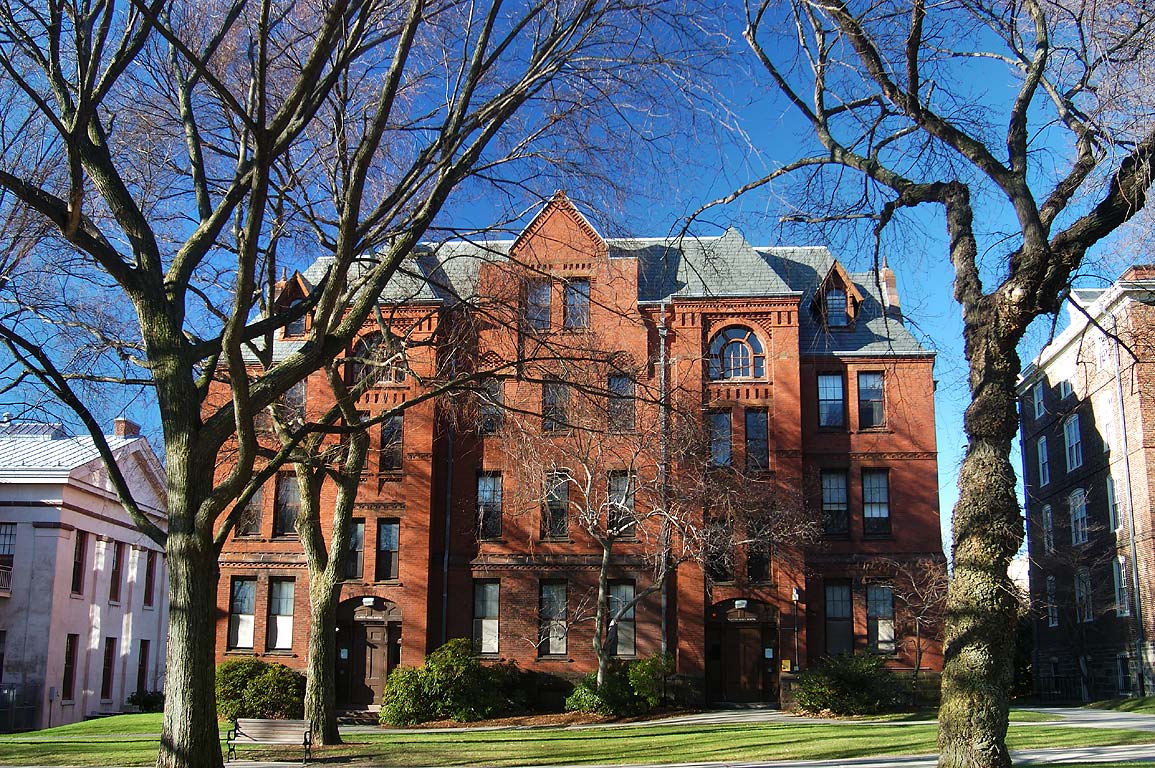 In national and international rankings, Brown is ranked among the best universities in the world. U.S. News and World Report placed the university No. 14 and gave it excellent ratings in a variety of higher education rankings that looked at academic experience, undergraduate research, return on investment, and other factors.

The University of Southern California is a Los Angeles-based private research university. It is the oldest private research university in California, originally founded in 1880 by Robert M. Widney. The tuition cost is $58,195, with an additional $19,264 for books and on-campus accommodation and meals. Los Angeles has evolved into one of the major cities in the United States, and the University of Southern California has gained in reputation. 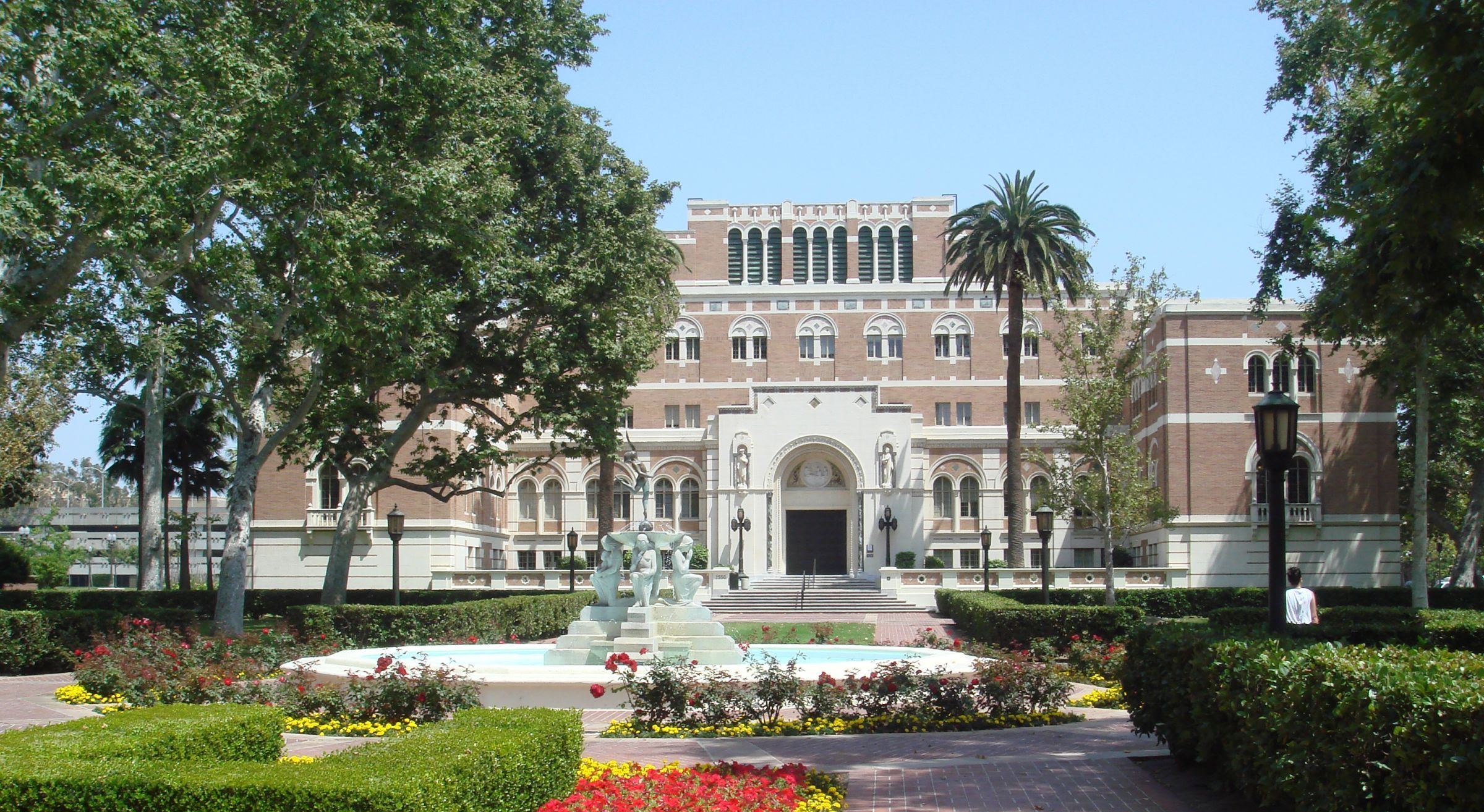 The university is composed of one liberal arts school and twenty-two undergraduate, graduate and professional schools. The Annenberg School for Communication and Journalism, as well as the highly regarded School of Cinematic Arts, are both located at USC.

The University of Pennsylvania is a private Ivy League research university in Philadelphia, Pennsylvania. The university was founded in 1740 as the College of Philadelphia and is one of nine colonial colleges operated before the United States Declaration of Independence. Tuition is approximately $57,770, with extra costs such as books and on-campus lodging and board approximately $19,494. Penn is divided into four undergraduate colleges and twelve graduate and professional schools. Penn also houses the first “student union” building in the United States, as well as the first Catholic student club in the continent. 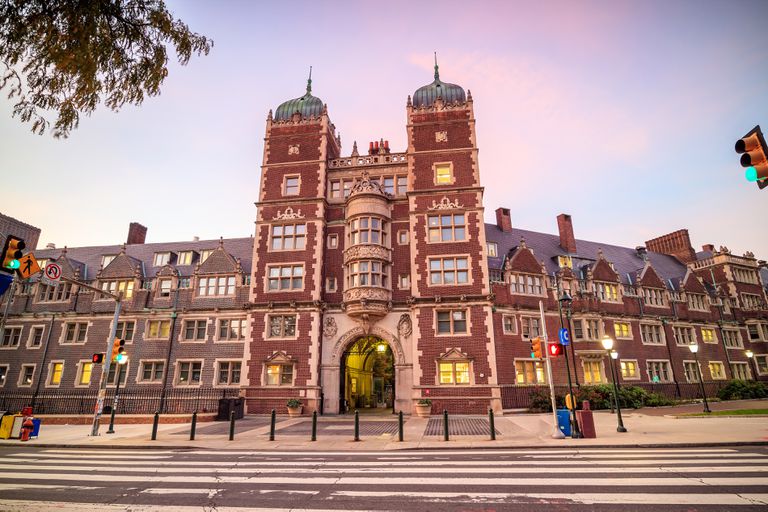 Dartmouth College, a New Hampshire Ivy League university, charges students $77,152 a year. Which combines a $57,638 tuition charge and $19,514 in other expenditures. It is the ninth-oldest college in the United States and one of the nine colonial colleges established prior to the American Revolution. Dartmouth is recognized for its challenging curriculum, Ivy League prestige, and small class sizes on the one side. The college, on the other hand, is known for its Greek life, rural surroundings, and outdoorsy atmosphere. Several institutional rankings consistently place Dartmouth among the best institutions in the United States. 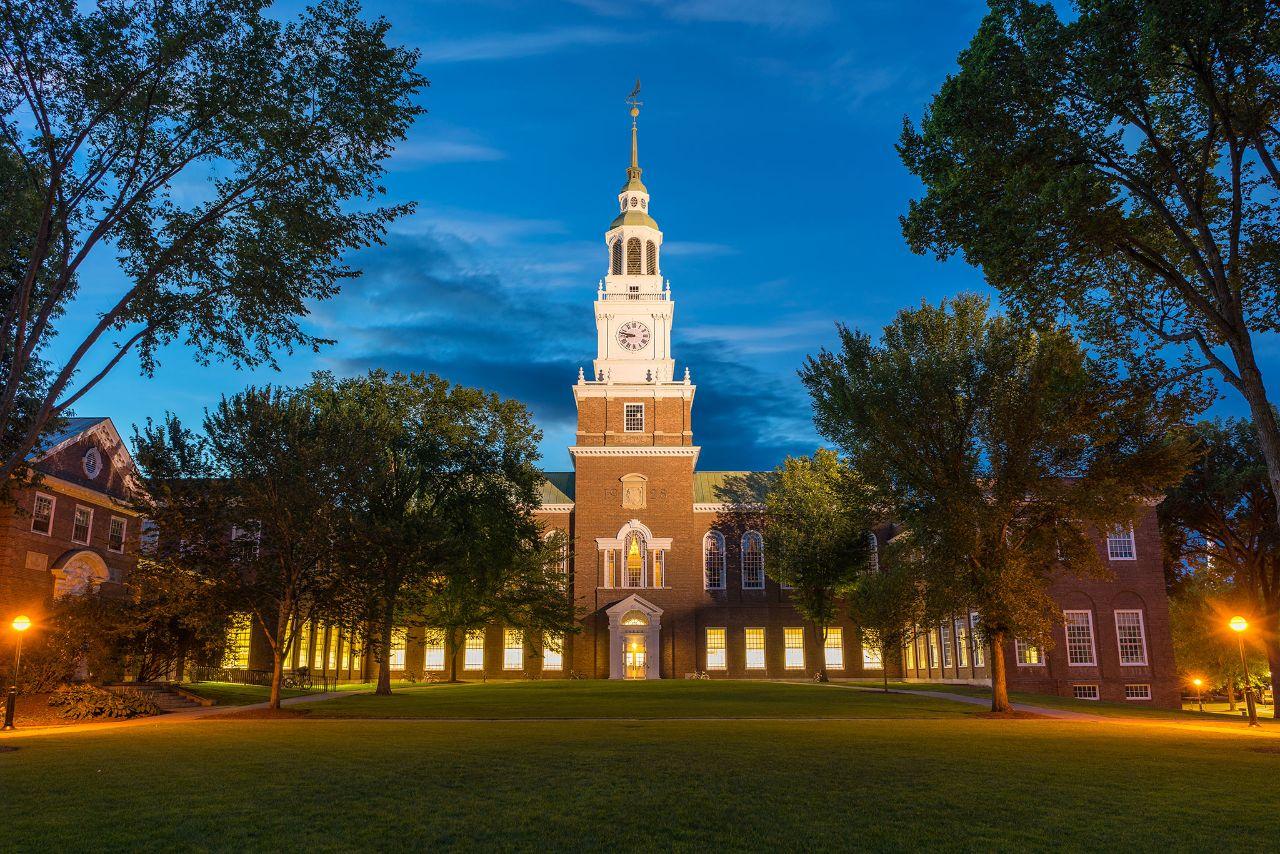 These are the top 10 most expensive colleges in the United States. Also, it’s tempting to have sticker shock when spending more than $70,000 per year in tuition, but keep in mind that the sticker price is only part of the narrative. Examine the true cost of a college after accounting for financial aid and scholarships. So, if you were just ‘curious’ about the costs of college in the United States, we hope your curiosity has been satisfied.