Many think that Meghan Markle and her father, Thomas Markle got strained since the royal wedding, but in reality, it has always been ‘complicated’, as suggested by her childhood boyfriend, Joshua Silverstein. While Meghan’s mother, Doria Ragland stood by her side, the Duchess of Sussex has been subjected to several public attacks by her father. Read on to learn more about Thomas Markle. Who Is Thomas Markle? 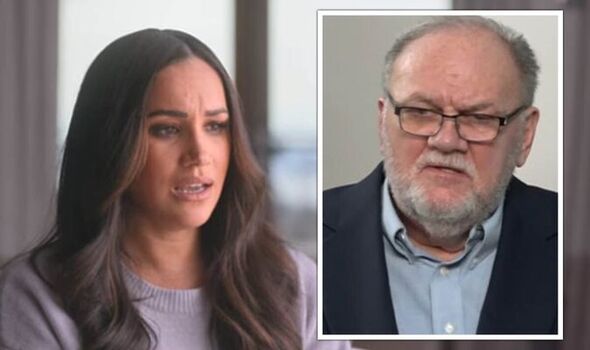 Thomas met Meghan’s mother, Doria Ragland, on the set of the television show “General Hospital”. Interestingly, he won two Daytime Emmy Awards for this series in 1982 and 2011. Apart from this, he also received a Chicago / Midwest Emmy Award in 1975 for his lighting work in “Made In Chicago”. Thomas also oversaw the lighting work of the Summer Olympics. Before marrying Doria Ragland, Thomas married Roslyn Loveless 1964, whom he met at the University of Chicago. The two share two children, Samantha Markle (born Yvonne Marie Markle) and Thomas Wayne Markle Jr. The couple divorced in 1975. If you aren’t aware, Meghan’s half-sister Samantha is the same person who blew off Meghan in the media for “cutting ties” and “discarding” her family.

Thomas later met Meghan Markle’s mother, Doria Ragland on the set of “General Hospital”. The two married in 1979 at the Self-Realization Fellowship Temple of Paramahansa Yogananda in LA. The couple gave birth to Meghan Markle in 1981 and then moved to San Fernando Valley in Los Angeles.

However, the couple split when Meghan was just 2 years old. The two faced a fair share of trouble in raising their daughter. Thomas Markle took care of Meghan as Ragland focussed on her career and took an air stewardess job. Later, she also changed jobs, working as a travel agent. Until 9, Thomas took care of Meghan and paid for her entire private education.

In addition to his job, he also helped with lighting for plays and musicals at Immaculate Heart High School, which Meghan attended. In 2016, Thomas Markle filed for bankruptcy over a debt of $30,000. There was a lot of buzz when Meghan’s father didn’t appear during Meghan’s royal wedding with Prince Harry. While Doria was by her side, none of her other family members was present. However, it was reported that Thomas underwent heart surgery days before her wedding, he later claimed that he never received an official invitation.

While many think that it all started with Prince Harry, Meghan’s childhood boyfriend  Joshua Silverstein claimed that the Duchess of Sussex and her father have always had a complicated relationship.

Joshua spoke about Thomas: “I didn’t see him often…but I did know that Meghan’s relationship with her dad was complicated and I understood that as most teenager-to-parent relationships are,” he explained. “Being there when Meghan’s parents were divorced at that time…it’s hard raising your kids without the secondary parent. It’s all challenging.”

As for his relationship with Meghan, Thomas has been truly outspoken about his strained relationship with his daughter since she started dating Prince Harry. Last year, he and Meghan’s half-sister Samatha claimed that Meghan ghosted all of her family.

When Meghan said during a 2021 CBS interview: “I grieve a lot. I mean, I’ve lost my father. I lost a baby. I nearly lost my name. I mean, there’s the loss of identity,” Thomas gave a befitting reply in an interview with Good Morning Britain.

He said: “She’s pretty much ghosted all of her family, on her mother’s side and my side. So, she really had no one to reach out to. She would’ve had us if she’d kept us. We all make mistakes.” He was sided by his daughter Samantha, who said that “depression is not an excuse for treating people like dishrags and disposing of them.”

On one side, Thomas spoke highly about the royal family, and on the other, he compared it to a “cult”. In 2020, Thomas stated: “They are either like Scientologists or the Stepford family. If they hear anybody say anything they just lock the doors. They need to speak up!” However, The Church of Scientology denied claims of being a cult. Thomas added, “They close the door, pull the shades down and put their fingers in their ears so they don’t have to hear. Maybe they have a secret handshake too! You cannot ask a question of them — as they won’t answer.”

Things went for a toss following Thomas and Samantha’s comments in 2020 when Meghan and Harry announced their royal exit. Samantha called the decision a “slap in the face”. She stated: “I think what is shocking is the lack of consideration for the people involved, the British royal family, the promises that were originally made to honour royal duties and to lead by example.”

Meghan’s father too blew attacks on his daughter in an ITV documentary Thomas Markle: My Story”. He said: “With Meghan and Harry separating from the royals, it’s disappointing to me because she actually got every girl’s dream. Every young girl wanted to become a princess and she got that and now she’s tossing that away. … It looks like she’s tossing that away for money.”

Thomas didn’t stop her. During an appearance on Good Morning Britain, he stated that Harry and Meghan’s decision to step down is embarrassing. “What they have decided to do is, to me, embarrassing,” he spoke on the show. Despite his strained relationship with Meghan, Thomas did send his greetings when Meghan gave birth to Archie.

“I’m delighted to hear that mother and child are doing well,” Thomas said in an interview. “I am proud that my new grandson is born into the British royal family and I am sure that he will grow up to serve the crown and the people of Britain with grace, dignity, and honour.”

Where Is Thomas Now?

Thomas Markle currently lives in Rosarito, Mexico. In May 2022, he was hospitalised after suffering a stroke. While we know that Meghan’s mother, who is also a yoga instructor, stood by her side and attended several events with Harry and Markle, Thomas has definitely kept his distance from Meghan. What do you think?