As Meghan Markle’s mother Doria Ragland opens up about Meghan’s early days with Prince Harry on “Harry & Meghan”., fans have developed an interest in knowing more about Doria. The 66-year-old yoga instructor has served as a rock for Meghan during her most troubled time. Read on to know more about this free-spirited and down-to-earth woman. 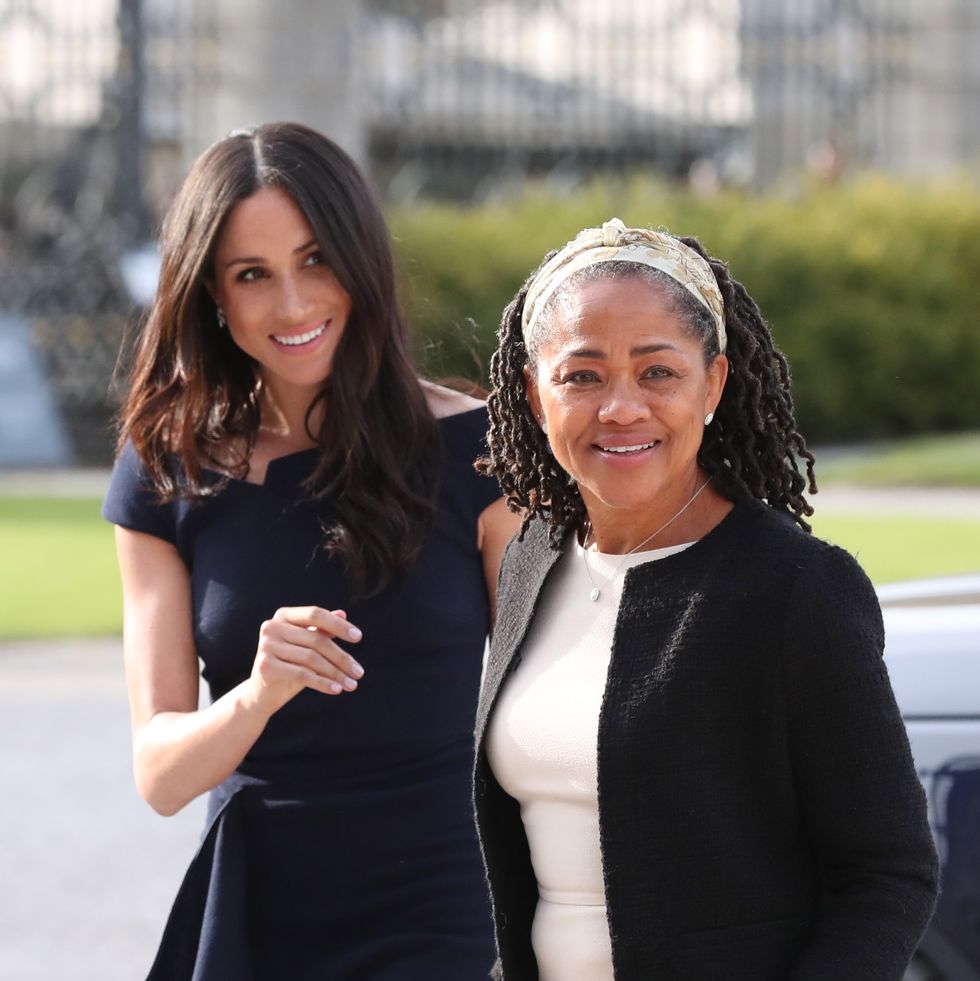 Meghan Markle’s mother, Doria Ragland is a 66-year-old former makeup artist and yoga instructor. The Duchess of Sussex’s mother is also an active social worker and earned a Master of Social Work from the University of Southern California in 2011.

Born in Ohio, Ragland met  Thomas Markle (now ex-husband) in the late ’70s on the set of the television show “General Hospital”. Back then, she was working as a temp assistant makeup artist. The couple moved to California after that.

After the couple gave birth to Meghan in 1981, they eventually moved to the San Fernando Valley in Los Angeles. She cleared California’s licensing exam in 2015 and became a social worker for three years at the Didi Hirsch Mental Health Services clinic in Culver City. The two faced a fair share of trouble in raising their daughter.

Thomas Markle took care of Meghan as Ragland to a job as an air stewardess. Later, she also changed jobs, working as a travel agent. She also owned a small business but filed for bankruptcy in the mid-2000s. Despite this, she continued to pursue her goal and even secured a Bachelor of Arts in psychology.

Doria Ragland Is A Fitness Freak! 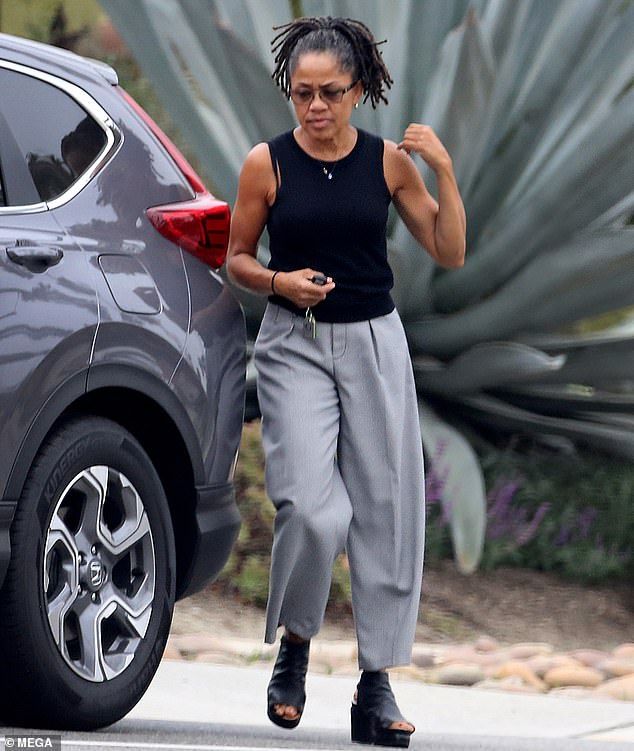 Wondering where Meghan got her love for yoga from. Well, it’s none other than her mother, Doria Ragland, who has also worked as a yoga instructor. Archie’s grandmother is known for teaching yoga to Ophrah Winfrey, who once stated: “She’s great at yoga, so I said, ‘Bring your yoga mat and your sneaks in case we just want to do yoga on the lawn”.

Apart from this, she is an ardent runner. Doria is known for participating in the 21st Annual Alive and Running 5k for Suicide Prevention run in Los Angeles in 2019. In 2020, she was designated as the CEO, CFO and secretary of “Loving Kindness Senior Care Management”, a care home firm in Beverly hills. You may not be aware but Meghan’s daughter Lilibet’s name wasn’t just a tribute to Queen Elizabeth. It also has a bit to do with Ragland’s love for her daughter. Princess Meghan was nicknamed “Flower” by her mother during her childhood. She was also called, “Meg, MM and M&M” since she was a child.

Where Is Doria Ragland Now? Doria Ragland presently resides in View Park-Windsor Hills, California. She inherited this house from her father in 2011. In the recent Netflix documentary, “Harry & Meghan”, Ragland made a guest appearance and spoke about Meghan’s early days with Prince Harry.

“We were on the phone, and she says, ‘Mommy, I’m going out with Prince Harry,’ and I start whispering, ‘Oh my God’,” she expressed. “And so it was from the beginning, it was very sort of, ‘Oh my God, nobody can know,’ ” she added. This year, Doria joined Meghan and Prince Harry at the 53rd annual NAACP Image Awards, where the couple was given the President’s Award. Doria and Meghan are more of best friends than mother and daughter. In a previous interview, the Duchess of Sussex called her mother a “free spirit” and “best friend”. “For me to watch this level of life-long sensitivity to nurturing and caregiving, but at the same time, my mom has always been a free spirit. She’s got dreadlocks and a nose ring,” she said.

“We can just have so much fun together, and yet, I’ll still find so much solace in her support. That duality coexists the same way it would in a best friend, she added.” In 2017, Meghan included her mother in the list of 10 women who changed her life. This note was penned for “Glamour” magazine. 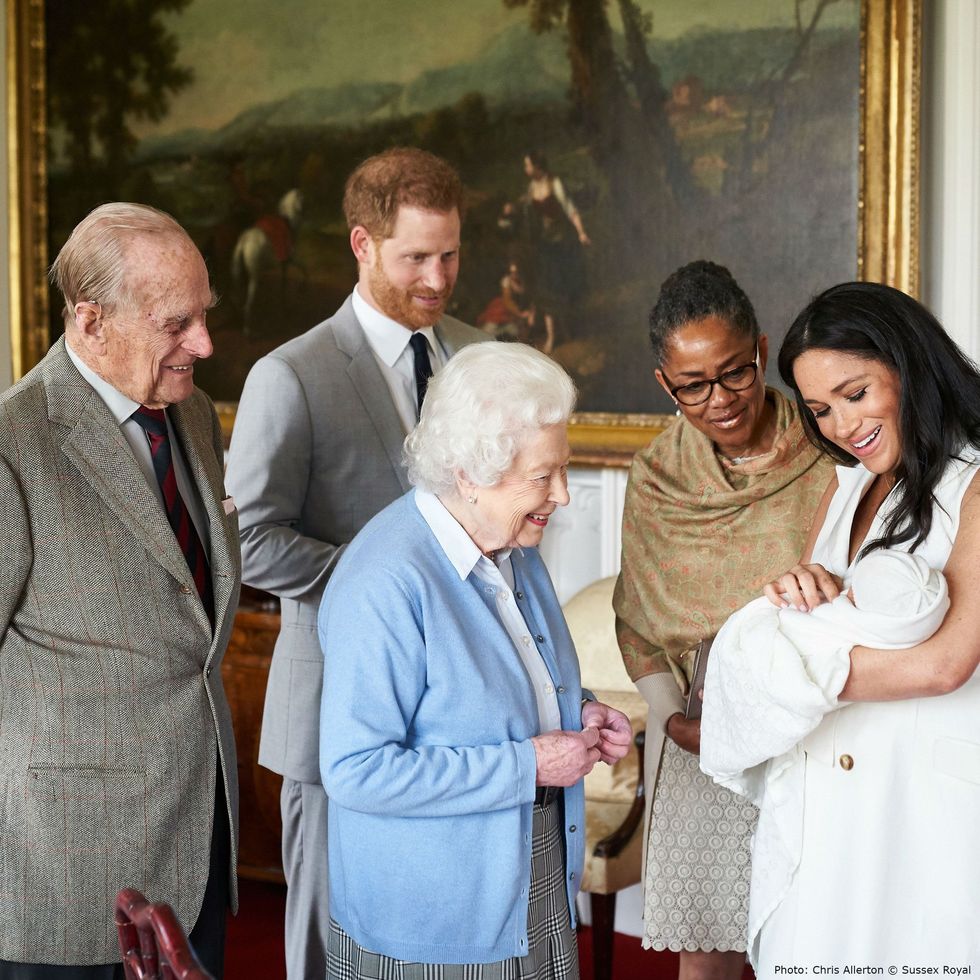 During Meghan’s first day of motherhood, Doria travelled to the U.K. to stay with her daughter in Frogmore Cottage for a few weeks after Meghan’s son, Archie was born. Doria told royal reporters that she was “overjoyed” by the arrival of her first grandchild. She was also present with the royal couple when they introduced their son to the Queen and Prince Philip at Windsor Castle. She was equally overjoyed when Lilibet was born.

As for her relationship with Prince Harry, Ragland is truly fond of her son-in-law and calls her “handsome”, “really nice” and a man with “great manners”. From her first encounter, she knew that her daughter was happy with the prince. However, Ragland had a fair share of trouble because of her daughter’s relationship.

In an episode of “Harry & Markle”, she recalled being stalked by paps, “I felt unsafe a lot. I can’t just go walk my dogs. I can’t just go to work. There was always someone there waiting for me,” she mentioned in the recent documentary.

If you’ve watched episode 3 of this series, you may be aware that Doria also mentioned details about her ex-husband, and how the media created a circus for him not being present at Meghan’s wedding.

“I was absolutely stunned that Tom would become part of this circus,” she revealed. “I felt sad that the media would run with this, that he would capitalize. Certainly, as a parent, that’s not what you do. that’s not parenting.” Even though she’s been hit by the media several times,  Doria never left her daughter’s side, and guess what? The lady is super down-to-earth.