Riley Sabara is the son of the Grammy-winning musician Meghan Trainor and her actor husband Daryl Sabara. The Made You Look crooner and the Spy Kids star got engaged in the year 2017.

Meghan and Daryl tied the knot on December 22, 2018, which also happened to be the day of Trainor’s 25th birthday. In 2020, the Don’t I Make It Look Easy singer announced on The Today Show that she and her husband Sabara were expecting their first child together. 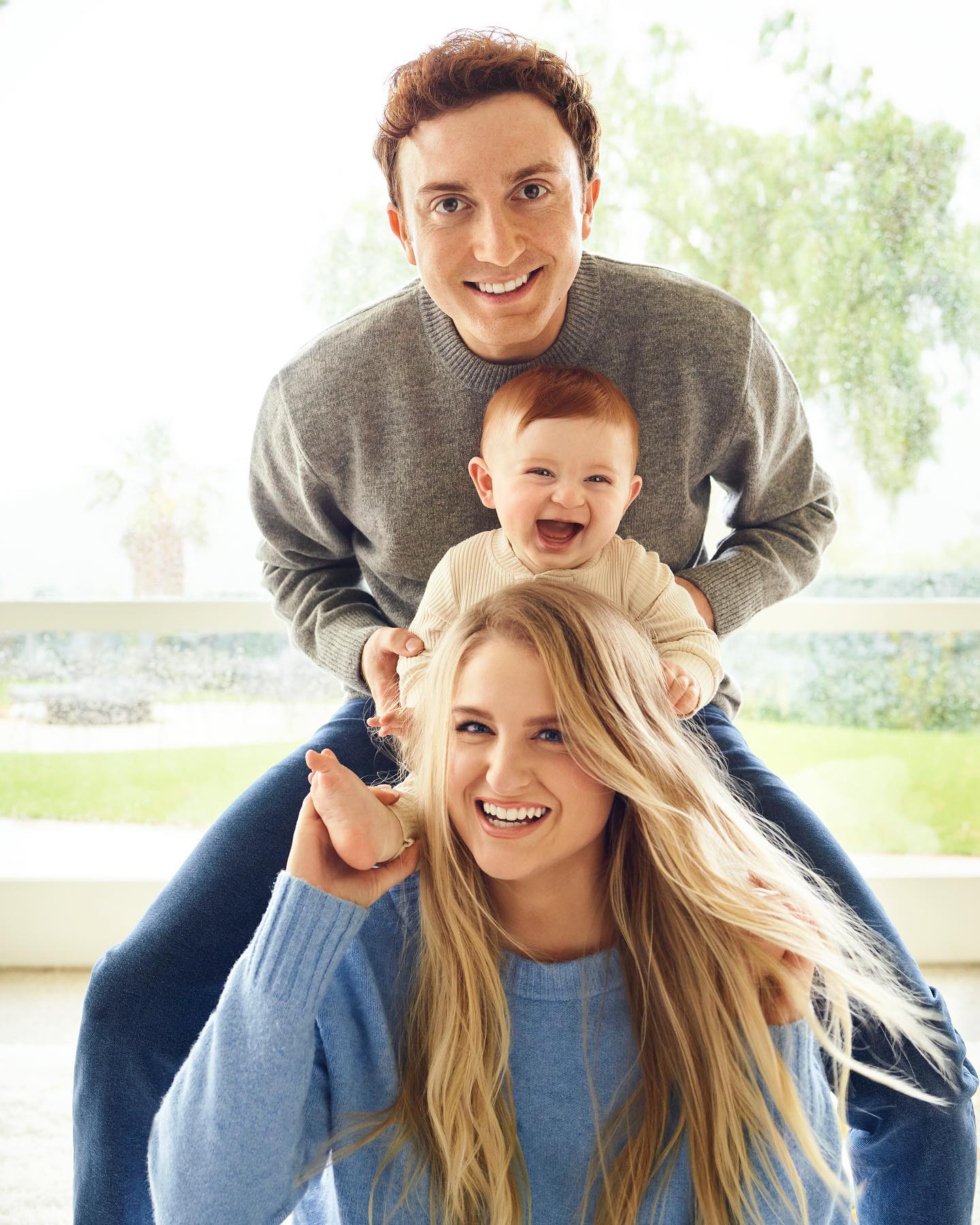 Later that month, while making an appearance on The Kelly Clarkson Show, Trainor revealed that she was having a baby boy. Meghan gave birth to her and Daryl’s first child, son Riley in February 2021. Read on to know Meghan’s son Riley a bit better.

How old is Meghan Trainor and Daryl Sabara’s son Riley?

For those of you who are unaware, let us share with you, Riley Sabara is the son of musician Meghan Trainor and her actor husband Daryl Sabara. Riley was born on February 8, 2021. At the moment, he is 1 year old.

Then, Meghan shared the piece of good news with her fans all over the world a couple of days later. She announced the news of her baby boy’s arrival on Valentine’s Day on the social media platform Instagram. 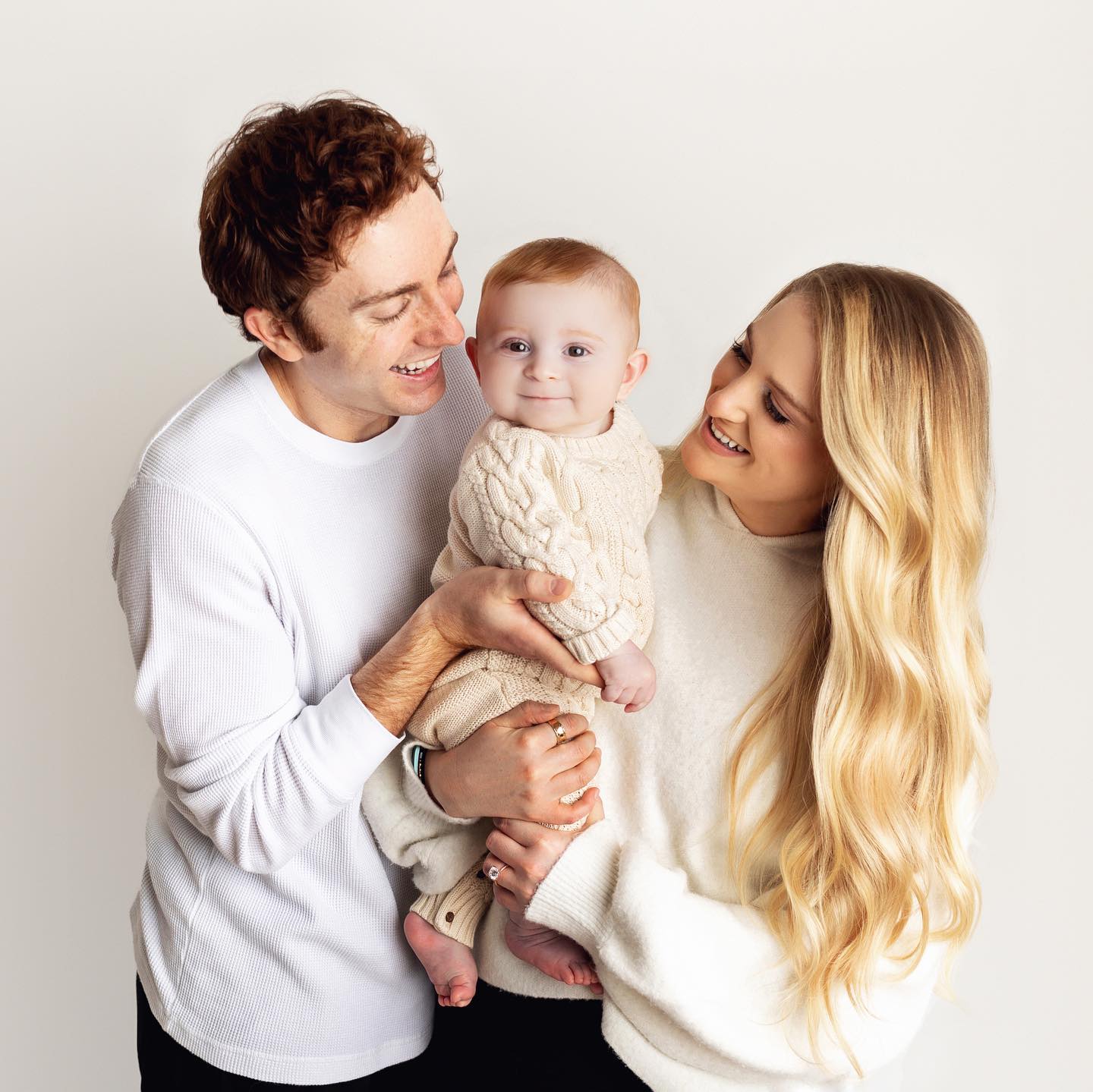 “This sweet baby boy’s due date was today on Valentine’s Day💝 We got to meet him Monday, Feb 8th! We are SO IN LOVE🥰😭 Thank you @darylsabara for the best Valentine’s gift ever! Welcome to the world Riley!” she wrote alongside a slideshow of pictures.

What did Meghan Trainor have to say about her son’s journey into the world?

In a 2021 media interaction, the Just a Friend to You singer disclosed that her son’s journey into the world wasn’t easy due to her gestational diabetes diagnosis during her pregnancy.

During a March 2021 interview with Ryan Seacrest, Meghan said, “I’m like, ‘I’m sorry, man! I ate such crap in the first few trimesters.’ And they’re like, ‘It’s not you. It’s nothing you ate. It’s in your genetics.’ And I’m like, ‘OK,’ because my mom did have it too.” Later on, in an appearance on the Today show during the same month, Trainor stated that she was “pay[ing] attention” to her diet while she was expecting. She went on to say, “It’s nice to learn so much about food and health, and [it’s] nice to hear that so many women experience this.”

A couple of months after the arrival of her son Riley, the All About That Bass crooner, revealed that her son Riley’s birth was terrifying for the couple. During a June 2021 interview on the Today Show, she spilled the beans on the birth story of her son Riley. Meghan underwent a cesarean section because he was breech.

At that time, Trainor said, “It was one of those horror stories where he didn’t cry. He didn’t make noise when he came out. I was like, ‘Why isn’t he crying?’ Then they told me he was having breathing issues.” 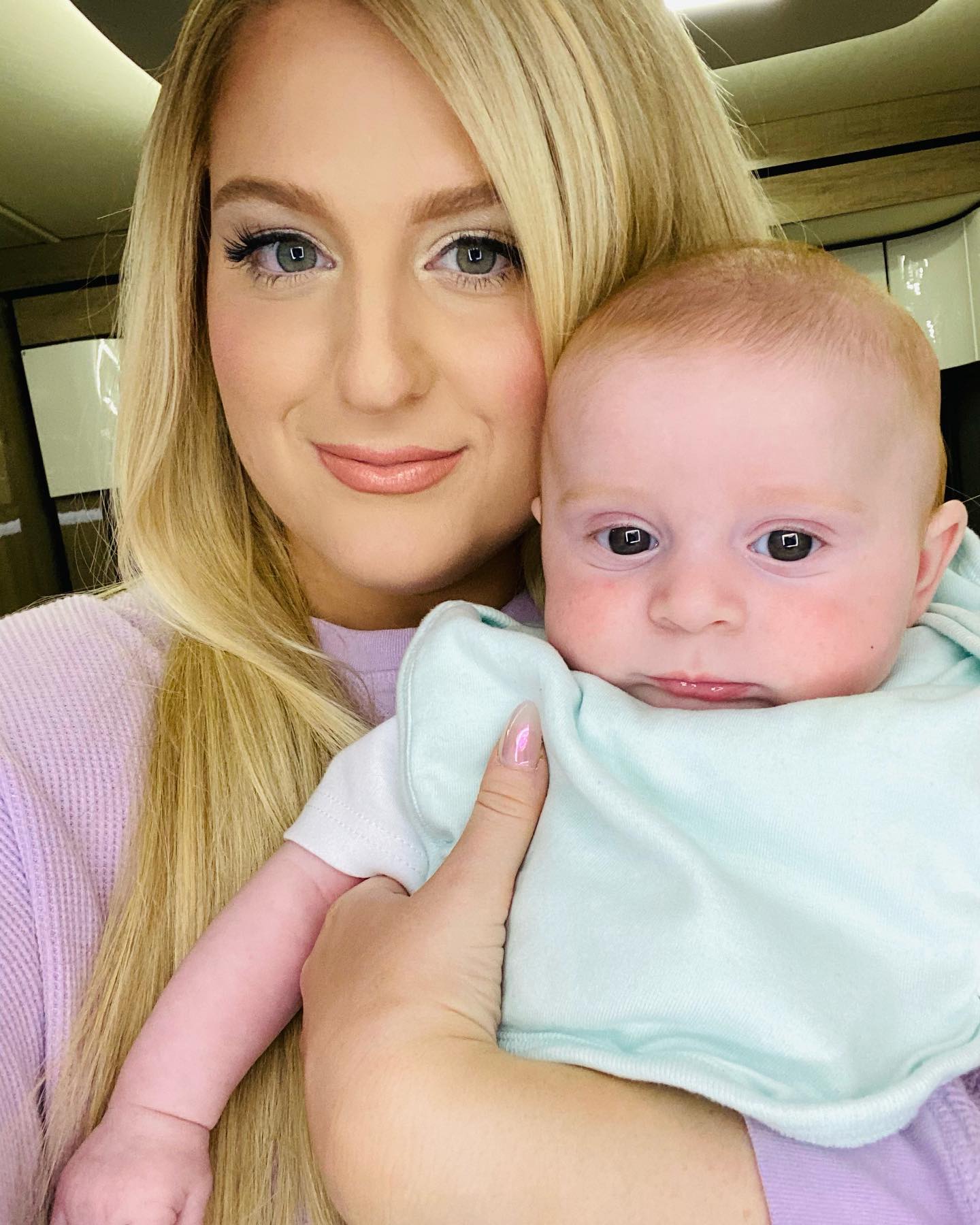 The Like I’m Gonna Lose You singer and the Wizards of Waverly Place actor only got to see their baby boy “for one second before” he had to be taken away, which was “the worst part” of the delivery experience.

Meghan went on to say, “It was definitely a rough start. But we’re so lucky we got to bring him home after five days.” Since the time of their son’s arrival, they keep sharing photos and videos of their son on the social networking platform Instagram.

Earlier this year in February, Meghan and Daryl’s son Riley turned one year old. Then, the I Won’t Let You Down singer posted a sweet social media post on Instagram to mark the special occasion. She posted a series of pictures of the family of three on the social media platform Instagram.

Meghan simply captioned the slideshow of photos, “Happy birthday Riley! You are my everything! I love you to the moon and back. Best year of my life😭🥰🎂1️⃣.” She also tagged her husband Daryl in the Instagram post.

In the carousel of snaps shared by Meghan, her baby boy Riley can be seen sitting in a high chair with a decorated cake, surrounded by several balloons. Another photo showed the proud parents smiling and kissing their son Riley on the cheek.

In one of the pictures, the pair’s son Riley rubbed icing onto Trainor’s face. At that time, Trainor posted a photo of her son Riley with a very unimpressed facial expression as he sat in front of his birthday cake on her Instagram Story. The mom of one captioned the photo, “When you finally get to eat cake but it’s sugar free.” How has motherhood impacted Meghan and her career?

In her March cover story for Parents, the Watch Me Do singer talked about how motherhood has impacted her musical career as well as her mental and physical health.

Trainor told the media outlet, “I think when you have a kid you just realize, ‘Wow, life is beautiful and precious. I want to be the best for my kid.’ I’ve never been more motivated.”

On the other hand, Meghan also opened up about her music career and stated that her “lyrics are changing” as a new mom. Talking about her new music, she said, “It feels like I’m telling my truth.” Trainor further added, “I heard that when you have a baby, you get more creative, and my lyrics are changing. Instead of writing songs to make everyone feel better, I’m writing about how I feel in this moment.”

The artist explained, “But it’s not like every day is sad. It’s more like: Yes, I am a badass, but this ain’t easy, and I have to get up and keep going.”

Isn’t Daryl Sabara and Meghan Trainor’s son Riley the cutest? Kindly let us know your thoughts in the comments section below. Don’t forget to stay tuned with us for the latest updates from the world of showbiz.