Elton John is a famous British singer, pianist, composer, and philanthropist. He is well-known by his fans by his nickname, ‘Rocket Man’. He has been entertaining his fans since the 1970s.

Throughout his career spanning over five decades, the Hold Me Closer singer has released a total of 31 studio albums as well as nearly 140 songs. His music has had a big impact on the music industry over the years. When we talk about the personal life of Elton John, he is a happily married man. Sir Elton John and his husband David Furnish have been together since the 1990s. The pair tied the knot in the year 2014.

In the last couple of years, the duo has expanded their family. They have two children and their names are as follows: Zachary and Elijah. Keep scrolling further to know the pair’s kids a bit better.

Elton John and his husband David Furnish share two kids, both boys: Zachary and Elijah. When the 75-year-old singer is not working, he likes to spend his time with his husband David, and the pair’s two sons.

During an earlier interview with The U.K. Sun, the Goodbye Yellow Brick Road singer spilled the beans on his family life. At that time, he stated that loves being a father and that he would never have seen himself in this role when he was younger. Elton told the media outlet, “It’s fantastic being a dad. Ten years ago if you’d have told me that, I’d have said you’re crazy.” He also went on to say that as much as he loves having children, he wouldn’t be having any more.

The Candle in the Mind singer further added, “That’s it. I mean, we’re too old to have any more. If we were 20 years, 15 years younger, we’d have probably had another one at least. But with the boys we’ve got enough on our hands.”

Zachary Jackson Levon Furnish-John is the oldest son of Sir Elton John and his husband David Furnish. He was born via surrogacy on the occasion of Christmas in the year 2010 in California. He is going to turn 12 years old in December.

Zac plays for Watford Academy. For those of you who are unaware, let us share with you, David and Elton used the same surrogate for both of their kids. As of this moment, it is not known who is the biological father of either child. The duo has decided to keep that piece of information to themselves. In an interview, Furnish who is a filmmaker said, “We kept a scrapbook for Zachary with all his scans, emails with the surrogate and key moments from the surrogacy, and we are doing the same for Elijah.”

Everything about Elton John and David Furnish’s second son Elijah

Elijah Joseph Daniel Furnish-John is the youngest son of the Cold Heart singer and his filmmaker husband David Furnish. The pair’s second son, Elijah came into the world on January 11, 2013.
In the past, Sir Elton John has referred to their surrogate as a part of their family. At that point, he and his husband David revealed that they wanted the same surrogate to carry their second child as well as they had a good experience the first time. 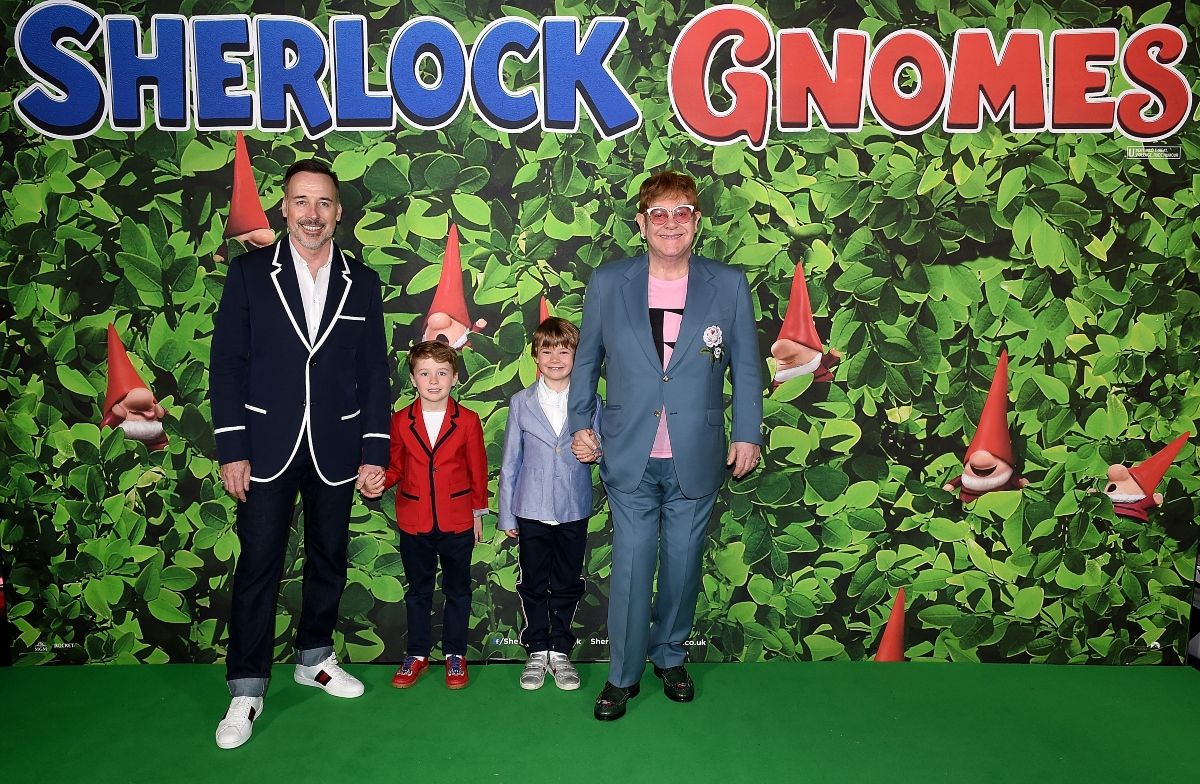 Then, John raved over the surrogate who carried both the children of the duo and said, “She is a wonderful, kind and loving woman.” Ahead of the 2019 FA Cup final between Watford and Manchester City, John and his son Zachary were spotted out and about in public with Watford captain Troy Deeney.

Lady Gaga is the godmother of Elton John’s kids

Yeah, you read that right. The Always Remember Us This Way singer Lady Gaga is the godmother of Elton John’s kids with husband David Furnish. The pair’s sons Zachary and Elijah made a rare public appearance with their godmother and their father back in April at Elton John’s AIDS Foundation’s 30th Annual Academy Awards viewing party.

In a 2013 interview with Extra, he said, “She’s a great role model. She’s been a great godmother to Zachary. She came to bathe him in Las Vegas. She was already dressed to go to the show, and she was sitting there and she bathed him, and she was like dressed like Audrey Hepburn … and she fed him … We’re all bonkers in this business, but we’re human beings at the same time.” 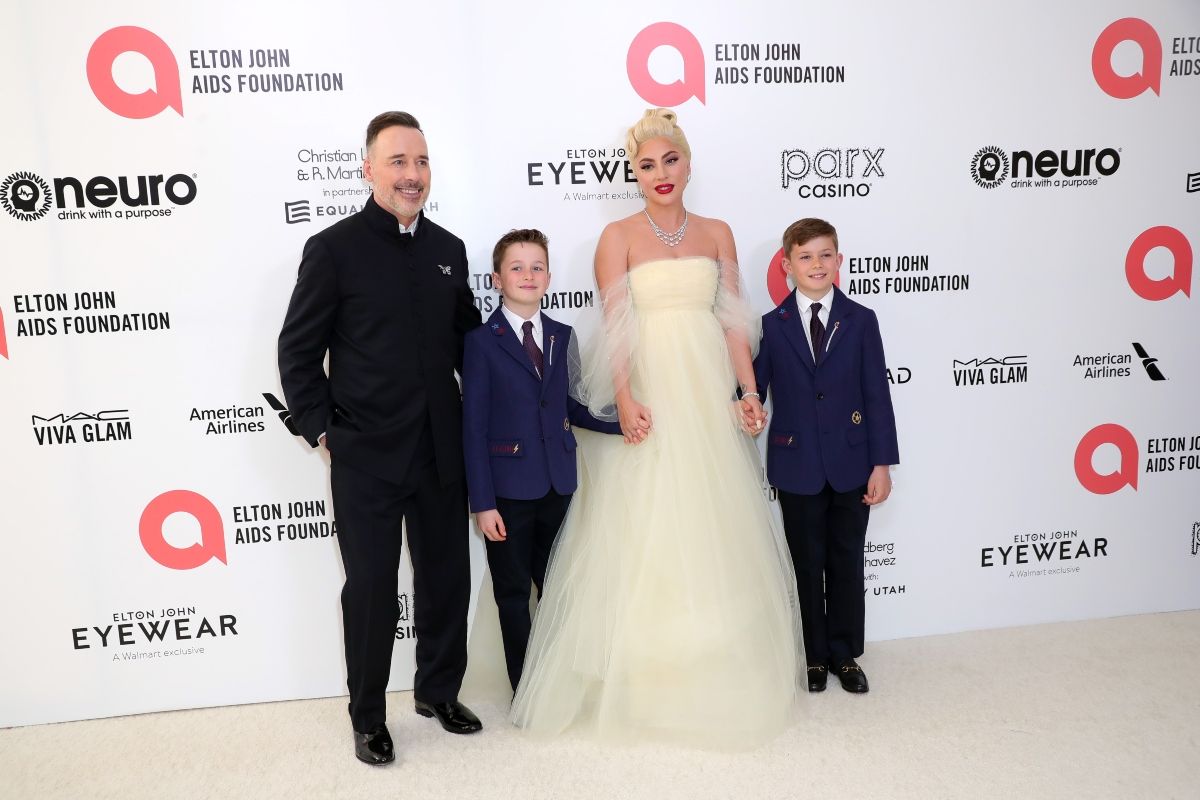 Elton, his husband David, and the pair’s kids Zachary and Elijah’s nights out prove that they are just like us

In a 2016 interview with The Guardian, the Rocket Man crooner talked about his family life and said, “Saturdays when I’m home, we go to Pizza Hut with them, we go to Waterstones, we go to the cinema.”

He went on to say that his children “are spoilt in the way they live and how they’re living, but not spoilt when it comes to the rules they have to live by.” Every now and then, John and his husband David keep sharing snaps of their kids on their respective social media handles. 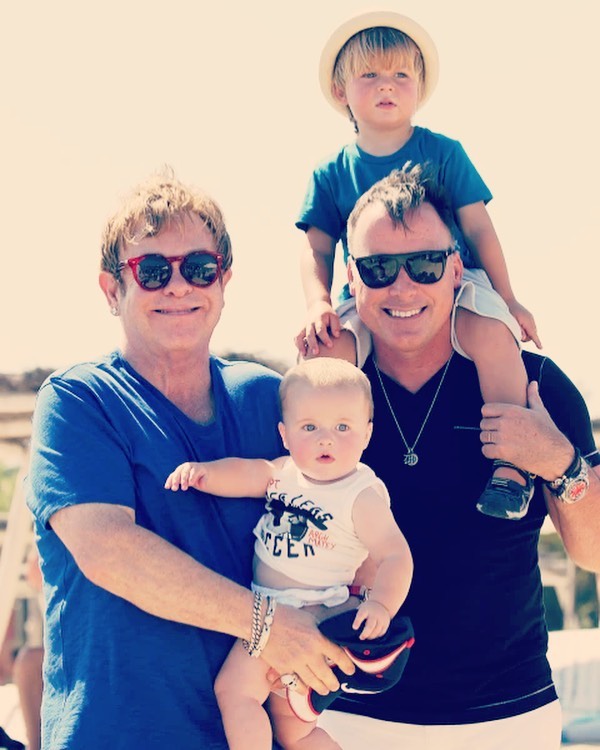 When did Elton John and his husband David Furnish tie the knot?

Elton and David met each other for the first time at a dinner party held at the singer’s house in the year 1993. Soon after, the pair hit it off and went out for their first date the following evening.

John proposed to David in May 2005 at a dinner party in one of their homes in Old Windsor. The duo entered into a civil partnership in December of the same year, with the ceremony taking place in Windsor, England. Once, gay marriage became legalized in the United Kingdom in March 2014, the pair thought of converting their civil partnership into a marriage. Elton and David tied the knot in Windsor on their ninth anniversary on December 21, 2014.

Aren’t Elton John’s kids adorable? Kindly let us know your thoughts on the two of them in the comments section below. Don’t forget to stay tuned with us for the latest updates from the world of showbiz.