Australian actor Chris Hemsworth is certainly known for portraying the character of superhero Thor in Marvel’s “Thor” franchise. However, very little is known to his fans about his role as a superhero in real-time who is a doting father to three kids. The actor is currently making a buzz ahead of the release of his latest film ‘Thor: Love and Thunder’ in which Hemsworth is portraying the titular character of the former king of Asgard.

Let us get into more details related to Chris Hemsworth’s children in our article below.

Chris Hemsworth’s Kids to Feature in his new “Thor” Movie The Hollywood power couple Chris Hemsworth and Elsa Pataky made their appearance on the red carpet earlier this week on June 27 (Monday) at the Sydney premiere of the latest Thor film.

Well, what caught everyone’s eyes was the presence of their 8-year-old twin boys at the event.

What is more interesting is that Hemsworth’s kids are making a cameo in the film ‘Thor: Love and Thunder’. Yes, you read it right!

The 38-year-old actor himself has disclosed that 2 of his 3 children will be featured in the Marvel Cinematic Universe film.

Since then, fans have been more curious to know about the Thor actor’s kids. 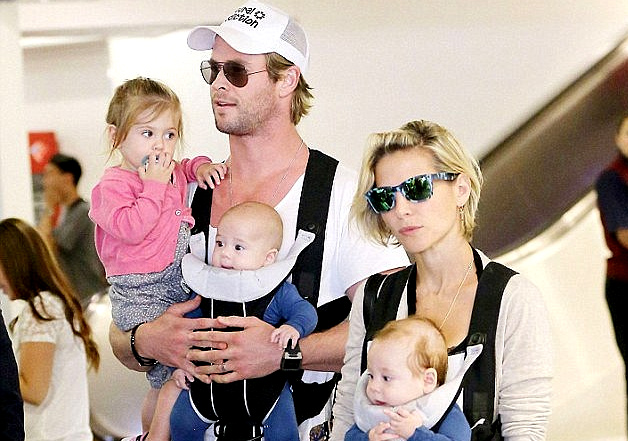 Hemsworth shared that his daughter India, 10, portrays the role of Love and that one of his two twin boys is also featured in the film.

Hemsworth revealed in a recent interview with Kevin McCarthy that not just his, but kids of a few other co-actors as well namely Taika Waititi (Korg), Christian Bale (Gorr the God Butcher), and Natalie Portman (Jane Foster/Mighty Thor) feature in the upcoming Thor film.

He further said, “That’s my daughter … as well. She plays the character of Love.”

Everything about Chris Hemsworth’s Kids

Below are more details about Hemsworth’s three kids.

India Rose is the eldest child of Hemsworth and Pataky. The couple welcomed their only daughter on May 11, 2012. 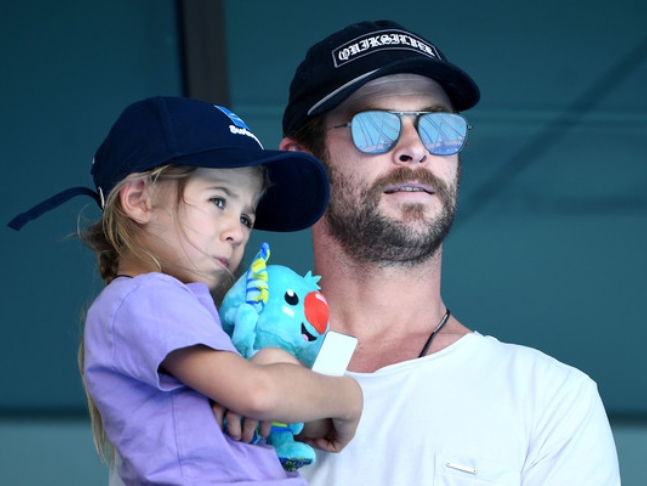 Speaking about why they gave her the name India, Hemsworth shared in an interview with USA Today that they did so because they like the name and also because of their love for the country (India).

He also told E! News, “It was just a name we liked, I always kind of liked Indie or Indiana for a boy and she liked India. We sorta went, ‘Oh well, whether it’s a boy or girl that will decide.’ It just seemed to fit.”

Hemsworth and Pataky welcomed their twin boys Sasha and Tristan in March 2014.

After the birth of her twins, Pataky revealed the big news by sharing an Instagram post with the caption, “You are home! Tristan and Sasha came to this world on March 18 just after the full moon. Complete happiness!!” 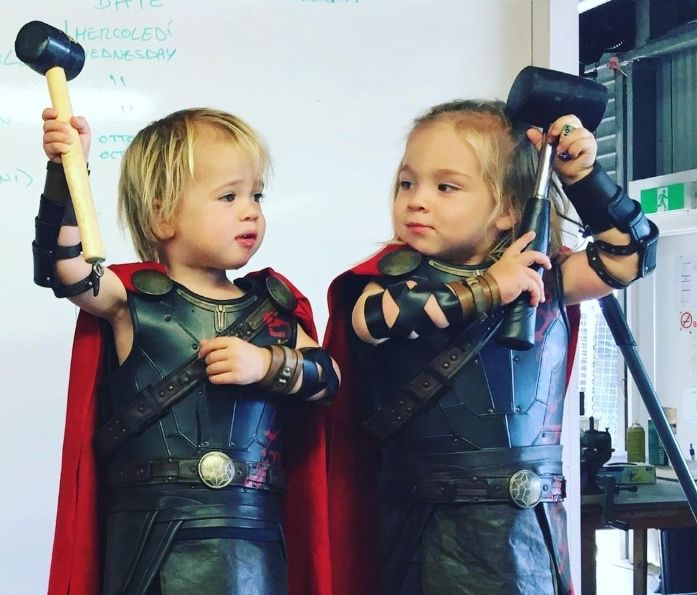 Well, just like their father, who is known for portraying the God of Thunder in the Marvel Cinematic Universe Thor franchise, Sasha and Tristan also have a huge love for superheroes.

Hemsworth, who celebrated their twin sons’ 8th birthday in March this year, posted an adorable throwback picture of the two donning Thor costumes.

He captioned the picture: “Happy 8th birthday to my boys! If your asking if they’re allowed to wear any other super hero outfits besides Thor the answer is no”.

The much-awaited film “Thor: Love and Thunder” is all set to hit the theatres in Australia and UK on July 7th. The film is slated to release in the United States on July 8th.

So, are you excited about the release of the latest film from the Thor franchise? Let us know in the comments section below!