Many celebrities make it Instagram official by introducing their partners to the world. Vanderpump Rules star, James Kennedy, followed the ritual and posted a photo with his new girlfriend, Ally Lewber, in March this year. The photo is accompanied by a mushy caption.

“Only the most magical trip I’ve ever experienced in my entire life, here’s a little slide show of today’s adventure…. Share the love people! and the positivity! cause life’s too short.”

The couple was also seen attending Coachella together. Following the IG debut of his relationship, he appeared on an episode of Lala Kent’s podcast, Give Them Lala, and provided some more details about her current lady love.

Where Did the Couple Meet?

Kennedy mentioned that he met the love of her life in January while at a concert featuring Tom Sandoval and the Most Extras, and the duo connected instantly. He confessed his strong feeling toward her new girlfriend to his listeners and told them that he is in awe of Ally. He also said that he is taking his time to build their relationship.

When asked whether Ally will appear on Vanderpump Rules, he stated that she gets to choose what she wants to do with that whole situation.

So, who is Ally Lewber, and what does she do? Here’s everything to know about James’s girlfriend.

Ally Lewber was born on January 13, 1996. She is 26-years old, four years younger than her DJ boyfriend. Though not a lot of information about her is available on the internet, her LinkedIn profile hints about her career. 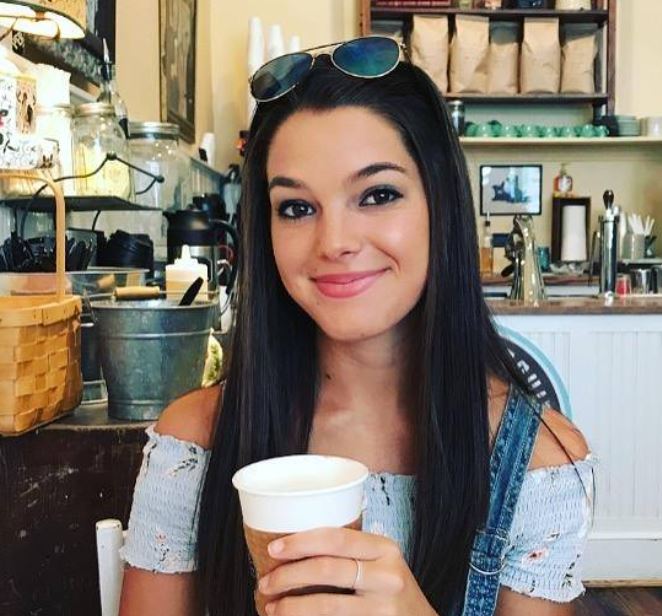 To go by her profile, she has been working in the entertainment industry in Los Angeles for many years now. Ally holds a Bachelor’s degree in Entertainment Industry Studies with a minor in Entertainment Journalism from the well-known Belmont University of Nashville, Tennessee. Besides this, she also completed multiple courses in Weather Forecasting at Penn State University.

Although she hasn’t appeared on Vanderpump Rules yet, Ally’s association with the entertainment industry has been close. She has previously worked as a production assistant for 20th Century Fox. She was also a staff writer for the Hollywood Gossip and an on-air host for Afterbuzz TV.

When Ally was 18 years old, she was seen in a reality series in Dayton, Ohio, called The Valley. The show followed her and five other high school graduates preparing for their college life.

What is Ally Lewber Doing as of Now?

Currently, Ally works as a front desk receptionist at Soho House in West Hollywood. Soho House is a private members’ club with multiple locations across the country.

James was Previously Engaged to Someone Else

News of the new romance of James Kennedy came right after three months after he announced his breakup from his former fiancée, Raquel Leviss. James and Raquel starred in a show and were engaged from May to November 2021 after five years of dating. However, things became a little sore, and the couple broke up mutually.

James stated it was hard for him to get out of that zone because he felt heartbroken after his breakup. But when Ally Lewber entered his life, things changed for good.

We wish the couple a lot of love and look forward to learning more about Ally.

Keep in touch for more updates on celebs.