Maurizio Gucci: Everything You Need To Know About His Murder

One telephone call on the evening of 8th Jan 1997 has changed everything in the case of the former head of Italian fashion house Maurizio Gucci. The anonymous caller insisted that he would like to speak to the head of police for the Italian region of Lombardia, Filippo Ninni. The caller said that he did not want to talk much over the phone and demanded face to face meeting. All he said over the call to the policeman was “I’m going to say just one name: Gucci.”

The assassination of Maurizio Gucci was on its way to making it into the list of unresolved Italian mystery cases, however, this single call to one of the main detectives of the case helped in nabbing the culprit.

Below is everything you need to know about Maurizio Gucci and his mysterious murder. Scroll down! 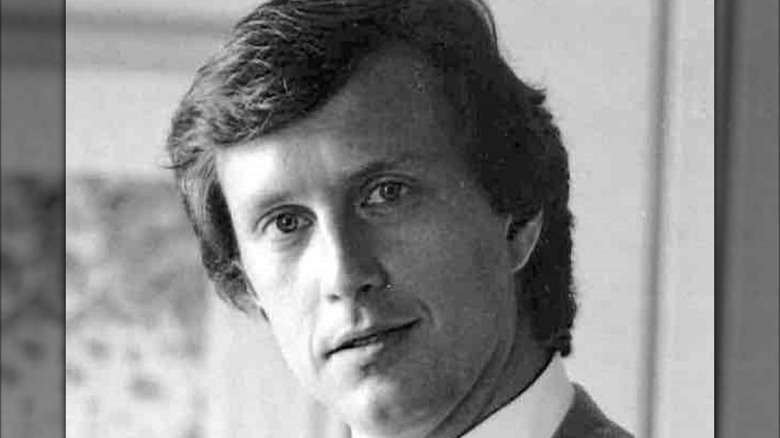 Maurizio Gucci was born in the year 1948 in Florence. He was the only child of actors Rodolfo Gucci and Sandra Ravel. Maurizio relocated to New York City in 1972 to start work for Gucci with his uncle Aldo Gucci.

His father gifted him a luxury penthouse in the Olympic tower where he used to reside during the early 1980s. During his tenure as chairman of the fashion house after his father’s death, he was blamed for spending huge money on the company’s headquarters in Florence and Milan.

Police meeting with the Informer

On the fateful morning of 27th March 1995, an unknown gunman fatally shot Gucci as he entered the building at Via Palestro 20 in Milan. There were several conspiracy theories that came out during the investigations like was Gucci involved in any shady transactions? Was there any enmity within the family, any history of internal feuds? Many others but it led to nowhere.

When the informant met Ninni and went on to explain that during his stay at a one-star hotel in Milan, he heard the night porter boasting about having hired Gucci’s killer. The shocking revelation led the police authorities to unravel the assassination plot hatched by his ex-wife, Patrizia Reggiani. 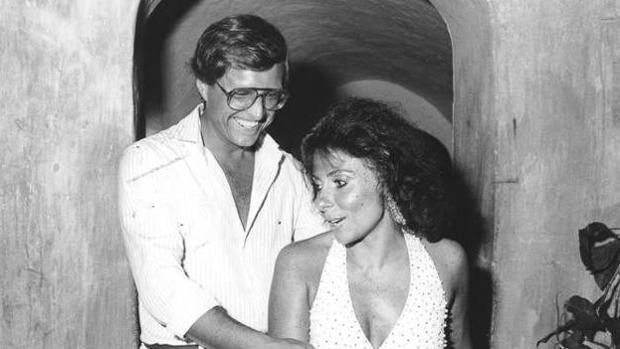 Reggiani and Gucci first met in the city of Milan at a party when they were both in their early 20s.

Maurizio Gucci, grandson of the company’s founder Guccio Gucci was mesmerized by Reggiani’s beauty and asked a friend, “Who is that beautiful girl dressed in red who looks like Elizabeth Taylor?”. 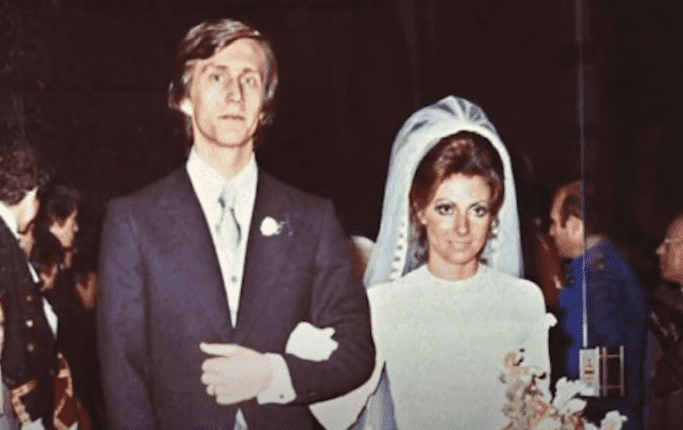 She had huge purple eyes that drew comparisons to famous actress Elizabeth Taylor frequently. Gucci fell in love and he tied the knot in the year 1972, even though Maurizio’s father Rodolfo Gucci was opposed to the union.

Difference of opinion between Rodolfo and Maurizio Gucci

Rodolfo Gucci did not like Reggiani the moment he got to know about her. He heard that she was an uncouth social climber, a party girl wearing tiny cocktail dresses.

22-Year-old Maurizio was still living with his father at that time and was one of the most eligible bachelors in Italy. As he was the only child of Rodolfo, he was very possessive and protective. They both were living together for more than 17 years now after the demise of Maurizio’s mother when he was just five years old.

Rodolfo screamed, “This isn’t about love, this is about her wanting to get her hands on our money. But she won’t!. I will disinherit you! You will not get a cent from me, and neither will she!”. After this threat, Maurizio decide to leave the house and packed his suitcase. The father-son duo did not speak to each other for years.

Separation of Maurizio and Reggiani

Maurizio’s relationship with Reggiani lasted for around 12 years. The couple shared two daughters – Allegra and Alessandra. 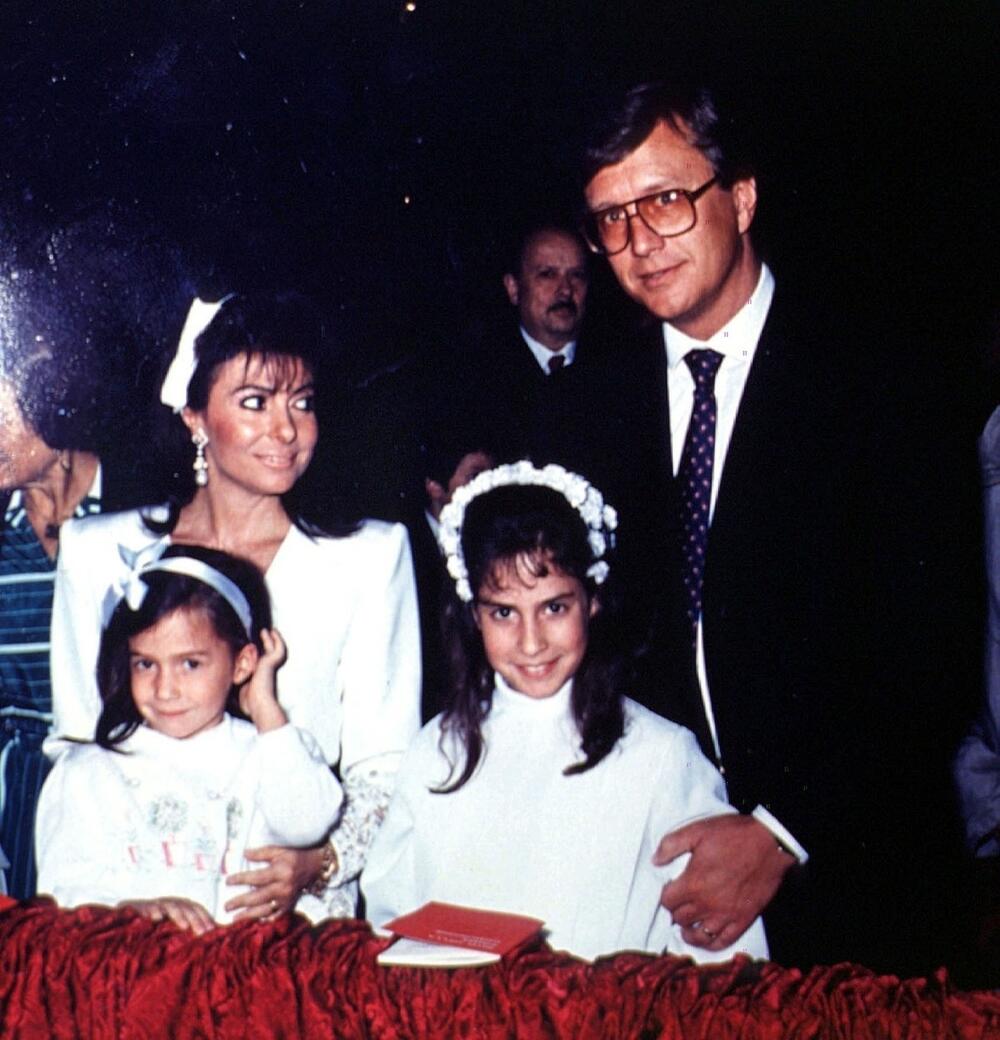 In 1985, the marriage broke down and it took almost a decade as the divorce matter went through a prolonged and protracted legal battle.

Reggiani in an interview with the TV show Storie Maledette said that her husband left her all of a sudden. Maurizio went on a short business trip to Florence and never returned. She learned of the abandonment from her family doctor. She complained that in 1992 when she underwent brain tumor surgery, Gucci did not offer her any financial support.

In another TV show, Reggiani said that her father-in-law’s death in 1983 has changed their relationship. Maurizio Gucci was a changed man after the death of his father as he started acting as though he no longer had to care for anything or anyone.

Maurizio Gucci’s control over the company Gucci was involved in many court battles as he was trying to ensure his family members stay away from the board. The stake held by his family members was later purchased by a Bahrain-based investment banking firm Investcorp for approximately $135 million.

A few years later, Gucci had sold his stake in the fashion house to Investcorp for around $150 – $200 million in 1993 thereby ending Gucci’s Italian ownership. Gucci presently is part of the portfolio of French luxury group Kering. During the same time, Reggiani was awarded approximately $1 million a year as part of the divorce settlement.

Reggiani was not happy with the amount offered as part of the settlement. She was upset about the way company matters were handled by her ex-husband. She recalled in another interview at the time saying, “He recently told me: ‘Do you know why our marriage failed? Because you fancied yourself the president, and here there is only one president.’” 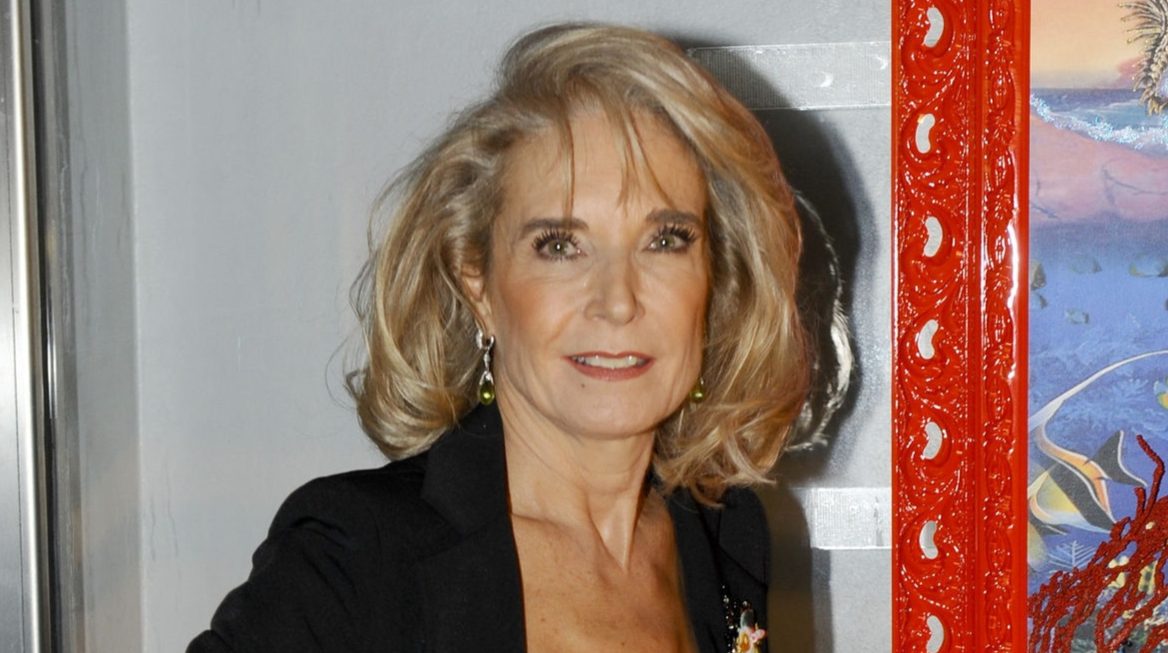 Meanwhile, Gucci had found a new, younger partner, Paola Franchi. The couple was planning a wedding as per the rumors floating around at that time. Reggiani’s resentment became very obvious when a recording of her phone message was played in the court during trial, Reggiani’s voice was heard saying, “You’ve reached the extreme limit of making yourself despised by your daughters who no longer want to see you to forget the trauma. You are a deformed outgrowth, you are a painful appendix that all of us want to forget. For you, hell is yet to come.”

Her bitterness towards her ex-husband was in the public domain and the fact that she was looking to hire a hitman. She in fact asked her domestic cleaner for assistance and even took legal aid to check what would happen to her if she had gotten rid of Gucci.

In her interview with Storie Maledette, she said, “I have to admit that for a time, I truly wanted to get rid of him. I wanted to do it and so I was going around asking for people to do it. But my intentions ended there—a mere obsession, a mere desire. What wife has never said, ‘I’d kill that guy?’” Her confidant Giuseppina (Pina) Auriemma got in touch with Ivano Savioni, the night porter at the hotel, and inquired about hiring a killer. Police investigated the case after the anonymous call and arrested Reggiani, Auriemma, Savioni, Cicala, and Benedetto Ceraulo—the hitman accused of killing Gucci.

In 1998, Reggiani was sentenced to 29 years in prison. However, her sentence was reduced on health grounds and her good conduct. She eventually ended up serving an 18-year term and was released in 2016.

Feel free to express your views on our article in the comments section below!