Martha Mitchell: The Story of the “Watergate Whistleblower” who Exposed President Nixon

Martha Mitchell disappeared in the pages of history after her untimely death at the age of 57. The controversial figure and wife of John N. Mitchell who served as the United States Attorney General openly accused President Nixon.

Yes, Martha Mitchell is the first “Watergate Whistleblower” who was discredited and abandoned by most of her family, except for her son Jay, for her involvement in the Watergate scandal. The medical condition “Martha Mitchell Effect” is named after her. Wondering, what all these terms mean? Read on to know about her story. 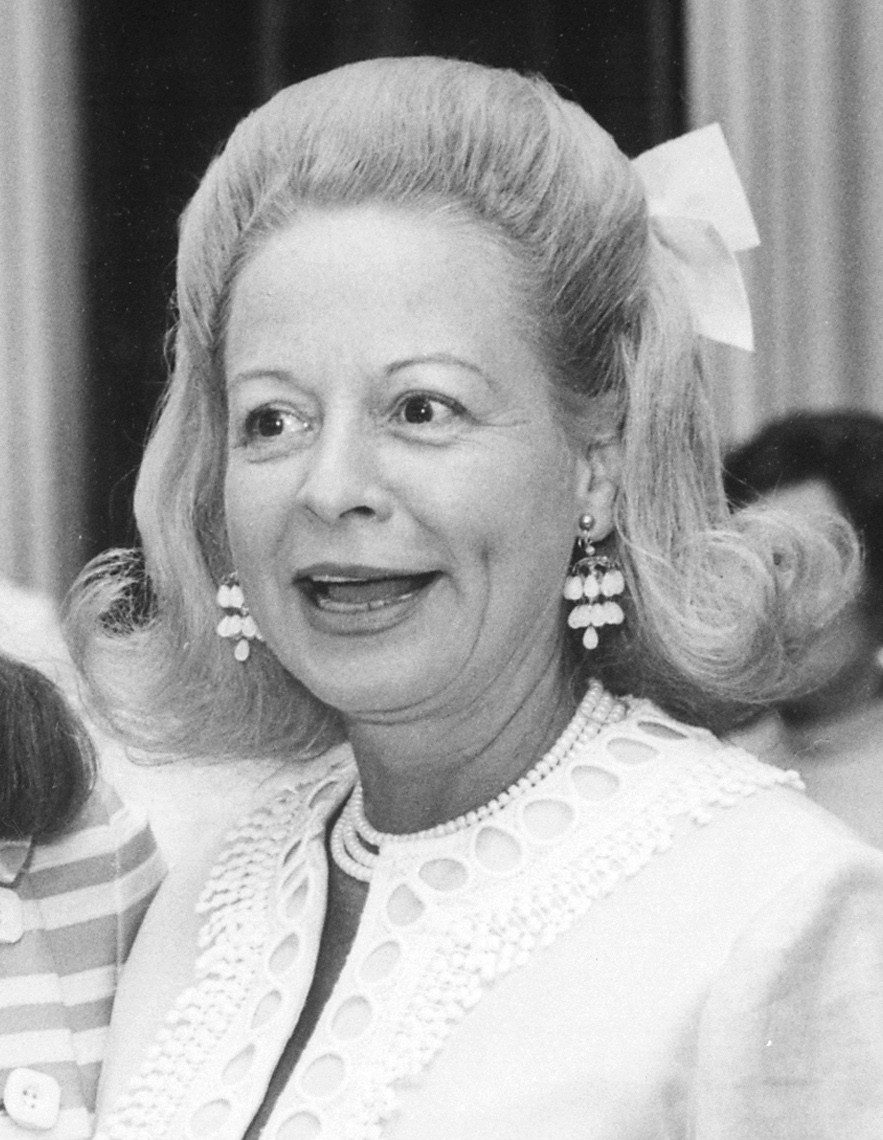 Martha Elizabeth Beall Mitchell was born in Pine Bluff, Arkansas in 1918. She was a child born during the Great Depression and attended private school during her early days. The only daughter of the cotton broker graduated from Pine Bluff High School in 1937.

Martha struggled to read aloud as a dyslexic child. However, she completed her studies at Stephens College in Columbia, Missouri.  Instead of pursuing her career as a paediatrician, Martha went on to become a Red Cross Nurse’s aide.

Martha once revealed that she has more hours in the service than anyone else in the country. She was transferred to the University of Arkansas at Fayetteville and the University of Miami. At college, she joined Chi Omega and was president of Sigma Iota Chi. 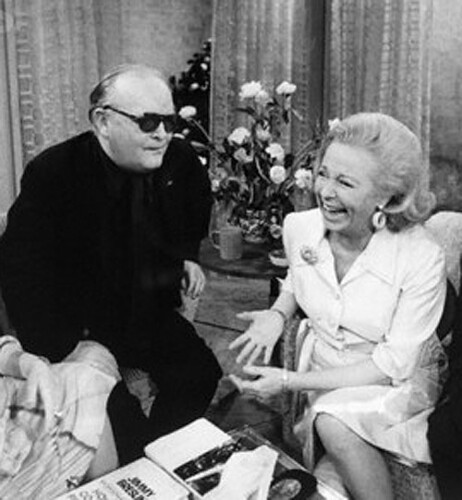 Martha’s fascination for becoming an actor was soon suppressed by her family and she went on to receive a BA in History. She worked as a teacher and returned to Pine Bluff. She began working at the Pine Bluff Arsenal after World War II and was later transferred to Washinton D.C.

Martha was previously married to Clyde Jennings who was a US Army officer from Virginia. She has a son with Jennings. The couple divorced due to his frequent posting. Martha met John N. Mitchell and was instantly impressed with his intellect. The two married in 1957 and settled in New York.

John Mitchell was working as a lawyer in Manhattan and earned $250,000 a year during those days. John went on to become the Attorney General during Nixon’s presidency and that’s when the real trouble started.

The “Mouth of the South” 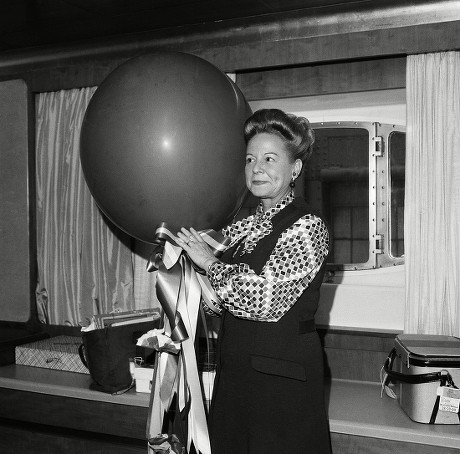 Martha had a strong network of reporters and celebrity connections. Reporters listened to her closely because she was closely related to the most active political events. She had a habit of listening to John’s meetings and calls

If you keep aside this harmless political gossip, Martha got herself in real trouble when she became a whistleblower. And yes, Whistleblowing is a lonely road. Mitchell did pay a hefty price during the early days of the Watergate era.

The U.S. government looked down upon her. Not just this, she received a deplorable treatment at the hands of her own family. John served as a trusted member of President Nixon. He was listed as the director of the Committee to Reelect the President. The CRP later gained the nickname “Creep as the Watergate scandal heated up.

Watergate Scandal began in 1972 when five men were caught breaking into the Democratic National Committee offices in the Watergate office complex. The alleged people were on a president’s payroll and came to fix a faulty wiretap. Not just this, they previously entered to steal confidential documents. These men were unsuccessful in their attempt to tap phones.

Martha Mitchell and John were visiting California when he received a call about the arrest of these burglars. He tried hiding the incident from his wife and gave the news to James McCord who served as her bodyguard. 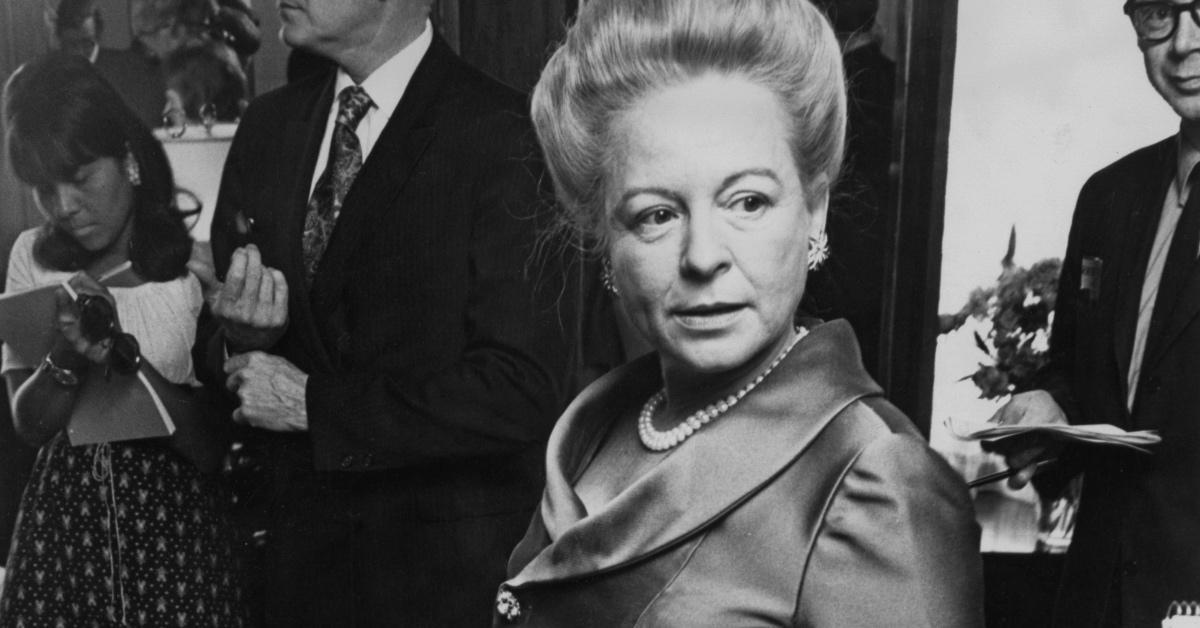 However, she eventually got to know about the arrest. It has been reported that John tasked FBI agent-turned CRP consultant Steve King to keep his wife away from newspapers and phones.

Mitchell was unstoppable. She got hold of a trusted reporter friend from the “United Press International” and bragged about the dirty politics. This resulted in her captivation by the FBI agent, who kicked her and restrained her.

She was even tranquillized by a psychiatrist. Soon after her release, Mitchell openly spoke about this incident but it became more of celebrity gossip rather than breaking news. Mitchell alerted the media but her husband continued to suppress the Watergate scandal. Nixon’s resignation came after two years of the Watergate scandal. 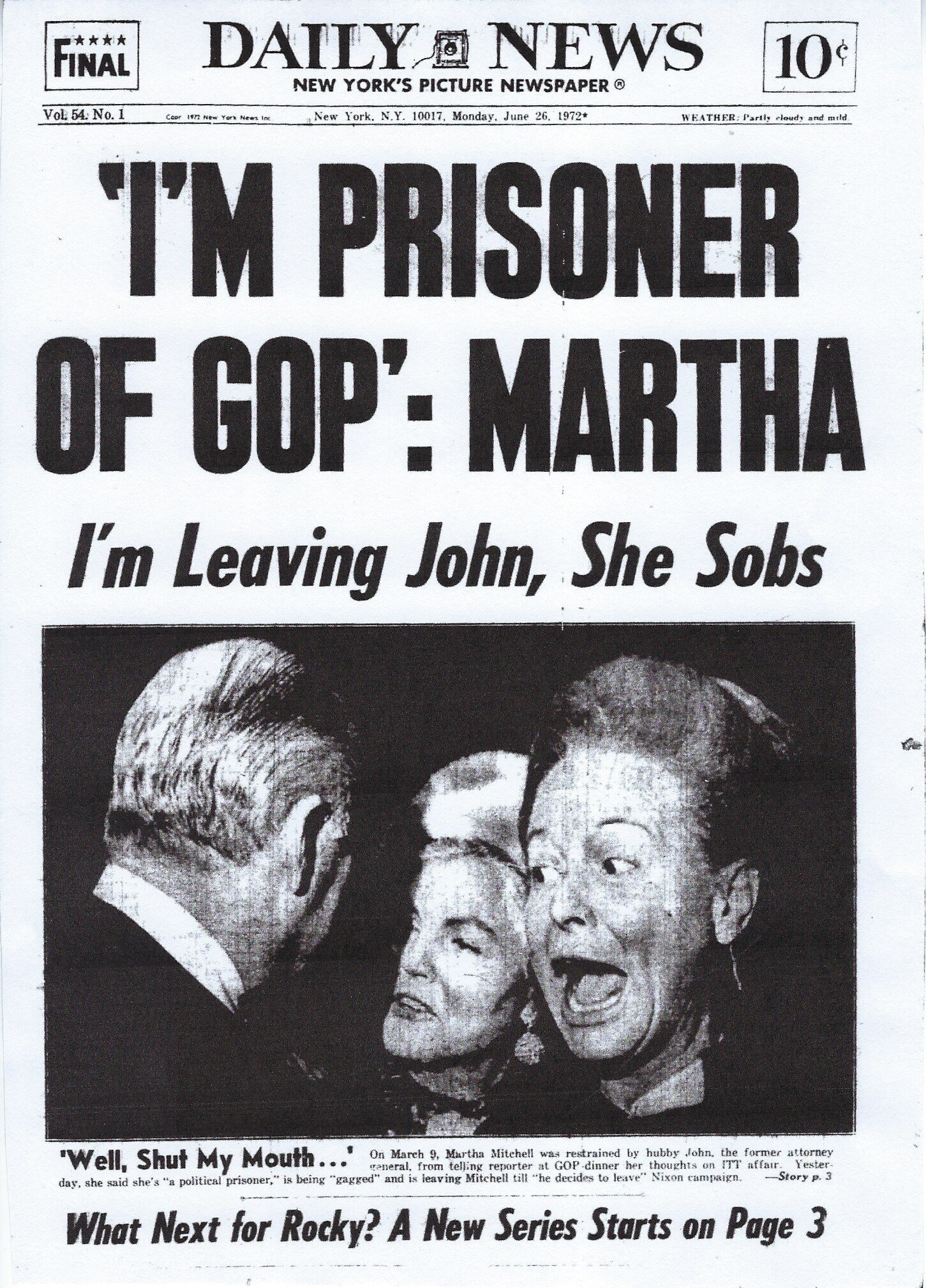 Throughout this time, Martha was accused by the Nixon government of being an alcoholic, liar and attention seeker. Initially, she began contacting reporters when her husband’s role became prominent in the scandal. She believed him to be a “fall guy” for Nixon. Soon after the burglary, John too resigned but corruption was moving sharply in the GOP.

In 1973, she provided sworn testimony in a deposition at the offices of attorney Henry B. Rothblatt. She separated from her husband who moved out with their daughter. In 1975, he was convicted of perjury and obstruction of justice in the Watergate outbreak and served 19 months in federal prison. Martha never saw her husband again. Martha spent her life in destitution for raising her voice against the government. She was looked down upon by powerful men but in reality, they all feared her guts. She was called “The Cassandra of Watergate” after her claims against the Nixon administration were attributed to mental illness.

Psychologist Brendan Maher coined the term “Martha Effect” after her. The process refers to a label given to a patient’s accurate perception of real events as delusional, resulting in misdiagnosis. The courageous woman met an undeserved end for raising her voice against corrupt White House officials. 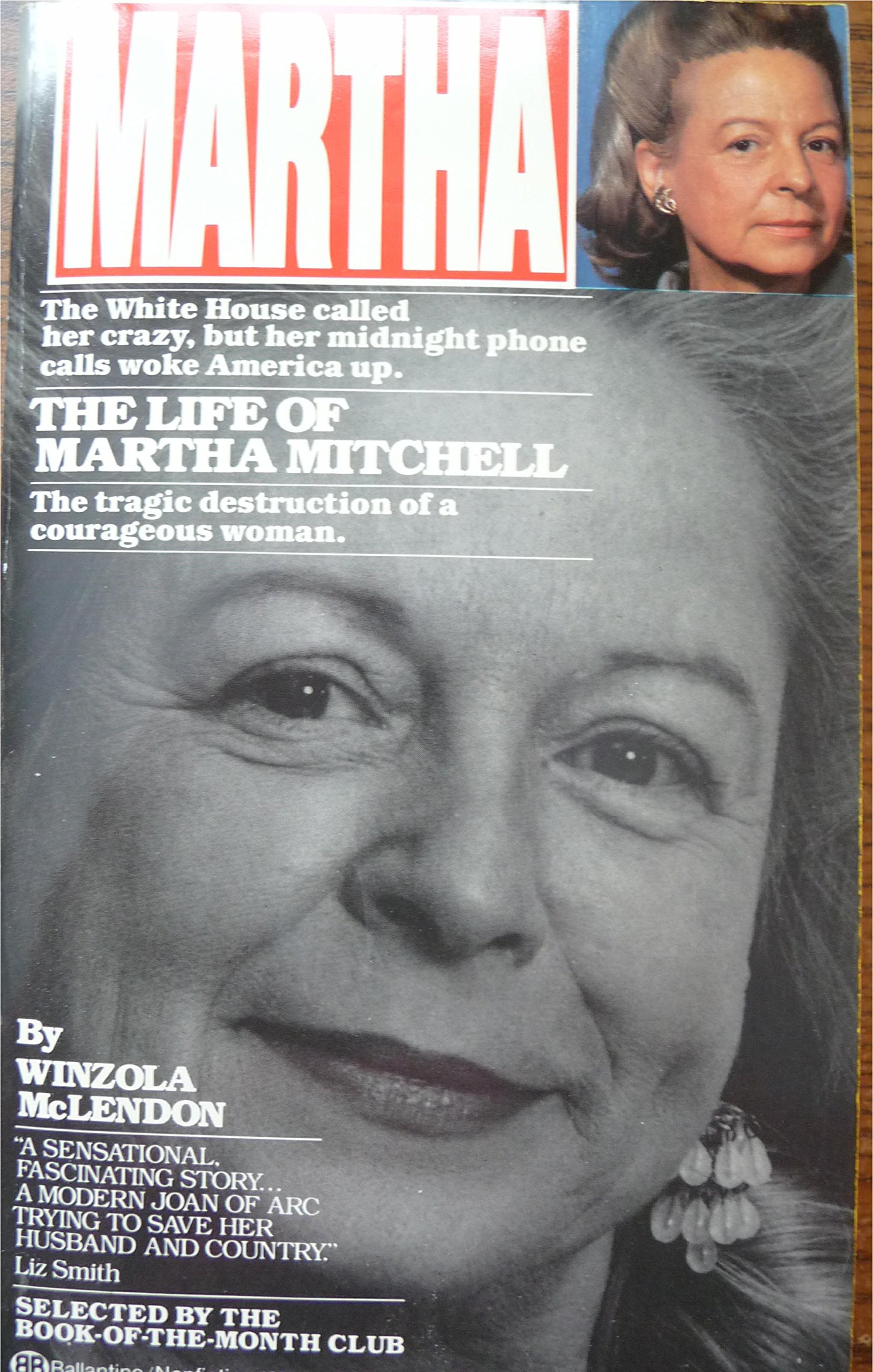 Martha died of rare bone cancer “alone and destitute in the year 1976. Martha’s husband, daughter and son arrived at the service held at First Presbyterian Church. However, an anonymous supporter sent a floral arrangement wherein it was written “Martha was right”.
Netflix is set to release Gaslight, a new documentary on Martha Mitchell that details her life as the first person to publicly accuse President Nixon of being involved in the Watergate scandal. The documentary will release on April 25, 2022. 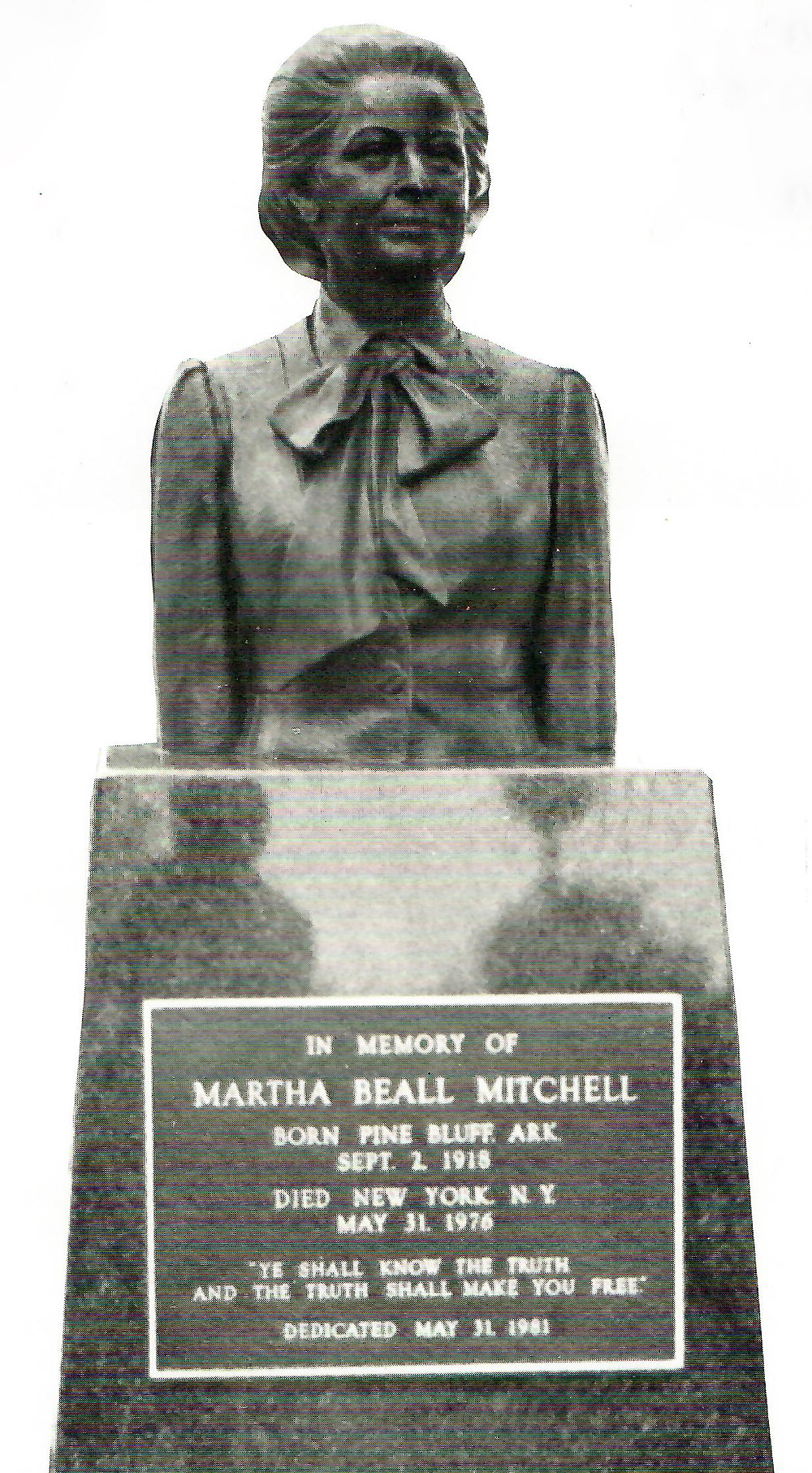 When one recalls the incident of the Watergate Scandal, much credit is given to “Deep Throat” which was an anonymous source that provide critical information about the scandal. She was the real “gaslighter” to pull down Nixon’s government. Such was the end of a fearless whistleblower. What do you think about this story?
Share
Facebook
Twitter
Pinterest
WhatsApp