You are living under a rock if you do not know who Olivia Rodrigo is. This rising star released her debut single less than two years ago, and the rest is history. Her single, Drivers License, stirred a lot of drama and gathered her a massive fan following. She is regarded as one of the most exciting names in the music industry. 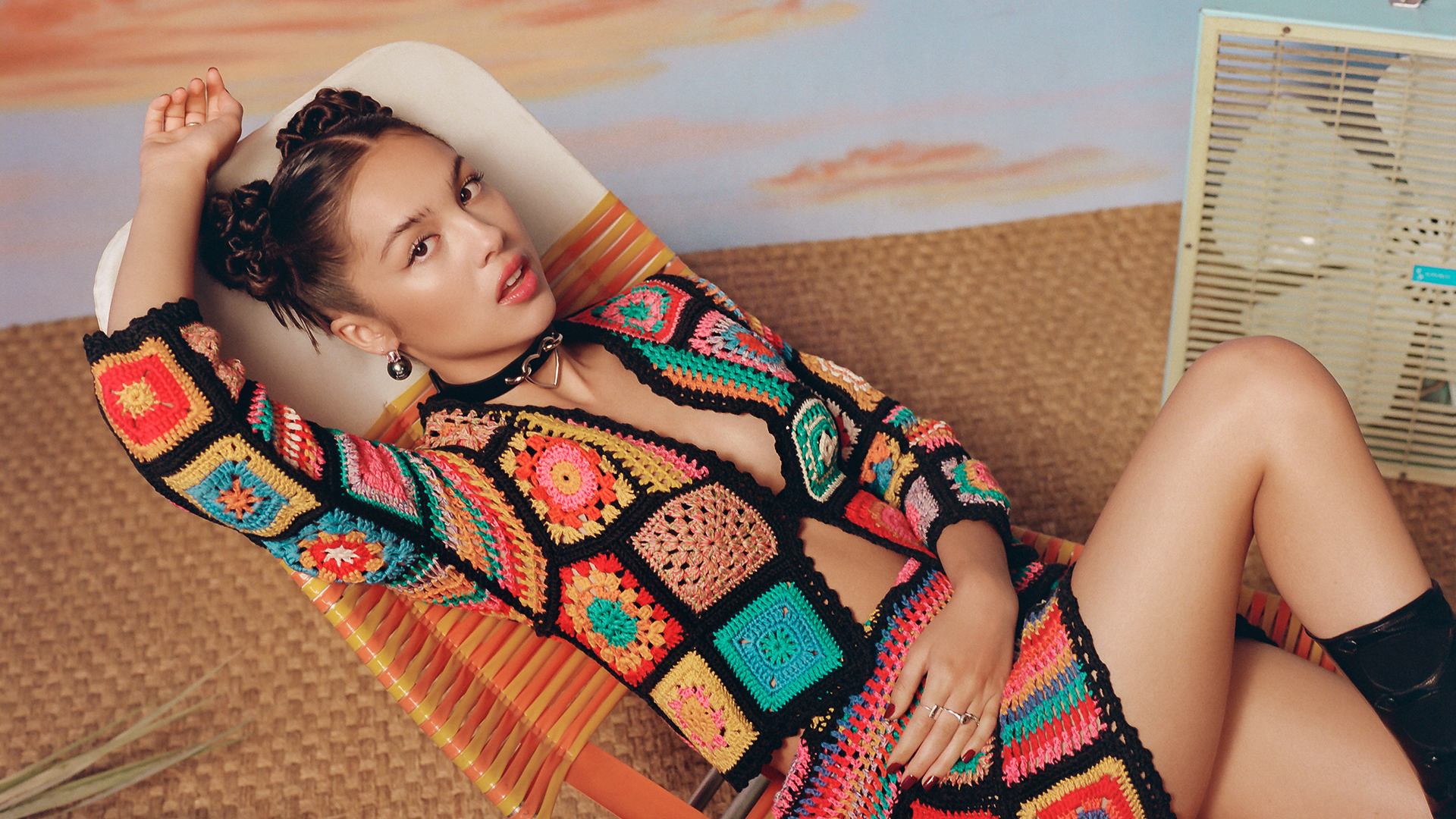 In such a short span of her career, Olivia has become one of the biggest names in the music industry. It is not wrong to call her a top-tier talent. The shining star has a long way to go. This article covers all the little-known things about the star.

Here are a few glimpses from the professional and personal life of the young music sensation Olivia Rodrigo.

Olivia Rodrigo was born on the 20th of February 2003. As of now, she is only 19 years old. Her zodiac sign is Pisces.

Before starting her career in the music industry, Olivia was seen playing Nini in the teen-favorite High School Musical: The Musical Series.

Olivia was born in Temecula, California. As of now, she lives in Los Angeles. She has mixed ethnicity. Olivia’s mother is an American-Irish, whereas her father is a Filipino-American.

You may have spotted Olivia wearing red lipstick in many events, photos, and videos. The singer loves to paint her lips red and has an extensive collection of red tints and lipsticks. She admitted that she trades her clothes with friends over buying new ones. This idea doesn’t create excess consumption and is super fun when experimenting with different clothes and colors.

One of the things that she wants to achieve is to be a songwriter.

Olivia Rodrigo says that achieving commercial success is not the reason she debuted in the music industry. She has been passionate about music since her very childhood. She also states that if her music does a good job commercially, it is incredible. According to her, just because some music artists are not commercially successful doesn’t mean they are less talented.

Olivia is a die-hard fan of One Direction. In one of her interviews, the singer bashfully revealed that she used to write One Direction fan fiction when she was in middle school. She didn’t know that her childhood dream would come true so early.

Olivia Rodrigo’s professional life is highly celebrated, and she has a massive fan following. But in terms of her personal life, nobody knows whether she is dating someone or not. According to some reports, the lyrics of her song Drivers License signaled her relationship with Joshua Bassett. Joshua Bassett has been Olivia’s co-star in High School Musical: The Musical. The song is all about heartache. Currently, Joshua is dating Sabrina Carpenter.

Olivia Rodrigo has achieved a lot at such a young age and within a short period. Her net worth is estimated to be around a whopping $500,000

High School Musical is not the only movie the singer has acted in. Olivia Rodrigo has played lead roles in the direct-to-video movie, An American Girl: Grace Stirs up Success. She acted in the Disney Series, Bizzaardvark. Besides this, she has also played a role in the new episode of a series, New Girl. Out of all the series and movies she acted in, High School Musical became the most successful hit. In a recent interview, she stated that she doesn’t mind playing more roles in the future and is waiting for the right opportunities when it comes to acting.

It doesn’t happen to everyone that their first-ever song creates history. But Olivia Rodrigo has experienced this feeling. She made history with her debut, Drivers License. The song became extremely popular ever since it was released. 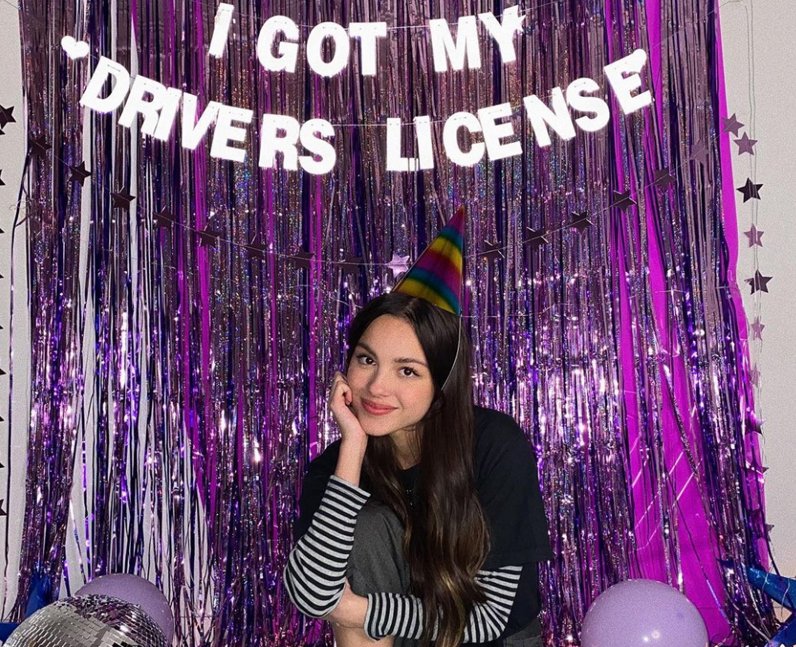 Olivia is one of the four artists born after 2000 who have topped the charts, including 24kGoldn, Billie Eilish, and Jawsh 685. Her song topped the charts not just in America but in other nations like the UK, New Zealand, Australia, and Norway.

Besides being a big fan of One Direction, Olivia is a huge Lorde fan. She calls Lorde and Taylor Swift her biggest inspirations. Her debut album is compared with Lorde, but she doesn’t call her competitor. She is often seen stanning Lorde on her social media handles.

Although a lot has not been gathered about the private life of the singer, there were reports that Olivia used to date her Bizzaardvark co-star Ethan Wacker. The two fell in love on the sets of the show. They soon split in 2019. However, that doesn’t mean the two are not on good terms. They maintain their cordial relationship and comment frequently on each other’s Instagram posts.

Besides singing and acting, Olivia is fond of playing a guitar. When she is not pursuing her professional career, she likes to play the piano and jam her favorite songs on guitar.

At such a young age of 19 years, Olivia has become an activist. She is also an institute speaker and panelist for the Geena Davis Institute on Gender in Media. Olivia demonstrates that she is socially aware when she often reports her stand on various social issues, including speaking up for diversity, LGBTQ+ rights and their injustice, Black Lives Matter, and other movements and campaigns.

With so many awards and achievements in her hand and a huge success, Olivia Rodrigo is often touted as the next pop idol. After hearing her album, many have suspected that she would have a booming singing career, as successful as Billie Elish and Ariana Grande.

When Drivers License hit the charts, it was clear that the whole world was in love with the singer. Millions of people around the planet continued to support her with each single that she dropped. By the time her first full-length, Sour, debuted, she became one of the biggest pop stars on the planet.

Her album broke the record for the largest one-week streaming sum in the history of Spotify. The tunes on Sour were played over 385 million times in the first seven days of its release on Spotify.

Olivia owes her successful career to years of hard work. Not many people know, but she started taking acting and singing classes when she was only 6-years old. The singer had an intense penchant for performing, and it kept intensifying as she grew older. She had an early start to her career that also built a good foundation for her.

On a personal front, she likes to keep in touch with a special person in her life in a very old-fashioned manner. She and her great-grandmother are pen friends. She makes it a point to take time from her busy schedule to write letters to her. In these letters, she updates her about everything going on in her life.

Olivia’s great-grandmother resides in Wisconsin, and she loves communicating with her using this old-school method.

Olivia Rodrigo has a bright future waiting for her. We wish her the most successful career life.

Keep in touch for more on celebrities.