Elisabeth Fritzl: The Story of the Girl in the Basement

The Fritzl case came into the limelight in the year 2008 when a lady named Elisabeth Fritzl told Austrian police officials that she had been held captive for 24 years by her father, Josef Fritzl. Josef used to assault, abuse her sexually, and even raped her many times when she was held captive in a concealed area in the basement of their family home. 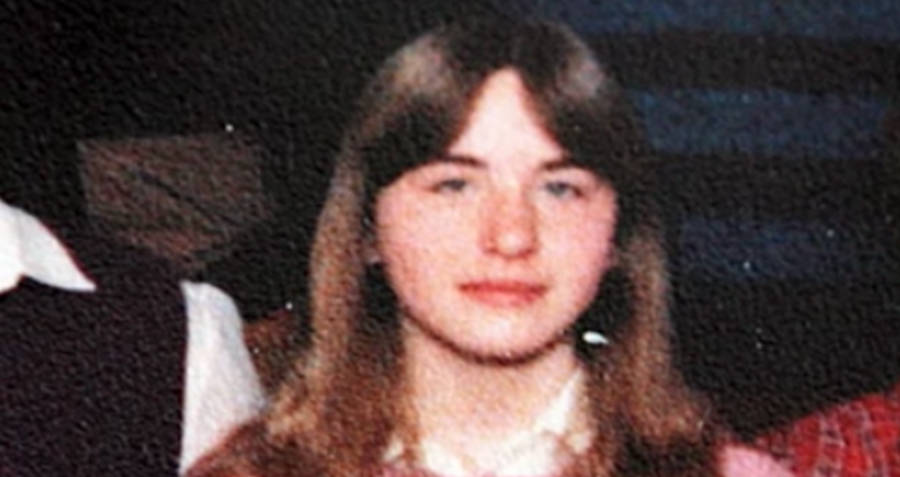 As a result of this, Elisabeth had to give birth to seven babies out of which 3 remained captive with their mother, and 3 were brought up by Fritzl and his wife, Rosemarie and one child died prematurely just a few days after birth.

Based on Elisabeth’s complaint, Josef was arrested by police officials on suspicion of false imprisonment, rape, and other sections of the penal code. He was convicted and found guilty on all counts and the court has sentenced him to life in March 2009.

All about Elisabeth Fritzl, the Girl in the Basement

Elisabeth Fritzl was born in Austria in the year 1966 to Josef Fritzl & Rosemarie. She had 6 siblings – 3 brothers and 3 sisters.

Her father used to abuse her when she was just 11 years old in 1977. After completion of her schooling, Elisabeth started preparation to become a waitress when she turned 15. 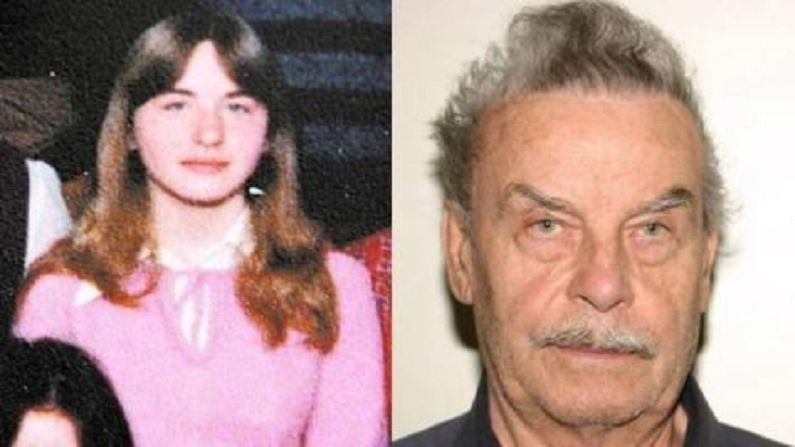 She then ran away from her home in 1983 and went into hiding along with her friend in Vienna. Police found her within 20 days and returned her back to her parents. She later rejoined her waitress course and completed the same to get a job in the nearby city.

How Elisabeth Fritzl Land in the Basement

In the year 1984, Josef Fritzl called Elisabeth to assist him in refitting a door in the basement of their home in Austria. Elisabeth unaware of his intentions and how life will turn after this event went down the stairs to help her father. When she was about to leave the place, she was held over by a small cloth piece soaked in ether over her mouth and nose. 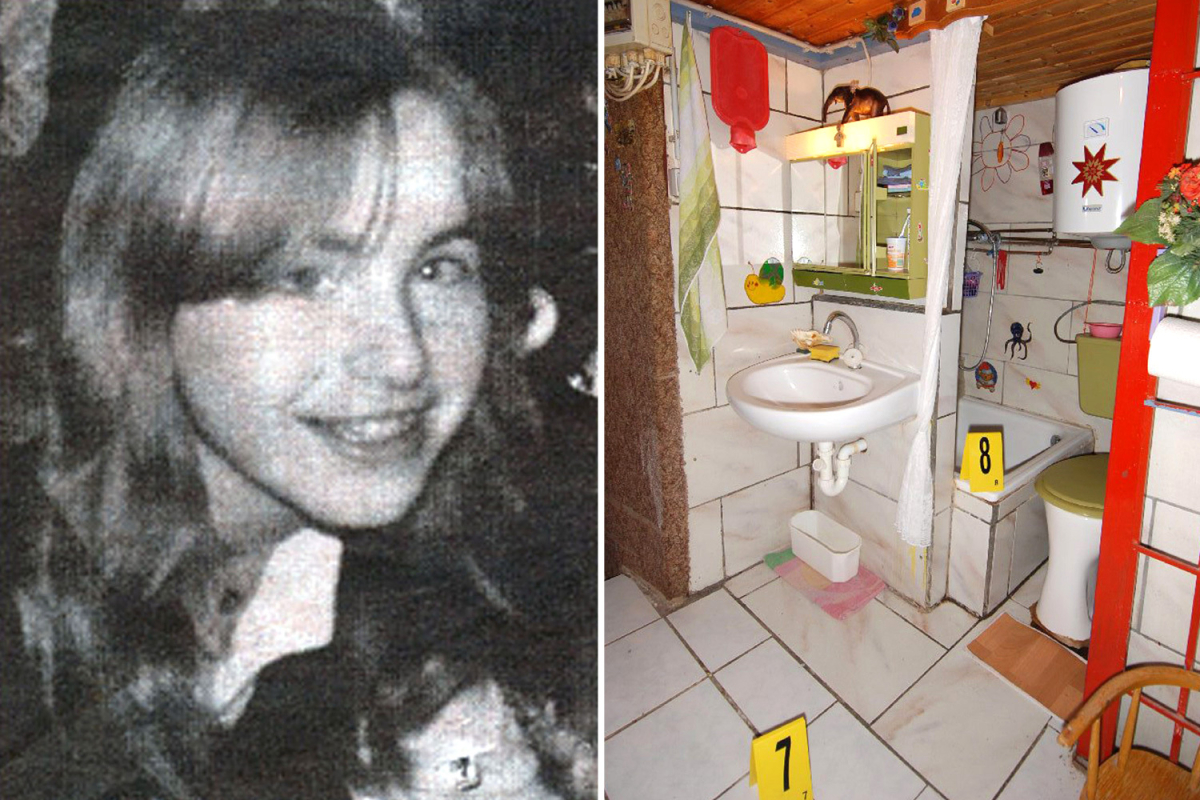 Elisabeth had no clue whatsoever that she was indeed helping her own father’s plan to lock her up as a sex slave. Josef Fritzl was planning to build an underground prison cell for years and receiving official permission from the municipal authorities as well much earlier in the late 1970s.

It was pretty normal in those days of the cold war to build nuclear bunkers in the basement of the house so getting permission was not difficult for Josef.

In fact, Josef was provided a grant of 2000 pounds by the local council towards the building costs. There were series of doors that needs to be opened before reaching the cellar where he planned to keep Elisabeth captive.

24 Years of Life in the Basement

Elisabeth had to go through hell for the next 24 years as the horror unleashed upon her was never-ending. She was at times forced to catch rats with her bare hands. Summer was the worst time of the year for her because of intolerable sweat which she narrated later in her writings. 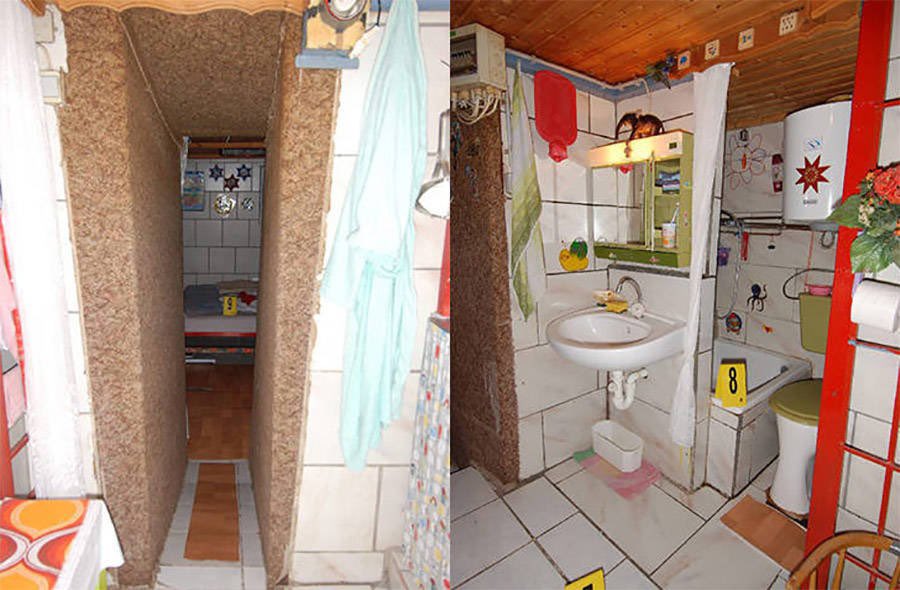 For the rest of the world, life was moving while Elisabeth’s life was still and stagnant. Initially, her father tied her up with an iron chain in such a way that she could barely move half a meter on either side of the bed. He then gave her more freedom to move by attaching the chain around her waist.

As the chain was causing trouble during sexual activity he has removed it after few months. Josef abused her sexually and used to rape her multiple times a day for many years until she was released in April 2008. He raped her at least 3000 times in those 25 years which resulted in seven babies. Elisabeth’s children had to witness her abuse as they grew older.

Three of her kids were with her in the basement and the other three children appeared mysteriously near the doorstep of Josef Fritzl and his wife, Rosemarie, as per his planning.

Atrocities Unleashed By Her Father

Fritzl used to dictate letters to Elisabeth that she was well but could not look after the kids. He would then drive miles to post them back to his wife Rosemarie. Elisabeth was completely broken inside but she tried to console herself that at least her three kids are having a better life than those languishing downstairs.

Josef used to beat and kick her repeatedly. He used to force Elisabeth to re-enact scenes from violent pornographic films. This has left Elisabeth not only with physical injuries but also caused psychological damage. She had spent the initial five years all alone. 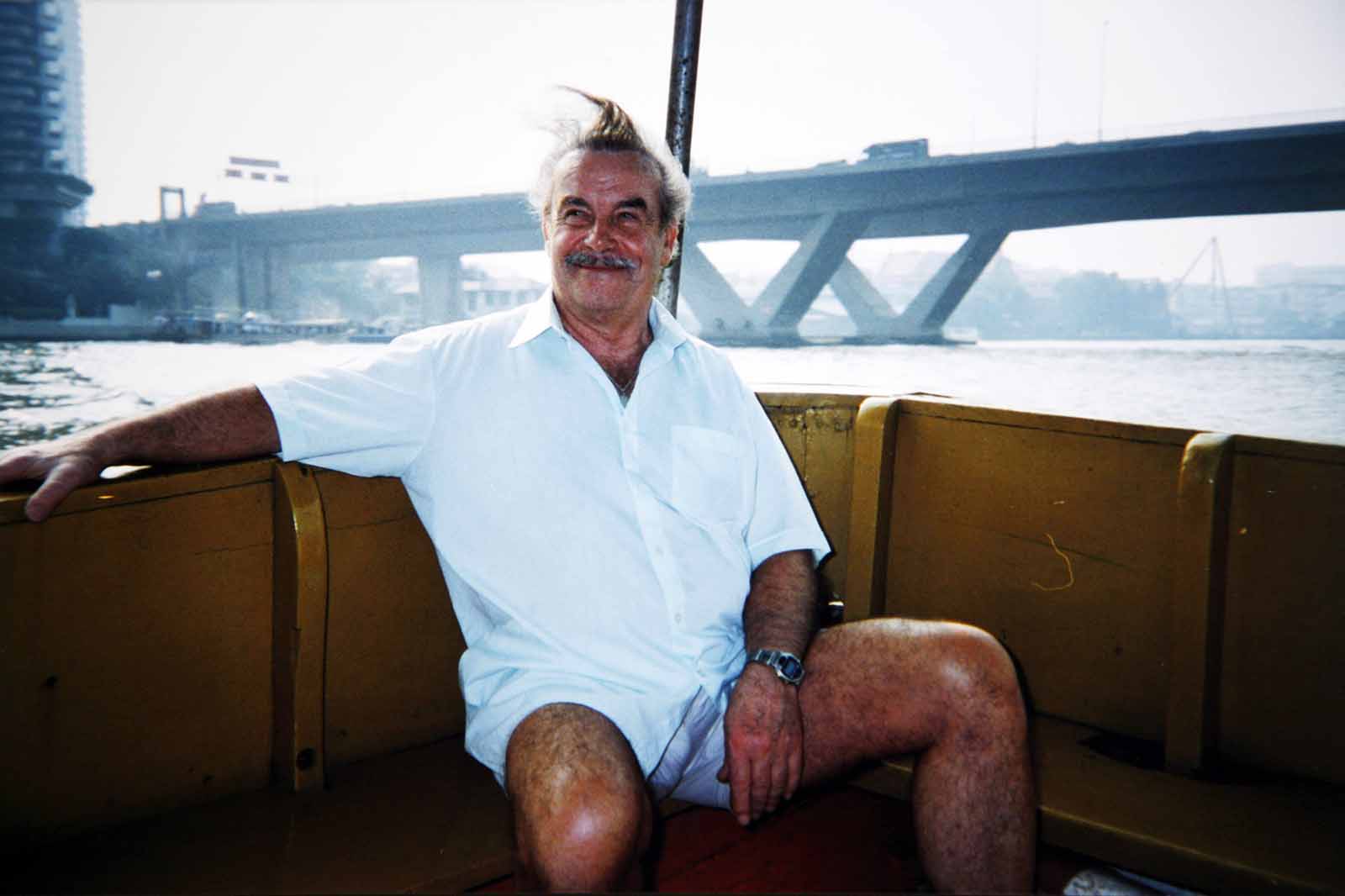 One of her children died prematurely just after his birth in the cellar in 1996. The child was facing difficulty in breathing and died in her arms when he was barely 3 days old. Josef later admitted that he burned the child’s body in an incinerator.

Fritzl tried to defend himself during the trial saying that Elisabeth’s behavior was difficult to predict and in order to protect her from the outside world he locked her up. His lawyer tried to portray Josef as a caring and devoted father who spent time and money maintaining both of his families.

Babies birth gave her a Purpose to Live

When the babies started to come it was really a horror for her. She tried to commit suicide but looking at her kids she had a purpose to live after many years of being alone. She gave birth to all babies without seeking any medical help for almost 12 years. Josef provided her with disinfectant, a dirty pair of scissors, and a book on childbirth. 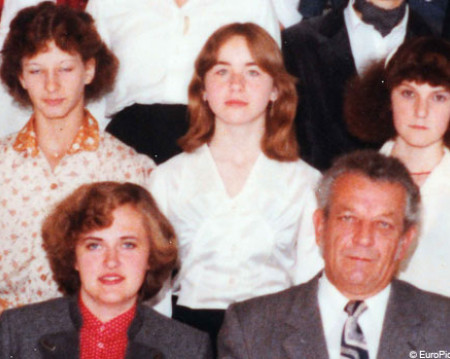 Josef Fritzl used to turn off the power supply to the basement for days so that Elisabeth was left alone in complete darkness.

Elisabeth’s way out of the Dark Basement Life

Her painful story came to an end when Kerstin, her 19-year-old daughter, needed urgent hospitalization. Joseph Fritzl who has never shown any mercy earlier drove her to the hospital in his car. The doctors who were attending Kerstin became deeply suspicious looking at her condition. Doctors later alerted police officials about the whole incident.

There was an appeal in the media which were broadcasted repeated for the mother to come forward with the necessary information if they want to save her life. She along with her two boys saw the appeals on the television in their basement. She then requested her father to let her go. Josef Fritzl who was growing old saw his powers waning and was finding it difficult to maintain both families.

He started to hatch a plan as to how he can get rid of all this without too many questions being asked. For the first time in 24 years, he relented. He told some stories to the hospital staff.  However, both police officials and doctors refused to believe in his story. 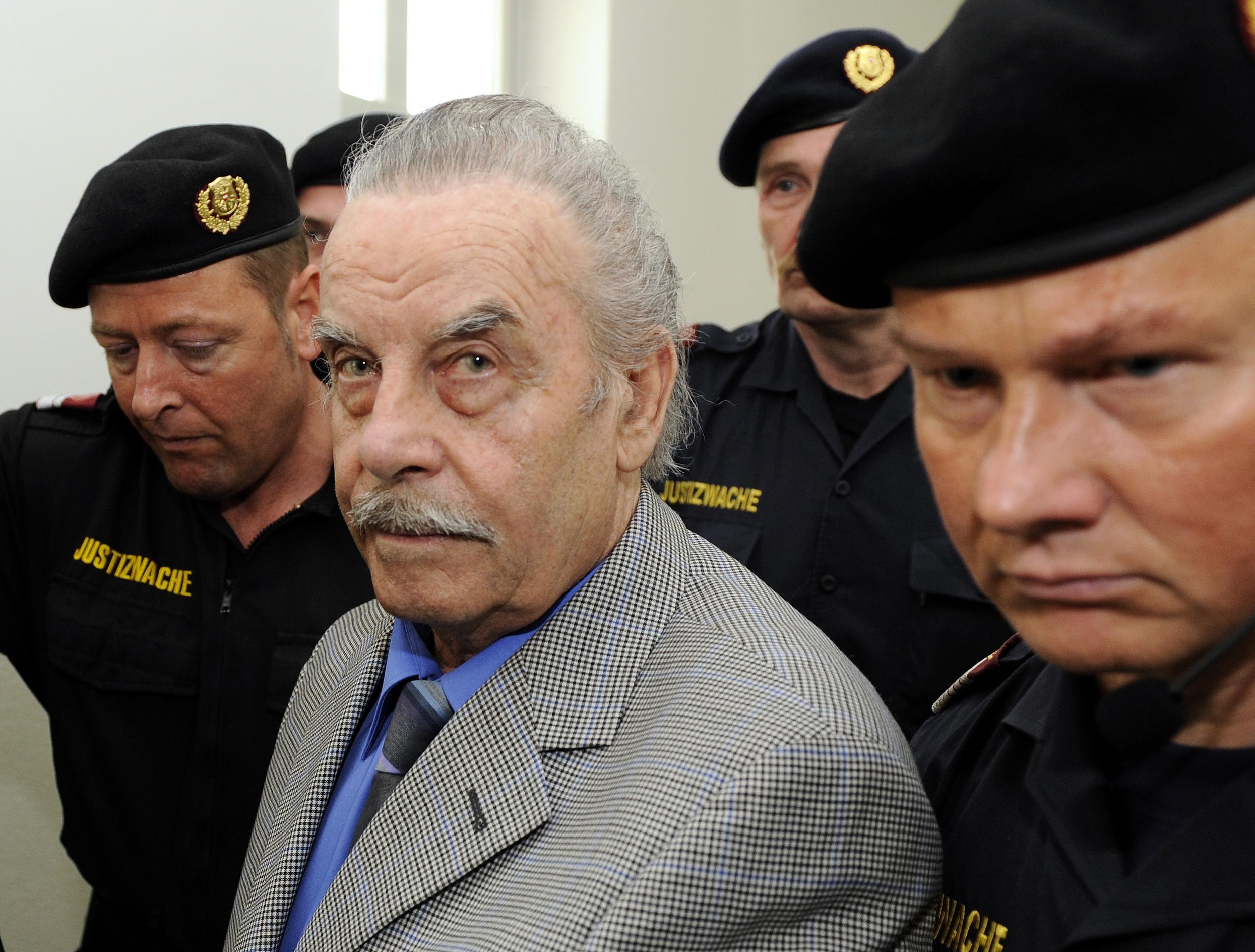 When Elisabeth was in hospital she was taken to a separate room away from her father by police officials and they intimidated her to charge with child abuse case because of sheer negligence towards her daughter.

Elisabeth then told police officials that she will reveal everything to them on the condition that she would never have to set eyes on her father again.

A Film on Elisabeth Fritzl – Girl in the Basement Story

The film titled “Girl in the Basement” which is a crime film is a true story of Elisabeth Fritzl which drew attention from critics.

Here is the official trailer of the film:

The film is based on the story of Sara, a teenage girl who just turned 18 and is desperate to leave her parents’ house. Her father who is not willing to let her go kidnaps her and locks her up in his basement and starts abusing her for years.

Know where is Elisabeth Fritzl now?

Elisabeth first saw sunlight after 24 years of being held captive by her father when she visited the hospital as one of her children needed urgent treatment. She was immediately led by her father back to the basement which triggered suspicion in one of the hospital staff who alerted police.

She was rescued by police officials and they shifted her immediately to the state care center. Elisabeth was given therapy in a nearby village in Northern Austria. Psychologists who have examined her suggested that she should be given lifelong therapy because of the piled-up trauma which she has suffered for years. Elisabeth was then given a new name and identity.

Elisabeth is now said to be living in a bright home along with her kids so that there is little chance of being reminded of the past.

All her children are now aged between 17 and 35. A couple of her children had a difficult time recovering as they have experienced great anxiety and are prone to panic attacks. They were kept on a strict diet plan, regular exercise, and mood-altering drugs to get back to their normal lifestyle.

Elisabeth had a strained relationship with her mother Rosemarie initially but later it became smooth and they got close to each other as per news publication major ‘The Independent’.

Where is Josef Fritzl?

Her father Josef Fritzl is in Garsten Abbey prison and is suffering from dementia. Josef Fritzl changed his name to Josef Mayrhoff as he did not want to reveal his identity in his final days.