Elisa Lam: The Full Story of Her Mysterious Death

It was business as usual at Cecil hotel in Los Angeles until the 19th of February 2013, when a maintenance worker identified a dead body floating in a water tank of the hotel.

The body was later identified to be of Elisa Lam, who was a 21-year old Canadian girl student at the University of British Columbia in Vancouver. 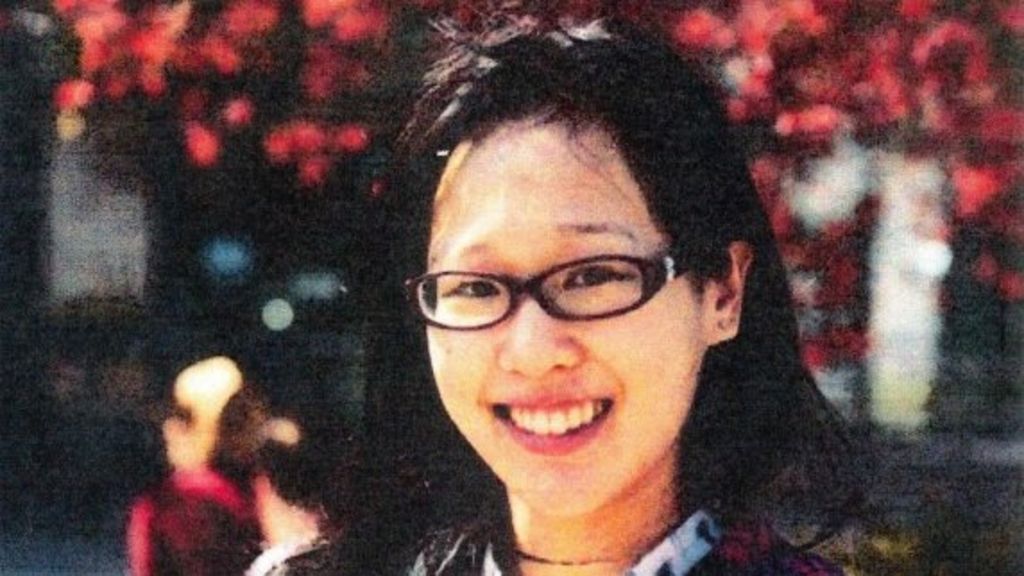 She was reported missing in the first week of February and her disappearance has created a lot of interest among fellow citizens when police officials released her last seem video on the day of her disappearance.

The Death of Elisa Lam – Know What All Happened

The footage was captured by the hotel’s elevator security camera where she was seen going out and again inside the elevator. Her video went viral on the Internet in no time and there were a lot of comments floating around on social media. 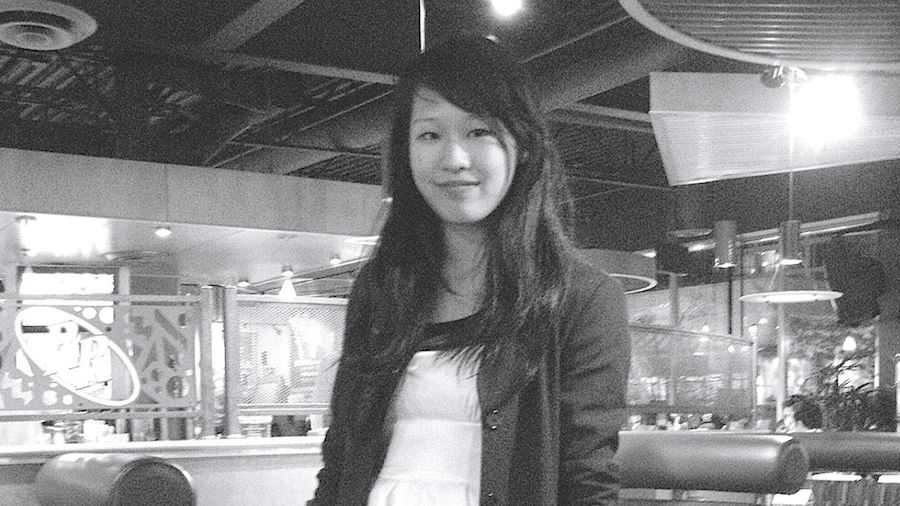 The hotel was earlier in limelight for many deaths and murders which led to many unanswered questions about Lam’s death. There were no clothes on her body when it was found and her clothes were floating in the water near her.

It took almost 120 days to release her autopsy report by the Los Angeles County Coroner’s office, which mentioned that there was no evidence of physical trauma and it was an accidental death.

BC LA reporter while referring to the disturbing and mysterious death of Elisa Lam said, “In 22 years plus of doing this job as a news reporter, this is one of those cases that kinda sticks with me because we know the who, what, when, where. But the why is always the question.”

Guests at the Cecil hotel have filed cases against the hotel about the incident. In a separate case, Lam’s parents filed a suit which was dismissed in 2015.

Lam’s parents – David and Yinna Lam, who hailed from Hong Kong immigrated to the USA. She was a student at the University of British Columbia.

Lam visited San Diego Zoo on her trip to California where she was traveling alone on intercity buses. She posted her pics on social media and then on January 26, she reached Los Angeles. On the 28th of January, she checked into the Cecil Hotel. Lam was sharing a room with her roommates. However, as per the hotel’s lawyer, she was moved to a room of her own as her roommates complained that her behavior was odd. 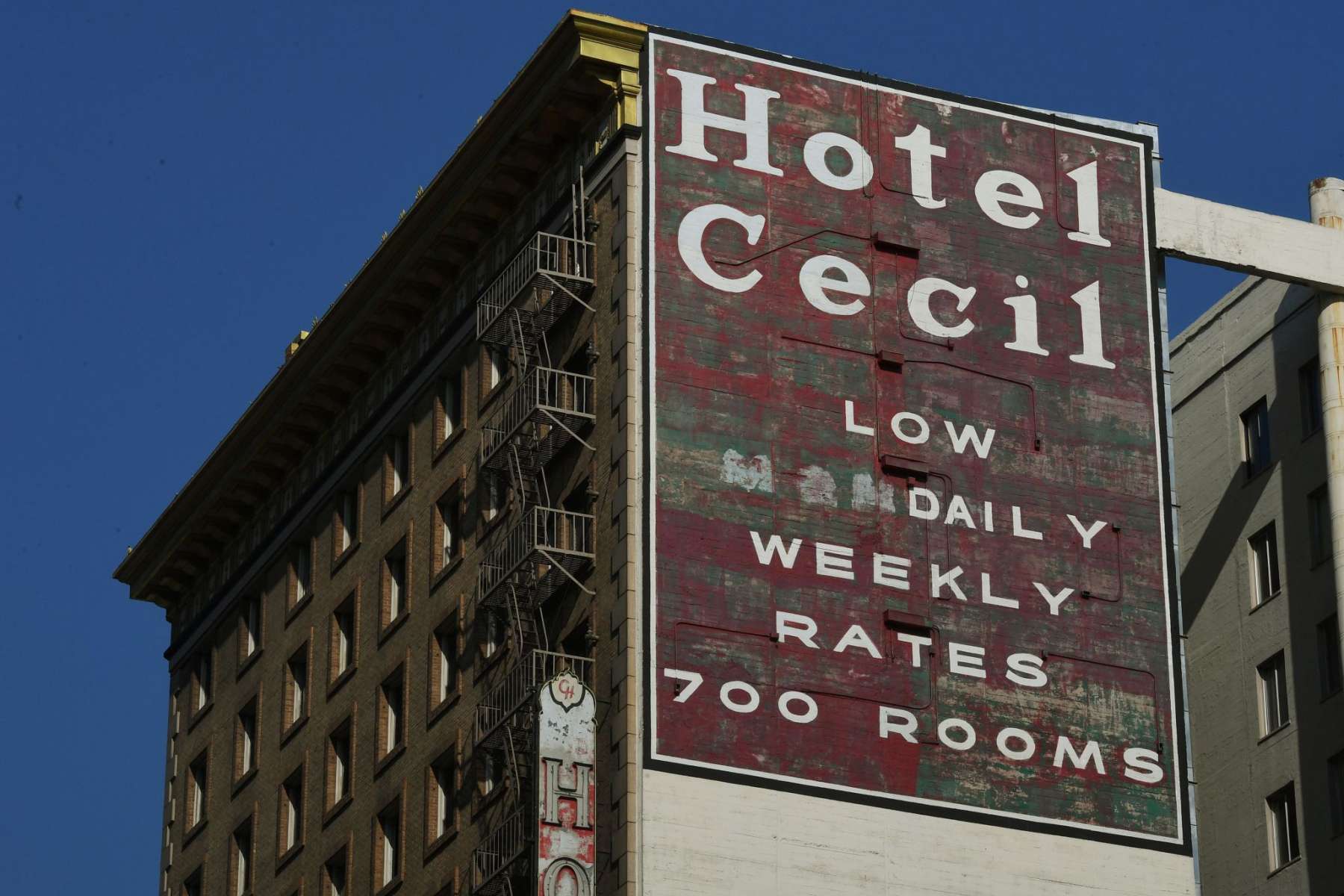 The Cecil was established as a business hotel in the 1920s which went through a lot of distress during the Great Depression of the 1930s which gripped the entire nation. Many murders which took place in Los Angeles had some connections to the hotel. Cecil did some renovations and changed its name to present itself as a boutique hotel.

Elisa Lam and her Mental Illness

Lam was dealing with bipolar disorder and depression and was undergoing treatment. Her family members claimed that she had no history of suicide attempts earlier however it was reported that her parents did not disclose her history of mental illness.

Lam started writing blogs in mid-2010 where she used to post her pictures and details about her struggle with mental illness. In one of her posts, she mentioned a “relapse” at the start of the current school term because of which she had to drop several classes which left her directionless and lost. After some time she mentioned that she will be quitting her blog and will be active on another microblogging site Tumblr.

Video: The Disappearance of Elisa Lam

Lam was in regular touch with her parents in British Columbia almost every day when she was traveling. Her booking at Cecil was until February 1, 2013, and she was scheduled for departure to Santa Cruz. Her parents did not receive any call from her on that day so they informed Los Angeles Police Department (LAPD) about her disappearance.

Below is the CCTV footage of Elisa Lam at the Cecil Hotel before she disappeared:

The hotel staff confirmed to police that she was alone in her room and only one person, Katie Orphan, outside the hotel has recalled seeing Lam that day. Katie, manager at a bookstore told the CNN news channel that “She was outgoing, very lively, very friendly” when she bought some gifts for her family.

LAPD officials have searched the entire hotel including her room for any possible clue related to her death. Police released a 150 minutes video of her hotel footage almost after one week of investigation.

There were many conspiracy theories floating around based on her action seen in the video. When her medical history about bipolar disorder was known new theory about psychotic episodes emerged while some viewers were of the opinion that video was tampered with as almost 60 seconds of footage had been deleted. 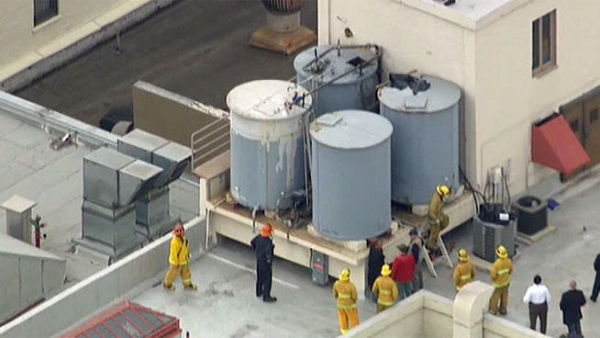 Some guests at the hotel complained about low water pressure and the color of the water being black and very unusual taste. Santiago Lopez, a hotel maintenance worker, identified Lam’s body floating in the water tank on top of the roof. Entire water was drained out and the tank was cut open as it was difficult to remove Lam’s body.

After a few days, a report released by the Los Angeles coroner’s office mentioned that accidental drowning and bipolar disorder can be major factors behind her death. There was no evidence of any sexual assault or physical trauma. Her room keys and wristwatch were also found with her. Toxicology tests had traces of prescription medication drugs and a small quantity of alcohol content was present.

Other Issues Related to Elisa Lam

There were many unanswered questions about her death like:

David and Yinna Lam have filed a legal case against the Cecil hotel sometime later. Her parent’s attorney said that “the hotel had a duty to inspect and seek out hazards in the hotel that presented an unreasonable risk of danger to [Lam] and other hotel guests.”

The hotel defense is not entirely far-fetched as it was evident from the court statement. The hotel maintenance staff has narrated the entire story of how he first found the body in the water tank, about the efforts he had put in to find her out.

Santiago Lopez, the hotel staff said that before he reached the roof by staircase he took the lift to the 15th floor, and then he switched off the rooftop alarm, went to the roof where the four water tanks were located. He then had to take up the ladder to reach the main tank where he noticed something suspicious.

“I noticed the hatch to the main water tank was open and looked inside and saw an Asian woman lying face-up in the water approximately twelve inches from the top of the tank,” Lopez said. 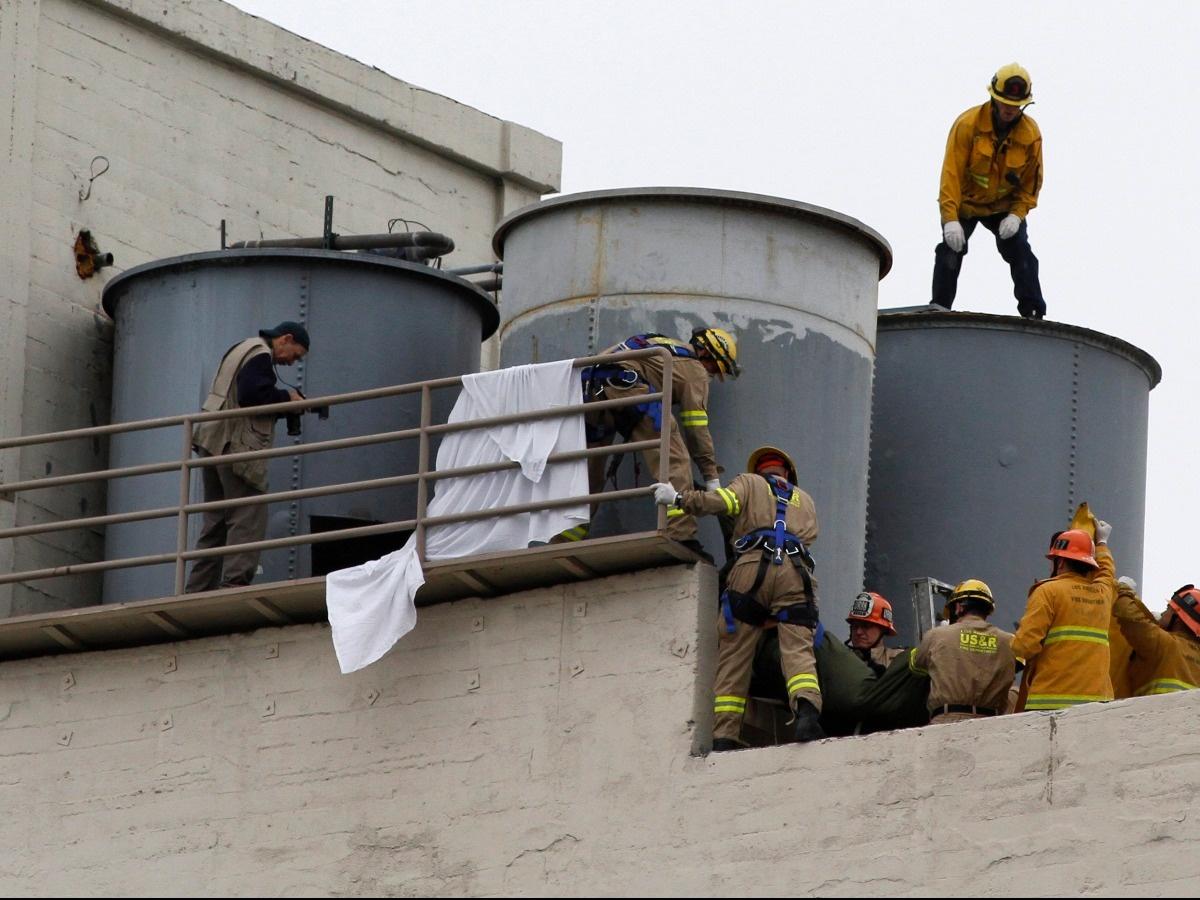 It was evident from Lopez’s testimony that it was indeed very tough for Elisa to get into the top of the water tank all by herself without coming into anyone’s sight.

Pedro Tovar, chief engineer of the hotel made it very clear that it is difficult to reach the rooftop where hotel water tanks were located as it will trigger the alarm bell immediately. Access to deactivate the alarm is only available with the hotel employees. Hypothetically if the alarm gets triggered in a normal scenario then the sound will first reach the front desk and the entire top two floors of the hotel.

Howard Halm, the Los Angeles Superior Court Judge ruled Lam’s death as “unforeseeable” and the lawsuit was also dismissed in 2015.

Based on this story, OTT giant Netflix released a documentary titled, “Crime Scene: The Vanishing at the Cecil Hotel” on 10th Feb 2021.  The American docu-series was directed by Joe Berlinger depicting the entire series of events that occurred at the Cecil Hotel. It features Viveca Chow, Judy Ho, and Artemis Snow. 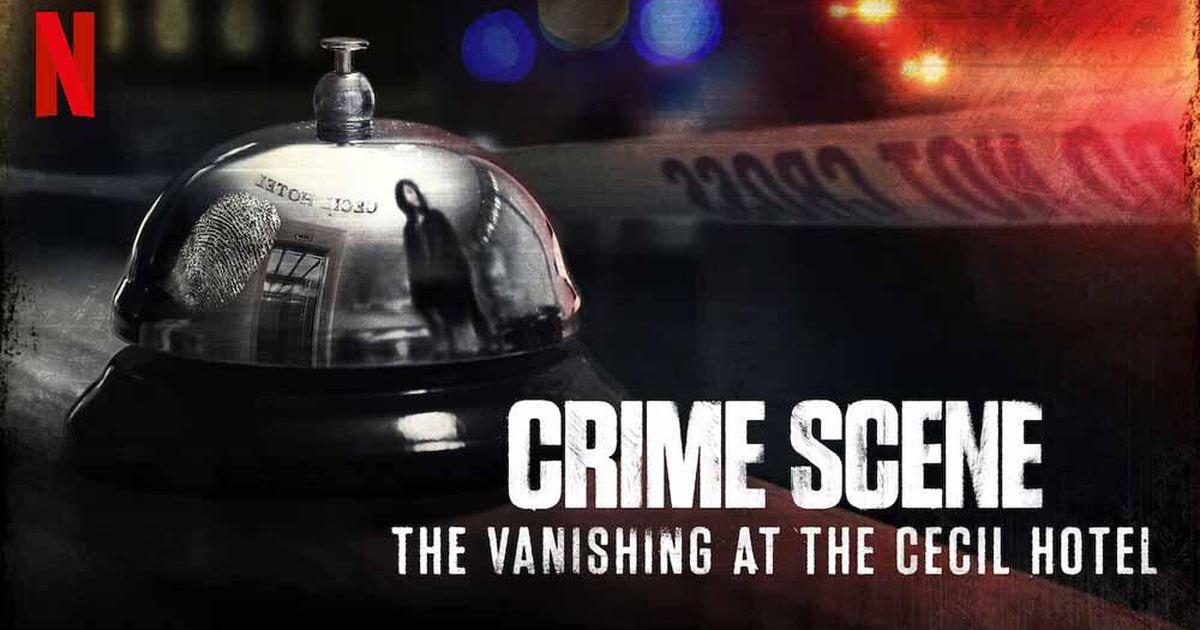 The series got a lukewarm response with an approval rating of 54% on the basis of critic reviews. The average rating of the series is 5.30/10.

Recently, a gaming studio faced the ire of users who noticed similarities to Lam’s case in the storyline in the game titled, “YIIK: A Postmodern RPG”.

There were no further updates from LAPD officials about this case and this remains an unsolved case to date!