You’ve been hearing a lot of phrases on social media such as “Stan Loona” or “Black Pink in Your Area” from K-pop girl group fans or as we may call them, “stans” lately and have decided it’s now time to give it a shot to explore some of the best K-Pop Girl Groups out there. If so, then you’ve come to the right place! 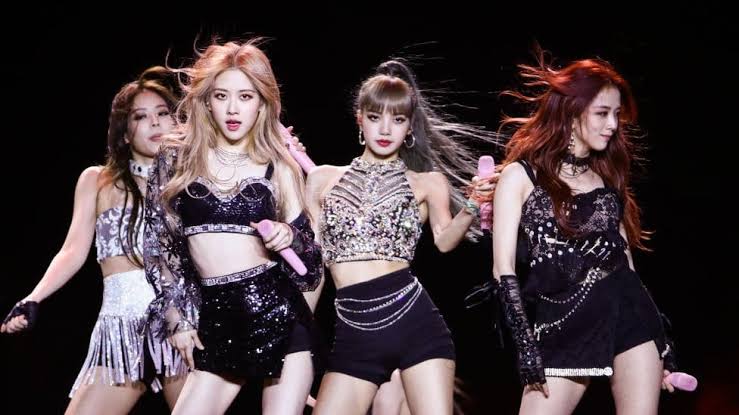 If you’re unfamiliar with the phrase, K-pop refers to Korean pop music, which is very popular around the world. Pop, Rap, R&B, EDM, rock, and other genres are all included in this music genre. But K-pop isn’t only about the music, which is why it’s so addictive: Hallyu, the Korean cultural tsunami that’s sweeping the globe, is also about elegant choreography and wild music videos.

In this article, we’ll talk about the 20 best Kpop Girl Groups who are absolutely killing the K-Pop scene right now. So, without any further ado let’s get right into it.

Disclaimer: This is an unranked list. The list consists of the best 20 K-pop girl groups. Every single group on the list is amazing in their own way. They made it on our list because of their sheer talent and immaculate discography. I, as a fan of all of them, find it absurd to rank them in order of superiority because all of them are literal queens. As Taylor Swift once said: “We all got crowns, you need to calm down.”

First on our list, we have Black Pink . Black Pink is arguably the biggest girl groups in the K-Pop scene right now. The group consists of 4 members namely Jisoo, Jennie, Lisa and Rose. YG Entertainment is in charge of their management. They became an instant hit upon their debut and have since gone on to become one of the world’s most popular female groups. They are one of South Korea’s most powerful celebrities, having won the MTV Music Video Awards for the first time as the first female Korean act. The band has already set several Guinness World Records.

The following is (G)I-DLE. The group is managed by Cube Entertainment. Miyeon, Minnie, Soojin, Soyeon, Yuqi, and Shuhua make up the group. South Korea, Thailand, China, and Taiwan are represented in the group. They were dubbed “monster rookies” upon their debut and were recognized as one of the most successful South Korean girl groups outside of the “big three” firms.

MAMAMOO began in 2014 as a four-member girl group under RBW. Moonbyul, Solar, Wheein, and Hwasa make up the group. Their debut was hailed as one of the year’s top K-pp debuts. Their retro, jazz, and R&B conceptions, as well as their powerful vocals, have made them well-known.

TWICE debuted in 2015 as a nine-member girl group under JYP Entertainment. The group came together as a result of Mnet’s survival show “SIXTEEN.” The trio became renowned as the second “Nation’s Girl Group” after their initial comeback in 2016 with “Cheer Up.” Nayeon, Jeongyeon, Momo, Sana, Jihyo, Mina, Dahyun, Chaeyoung, and Tzuyu make up the group.

SM Entertainment’s Red Velvet is a five-member female group that debuted in 2014. Irene, Seulgi, Wendy, and Joy were the original members of the group. In 2015, Yeri was added to the lineup for the group’s first major release, “Ice Cream Cake.” The trio is one of South Korea’s most powerful celebrities, and they are generally attributed with spreading the Hallyu Wave and Korean culture.

GFRIEND is a six-member girl group that debuted in 2015 under the label Source Music. Sowon, Yerin, Eunha, Yuju, SinB, and Umji make up the group. With the song “Rough,” they attained mainstream hit in 2016. Despite starting from a modest company, they are one of the biggest girl groups and prominent personalities in the Hallyu Wave.

CLC is a seven-member girl group that debuted in 2015 under CUBE Entertainment. Seunghee, Yujin, Seungyeon, Sorn, and Yeeun were the founding five members of the group. Members Elkie and Eunbin joined the group in 2016. Though they began with a cute premise, they have since become known for their girl crush concept.

JYP Entertainment’s ITZY is a five-member girl group that debuted in 2019. Yeji, Lia, Ryujin, Chaeryeong, and Yuna make up the group. They were dubbed “monster rookies” upon their debut and are now one of K-biggest pop’s rookie groups.

Lovelyz is an eight-member girl group that debuted in 2014 under Woollim Entertainment. Baby Soul, Jiae, Jisoo, Mijoo, Kei, Jin, Sujeong, and Yein are the members of the group. With their song “Twinkle,” the trio had breakout success in 2017.

Blockberry Creative’s LOONA is a 12-member girl group. Though they made their official debut as a group in 2018, they began their pre-debut project in 2016, with each mother releasing a promotional track over the course of eighteen months. LOONA 1/3, LOONA Odd Eye Circle, and LOONA yyxy would then pursue activities in sub-units. Heejin, Hyunjin, Haseul, Yeojin, Vivi, Kim Lip, JinSoul, Choerry, Yves, Chuu, Go Won, and Olivia Hye make up the group.

SM Entertainment’s Girls’ Generation is an eight-member female group that debuted in 2007. Taeyeon, Sunny, Tiffany, Hyoyeon, Yuri, Sooyoung, Yoona, and Seohyun make up the group. Jessica quit the group in 2014, bringing the total number of members to nine. They are regarded as “The Nation’s Girl Group” and are considered one of the most significant players in the Hallyu Wave.

Dreamcatcher is a seven-member girl group that debuted in 2017 under Happy Face Entertainment. Jiu, Sua, Siyeon, Handong, Yoohyeon, Dami, and Gahyeon make up the group. The group started in 2014 as MINX, but announced in 2016 that they would be rebranding. They abandoned their previous adorable concept in favor of a terrifying one.

WJSN, popularly known as Cosmic Girls. It is a 13-member girl group that debuted in February 2016 under the banners of Starship Entertainment and Yuehua Entertainment. Seola, Xuanyi, Bona, Exy, Soobin, Luda, Dawon, Eunseo, Cheng Xiao, Meiqi, Yeoreum, and Dayoung were the original members of the group. Following her appearance on “Produce 101” and her debut with I.O.I., Yeonjung was recruited to the group in July 2016.

Apink is a six-member girl group that debuted in 2011 under Play M Entertainment. Naeun, Bomi, Hayoung, Chorong, Eunji, and Namjoo make up the group. They used to be a seven-member group, but Yookyung quit in 2013. They became famous for their charming notion, but they have subsequently moved on to more mature, classier ideas that the audience enjoys.

DSP Media’s APRIL is a six-member girl group that debuted in 2015. Chaekyung, Chaewon, Naeun, Yena, Rachel, and Jinsol make up the group. The group’s line-up has changed multiple times throughout the years, with former leader Somin departing the group just months after its debut. She is now a KARD member. In 2016, Hyunjoo departed the group to pursue a career as an actor.

Cignature, the sister group of CIX, is a seven-member girl group signed to J9 Entertainment. Chaesol, Jeewon, Ye Ah, Sunn, Selina, Belle, and Semi are among the members of the group. In 2019, they made their debut.

T-ARA was a four-member girl group under MBK Entertainment at the time of their hiatus. Qri, Eunjun, Hyomin, and Jiyeon are members of the group, which debuted in 2009. The song “Roly-Poly” helped the group reach national attention in 2011. Though their popularity in South Korea dropped the next year, they remain one of the most successful K-pop groups in China after covering Chopstick Brothers’ “Little Apple” in 2014.

Oh My Female is a seven-member girl group that debuted in 2015 under the management of WM Entertainment. Hyojung, Mimi, YooA, Seunghee, Jiho, Binnie, and Arin make up the group. JinE, who had been a member of the group since its inception, left in 2017 owing to health problems. With their single “NONSTOP,” Oh My Girl had breakout success in 2020.

So, here’s our list of the 20 best K-Pop Girl Groups. Hope you liked the article and please let us know whose your favorite on the list!