Who doesn’t love humor? We all do, isn’t it! Comedy comes in many forms. When we speak about the best Asian comedians, there are a few who crack jokes on heritage whereas there are a few others who find a fun element on social issues or some other topic. 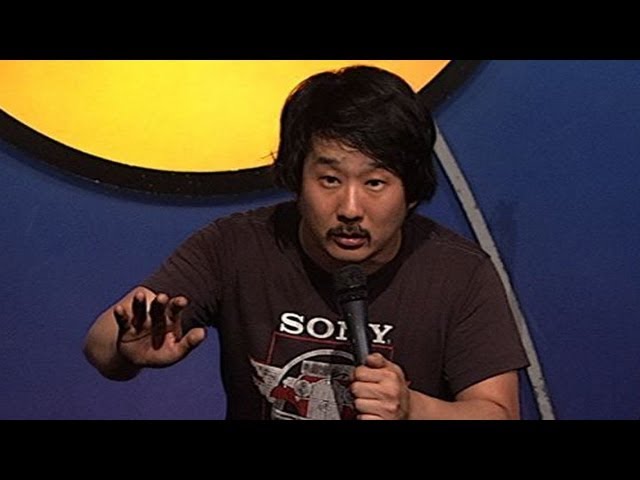 Asia is filled with the abundant comedic talent of International standards that range from open-mic nights to sold-out solo shows. Be it Hong Kong, China, Japan, South Korea, or Thailand each country has its unique way of representing humor.

You will be surprised to know that these comedians are famous not just in Asia or their respective hometown countries but all across the world.

We have compiled a list of the top best 10 Asian comedians who either perform in English or get it translated into English for worldwide audiences. Let us take a dive into the list right away!

Bobby Lee is a Korean American standup comedian, actor, and host of the imaginary Kim Jong-il Show. He featured in more than 25 films in the last two decades. He was recently featured in the OTT media service, Netflix comedy special “Bobby Lee Live from Austin, TX” and also in Netflix’s award-winning series “House of Cards.” 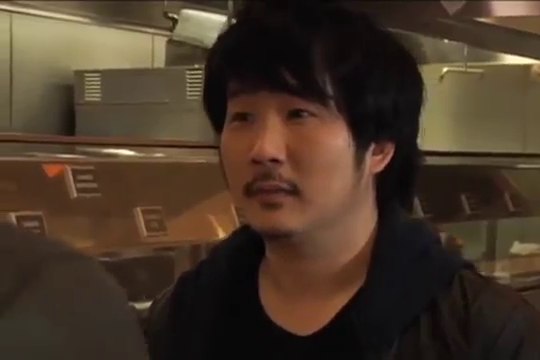 Lee started his career in 2001 as the cast of MADtv. He was the show’s first and only Asian cast member who remained with the show till 2009 when the series was canceled. He joined MADtv briefly again when it was revived in 2016.

Jo Koy is a Filipino-American standup comedian known for his one-liners and quirky observations. Jo Koy started his career more than 26 years ago in 1994 at a comedy club in Las Vegas. Jo Koy gives credit for his success to his mother for his comedic and acting skills. 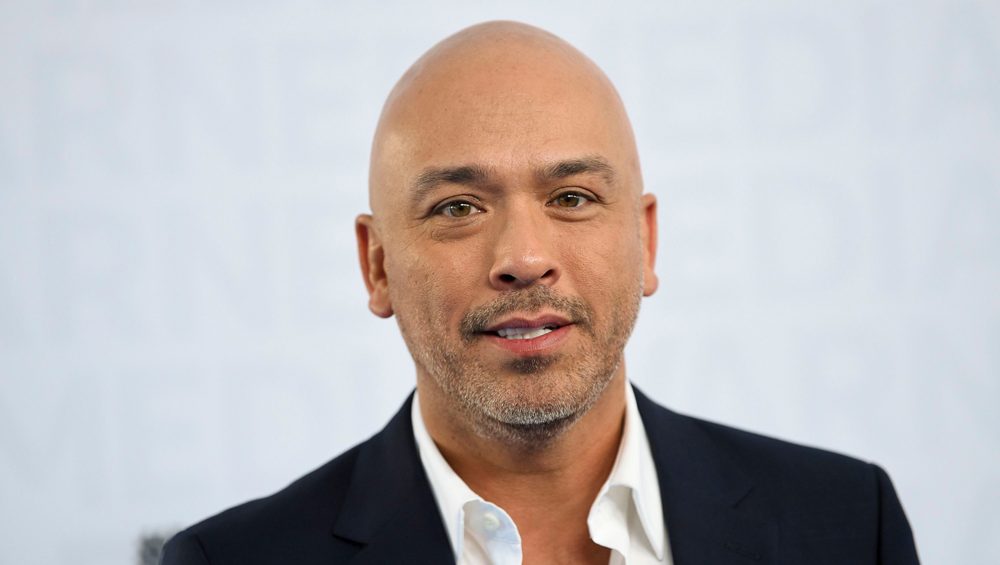 He has performed in comedy clubs from L.A. to New York to Dubai. He received a standing ovation when he performed on The Tonight Show with Jay Leno in 2005. Recently a year back, Netflix released a comedy special “Jo Koy: In His Elements”.

Ali Wong is a stand-up comedian, TV writer, and actor who is famous for her offbeat style and delivery. She is also a writer for the hit television show “Fresh Off The Boat”. She makes an appearance on late-night talk shows occasionally. 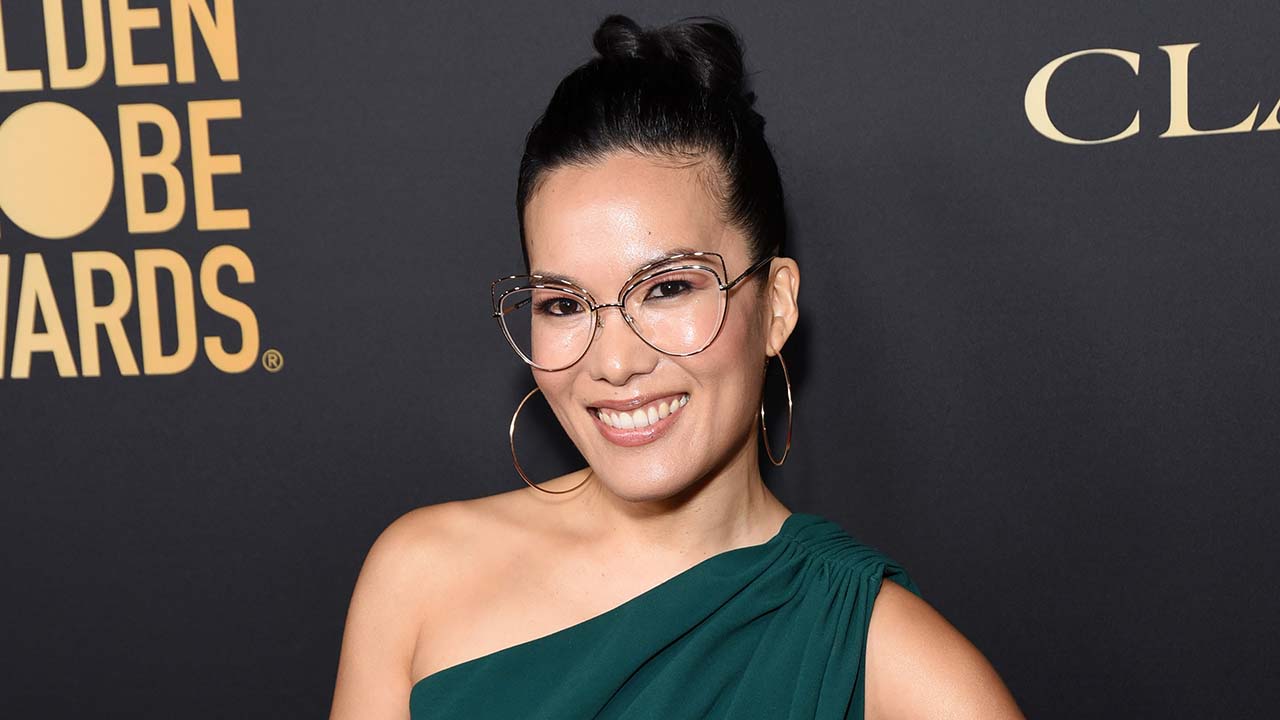 She hosted an episode of the Food Network’s “Thirsty For…,”. Online streaming platform Netflix released a self-titled comedy special in February 2017 that made her entry into Primetime Emmy Awards as a nominee.

Randall Park is a Korean-American comedian and actor. He was nominated under Best Actor in a Comedy Series category for the Critics’ Choice Television Award for his work in the sitcom “Fresh Off the Boat”. Randall Park started his career in standup comedy around 1997. 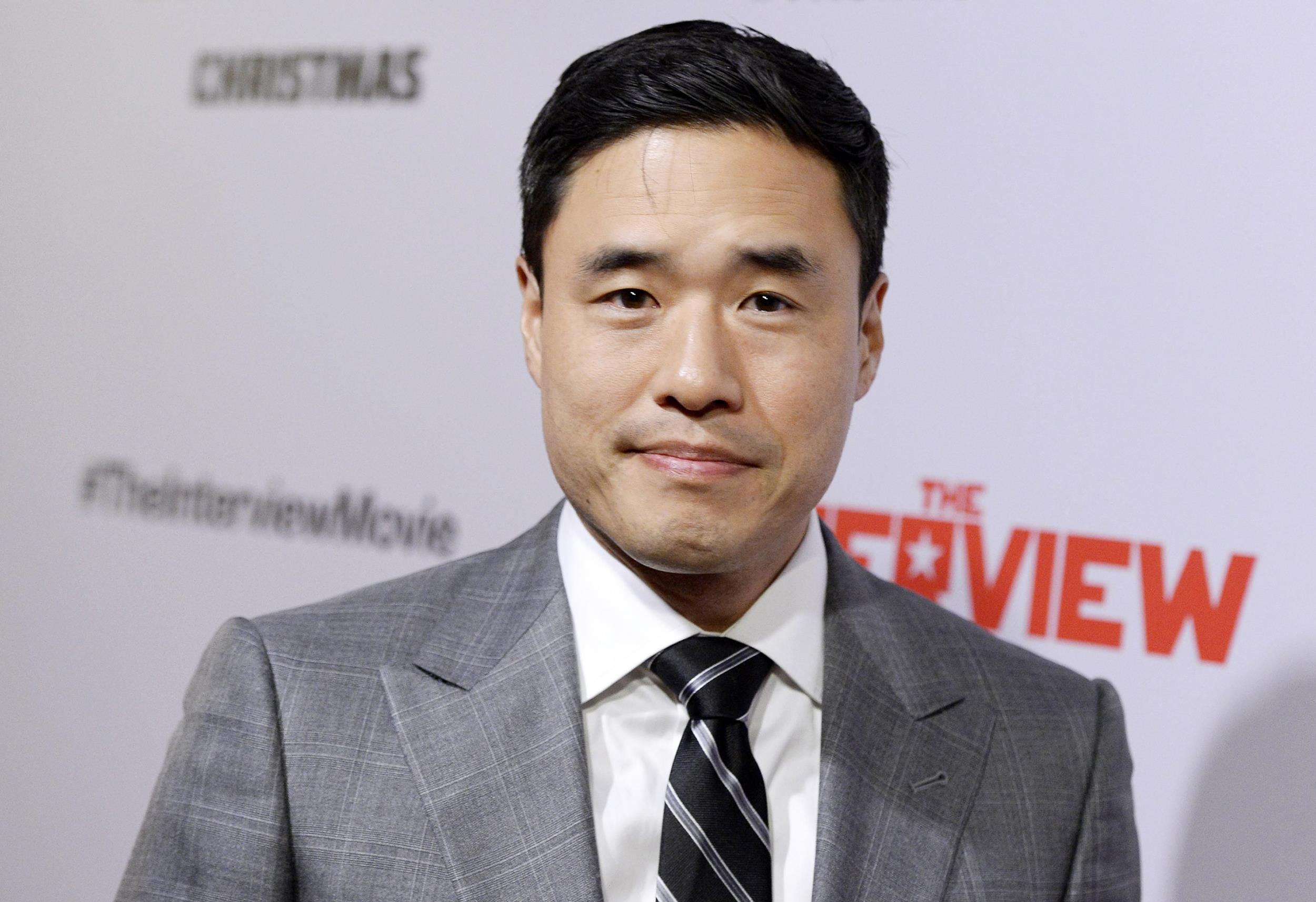 Randall was born in Los Angeles to South Korean parents. He appeared on many popular shows like The Office, Sesame Street, Franklin & Bash, Drunk History, Delocated as well as radio programs like NPR’s Fresh Air with Terry Gros and the Arsenio Hall Show.

Jimmy O. Yang is a Chinese-American comedian and actor. He gained recognition for his recurring role in the HBO comedy series “Silicon Valley” as Jian Yang. He is also the author of the book, “How to American: An Immigrant’s Guide to Disappointing Your Parents”. 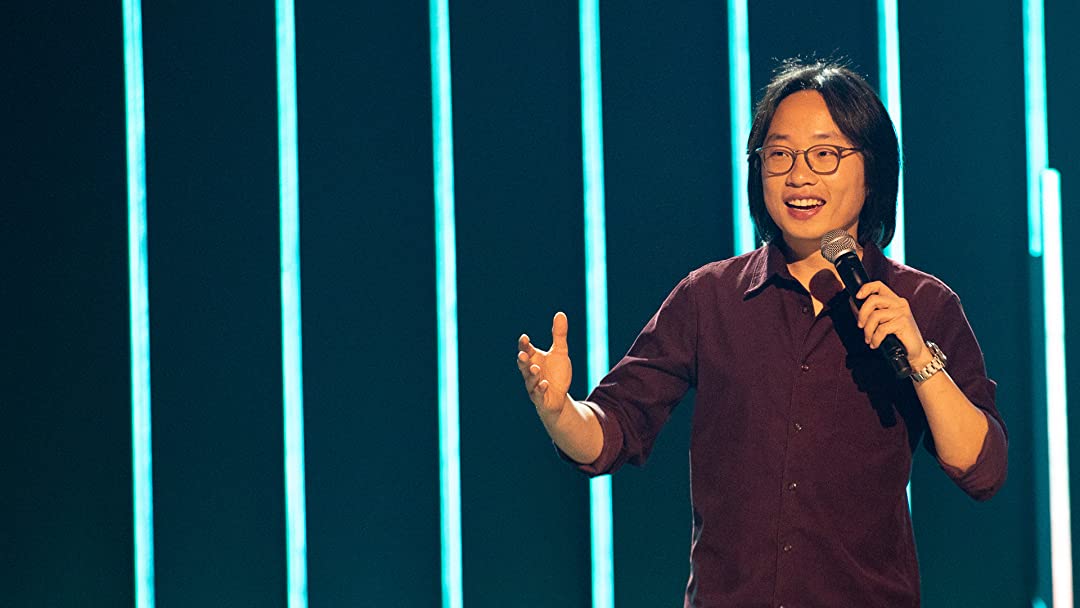 He has worked in many movies and also in America’s famous late-night talk show, Jimmy Kimmel Live. O. Yang received American citizenship in 2015.

Russell Peters is a Canadian-born Anglo-Indian descent stand-up comedian, actor as well as a producer. He is one of the most successful comedians in Canada. He makes his audience spellbound with his universal observations about race, language, family, and terror. 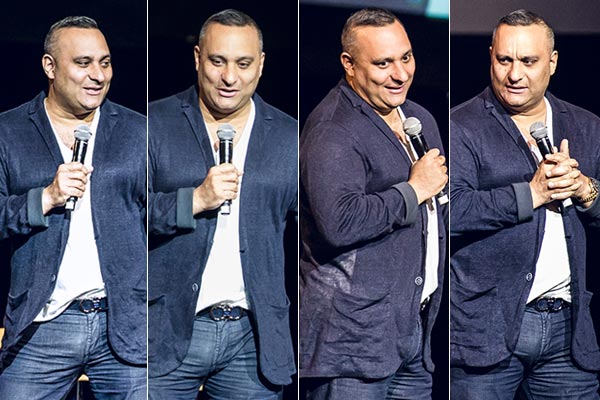 This year he made record-breaking 29 shows at The Air Canada Center in Toronto. In his last tour, he earned around 17 million dollars when 38 of 40 shows sold out at Montreal’s Bell Centre. He describes himself as a “brown man”. His comedy is hilarious, unscripted, and mostly based on his experiences with different people from all walks of life.

Aziz Ansari is an American comedian, actor, and author. He was born in Columbia, South Carolina to immigrant Indian parents hailing from southern state Tamilnadu. He grew up in Bennettsville, South Carolina. He won the prestigious Vossler Award for the short films he made while he was at NYU Film School. 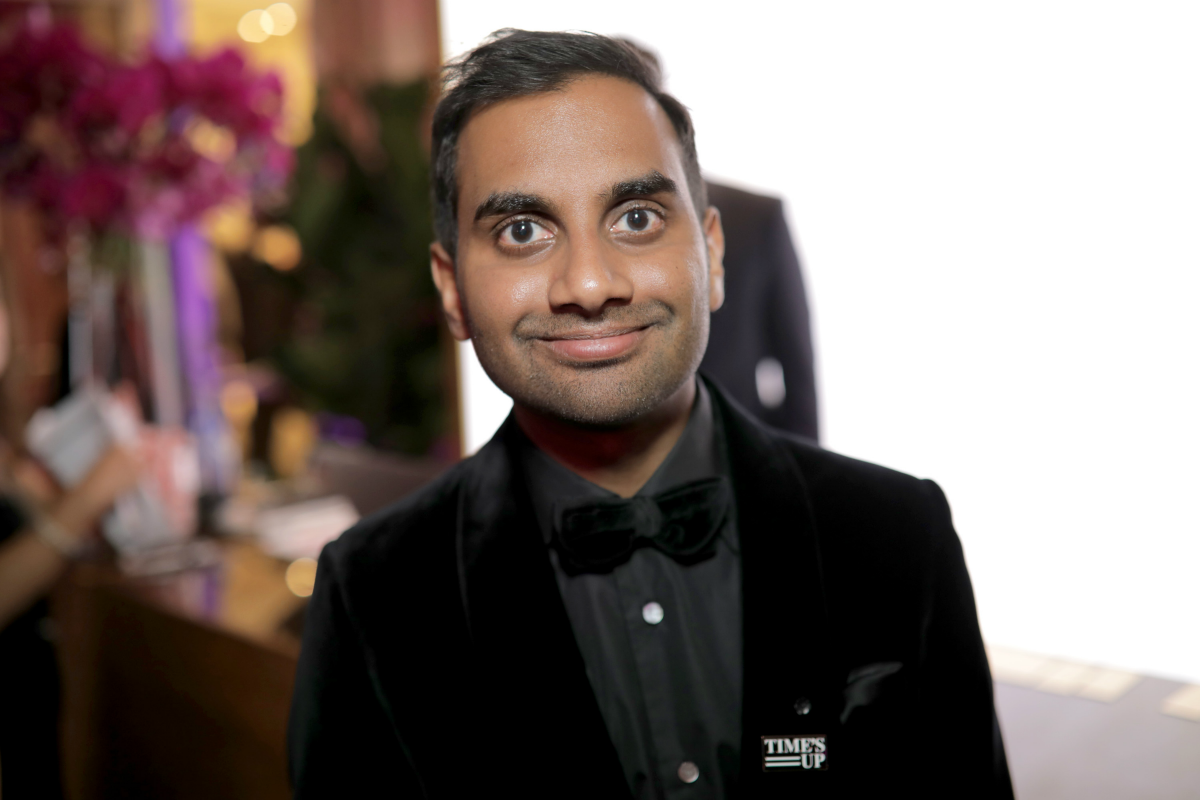 He created and featured in the hit MTV sketch comedy series “Human Giant” in 2007. He also performed in many films. His debut book “Modern Romance: An Investigation” released in 2015 was #1 in New York.

At the age of 17, Kumail Nanjiani began his career in stand-up. However, it took many years until his career started to take off. His family relocated to the US from his native country Pakistan when he was nine years old. 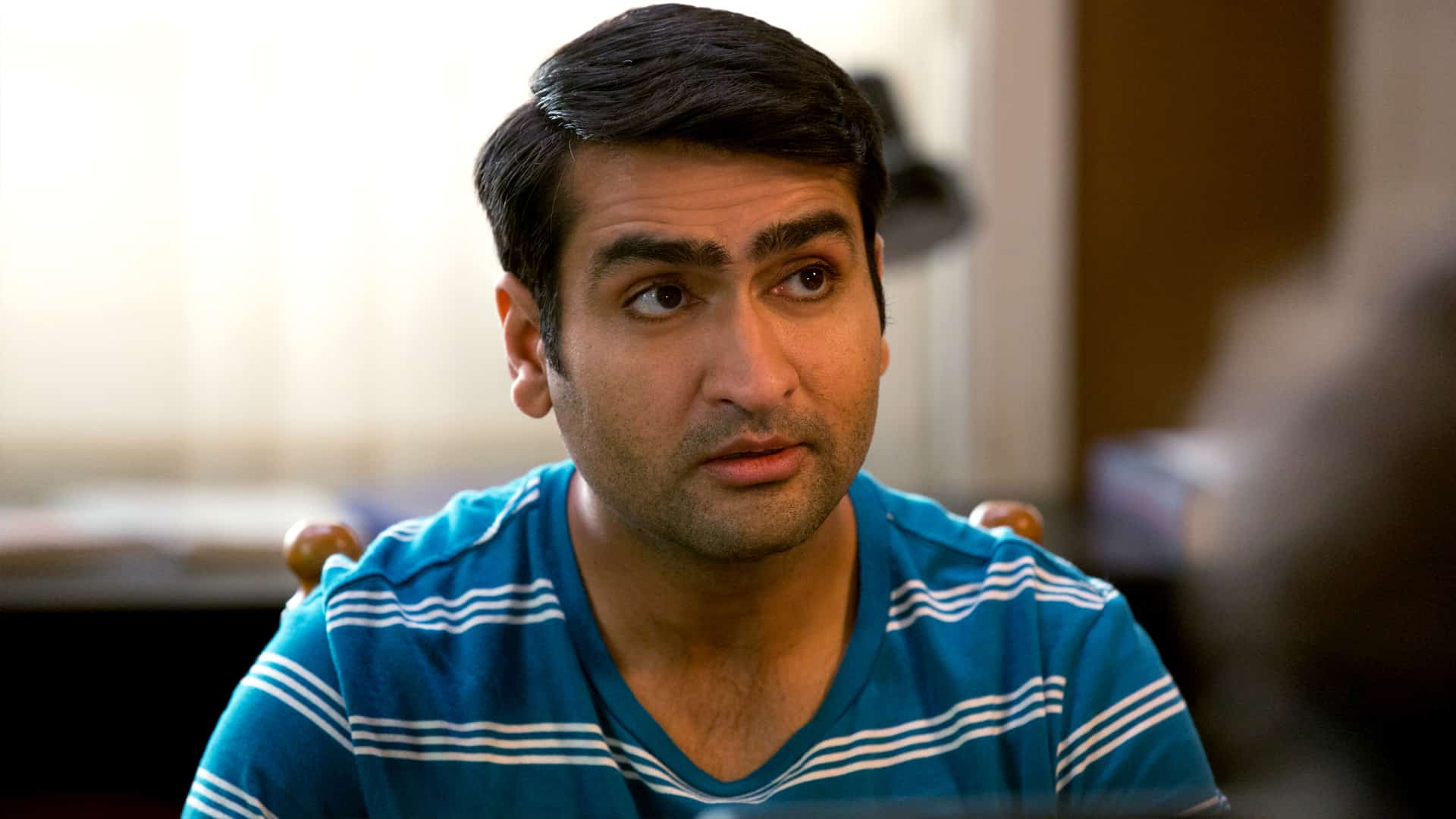 2007 was an inflection point in Kumail’s career when he did a recording session with HBO for a new show after moving to LA. He performed in various shows like HBO’s “Silicon Valley,” Comedy Central’s “Frankie & Grace,” and “The Meltdown with Jonah and Kumail”.

Margaret Cho is a standup comedian, fashion designer, singer-songwriter, and actress. She gained immense popularity for her groundbreaking sketch comedy show, “In Living Color”. She is known for her social criticism and comedy with observations on her ethnicity. She also hosts primetime shows and specials. 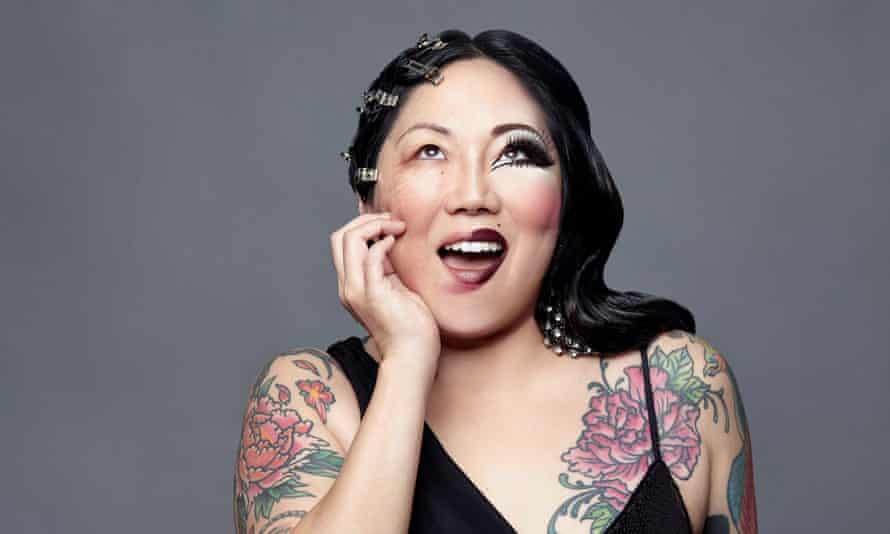 In 1996, she bagged the Best Female Comedian award from the American Comedy Awards, and in 2002, she was nominated for Soap Opera Digest Awards. Comedy is an act of healing for her.

Steve Byrne is an American stand-up comedian and actor of Irish-Korean descent. Steve tours extensively all across the country with his shows mostly sold out. He has appeared on many shows like The Tonight Show, Late Night with David Letterman, and HBO’s Funny or Die Presents. 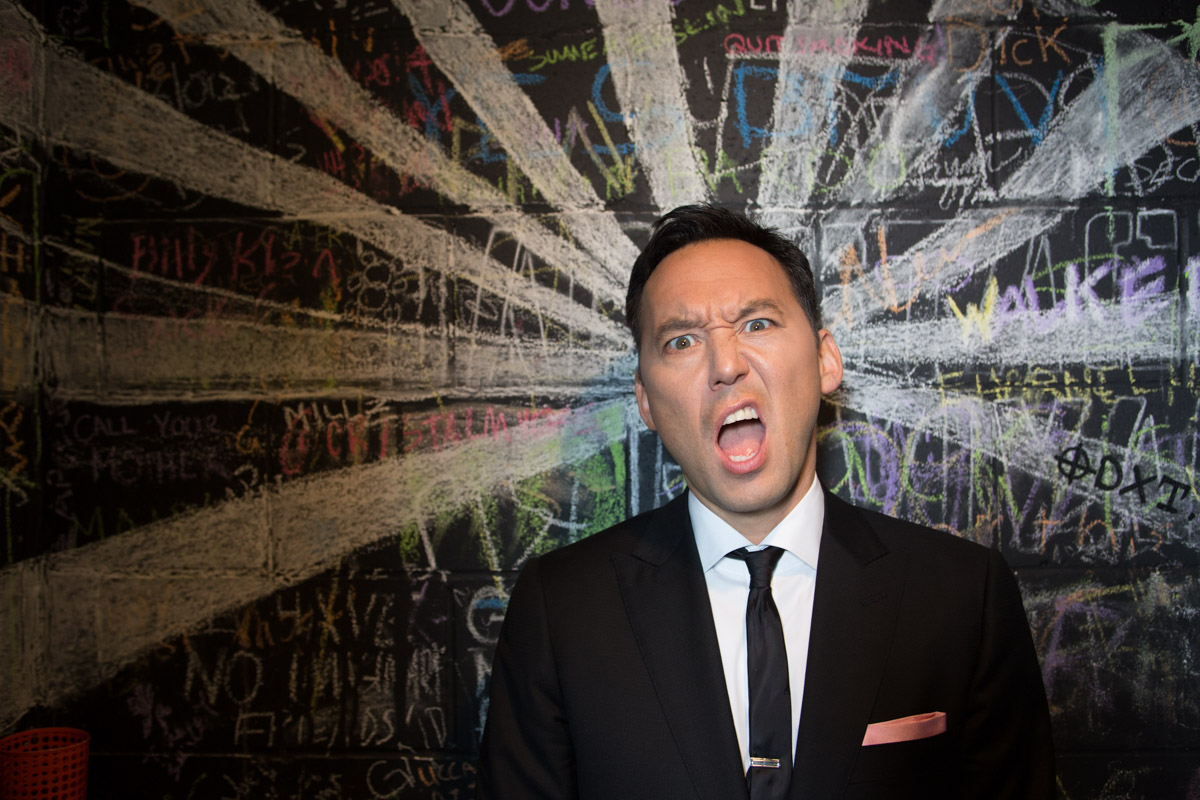 He comes frequently on the weekly show “The Bob & Tom Show” on the radio that is available in select markets nationwide. Steve Byrne has proven himself with his very dry sense of humor as one of the best comics in entertainment.

Hope you liked reading our article. Who is your favorite Asian comedian? Do let us know in our comments section below!