Some call them honey badgers; others address them as ratels.

Honey badgers, as they are primarily addressed, are one of the most incredible and misunderstood animals. They are native to the African continent and are highly respected in the animal kingdom. They may look cute, but do you know their cute looks may be deceptive? It is because honey badgers are known to be attacking lions, the king of the jungle. 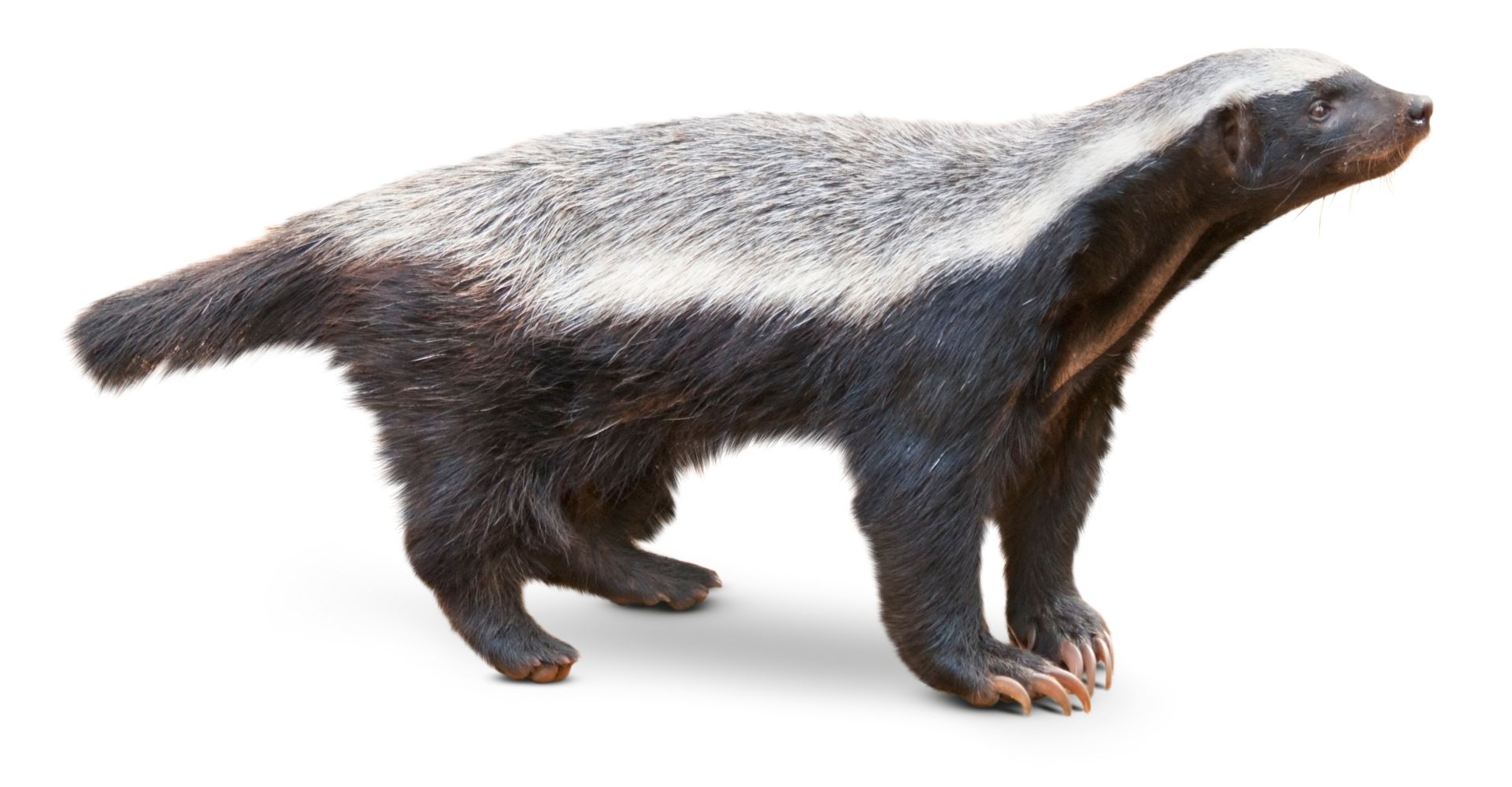 Want to know more interesting facts about this species?

Here are the 15 facts that you may not have known about honey badgers.

Honey badgers are strong animals – stronger than their size suggests. A male honey badger, when matured, weighs 10-15 kgs. Females, on the other hand, weigh a little lighter. Both the genders have a bushy tails, giving them a cute appearance. (Oh, so cute)

Honey badgers are the only Mellivora species left on the planet. Thus, expect some unusual adaptions in them. For instance, a female honey badger has four mammary glands – two pairs of breasts with nipples. It may be helpful as they conceive twins in most cases, hence becoming easier to feed all the cubs.

Yes, you heard that right. Honey badgers have a reversible anus that they can turn inside out. To add more to it, they can sprinkle stinky liquid from their anus. The foul-smelling substance will make you choke. Such behavior of badgers is often compared to skunks.

Do you know it is difficult for predators to hunt down this animal? It is because their skin is too tough for the animals, even bees to sting and penetrate. Additionally, the skin of honey badgers is loose which makes them twist and turn easily if they are attacked by a predator.

Honey badgers are partially plantigrade, meaning they walk on their soles, not on the toes of their feet. This unique habit of honey badgers makes them similar to bears in walking. Also, they are fast walkers. 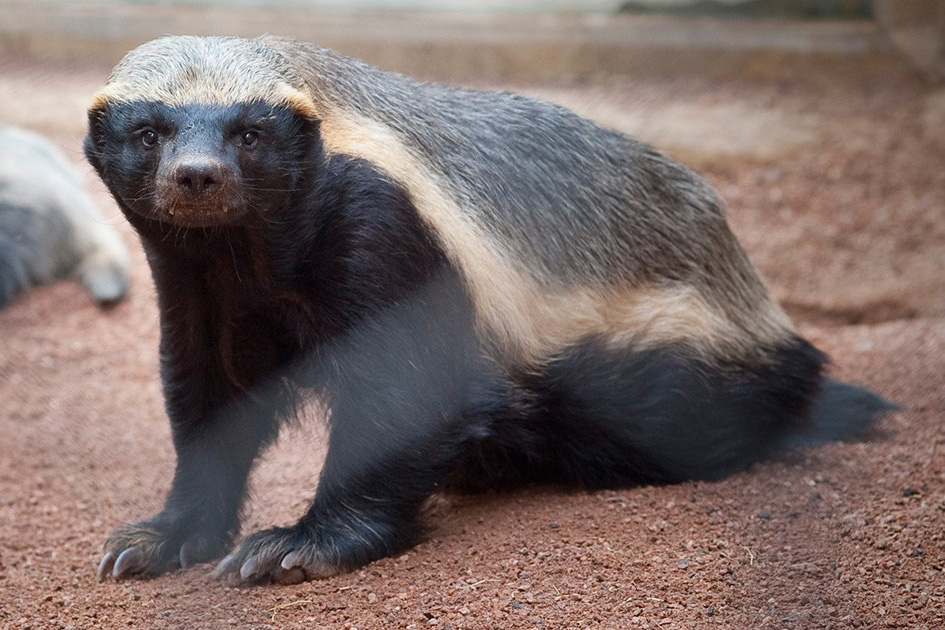 Honey badgers are considered to be excellent diggers. They have long claws, making it easy to dig deep burrows. They use this technique on a daily basis. What’s more interesting is that they can dig anywhere. Whether it is a tree trunk, a plain ground, rough terrain, or even an old termite mound – they do not hesitate to dig the land and claim their vicinity. They can even hide in the holes to capture their prey.

They may look cute, but they happen to be tough. But do you know that honey badgers are mean as well? Despite their aggressive reputation among the animals and people, they do not like to involve themselves in a fight. But it doesn’t mean that they will hold back during an attack. When confronted, honey badgers can become the meanest species to mess with. They can produce a little roar, stand their hair, and sprinkle the foul smell everywhere to defend themselves. Their list of enemies includes pythons, hyenas, leopards, and lions.

8. Eating Habits That Do Not Have Boundaries

One of the most interesting facts about honey badgers is that they can eat anything and everything. While most animals may turn out to be particular (herbivorous/carnivorous for that matter), honey badgers are omnivorous. They can eat it all, ranging from plants, fruits, roots, eggs, larvae to mammals, birds, reptiles, insects, and everything in between.

9. Intelligent Ones in the Jungle

Honey badgers are often touted as smart animals. They have brains bigger for their body size. They have keen observation skills. They can break their cage by opening gates and even creating stacks of rocks to climb over the walls. In some events, their intelligence level is compared to apes.

Honey badgers are fierce attackers. They do not back down. They use their sharp digging claws not only to create burrows and hide but also to injure their opponents. They can repel much larger predators and attack horses, cattle, Cape buffaloes, and other animals.

Honey badgers can indeed eat everything on the planet, but they are fond of eating honey. Honey badgers, as their name suggests, are suckers for honey. To get it to eat, they can even paralyze or hypnotize bees with their potent spray. It also rescues them from their nasty stings. Honey badgers know how to placate the bees to relish honey.

12. Survival of the Fittest

One of the most remarkable things about honey badgers is that they can adapt to any situation coming their way. They do not mind living away from their burrows. Sometimes, they even end up sleeping in another den. Their intelligence of adapting to any situation makes them smarter among others. 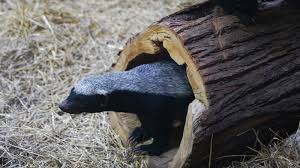 Some animals can be easily traced and investigated by humans, but honey badgers aren’t one of them. To honey badgers, their solitude is everything. They do not like human contact at all. They love spending most of their time on their own. You may see them joining up during the mating season, but most of the time, they are good alone. Also, they are the most active during day time.

Not many people are aware, but honey badgers are born blind. A newly-born cub cannot see. They are also hairless. It is their mother who takes proper care of the offspring and also carries them in their mouth. 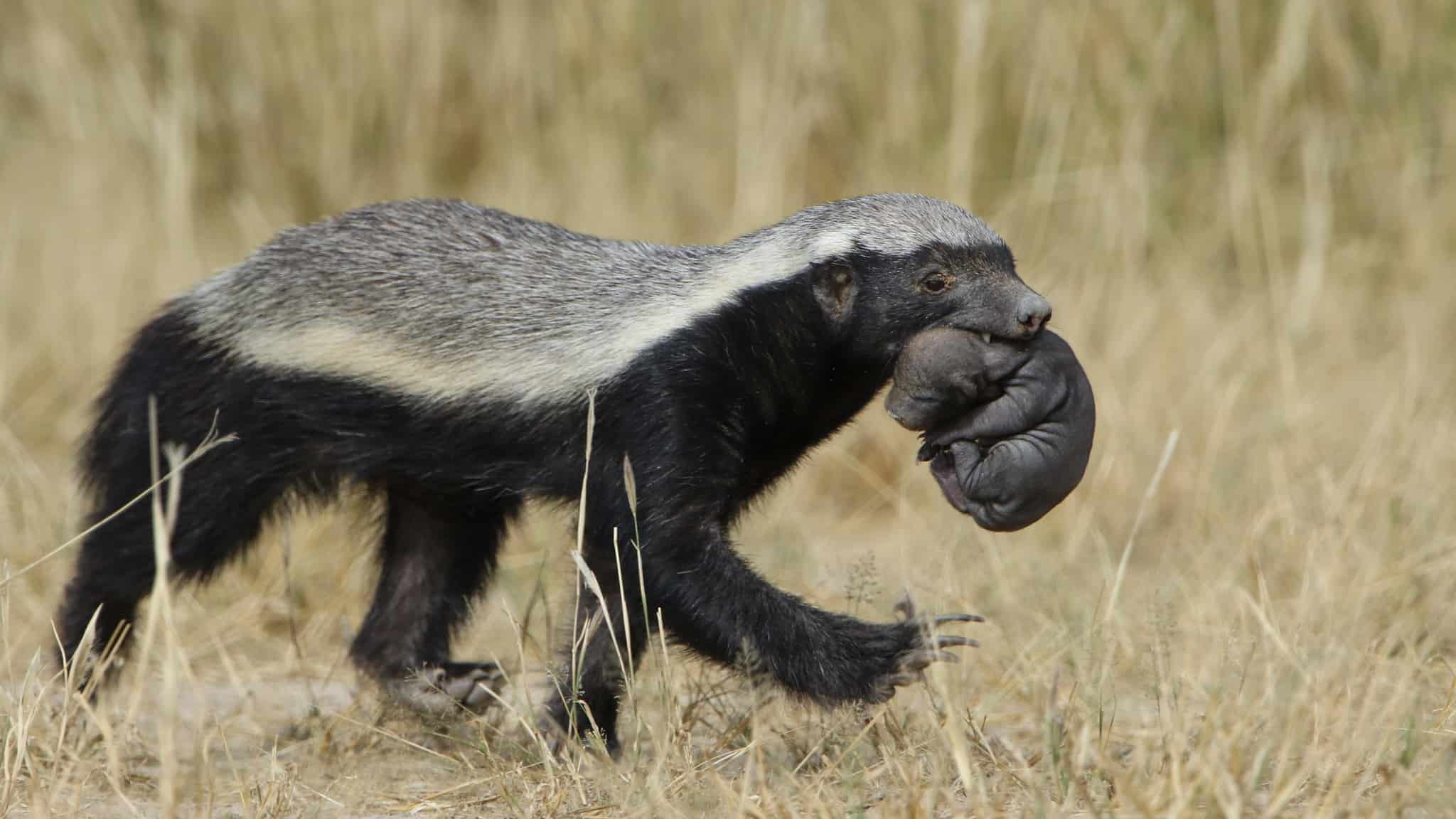 Last but not least, honey badgers can survive snake venom. One of the most dangerous weapons that a snake has while attacking other animals and even humans is its venom. The poison of this species is so lethal that it can even bring large animals on their feet. But the badgers barely care. Thanks to their thick skins, honey badgers can also tolerate the venom of a cobra.

Honey badgers are cool, composed, intelligent, fierce, and cute. This all-in-one species is worth knowing. Call yourself lucky if you spot one.

For more on everything under the sun, stay connected.