TikTok sensation, Khaby Lame, is everywhere on the internet. Recently, he has become the most followed person on the social media platform, with around 143.4 followers. The fans enjoy his funny videos. Khaby, 22, started uploading videos on the networking platform during the lockdown. Little did he know that he would receive so much love from the audience!

Khaby managed to surpass other famous online personalities like Addison Rae, Charli D’Amelio, and Dixie D’Amelio. The star enjoys love and attention from his fans. Not only do the fans love his videos, but look forward to finding some information about his personal life. So, who is Khaby Lame dating? Let’s know.

Khaby doesn’t shy away from sharing his love with his girlfriend and now fiancée, Zaira Nucci, on a public platform. The couple is going stronger with each day. Here are the details about the love of Khaby’s life, Zaira.

Who is Zaira Nucci?

Zaira Nucci is a 19-year-old interior design student. She is also an Instagram personality. Born on the 22nd of February, 2003, Zaira hails from Italy. She set up her IG account in 2018. As per her social media profile, she is studying interior design at the prestigious Istituto Europeo di Design or IED, Milan. This institution is a private design school founded in 1966 by Francesco Morelli. It offers various courses, such as design, visual communication, fashion, and management. Although she is on social media, Zaira is more focused on her studies and degree. You will not find her making frequent appearances on social media.

How Did Zaira and Khaby Meet?

Khaby met Zaira during the pandemic. It was not a physical meeting. Reportedly, the social media star reacted to one of Zaira’s stories. Both of them started chatting on social media for a while. After a few interactions, they decided to take their relationship to the next step.

The restrictions soon lifted, which made them meet in Chivasso, Italy, where both of them reside. Khaby asked Zaira on a date to McDonald’s. As of now, the couple has gotten engaged privately and is happy with each other. Khaby also shared photographs of Zaira on social media. He stated that Zaira is a kind and attractive person, and cares about him a lot. He calls her a blessing in his life. 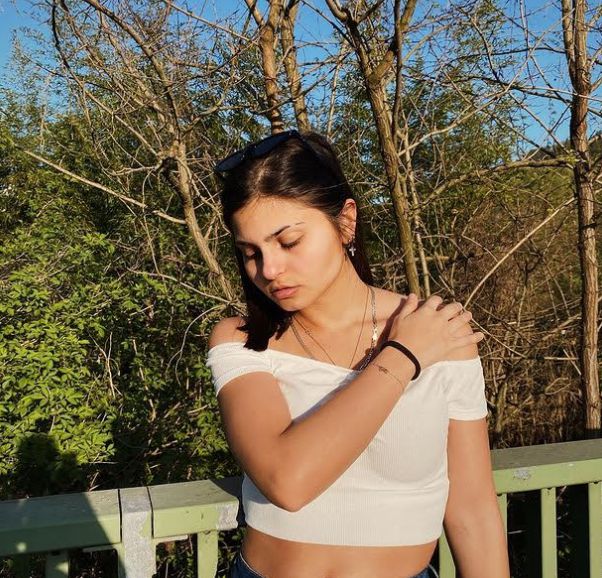 We wish Khaby and Zaira a happy life. May love prevail! Keep in touch for more on your favorite social media celebrities.