Beef Loading! Grammy Award-winning rapper Doja Cat has called out Noah Schnapp for ‘borderline snake sh*t’. Well, her rage comes as no surprise after the “Stranger Things” star shared her Instagram DMs wherein she asked Noah to hook her up with his co-star “Joseph Quinn”. Read on to learn more about this ongoing drama between the two stars. 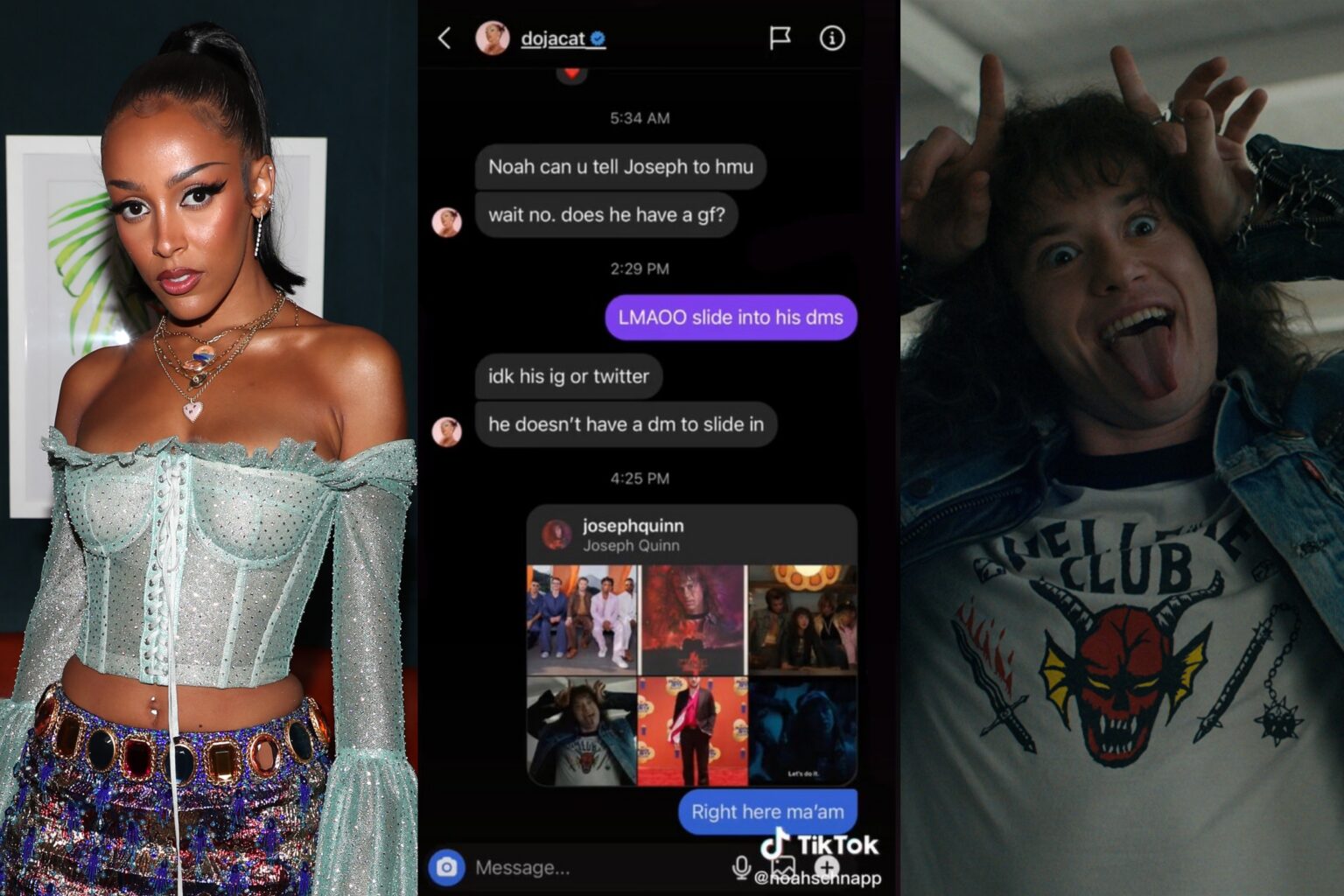 Joseph Quinn is the latest star to be the talk of the town after appearing as Eddie Munson in Stranger Things season 4. Oh well, he’s become so famous that Doja Cat asked Noah Schnapp to hook her up with Joseph Quinn. And guess what, the person she sought help from, turned out to be a snake.

Doja Cat has now called out Noah Schnapp for leaking her direct messages online about wanting to date Stranger Things star Joseph Quinn, confirming that the leaked texts were indeed genuine. “Noah can u tell Joseph to hmu. Wait no. Does he have a gf?” she wrote in a DM to Schnapp, to which he replied, “LMAOO slide into his dms.”

She then suggested that she couldn’t find him on Instagram. “IDK his IG or Twitter. He doesn’t have a dm to slide in,” she added. Schnapp, ever the good samaritan, shared Quinn’s IG page in his follow-up. “Right here ma’am,” he wrote.

However, Noah Schnapp did something unbelievable. Doja’s desperation for Joseph was put on public display after Schnapp, who portrays Will Byers in the record-breaking Netflix series, shared a post on TikTok, revealing that the rapper asked him to be set up with his co-star, Joseph Quinn.

Schnapp, who portrays Will Byers in the wildly popular Netflix series, uploaded a video to TikTok that shows someone comparing themselves to Doja after she called it “fucking criminal” how attractive the Stranger Things newcomer is.

Doja Cat took to Instagram Live to call out Noah Schnapp for sharing DMs where she asked him to set her up with Joseph Quinn. “That’s like borderline snake shit. He shared information that I didn’t feel comfortable with him sharing… It feels like a weird power play. I already said some shit to him.”

Not only this, in a live rant on Twitter, the “Moo!” star said, “The fact that Noah did that […] is so unbelievably socially unaware and wack. That’s like borderline snake shit… that’s like weasel shit.” So yea, the 26-year-old rapper hit back on the 17-year-old boy really hard.

And why not, the rage comes as n surprise as it is an absolute break of privacy. It’s worth repeating that Schnapp himself is only 17, while the other two involved in this star-crossed love affair are 26-year-old Doja and 29-year-old Quinn. Well, it’s unsure if Doja has managed to slip into any of Quinn’s accounts, but yea, she has been pretty vocal about her crush on him.

Prior to hitting up Schnapp, Doja was very vocal about her crush on Quinn. “Joseph Quinn fine as shit,” she tweeted shortly after the new season dropped on Netflix. It’s unclear if Quinn actually runs his own social media accounts or not, but we hope Doja gets a date with Joseph.