Joseph Quinn is the latest star to be the talk of the town after appearing as Eddie Munson in Stranger Things season 4. Although his fan base has been expanding lately, Quinn seems to have an unlikely admirer. Doja Cat, one of the biggest pop stars in the world and a five-time Billboard Music Award winner, has her eyes set on Quinn and she is trying to make it work. 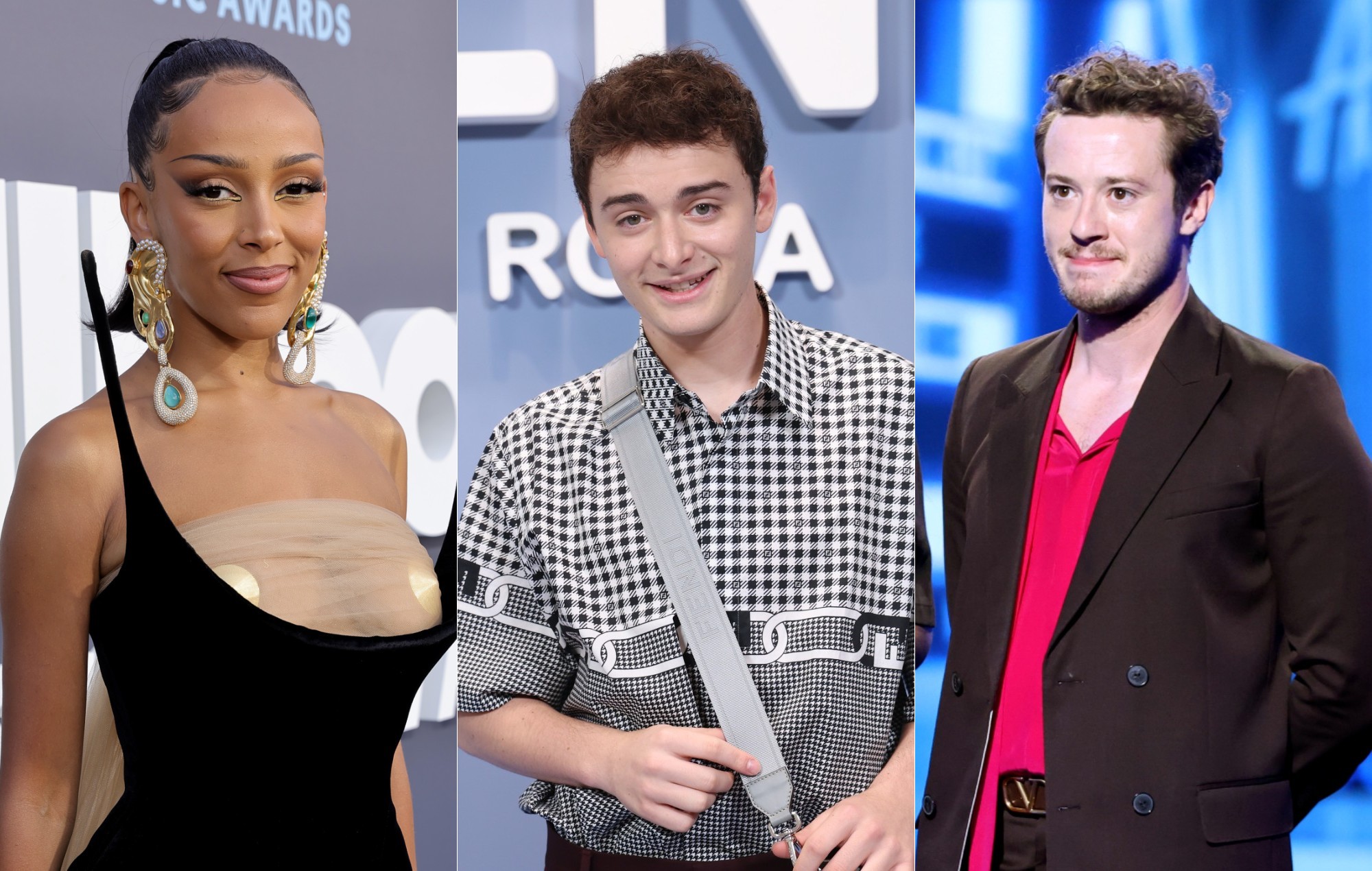 Doja Cat is known for keeping her personal life private. She said once that she does not want to disclose anything to the world until ‘it becomes real’. That is understandable as it does not take long for people on social media to speculate.

She was rumored to be dating singer Jawny in 2019. They reportedly parted ways a year later. Now the Grammy-winner rapper is smitten by Joseph Quinn and even asked his fellow co-star, 17-year-old Noah Schnapp to get him to direct message (DM) her.

Noah Schnapp posted a TikTok where he showed the conversation he and Doja Cat had about Joseph Quinn. Doja Cat Dm’d Schnapp and asked him to “tell Joseph to hit me up”. Immediately after, she wondered if he was even single and messaged “wait no. does he have a girlfriend?”

To that, Schnapp responded, “LMAOO slide into his DMS” suggesting that she should be the one to initiate the conversation. Doja Cat then responded that Quinn “doesn’t have a DM to slide into”. Schnapp responded with a link to Quinn’s Instagram page and wrote “Right here ma’am”.

Although it was not known that Doja Cat was actively pursuing Quinn, she did make it clear that she crushing on him. She seems to be an avid watcher of Stranger Things. In one of her tweets, she said “stranger things s4 getting bonkers rn”.

In another tweet, she said “joseph quinn fine as shit”. Interestingly, Quinn is intentionally keeping away from Twitter. He told the Hollywood Reporter that “I hear it’s kind of madness over there”.

His character Eddie Munson started out as a bully who intimated Dustin and Mike. He was the typical eccentric, high school bully who was a Metallica maniac. However, the character threw the audience off and came out as a hero at the end of season 4. Fans of the show who used to hate him at the beginning of season 4 became die-hard fans of him by the end of it.

His famous words that he didn’t “run away this time” left fans in tears, one of them possibly being Doja Cat. Although it was Quinn’s character that won people’s hearts, Doja Cat was smitten by Quinn himself.

Whether Doja Cat pursued Quinn after the conversation with Schnapp is not clear. Although she did get Quinn’s Instagram handle so there is no reason for her not to reach out.

Many believe that the couple is an unlikely pair, however, the two of them would look good together and the fans would certainly be happy. For now, they await excitedly over more news.