The American country song artist is infamous for dating many guys over the years. Just as her discography spans across genres, so does her taste in men. The 32-year-old has won six Grammys among many other prestigious awards. Let us take a look at her past relationships and all the people she has been linked with.

Brandon was Taylor’s first love or so it seems from her songs. She is known for writing about her breakups, although all artists seem to do that. Her songs ‘Fifteen’ and ‘Our Song’ are said to be about Borello. 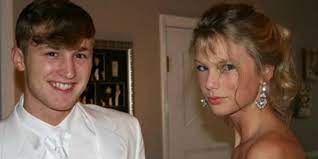 However, not much is known about him. But if the lyrics of the song ‘Our Song’ are true, then this was a sweet memory of young love for Taylor. The song talks about a particular experience of sneaking out to meet your significant other.

Drew was another one of Taylor’s High School romances. He gets a special mention in her 2007 hit song called ‘Teardrops On My Guitar’. The lyrics mention Drew clearly. 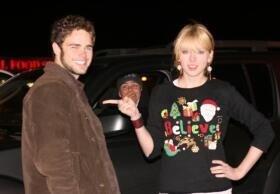 She sings “Drew looks at me, I fake a smile so he won’t see”. There is no need to decode the lyrics in this song. Although in the future, most of her songs about her ex’s were not as direct as this one.

Joe Jonas is a member of the popular band of brothers, the Jonas Brothers. This was Taylor’s first high-profile relationship. As both of them were massively popular among teenagers, the relationship got a lot of attention. Taylor Swift went on to Ellen Degeneres’s show in November 2008. Surprisingly, she talked about the relationship and said “When I find that person who is right for me, he’ll be wonderful, and when I look at that person, I’m not even going to be able to remember the boy who broke up with me over the phone in 25 seconds when I was 18.”

The clip went viral and Joe Jonas got a lot of hate for that. Taylor again referenced the breakup during her 2009 Saturday Night Live appearance. She said “You might think I’d bring up Joe, that guy who broke up with me on the phone. But I’m not going to mention him in my monologue. Hey, Joe! I’m doing real well and I’m hosting SNL—but I’m not going to write about that in my monologue.”

Her song “Forever and Always” is said to be about Joe Jonas. The good news is that they seemed to have made up and are cool with each other now.

This relationship was rather short-lived too. Taylor dated Lucas Till for about a month before calling it quits. Those who don’t recognize the guy can watch her music video for “You Belong With Me”.

Although Taylor did not talk about the relationship, Lucas did. He said “We dated for a little bit. But there was no friction because we were too nice. We just really both liked each other.” He went on to add that he only liked her as a friend and that is why the relationship did not last long. 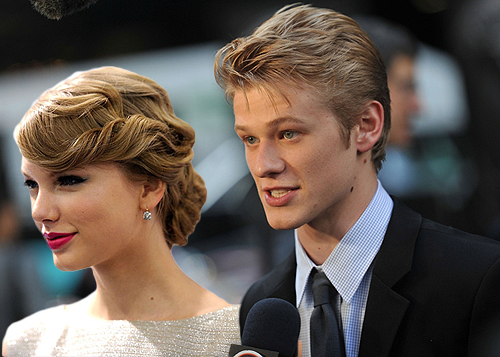 Back when Taylor and Taylor became a couple, Taylor Squared became a running joke. But the couple was too smitten with each other to notice all the jokes and memes. They met on the sets of Valentine’s Day where they played a couple and fell for each other. It seemed like the couple broke up in December 2009. Taylor’s song “Back To December” seems to be about their relationship. Lautner was asked about it 6 years later and he said “That is what she does”.

They dated soon after Taylor Swift’s relationship ended with Lautner. The relationship, although brief, led to the iconic song called “Dear John”. She went all out with the lyrics saying “Dear John, I see it all now I was wrong. Don’t you think 19 is too young to be played by your dark, twisted games?” 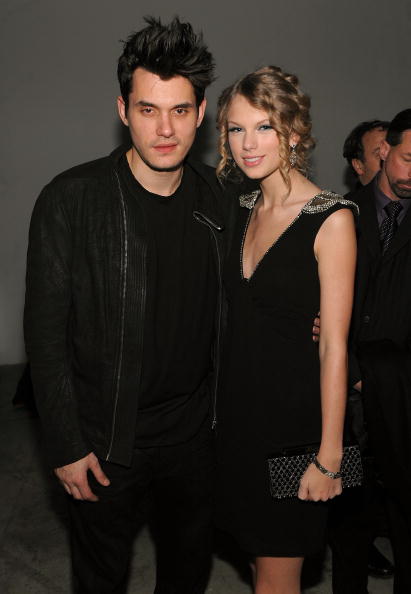 John was, however, not so flattered by the song. He said in an interview “I never got an email. I never got a phone call. I was really caught off guard, and it really humiliated me at a time when I’d already been dressed down.” He also went on to call it “cheap songwriting”.

Did you know that most of the songs on Taylor’s album “Red” are said to be about Jake? It is all coming back to the surface now as Taylor re-records most of her old songs to gain ownership. The song that comes to mind is called “All Too Well: The Short Film”. It referenced the 9-year gap between Jake and Taylor. She was 20 and he was 29 when they began dating. However, Jake has denied that the song was about him. 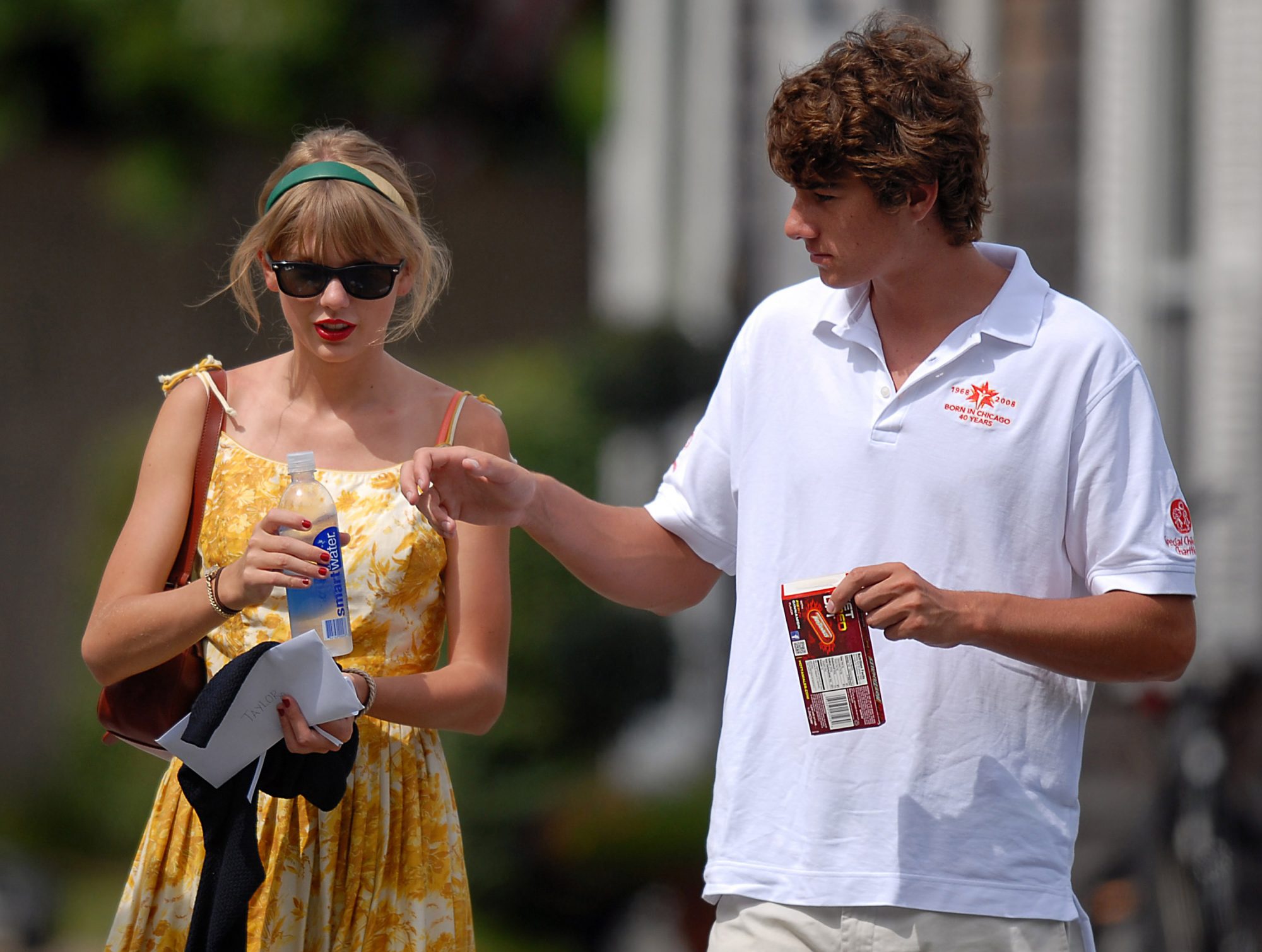 Connor is a member of the famous Kennedy family in the USA. News of them dating first surfaced after they got pictured together in Massachusetts in 2012. They dated for a while before amicably breaking up. Not much about their relationship became public knowledge.

Harry Styles was a member of the world’s most popular boyband back then. So, it is understandable how their relationship got a lot of attention from fans and media alike. All hell broke loose in the fandoms when the two of them were pictured taking a walk around Central Park. The couple was also spotted sharing a New Years Kiss in Times Square. They ultimately split up and it led to Taylor writing her popular banger “Trouble”, “Style”, and “Out of the Woods”.

Taylor and Calvin’s relationship was very wholesome. It seemed like the first grown-up relationship that Taylor was in. The couple was seen together in matching outfits and even shared PDA at the Billboard Awards 2016. 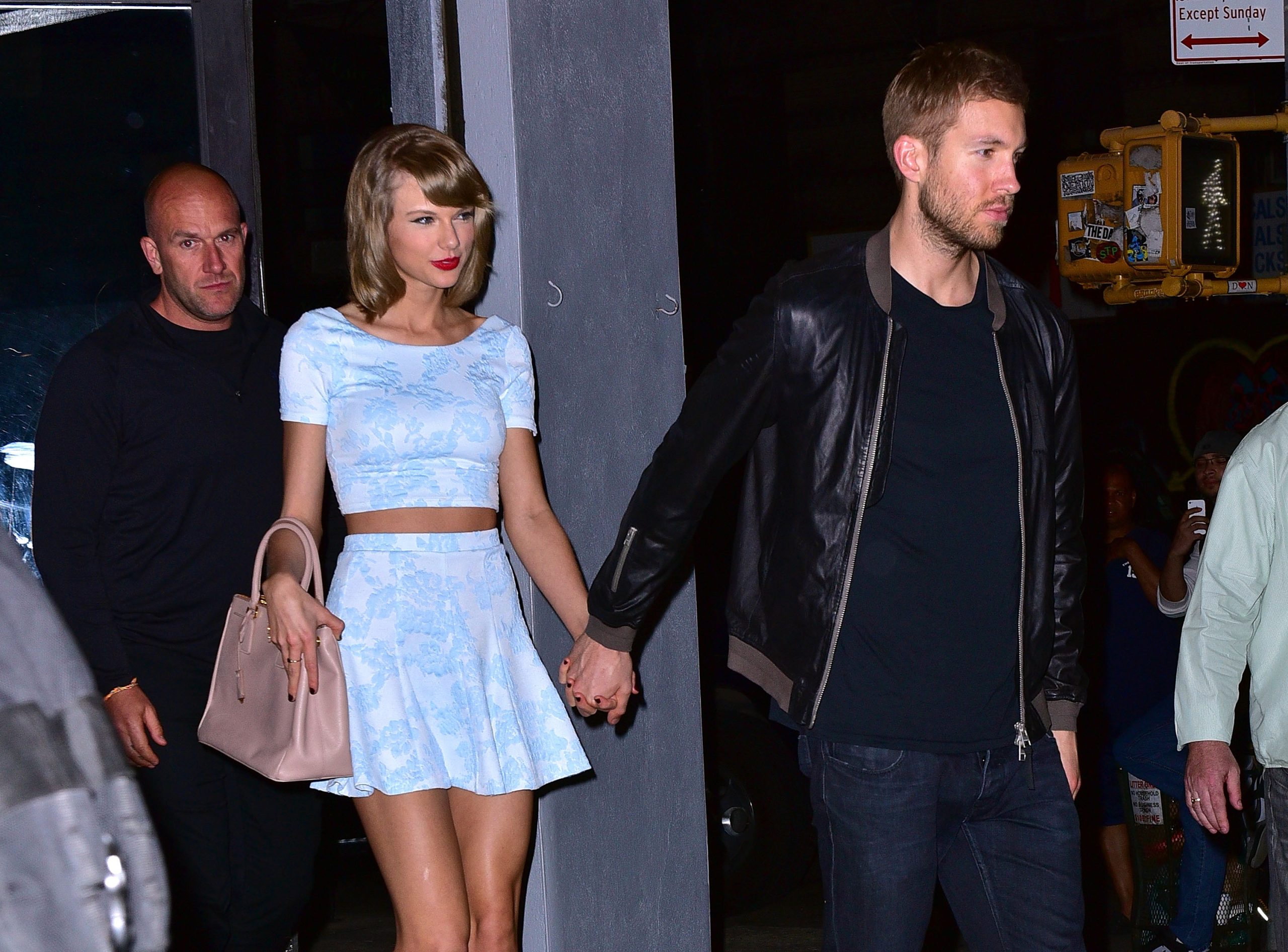 Unfortunately, the love faded away and the couple broke up in May 2016. This time, Calvin wrote a few cryptic song lyrics about the relationship. His song ‘Ole’ is said to be about Taylor and her alleged cheating with Tom Hiddleston while they were dating.

After Calvin was left broken hearted, Taylor and Tom became a couple. The two of them were seen making out. Tom seemed to be smitten with Taylor as he was seen wearing an “I <3 TS” vest on a 4th of July beach trip with a bunch of famous friends. Sadly for the couple, the relationship ended after four months.

Taylor seems to have found her person in Joe Alwyn. Unlike her past relationships, the couple has been going strong for over four years now. Both of them are quite reserved when it comes to their relationship. In the past, Taylor has penned many songs about her ex-boyfriends. But that all seems to have changed. Many of her songs on the past few albums like Reputation, Lover, Folklore, and Evermore are said to be about Joe.

Taylor has been trolled for having many boyfriends in the past when there are so many artists who have dated more people. She gets a bad reputation for writing about her relationships, well that is something that her ex-boyfriends should have a say about and not us. She seems to have found her forever love with Joe and everybody is loving it.