Twitter has started testing a new feature called “CoTweet” that lets two users collaborate on the platform. The new feature is currently available to select accounts in limited regions. Learn everything about the newly introduced functionality on Twitter here. 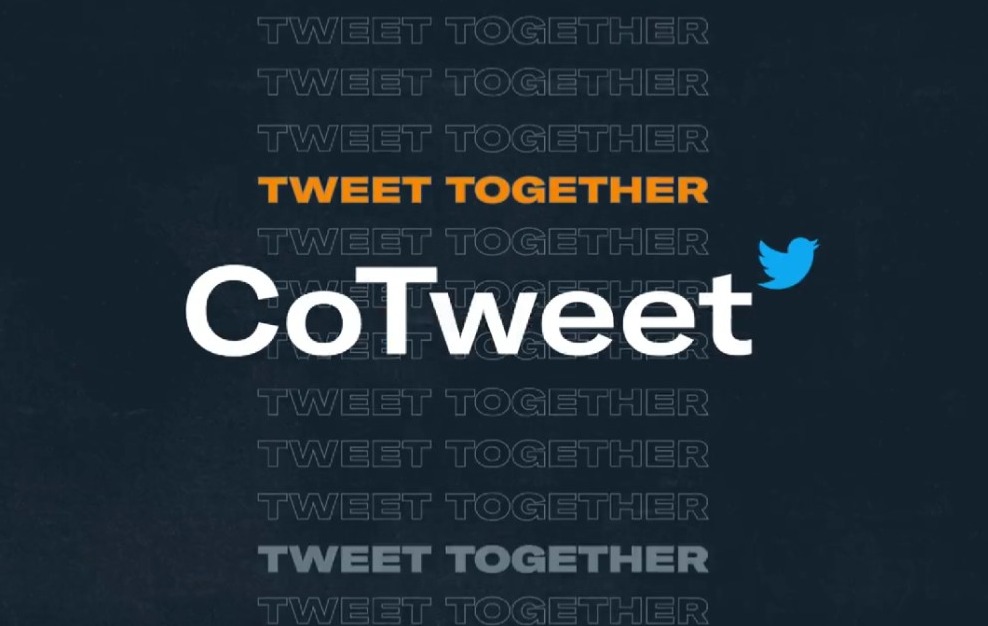 The reports about Twitter testing a collaborative feature first emerged in December 2021 when mobile developer Alessandro Paluzzi dug up the app’s source code. Now, Twitter has started testing it out to figure out how users will use the new feature.

Recently, Instagram has also rolled out a similar feature that allows two users to post a photo or Reel together and it shows up on both users’ profiles. Twitter’s latest feature will also help creators and businesses a lot while allowing them to boost their reach.

CoTweet is the latest feature introduced on Twitter that allows users to collaborate with each other over a Tweet. This feature lets you have a co-author for a tweet or lets you become a co-author on someone else’s tweet.

Basically, a CoTweet is a co-authored Tweet that is posted simultaneously to both authors’ profiles and is visible on their followers’ timelines. You can recognize a CoTweet by seeing two authors’ profile pictures and usernames in the header. 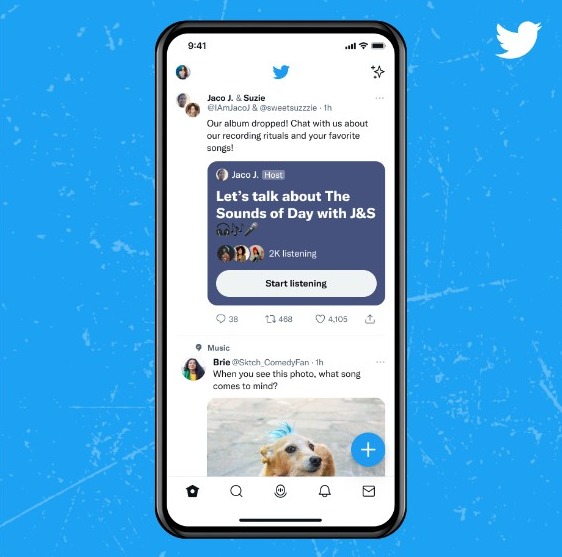 The feature allows authors to share the spotlight, reach new audiences, and emphasize their established partnerships. Influencers and businesses frequently collaborate on social media platforms. Twitter’s CoTweets feature will open new doors of opportunities for them.

A CoTweet works by adding two authors to a single Tweet. The process begins when a user creates a Tweet and then adds a second user to it as a co-author. The second user then receives an invitation that they can either accept or decline.

When they accept the invitation, the Tweet becomes a CoTweet and will appear on both their’s profiles. The CoTweet will also showcase both authors’ usernames and profile pictures. They’ll be visible to both the authors’ followers.

Posting a CoTweet on Twitter is as simple as posting a usual Tweet but involves the process of adding a co-author. At first, go to the Tweet composer and enter the co-authored message that you want to publish. Next, tap on the “CoTweet” icon and choose a co-author.

You can only select a follower or someone with a public account as a co-author for your CoTweet. After choosing the co-author, tap on the “Send invite” button. The other user will then receive an invitation that they can access via the DM section.

Once the co-author accepts the invitation, the CoTweet will be posted and the followers of both authors will be able to view it. The CoTweets can be retweeted, quote tweeted, and commented on by any user who sees them.

Now testing CoTweets, a new way to Tweet together. pic.twitter.com/q0gHSCXnhv

However, the CoTweets can’t be promoted and only the original author who composed it can pin it on their profile. Additionally, if the co-author revokes the collaboration, then it’ll just turn into a normal Tweet.

How to accept or reject a CoTweet Request from someone?

Twitter users can receive CoTweet requests from the people they follow. And, if they have a public account, then anyone can send them a CoTweet request. You can find the CoTweet invitation in the DM (Direct Message) section of the app. You’ll also receive a notification. 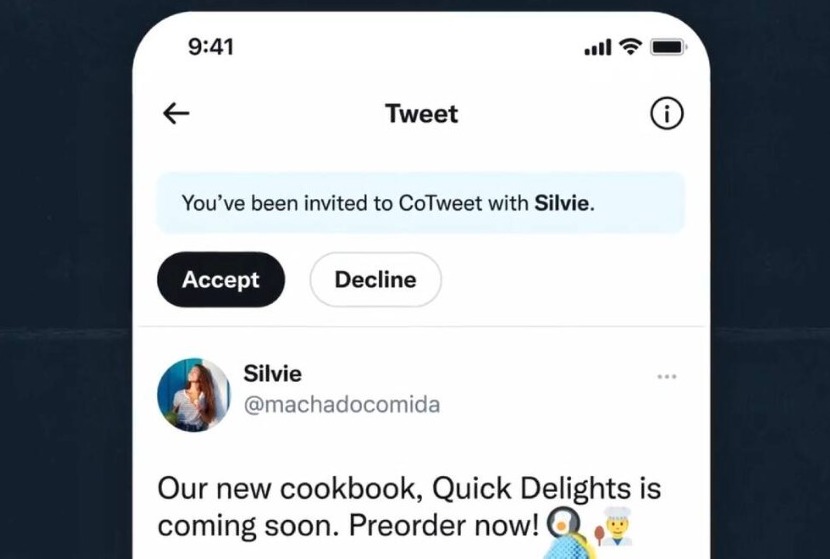 From there, you can open it and either choose to “Accept” or “Decline” the request. If you accept the invitation, the CoTweet will be published and will start appearing on your profile. However, if you reject it, then the other user will be notified about it.

When will CoTweets be available for everyone on Twitter?

Twitter’s new CoTweet feature is currently available only to a select number of users in the US, Canada, and Korea. The users who have access to the feature can find a CoTweet pop-up introducing them to the feature near the Tweet composer.

“We’re continuing to explore new ways for people to collaborate on Twitter,” a Twitter spokesperson said to TechCrunch. “We’re testing CoTweets for a limited time to learn how people and brands may use this feature to grow and reach new audiences, and strengthen their collaborations with other accounts.”

It seems Twitter is starting with limited testing to figure out how users are reacting to CoTweets. It’ll then expand to more users with due refinements in the coming months. For now, no timeline has been given for the same.

Do you find CoTweets on Twitter useful? Feel free to express your thoughts about it in the comments.