Facebook users are experiencing a weird bug where they can only see spammy comments posted to celebrity pages on their feed while others are stuck on the same posts for hours and can’t refresh the timeline. Here’s everything about the latest Facebook feed bug. 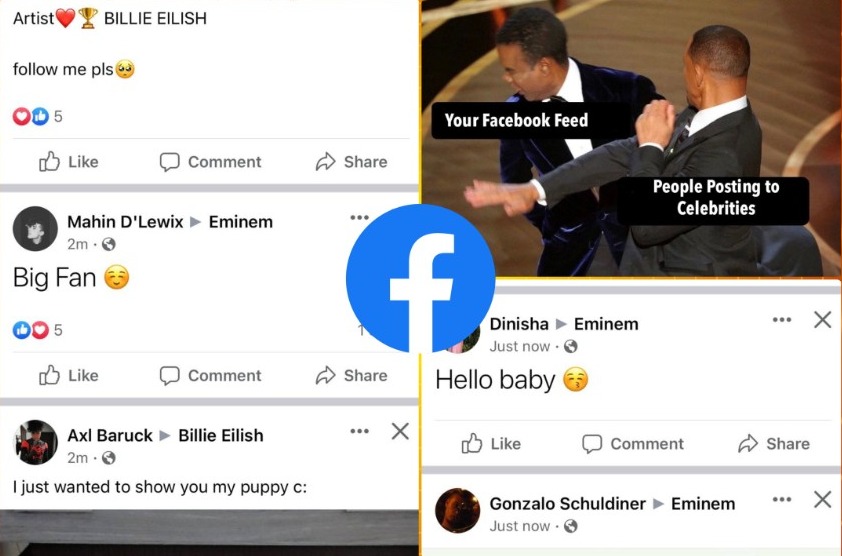 The weird bug that is filling users’ feeds with endless posts from celebrity pages is an issue with the platform’s algorithm. When we tried accessing Facebook today, all we can see were minor posts sent to pages of celebs like Lady Gaga, Nas Daily, and The Beatles.

Some users are utilizing the opportunity to make memes and share them in the same manner while others are simply left confused. Some cunning folks are also forwarding PayPal donation links and promoting cryptocurrency projects exploiting this bug.

Since the early hours of Wednesday, August 24, 2022, Facebook users are struggling with an issue where the news feed is only showing spammy minor posts people send on celebrity pages on the platform. 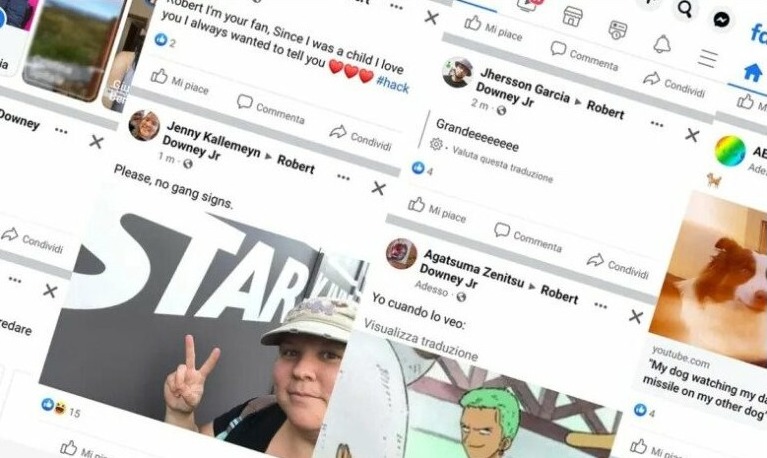 Facebook users across the globe are facing this issue on the mobile app as well as website. However, some users, specifically the ones that use the FB Lite application, are safe and are able to use Facebook normally.

Both Android and iOS users are currently struggling with the issue. Facebook is yet to respond to the problem as users continue to express their discomfort. 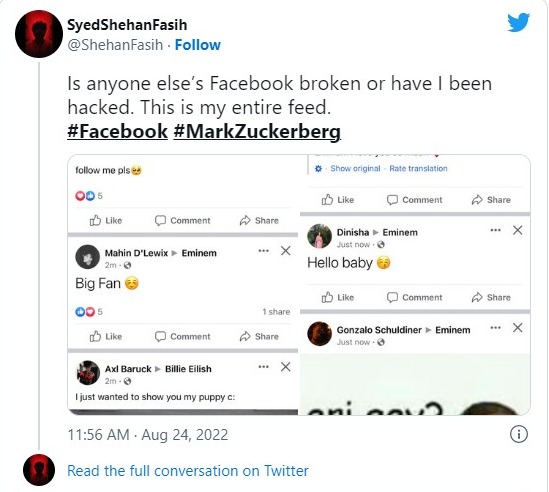 Some Facebook users have also reported that their feed is stuck and they can’t refresh it. They are only able to see a similar collection of posts even after refreshing the feed multiple times. This is a previously known issue but has returned with the latest bug.

This error is particularly faced by users still using the older versions of the app. It’s possible to resolve it by updating the application. However, you’ll then start encountering the bizarre posts sent to celebrity pages.

No, Facebook isn’t exactly down right now as there isn’t an outage going. Users can still log in to their Facebook account and use it. However, they’ll only be able to see weird posts sent to celebrity and organization pages.

Downdetector shows the issue peaked just before 2:00 AM ET as thousands of users reported seeing bizarre posts on their feed. A status dashboard for Meta still shows no issues with Facebook right now. 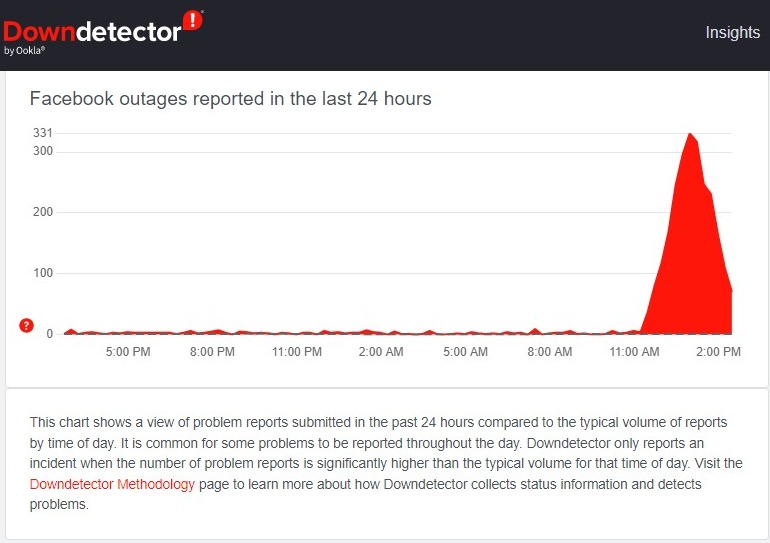 It’s unknown at the moment if the latest issue with the Facebook feed is a result of a hacking attempt or security compromise. We’re trying to find out more details about the problem.

We’ll update this section as more information is released. Facebook’s comment on the problem is awaited at this moment.

How to fix the Facebook Feed as it shows Weird Posts?

Right now, there’s no way present to fix the Facebook feed as it shows bizarre posts due to an algorithm bug or glitch. Your last resort will be to try using Facebook on different platforms and hope at least one of them is left unaffected. 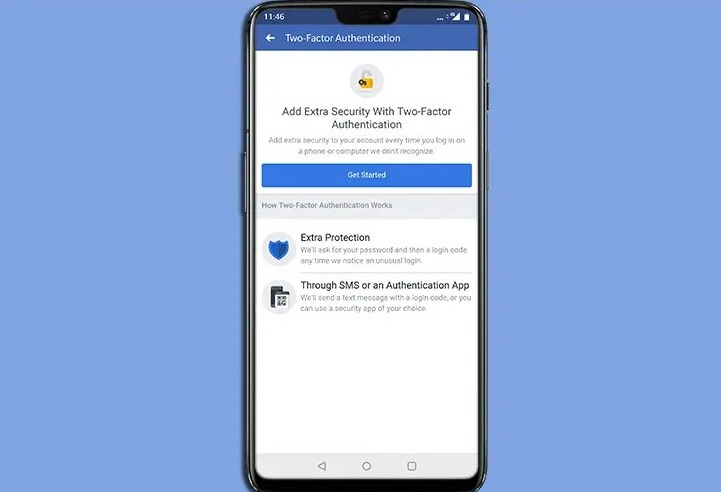 As a safety precaution, we’ll also suggest that you change your Facebook password and enable Two-Factor Authentication (2FA) if you haven’t already enabled it.

We’ll keep you updated as Facebook struggles with the algorithm glitch showing spammy posts on the feed. If you have any working solutions for the same, you can share them in the comments.