Sling TV is among the best streaming services offering a good collection of channels for very affordable prices. It is one of the best options for anyone who is looking to cut the cord. Sling TV is even offering a Cyber Monday deal until November 29 where you can get it free for a month. 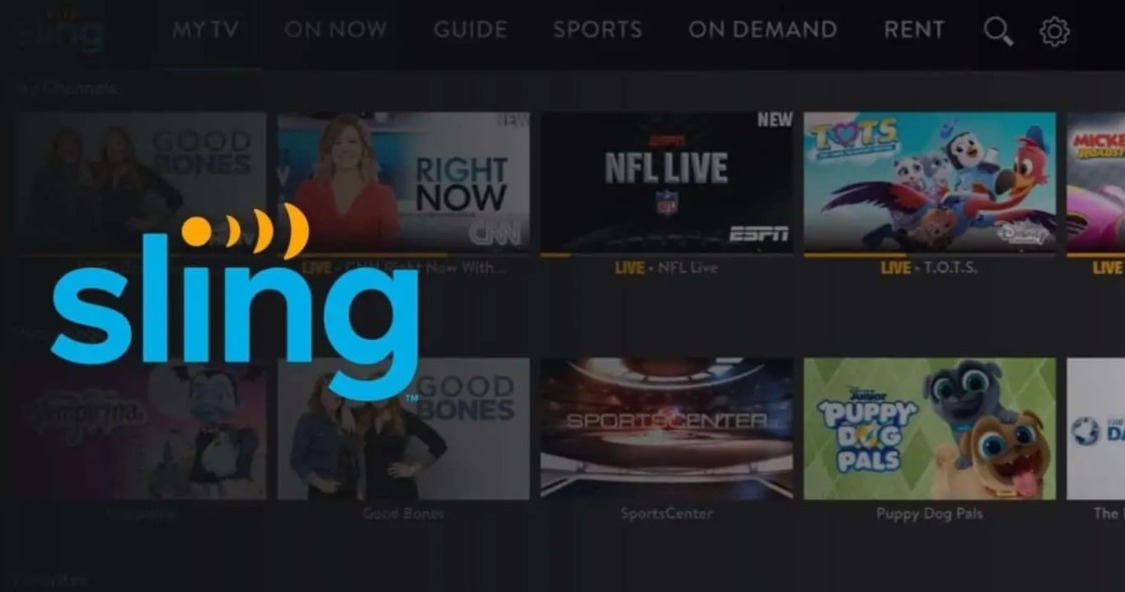 You can use Sling TV to enjoy live sports, news, entertaining shows, and movies very easily. It also offers many add-ons alongside the regular packages. You can customize your plan with ease according to your preferences.

If you are someone who is looking to subscribe to Sling TV, you must read this post till the end. It will guide you about the Sling TV packages, the channels available in them, their prices, add-ons, and everything else.

This will help you to decide if your decision to switch is proper. Check out everything that you must know about Sling TV here.

Sling TV is an American streaming television service available in the US and Puerto Rico. Since its launch in 2015, it has grown to popularity at a rapid pace and currently has over 2.59 million subscribers in just six years. 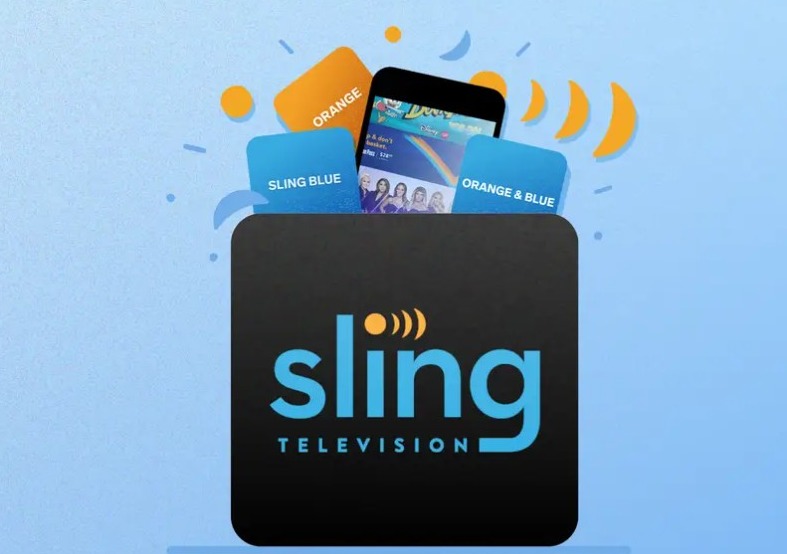 Except for a few differences, the list of channels between Sling Orange and Blue overlaps a lot. You can also get the Orange & Blue Combined plan for only $50/month. If you want to watch ESPN as well as the local channels, you’ll have to opt for the combined package. 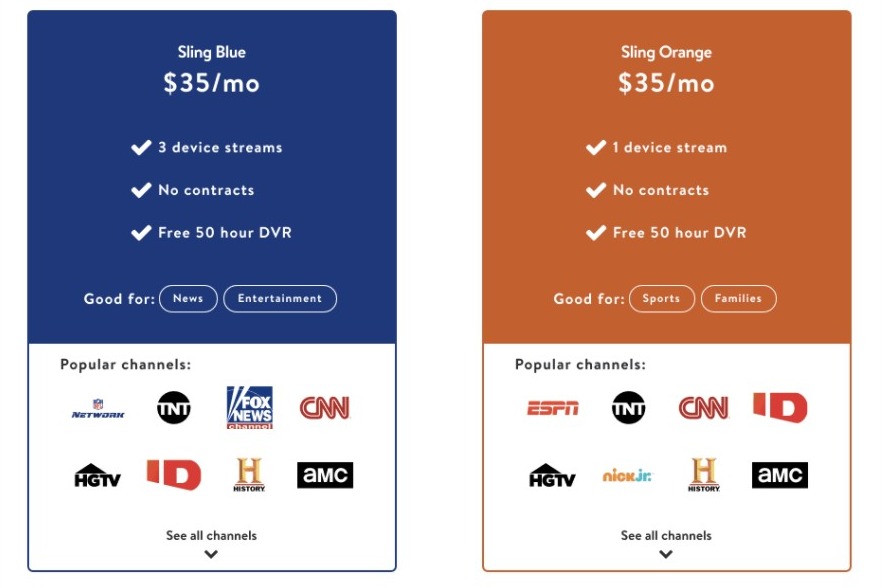 The Blue plan comes with 47 channels. Here is the complete lineup of channels in the Sling TV Blue package:

Both Sling Orange and Blue cost $35 each. Additionally, they offer 50 hours of Cloud DVR storage and only one concurrent stream.

The Combined (Orange+Blue) plan offers 53 live TV channels to stream. It costs $50 per month, and you will get all the channels mentioned in the above two packages.

Along with this, you will also get up to three concurrent streams at once, and 50 hours of Cloud DVR storage.

Apart from the Orange and Blue packages, Sling TV also offers two additional plans- Spanish and International. The Spanish plan costs $10 per month and offers around 20 channels in the main package.

On the other hand, the International plan offers a good collection of channels from around 23 different markets in Asia, Europe, the Middle East, and South America.

Sling TV also offers tons of add-ons for its user focusing on their preferences. There are add-ons for kids, sports, news, comedy, and various other choices You can also buy premium movie channels such as Starz, Epix, and Showtime separately for as low as $3 a month. 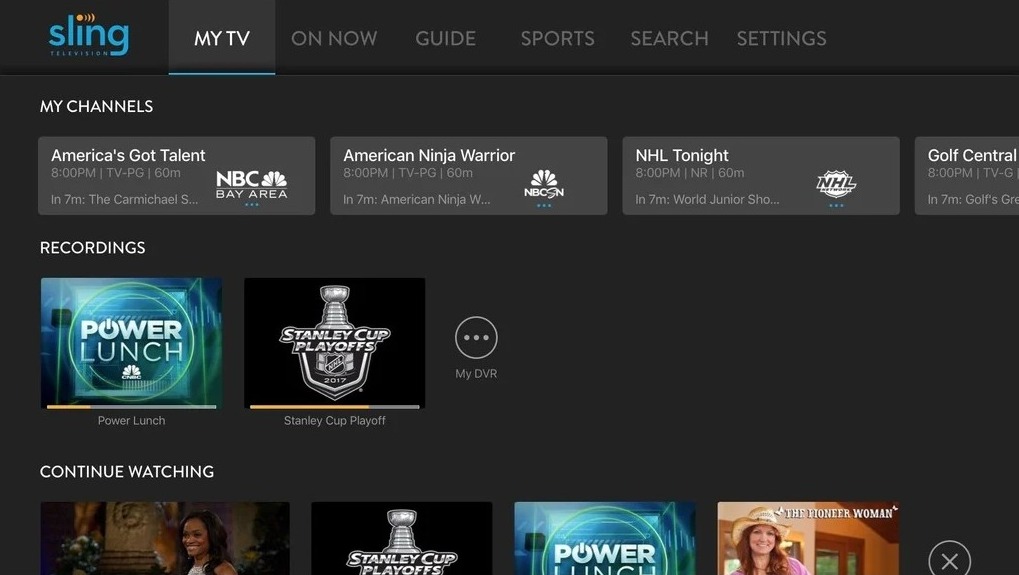 Along with this, you can also buy Cloud DVR storage for 200 hours for only $5 per month. Here is the list of Sling TV add-ons, their channels, and prices.

The Sling TV Kids add-on brings all the popular kids’ channels to your TV. It costs only $6 per month for these channels:

The Sling TV Sports add-on offers a different lineup of channels for both Orange and Blue subscribers. It costs $11 per month for both packages.

These are the channels available in the Sports add-on with Sling Orange:

These are the channels available in the Sports add-on with Sling Blue:

The Sling TV News add-on costs $6 per month, and these channels are available in it:

The Sling TV Comedy add-on costs only $6 per month for both Orange and Blue subscribers. These are the channels available in it:

Sling TV also has a Starz, Showtime, and Epix add-on. The Showtime add-on costs $10 per month and these channels are available in it:

The Starz add-on costs $9 per month and these channels are available in it:

The Epix add-on costs $5 per month and these channels are available in it:

Apart from these Sling TV also offers a number of other add-ons.

You can customize your Sling TV plan with any of these add-ons.

Does Sling TV have a Free Trial?

Sling TV used to offer a 7-day free trial for all the new customers previously. However, currently, Sling TV does not have a free trial for the customers signing up through their website. Still, you can use a trick to get the Sling TV free trial. 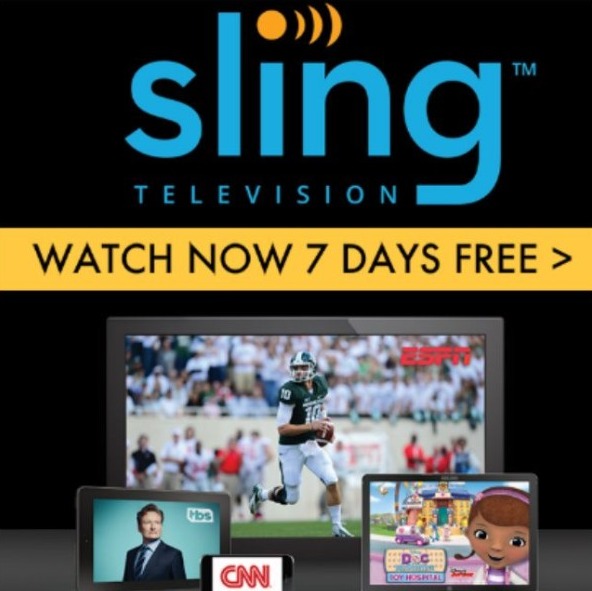 All you have to do is just sign up from a streaming device, and not a web browser. These are the supported devices to get the free trial:

After signing up using the Sling TV app on these devices, you will see the “Watch Now 7 Days Free” button. Use it to claim your free trial.

Additionally, Sling TV is available for only $10 for the first month for every new subscriber. You will save a total of $25 in the first month, and afterward, the price will be $35/month.

Should you switch to Sling TV: Is it worth it?

Now you know plenty of useful information about Sling TV. It’s time to decide if you should switch to it. It is clear that Sling TV is offering a pretty good collection of channels for a lower price than its top competitors like Hulu TV, and YouTube TV.

However, it is also true that it is offering a lot less than, especially from YouTube TV. Sling also has no access to any HBO channels currently. But, you will find a good number of international channels on the platform. 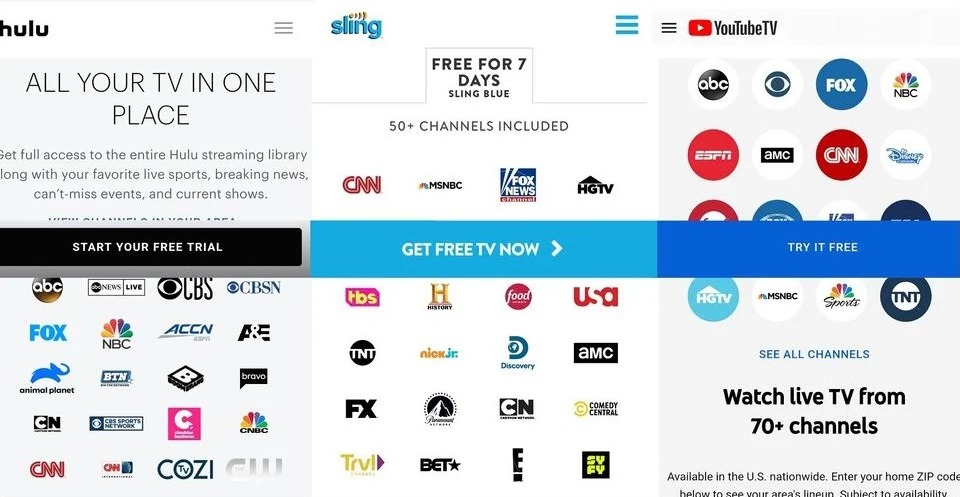 These are some key pros and cons of Sling TV. If you believe the pros overweight the cons in your case, you should definitely sign up for a Sling TV account and start streaming.

If you are unsure, you can try it out free for seven days with the free trial, or for a month for $10. Afterward, you will find it that if it suits you or not. Once you find it, make sure you don’t forget to tell us your opinion as well.