Former OnePlus CEO Carl Pei’s London-based tech startup is ready to launch its first smartphone after releasing Nothing Ear (1) last year. The company officially revealed the first image of Nothing Phone (1) on Twitter more than one month before its launch in July. 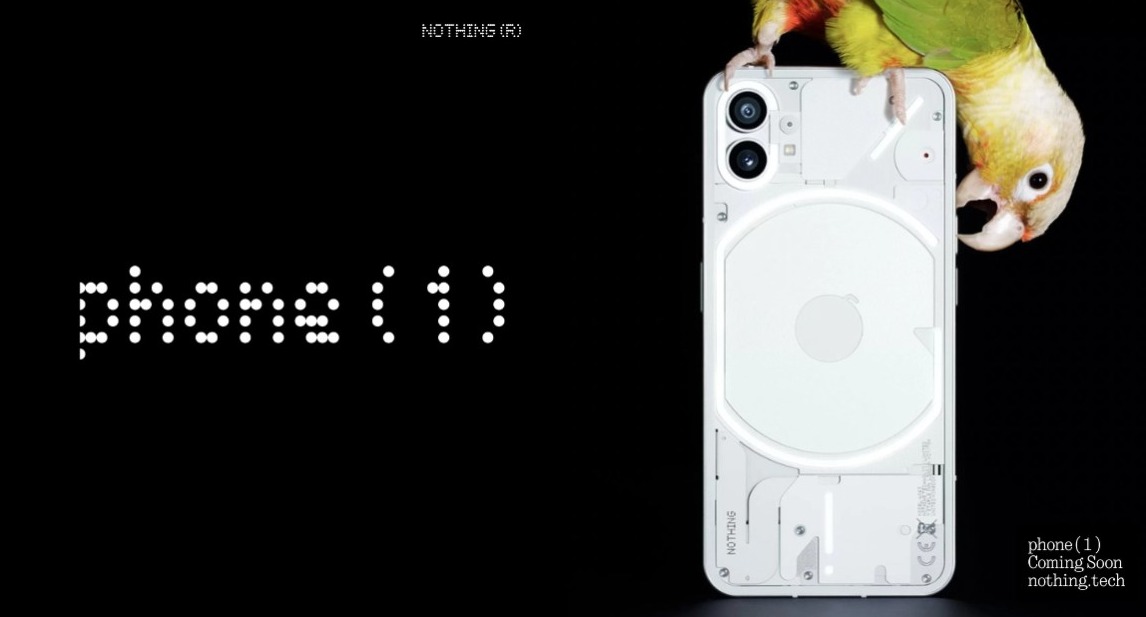 Nothing has been cautiously dropping hints and teasers about their upcoming smartphone recently. There have also been multiple leaks and rumors about its design, specs, and other factors. Now the company has officially unveiled the first look.

Although the image doesn’t reveal everything about Nothing Phone (1)’s design, it offers a good look at the back portion of the smartphone. Just like the earbuds, the smartphone will also feature transparent elements inside a whitish panel likely made of glass.

Nothing finally posted the first official image revealing the design of Nothing Phone (1) on Twitter on Wednesday, June 15, 2022. The caption alongside the image reads, “Bold. Warm. Full of soul. A return to instinct. This is phone (1).”

A return to instinct.

Tune in on 12 July to hear all about it: https://t.co/FEJL4Jb2Aw pic.twitter.com/5XUbvo8dwZ

The image unveils the back design of the upcoming smartphone which is right in line with the previous teasers and leaks. There are prominent lines and shapes on the back that decorate the much-talked-about “transparent” design.

However, it’s a bit different from the Nothing Ear (1) and presumably looks like made out of glass. On the edges, there seems to be a metallic rim. You can see parts of the industrial design such as screws, plates, and the positioning of the wireless Qi charging coils.

This confirms that Nothing Phone (1) will have a dual-camera setup on the top left portion and it’ll also support wireless charging. The “Nothing” logo is on the bottom left. It’s so tiny and blends well with the design. It’s a refreshing take as the logo is almost invisible. 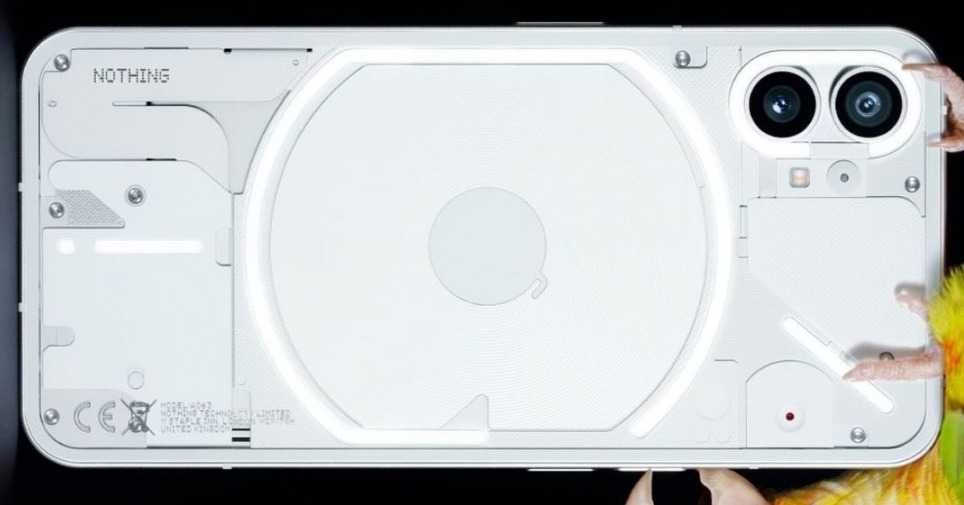 The design also reveals the usual CE certification and modern information on the bottom right. It seems Nothing Phone (1) will be pretty compact, giving competition to the recent lineup of iPhones.

Nothing Phone 1 also has promotional images on Flipkart

The Nothing Phone (1) now has a microsite on the Indian e-commerce platform Flipkart. The website states “Nothing Phone coming soon.” It also has multiple promotional images including the one that Nothing has officially unveiled on Twitter.

The images offer a brief look at what Nothing Phone 1 will look and feel like. It’s almost similar to iPhone and many in the world have also termed it “Europe’s competition to iPhone.” 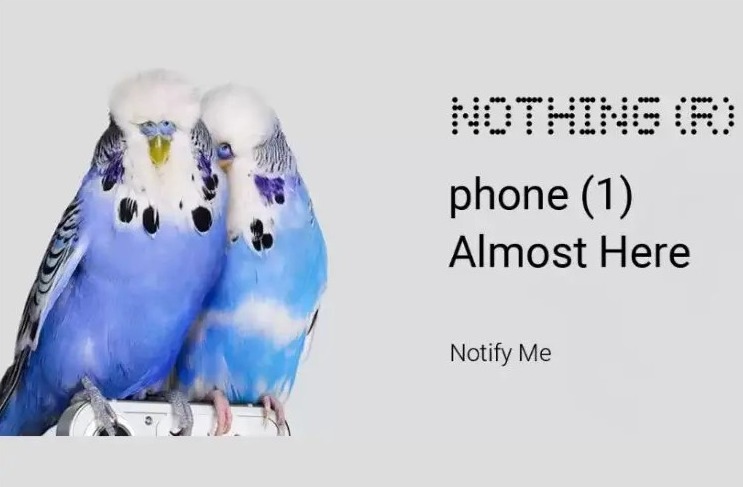 The promotional images and video further confirms that Nothing Phone 1 will have a metal chassis and will follow the flat-edge design concept. There seem to be subtle hints in the design of the latest lineup of the iPhone.

The rear camera is placed on the top left corroborating the previous leaks. You can also see the antenna band at the top alongside some sensors.

Nothing Phone (1) Expected Specs and Features

Nothing is yet to officially unveil the specs of Nothing Phone (1). We know that it’ll be powered by a Qualcomm Snapdragon chipset, possibly with the newly announced Snapdragon 7 Gen 1 or the Snapdragon 8 Gen 1.

Nothing Phone 1 will be running on the company’s custom Android 12-based operating system called “Nothing OS.” Rumors also suggest that Nothing Phone will have a 6.55-inch OLED display with 1080×2400 pixel resolution and no chin on the bottom.

My thoughts on Nothing Phone 1:

Rumoured Specs and Design
-SD 7 Gen 1.
– Main and Ultrawide only.
-Design like the pic. Credits :@BenGeskin
-Nothing OS with 3 Major OS Update.

Seems like a no bullshit just clean phone.
Pricing going to be crucial because most smartphones..

The phone will likely boast 50 MP rear cameras, a 90Hz display, and fast charging support with up to 45W. We’ll have more details about it in the coming days.

The launch event for Nothing Phone (1) is going to take place on July 12, 2022. Everything about the device will be unveiled at the event including its availability in the global markets.

Leaks are harder to contain nowadays and many of you have been waiting for a long time. So here it is. This is phone (1) design.

More to come. Tune in on 12 July. https://t.co/aOqmhLylCI

Before that, we’ll have multiple leaks, teases, and hints about Nothing Phone 1’s specs, design, and other key information. It helps the new brand to keep the fans hyped.

Are you excited about the new transparent smartphone by Nothing? Tell us your reactions in the comments.