Microsoft Launches Surface Pro 9 with a Choice of Processor 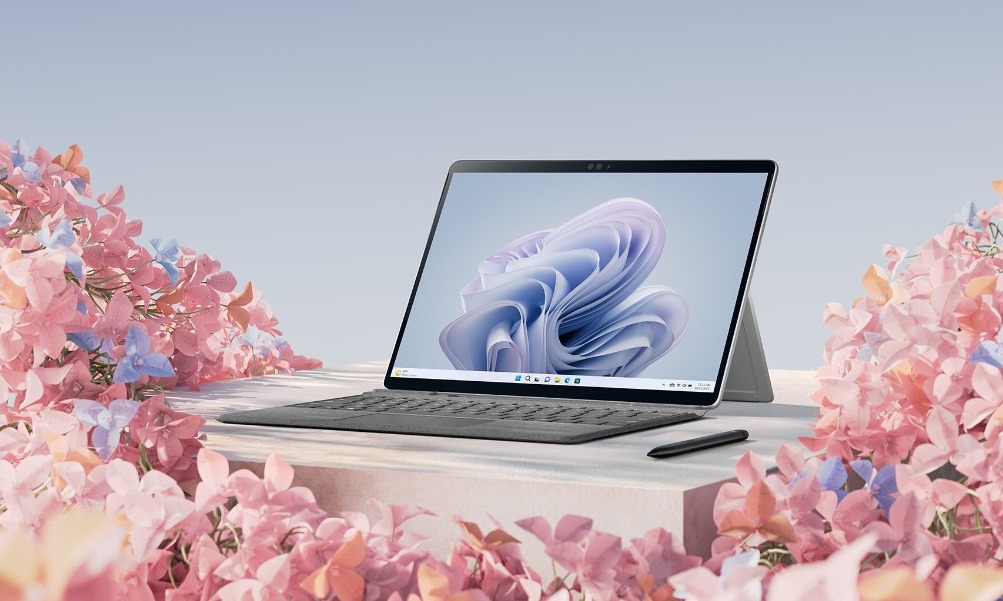 This comes as a huge shakeup for its tablet PCs and users are wondering if the two Surface Pros with different processors could exist harmoniously. Here’s everything you need to know about the new Microsoft Surface Pro 9.

Microsoft also unveiled the new Surface Laptop 5 and the Surface Studio 2+. Both of them didn’t feature any major changes except for the essential upgrades including processors and certain other factors.

As everyone expected, Microsoft upgraded the Surface Pro 9 tablet to Intel’s 12th-Gen Core processor. However, they followed up the announcement with a surprise and introduced another Surface Pro 9 powered by a custom SQ3 ARM chip which includes built-in 5G.

Buyers now have a choice to get whichever processor they’d like to use on their Surface Pro 9. Apart from that, both models look ad feel the same. However, there are more visible 5G antennas on the SQ3 Arm chip-powered model.

Microsoft claims that the performance on both variants is comparable but we might have to test this ourselves to figure out the truth. An early Geekbench 5 test on a demo unit resulted in 978/4,760 which is a bit slower than Intel 12th and even 11th-gen systems.

Although the performance might improve with better software optimization. Microsoft representatives have noted that app compatibility with legacy x86 apps has improved for ARM devices. An increasing number of apps will run completely fine across both models.

What are the differences between the two Surface Pro 9 variants?

There aren’t major differences between the Surface Pro 9 powered by an Intel 12th-Gen Core processor and the Surface Pro 9 running on a custom SQ3 ARM chip. However, the SQR ARM model brings certain additional features to the table.

The latter boasts a neural processor that includes some real-time enhancements to video chats such as blurring the background. Microsoft states that the features could also be brought to Intel chips when they have their own neural processors.

Apart from that, the appearance and performance of both models are very similar. Shoppers are going to be really confused when they walk inside stores without doing their homework. Microsoft has admitted to dealing with usability bumps though.

Here’s a quick overview of the Microsoft Surface Pro 9 in terms of full specifications and design:

Microsoft hasn’t made major changes to the design of the Surface Pro 9, except for more noticeable 5G antennas on th SQ3 ARM model. The device boasts the usual 13-inch 2880×1920 PixelSense display with a smooth 120Hz refresh rate.

It’s perfect for fluid sketching and scrolling, especially when you are using the Surface Pen. The Surface Pro 9 features two Thunderbolt 4 ports for your accessories and external displays. The battery has gotten a bit better and would last around 15.5 hours now. 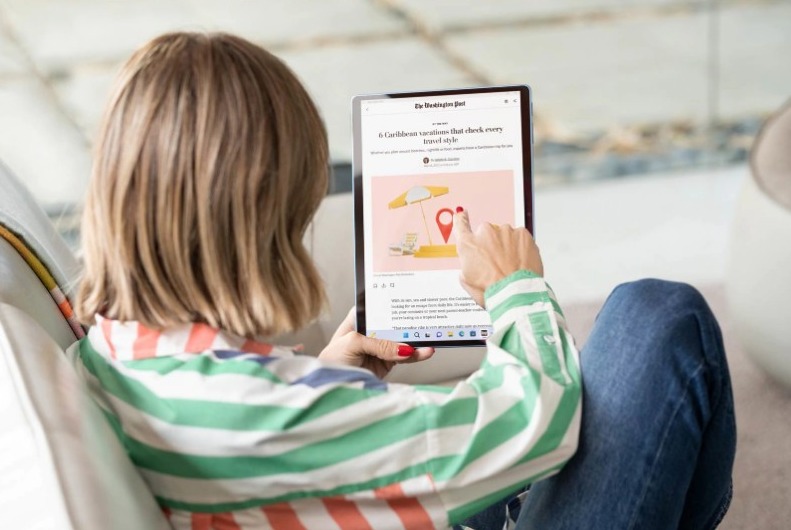 You’ll have to get your Type Cover keyboard and Surface Pen separately. The latest Surface Pro 9 is designed for the Surface Slim Pen 2 but will work fine with other Surface Pens as well.

What are the Color Options for Microsoft Surface Pro 9?

If we ignore the choice of processors, there isn’t much that Microsoft changed on the Surface Pro 9. The new color options are perhaps the most significant change to the Tablet Laptop which is now available in a total of four colors.

Microsoft has retained the usual Platinum and Graphite colors on the Surface Pro 9 but there are two new shades- Sapphire (Blue) and Forest (Green). The new colors look stunning and also have their own vibrant Type Cover keyboards. 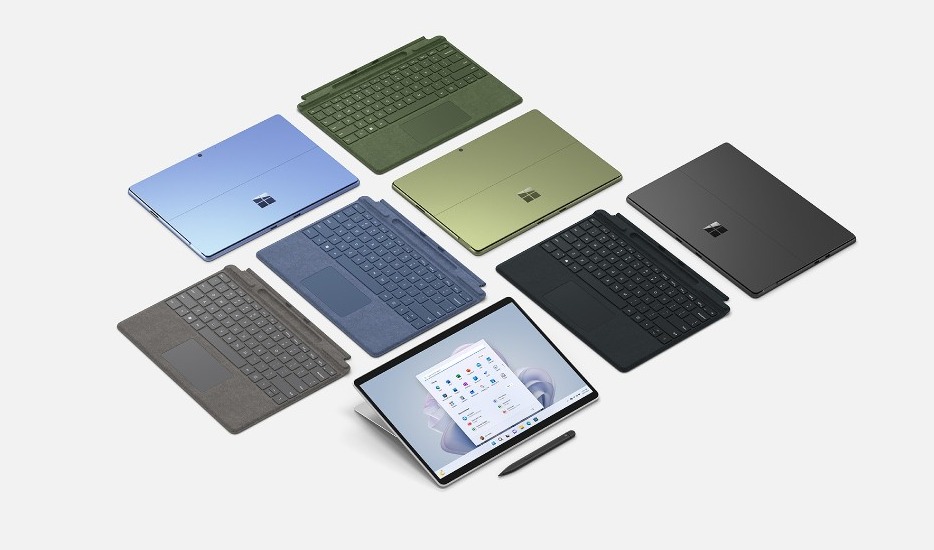 You can also mix and match the colors of your Surface Pro 9 and keyboard to make the setup the most suitable to your style. There’s a choice for everyone this time.

Surface Pro 9 Price: How much does it cost?

The Surface Pro 9 starts at $999 for the entry-level platinum option. If you need more colors and want at least 256GB of storage, the 2-in-1 tablet laptop will cost you $1,099 for the Intel variant.

If you want to buy the Surface Pro 9 powered by the SQ3 ARM chip, it’ll cost you at least $1,299. You can go through the color and storage options on the Microsoft Store to get the exact price of the Surface Pro 9 of your choice. 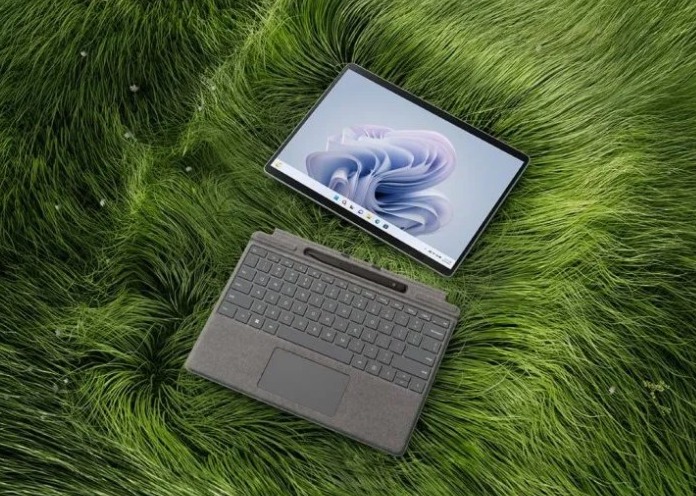 There’s the usual Surface Pen and Keyboard support. You’ll have to buy them additionally which further increases the cost of the setup.

What is the Release Date of  Surface Pro 9?

Surface Pro 9 is coming to the retail markets on October 25, 2022. It’s the same release date that we expect the latest Surface lineup to drop on including the Surface Studio 2+ and the Surface Laptop 5.

You can pre-order the Surface Pro 9 right away on the Microsoft Store. The tablet-esque laptop will be available at all major retailers from October 25th. The shipping for pre-orders will also commence on the same date.

Are you excited about the new Surface Pro 9? Feel free to use the comment box to share your thoughts and opinions about it.