Microsoft Edge vs Chrome: Which One is Best for You?

For Windows users, Windows 11 has been a next-level experience. There has been a greater emphasis on enticing Windows 11 users to choose Microsoft Edge as their preferred browse. There’s no denying that Microsoft Edge is a step forward over previous versions, but is it good enough to challenge Google Chrome’s long-held position as the most popular web browser on Windows?

Over the last year, Google Chrome and Microsoft Edge have both gotten big upgrades that added new capabilities and enhanced old ones. However, as Windows 11 becomes more widespread, it’s critical to know which web browser is ideal for Windows 11.

In this article, we’ll discuss the in-depth comparison between Microsoft Edge vs Chrome.

Within a few years, Google Chrome has surpassed Internet Explorer and Mozilla Firefox as the market leader. It now has a market share of 65.27 per cent, while Internet Explorer has dropped to just 0.61 per cent.

Initially, the Chrome browser was built for only windows, but it was later introduced for Linux, macOS, iOS, and android. Chromium, a free, open-source software project from Google, is the main source code of the Google Chrome browser. 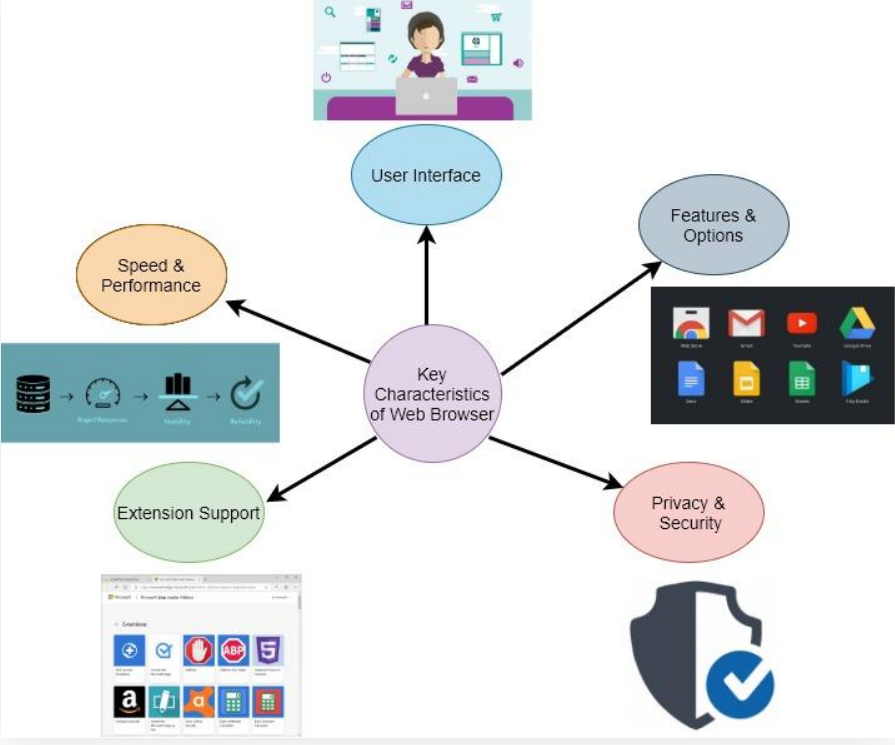 Edge was introduced in 2015 for the platform Windows 10 and Xbox One. Edge has dethroned Microsoft Internet Explorer as the default browser, and IE will be phased out entirely by 2022.

Initially, Edge was based on HTML, but with time, the new version of Edge moved on to Chromium. It is the same source that is used by Google for chrome users.

Microsoft Edge is also available for macOS, Windows and Android.

Edge became considerably more competitive with Chrome once Microsoft switched to Chromium, which we will discuss in detail.

It still has a 3.4 per cent market share, so it has a long way to go before catching up to Chrome.

Everyone wants a fast browser, but things become a bit complex when you have to select between two strong web browsers both of which are powered by the same engine i.e. Chromium. 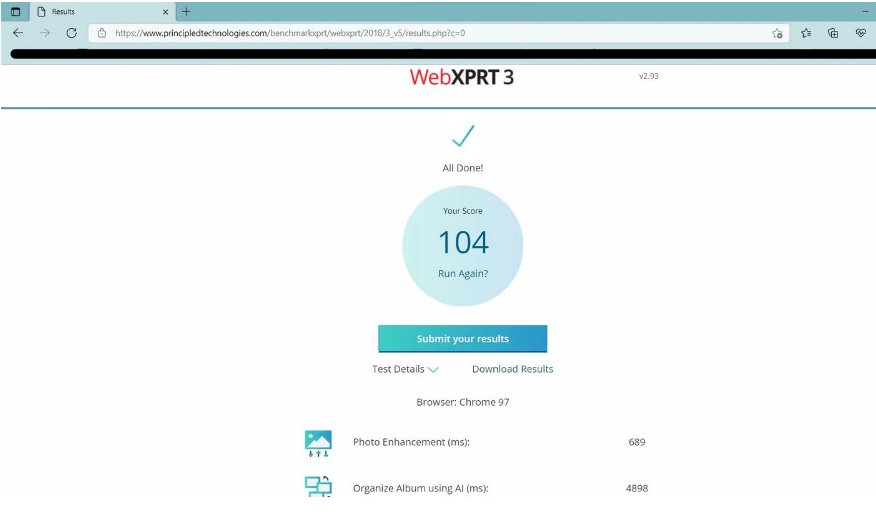 The Basemark Web 3.0 test was also performed on Chrome and Edge. Basemark Web 3.0 is a tool for identifying web performance problems on the client-side as well as browser bottlenecks. In comparison to Edge, Chrome (rated 481) performs better than Edge (rated 329).

But, on Windows 11, both Chrome and Edge provide excellent web performance with fast loading times and low reaction times.

The user interface of both browsers is pretty much the same. You’ll feel almost no difference while using them. You may, for example, open many tabs in each window and save your favourite pages.

The distinctions are small and largely a matter of personal choice. 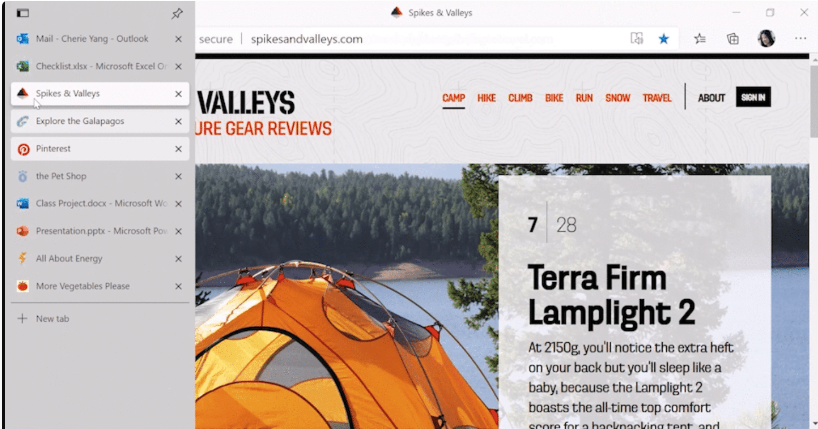 Tab groups are also available in Edge and Chrome. There’s not much of a difference here: both browsers allow you to give each group a colour and a name, and they’ll rearrange your tabs such that tabs from the same group are near to each other.

Both the browsers come with plenty of Custom themes to choose your favourite one. The Chrome Web Store has a variety of themes to choose from. Although there is no dedicated dark mode option, you can download some originally dark themes. 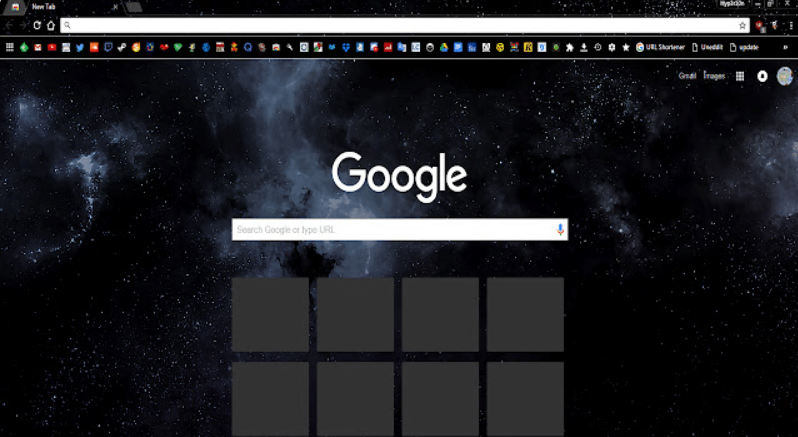 On the Edge browser, the Appearance settings page allows you to tweak the appearance of your browser. Choose a theme after deciding whether you want the overall appearance to be bright, dark, or by default.

In the options, you may choose from 14 basic colour schemes. You may download a theme from the stores of the respective browsers if you want something different.

Chrome from Google can sync almost every feature of the browser across many platforms. Its list is extensive, which includes almost everything, for example, Passwords, bookmarks, history as well as a variety of other topics. Here is the amount of items that may be synchronised: 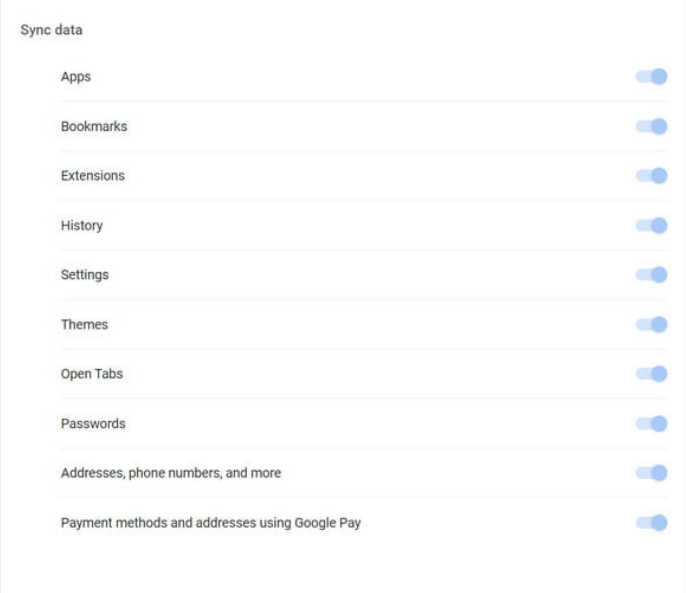 Chrome syncs smoothly. It allows you near-seamless functioning across your phone, laptop, iPad, or any other device that supports Chrome.

Microsoft Edge has caught up to Chrome after a few updates. While Edge cannot sync themes, addresses, or phone numbers, Chrome can. Other than that, Microsoft’s browser generally matches Google’s synchronisation features. You can smoothly transfer your online experience from one device to another using both browsers.

The Edge browser offers more security features as compared to Chrome. Edge, for example, can disable trackers from both visited and unvisited websites. It also lowers the chances of your personal information being shared across several sites. You may pick from three different monitoring prevention levels, making it simple to choose one that suits your needs. Microsoft Defender SmartScreen is also used by Edge to guard against dangerous websites and dodgy downloads. 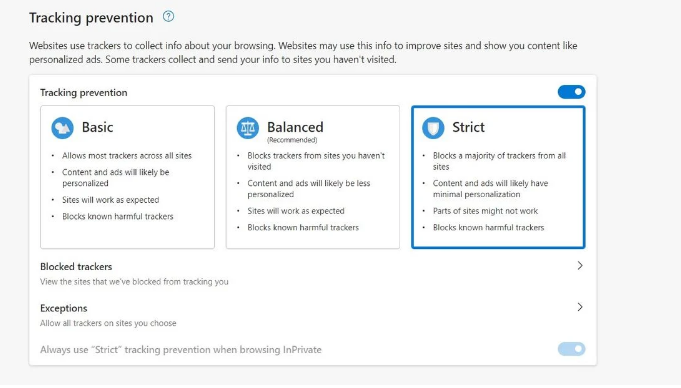 In the meantime, Chrome can only block third-party cookies. The browser has made significant attempts to make browsing safer, such as recognising potentially harmful extensions, downloads, and webpages. But the settings are still not at par with the Edge Browser.

To be honest, Edge offers a more elite experience, all thanks to the latest updates. To conclude, the Edge browser has more exceptional features. These include built-in privacy settings which have fewer resources than the Chrome browser. But, the overall user experience is almost the same. It all depends on the user. If you want privacy and features, you can go for Edge.

I hope you liked the comparison. In case you have any doubt regarding the comparison, you can let us know in the comment section below.