IPv4 vs IPv6: What’s the Difference?

Computers and devices interact with each other over the internet using a set of numbers, or Internet Protocol address, which is sometimes known as an IP address. And it’s essential. You wouldn’t be able to exchange information without an IP address. Furthermore, the internet would not be accessible without IP addresses. 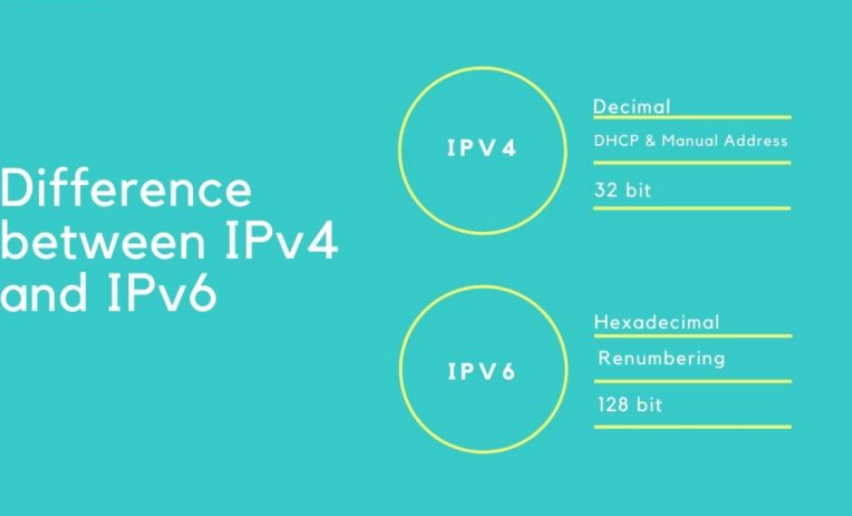 IPv4 and IPv6 are two different types of IP addresses. There are many interpretations, but what does it mean? What is the difference between IPv4 and IPv6 and how are they implemented? There are two sorts of internet protocol addresses, and we’re going to compare them head-to-head so that you may learn all you need to know about them. In this article, we’ll explain to you the difference between IPv4 vs IPv6.

Protocol version 4 (IPv4) is known as IPv4. Connecting gadgets to the internet are made feasible by this technology. To connect to the Internet, a computer or other device is given a unique IP address, such as 99.58.02.227. The IP addresses of two computers must be included in a data packet to transfer data over the internet.

In terms of the Internet Protocol, IPv6 is the most recent version. IPv6 addresses are being deployed to meet the need for more Internet addresses. This version was made to overcome problems related to IPv4. A 128-bit address space enables a staggering 340 trillion distinct addresses. IPng (Internet Protocol next generation) is another name for IPv6.

In early 1994, the Internet Engineer Taskforce launched it. IPv6 is the name given to the suite’s design and development.

Difference Between IPv4 vs IPv6

You must be interested in knowing the difference between the two versions of Internet Protocol. Here, we have distinguished both of them in a tabular form.

What’s the need for IPv6?

Even though IPv4 was present for 40 years, with time it wasn’t enough. On one hand, IPv4 has a capacity of 4.3 billion addresses, which, at that time was more than enough. But with the passage of time and technology, the number of devices connected with the internet increased.

With a large number of devices, it was the need of the hour to have a lot more IP addresses which were not possible with IPv4. Therefore, in the 1990s engineer came up with a permanent solution to this problem with the release of IPv6. This version of the address can make an IP address of amount 3.4 ×1038

That’s all the main differences between the two versions of Internet Protocol i.e. IPv4 vs IPv6. I hope this article helped you with what you were looking for.