How to Fix IMS Keeps Stopping Issue on LG Smartphones?

For the last couple of days, the “IMS Keeps Stopping” issue is annoying LG smartphone users while the company is trying to fix it. The issue randomly appears on the screen and makes the device unusable. LG will allegedly roll out a patch soon to fix this error for T-Mobile and other service users.

The reports about the said error started appearing on social networking sites and forums like Twitter, Reddit, etc on Sunday, May 23, 2022. There are thousands of users with LG smartphones reportedly struggling with the issue as the error message keeps popping up on their screens.

The users claim that they have tried all the general fixes like restarting the smartphone, resetting it, etc, but none of them seem to work. The error keeps appearing again and again.

What is the IMS Keeps Stopping Error on LG Smartphones?

LG has left the smartphone market but there are still millions of LG smartphone users in the world. The Korean company keeps offering regular upgrades and services to the users. Recently, an error called IMS Keeps Stopping has been troubling LG smartphone users, especially T-Mobile and AT&T users.

IMS (IP Multimedia Subsystem) is a framework that delivers communication services like VoLTE (Voice over Long-Term Evolution) or WiFi calling, and Internet messaging through IP. This framework is not exclusive to LG devices and available in almost every new-age smartphone. 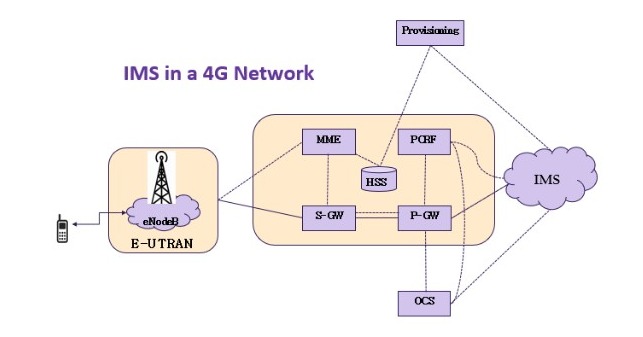 However, the framework has started malfunctioning on LG devices since this Sunday. When this happens, the “LG IMS Keeps Stopping” error message keeps popping up on the screen and doesn’t go away. Some users have also reported that it is draining out the device’s battery.

This issue renders the LG devices useless and users are very frustrated. LG is reportedly working on a permanent resolution and will soon launch an update to solve the problem.

Why does the IMS Keeps Stopping message pop up on the screen?

The “IMS keeps stopping” message keeps appearing on the screen when the IMS framework is having problems serving its purpose. It seems something went wrong with LG’s implementation of the IMS services on T-Mobile and AT&T networks.

Thus, this error was born and affected thousands of devices overnight. This error is also known to occur due to a large number of cache files on the device, outdated applications, and the outdated OS version.

The slightly good thing is that not all LG devices are affected. If your device is troubling you with the issue, then you can try the temporary solutions shared by other Internet users.

I'm sorry for the inconvenience this has caused because I hear you if this is happening every 20 seconds like that. LG is working on a resolution to resolve this issue ASAP! LG may have some updates later tonight! You can call them directly at 1-833-378-0003. ^KaileeHill

LG will roll out a permanent fix for the problem soon. Until then, the temporary ones are your only resort to using your smartphone.

How to Fix the IMS Keeps Stopping Issue on LG Smartphones?

LG has acknowledged the IMS Keeps Stopping issue and is working on a permanent fix for the issue. For now, you can try an allegedly effective solution shared by a Reddit user. Follow these steps to know what you have to do:

You may have to try this solution multiple times before the error vanishes. Also, you’ll have to follow the steps as quickly as possible to prevent the error message from stopping you midway.

You should also keep looking for system updates and install them whenever LG provides one. We’ll also keep you updated about it whenever LG rolls out a patch.

The IMS Keeps Stopping error was first reported by The T-Mo Report. Soon, there were thousands of reports on Twitter, Reddit, and other platforms about users struggling with the issue.

Is anyone else in twitter universe having trouble with their LG cellphone. And error popping up constantly. Says LG ims keeps stopping

Ayo @TMobileHelp @LGUSAMobile y'all must've did something wrong, everyone is "getting this LG IMS keeps stopping" error all morning. Especially with me on my Stylo 6, which isn't even that old.

LG smartphone users have also claimed that the error has been continuously troubling them for over 24 hours and the error message keeps popping up every five seconds.

@LGUSAMobile @TMobileHelp there's error with LG phones that started over night with an LG IMS keeps stopping error. According to the reddit thread about it, everyone is on the t mobile network and none of the listed fixes work. This is awful, help! pic.twitter.com/QJMEsSHw3K

T-Mobile users are apparently the most affected users by this error as there are only a few reports of its occurrence on other carrier users.

Woke up to my phone having this annoying "LG IMS Keeps Stopping" message popping up constantly and I don't know how to fix it and google ain't helping. Since I think it's related to the wi-fi, I'm just gonna leave it and hope that it resolves itself.

LG IMS keeps stopping every five seconds. Its made it extremely difficult to use my phone. It apparently has started happening suddenly to a lot of LG phones. What is up? @LGUS

Many users have also tried completely resetting their device to the factory settings. However, this method is not working as it is a network-related issue.

Previously, the IMS Keeps Stopping issue occurred on Samsung Smartphones in April 2020 on a smaller scale. Samsung S9, S10, S8, and Note users were the most affected as the com.android.server.telecom app started malfunctioning. 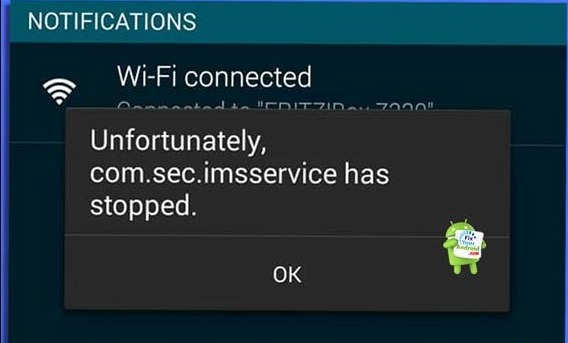 Samsung users were reportedly able to solve the problem by clearing cache and resetting configuration messages on their devices. You can also try these fixes on your LG devices.

However, a better option would be to wait for LG to roll out the permanent fix for the error. Samsung also worked it out the same way. Until then, keep trying the solution shared above to make the error go away.

Let us know if you know of any other effective solutions for this nudging problem.