GTA Trilogy has arrived early but is already facing a number of issues. Specifically, the PC users are not yet able to play the game due to the downtime of the Epic Games Launcher. Find out how to download the game on PC and play it.

Rockstar Games is set to launch the remasters of the classic Grand Theft Auto titles- GTA 3, GTA Vice City, and GTA San Andreas. This GTA Trilogy was earlier expected to arrive in December but now it is coming early.

Rockstar Games has announced to release the GTA Trilogy on November 11, 2021. The Definite Edition will be available on the PlayStation 5, Xbox Series X/S, PlayStation 4, Xbox One, and Microsoft Windows via the Rockstar Games Launcher. 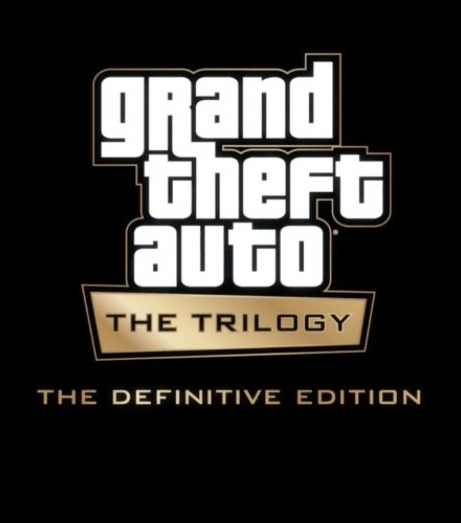 Find out the release time, download size, price, and everything else about the GTA Trilogy: The Definitive Edition here.

The launcher has now been offline for more than 15 hours, and the fans who bought the GTA Trilogy are still not able to play it. Now, Rockstar Games has pulled the game from sale on PC. The PC version of GTA Trilogy is currently not available to buy on the official Rockstar Games website. 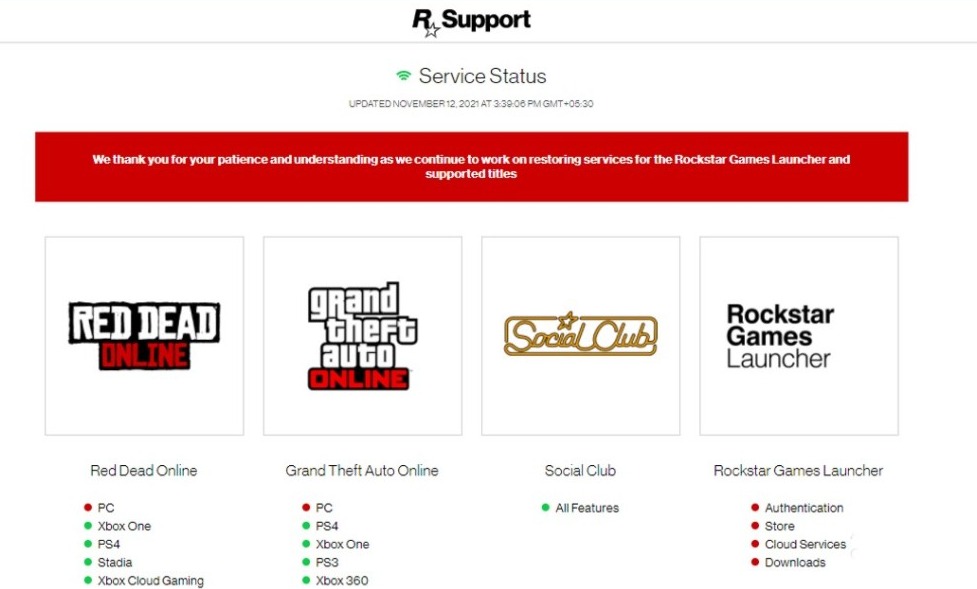 Earlier, Rockstar Games informed via Twitter that the Launcher and supported titles will be offline for maintenance and the services will resume when it is completed. So, the players will not be able to enjoy the games on PC.

Services for the Rockstar Games Launcher and supported titles are temporarily offline for maintenance. Services will return as soon as maintenance is completed.

Let’s hope that Rockstar solves the problem soon and fans are able to enjoy the classics.

The GTA Trilogy- Definitive Edition is a remastered version of the classic Grand Theft Auto titles. It features visually enhanced versions of the game that retain the original plot and features. The launch is set to be on 11th November 2021, according to the official announcement by Rockstar Games.

Here are the release times for the GTA Trilogy- Definitive Edition:-

The UTC time for the release is 3:00 PM on Friday. 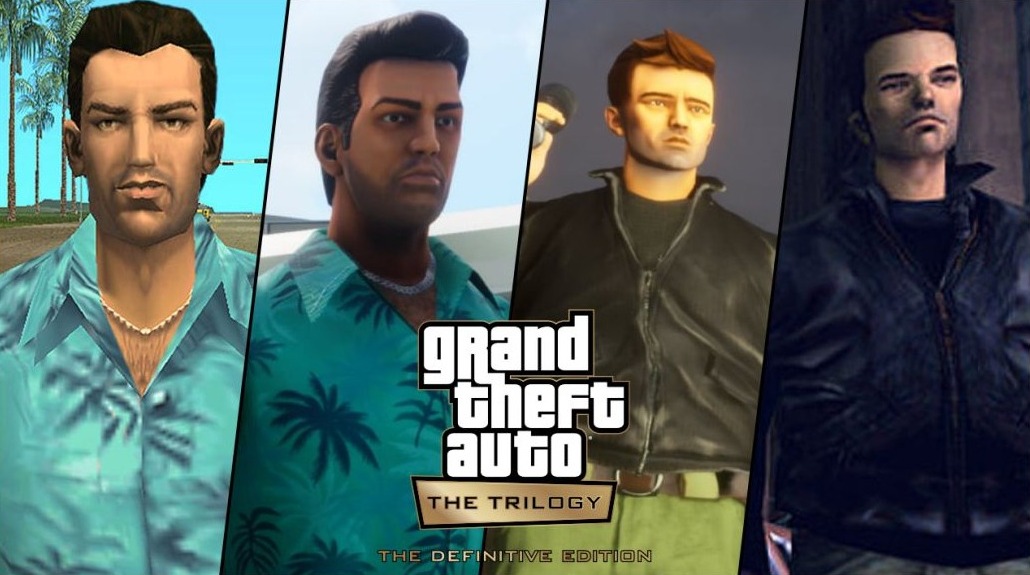 The download size estimates for the GTA Trilogy vary for various platforms. The official listing on Xbox.com claims the approximate size to be 21.85 GB. However, the Twitter account of PlayStationSize has confirmed that the combined size of the three titles will be 38.7 GB on PS4.

The notable thing here is that the Definitive Edition has made the file sizes increase prominently. GTA San Andreas has seen the most significant jump from 3.3 GB on PS2 to 22.68 GB on PS4.

The separate download size of the three titles in the GTA Trilogy- Definitive Edition is as follows:

The size for other platforms may be a bit different. Switch users might experience the most notable download size difference.

Coming to the price, the GTA Trilogy is available for an average price of $60. Here are the exact prices for different platforms:

Currently, the games are not available to buy separately. You can only buy them as a package. 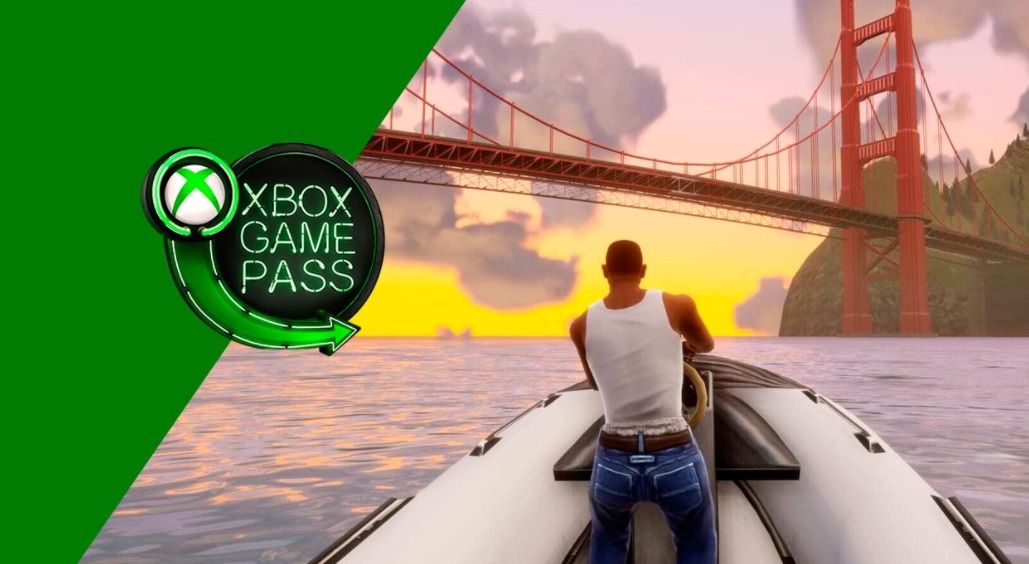 However, fans can get access to the GTA San Andreas- Definitive Edition with the Xbox Game Pass that costs only a Dollar ($1) for the first month. Afterward, the price will be $14.99 per month.

In order to download the GTA Trilogy on your PC or console, you must first buy it. You can buy the games from the following stores depending on your platform: 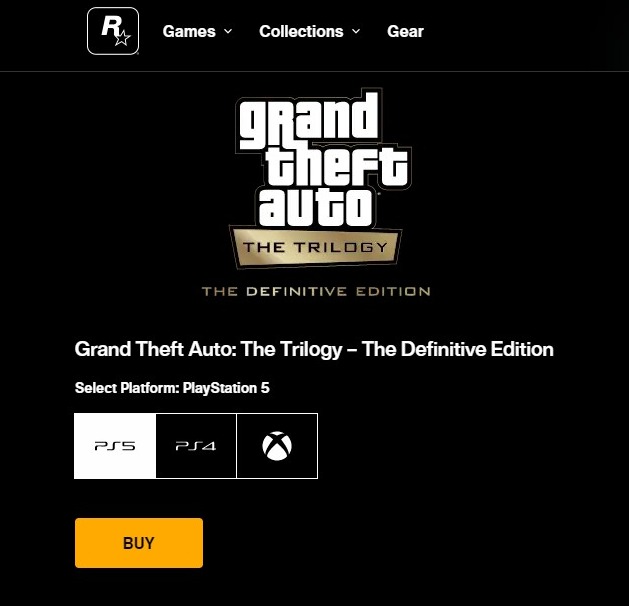 The process to buy and download the game is very simple. You just need to visit the store, purchase the trilogy, download it, and then run it. PC users can buy it via a browser and then launch the game using the Rockstar Games Launcher.

The GTA Trilogy- Definitive Edition has now arrived. You can re-live the journey of your favorite gangster in the crime capitals. This is how you can download and enjoy the game.