DJI Mini 3 may actually be coming sooner than expected

The  DJI Mini 3 is the potential successor of the greatly successful DJI Mini 2 launched in November 2020. However, the Chinese drone maker hasn’t confirmed when is the next entry-level drone coming, what specs will it sport, and how much it will cost. Thankfully, there are multiple leaks and rumors that are likely to give us a brief idea. 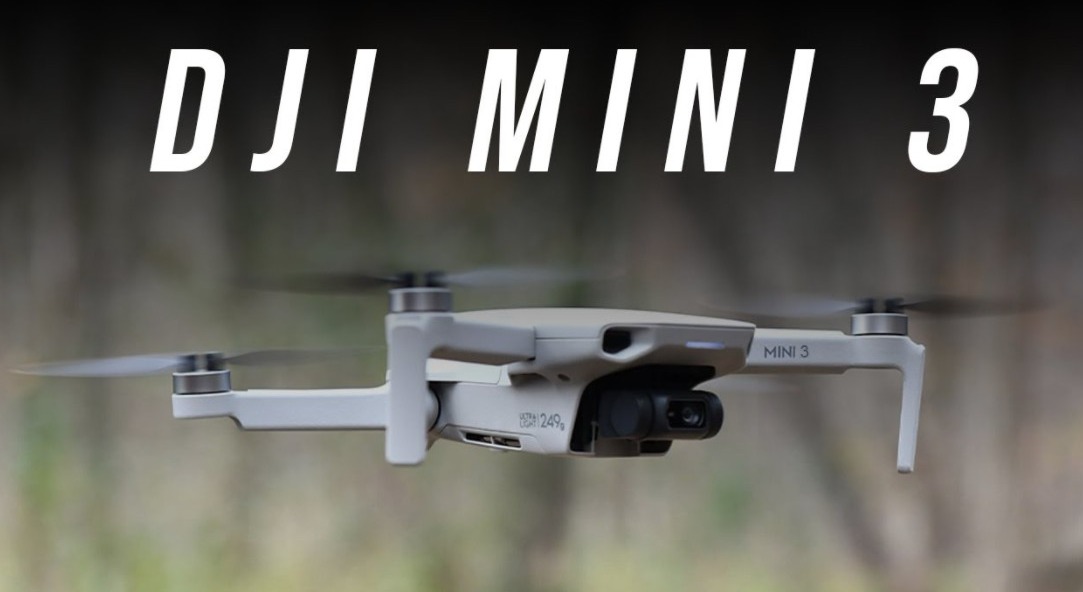 Recently, we have seen a video featuring what looks like the retail packaging for the DJI Mini 3 Pro, but the legitimacy of the video is not proven yet. We have also seen multiple leaked videos showcasing the design and specifications of the upcoming drone by DJI.

Last year, DJI also launched Mini SE, which was a more affordable drone acting as a successor to the older DJI Mavic Mini. The next DJI Mini has been in speculation for a long time now, and the latest rumors suggest it could be coming this Spring.

Is DJI coming out with a Mini 3?

DJI Mini 3 is the much-awaited drone by the Chinese technology company especially known for its drones, DJI, which will serve as the successor to the widely popular Mini 2 drone model. Mini 3 has been in talks, rumors, and speculation for a very long time.

Multiple leakers revealed key details about what could be the next drone in the DJI’s Mini lineup. Now, DJI itself has finally confirmed that it is planning to release new drones under the Mini 3 series after the leaked shell images of the said drone surfaced on the Internet. 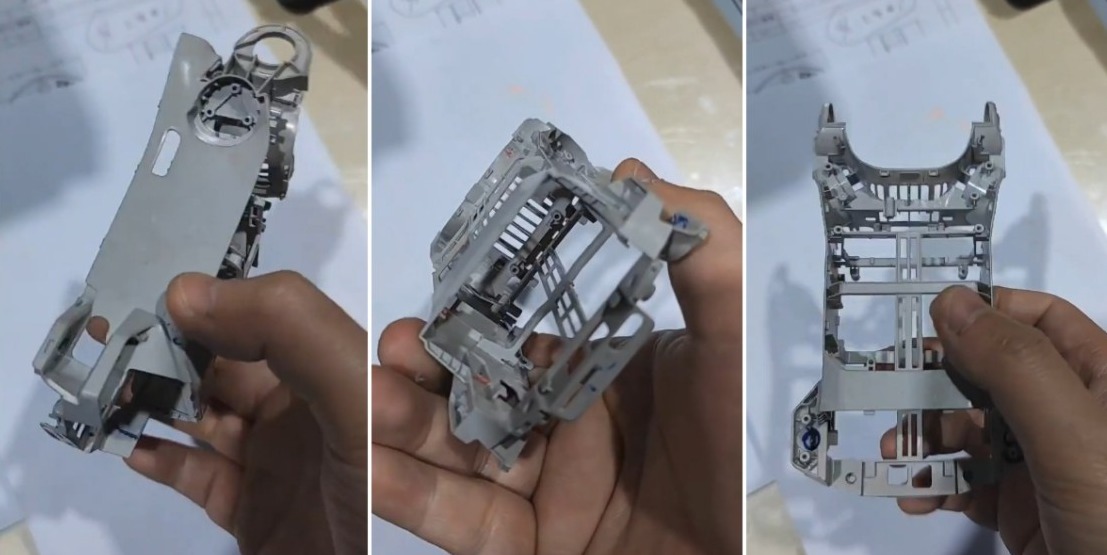 The confirmation comes via DJI’s Tech Support team via a Chinese social media platform. Much to the delight of fans, they have confirmed that the next DJI Mini is coming soon.

What is the Release Date for DJI Mini 3?

Unfortunately, we don’t know about the release date for DJI Mini yet. The company hasn’t revealed anything either. However, DealsDrone, a prominent leaker, has hinted that DJI will announce Mini 3 in April 2022.

What I can confirm is Inspire 3 , mini 3, FPV mini is coming in 2022, but date and other are guess pic.twitter.com/YHocjwgPyS

This could be entirely possible as it would make the gap between Mini 3 and Mini 2’s launch 18 months while the Mini 2 launched after 13 months after the launch of the first Mini.

The Spring is also a reasonable time for Mini 3’s launch as DJI is known to announce and release new products in June and July. However, if they plan to delay the upcoming drone due to the global chip shortage, supply issues, or any other reason, it would postpone the announcement to late 2022, likely in September or November.

DJI hasn’t shared any information about Mini 3’s specs yet, however, there are tons of rumors surfacing the web about it. The leaker DealsDrone has shared a list of specs for the upcoming DJI Mini 3 based on another insider, OsitaLV’s leak. Take a look at it here:

Although the leaks didn’t mention if the specs relate more to the DJI Mini 3 or DJI Mini 3 Pro. The leaker has also confirmed that the rumored specs are solely based on a forecast, and do not feature any information from the company’s sources.

What else should you expect from the next DJI Mini 3?

DJI Mini 3 will be the successor for the Mini 2 drone and should fill the gaps that the predecessor has left. The first upgrade you can expect is video shooting capabilities at 4K in 60 frames per second. Mini 2 can only shoot 4K video at 30fps, however, the next Mini would have enough camera sensors of the size and resolution to upgrade that.

DJI Mini 3 may also sport a larger camera sensor than the 1/2.3in chip available in Mini 2. This would allow the drone to capture more stunning visuals and footage with clean details.

Hmm.. turns out that the DJI event tomorrow is "enterprise" only – so no Mini 3, but that it is coming soon – probably in April.

It's supposed to come with 360° collision avoidance, a much nicer camera, OcuSync 3, ActiveTrack, true 'up'…

The company has also revealed the OcuSync 3.0 technology that was unavailable at the time when Mini 2 launched. So, you should definitely expect the latest OcuSync technologies to be available in the new Mini.

Along with this, it should also have better “Obstacle Avoidance Sensors” and faster charging may be up to 30W with a USB-C connector (Mini 2 supports up to 18W only).

The initial leaks are suggesting that the upcoming DJI Mini 3 will have a fairly different design than the Mini 2. It will likely use a new aerodynamic design featuring a Carbon Fiber skeleton with downward slanted arms and larger propellers. The updated design will also help it to have a longer flight time. 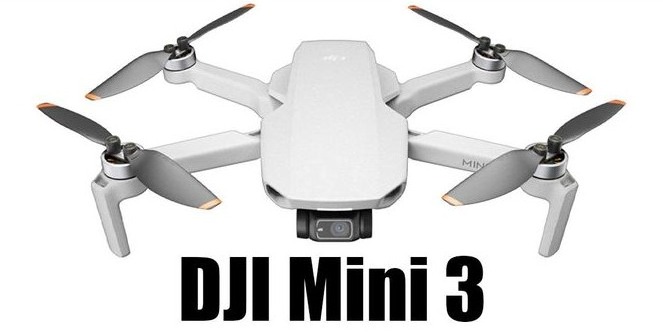 The first proper leak by OsitaLV from March suggests the same. The image shows a DJI drone, likely the Mini 3 Pro, with a fresh RC Controller. If it happens to be true, this would be a first as these controllers are reserved for higher-end models while Mini has always been an entry-level lineup.

Before further confirmation, I'll regard this pic as joking. pic.twitter.com/En7LIBv1jf

However, he first mentioned that the pic should be regarded as a joke but has changed his stance recently.

Another leak from March 15 on BiliBili, a Chinese video-sharing site, shared further by DealsDrone reveals what is likely the body framework for the DJI Mini 3. The design reveals large brackets for the drone’s rotating front arms which are very different from the predecessor.

One more notable aspect of the leaked footage is the redesigned gimbal support offering improved upward shooting. Whereas, Mini 2’s gimbal hangs down freely from the front of the drone.

According to DealsDrone, DJI may launch up to three variants for the Mini 3 lineup. It will distinguish these by weight. The primary Mini 3 could have a weight lower than 250 grams to mark it with CE Class 0 while a heavier model with a longer battery life will also be available.

What would be the price for DJI Mini 3?

It would be very difficult to predict the price of the upcoming DJI Mini 3 at this moment as we hardly know about it officially. However, considering the leaks and rumors, DJI could set the price for Mini 3 around $499 to $549.

The DJI Mini SE launched last year is available for $299. The predicted price range would create a fair separation between the two entry-level drones by DJI. 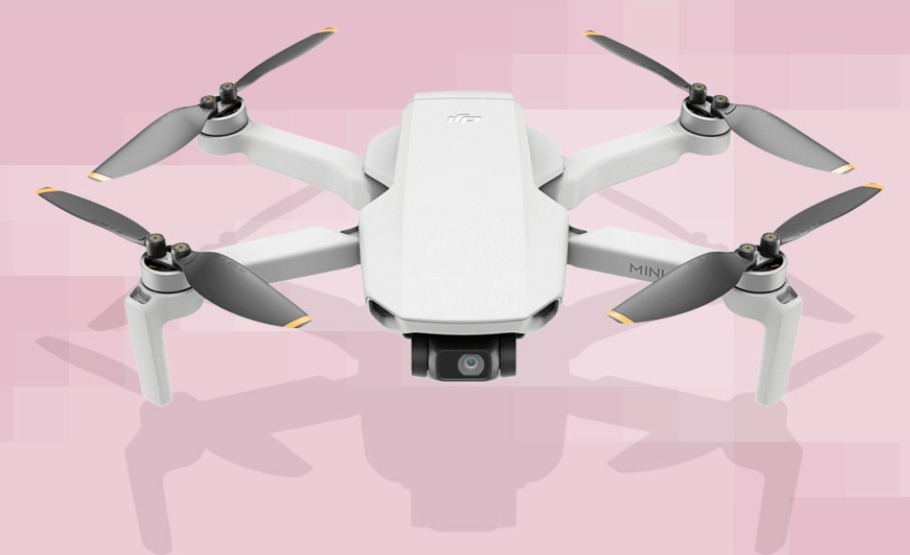 Also, the DJI Mini 3 Pro having an RC Controller will obviously be costlier. If the price rises up to the $799 mark, then it may successfully replace Mavic Air 2 as the primary mid-range drone.

It’d be better if we wait for official words from the company. The announcement of the DJI Mini 3 may arrive sooner than everyone is expecting. Are you excited about it? Share your thoughts in the comments below.