Don’t give up hope; there are a plethora of entertaining games available, and the greatest part is that you can play them with your friends on a variety of platforms. You won’t have to give up your gaming time due to a device difference anymore. The majority of these games are also available for PC and PlayStation users. 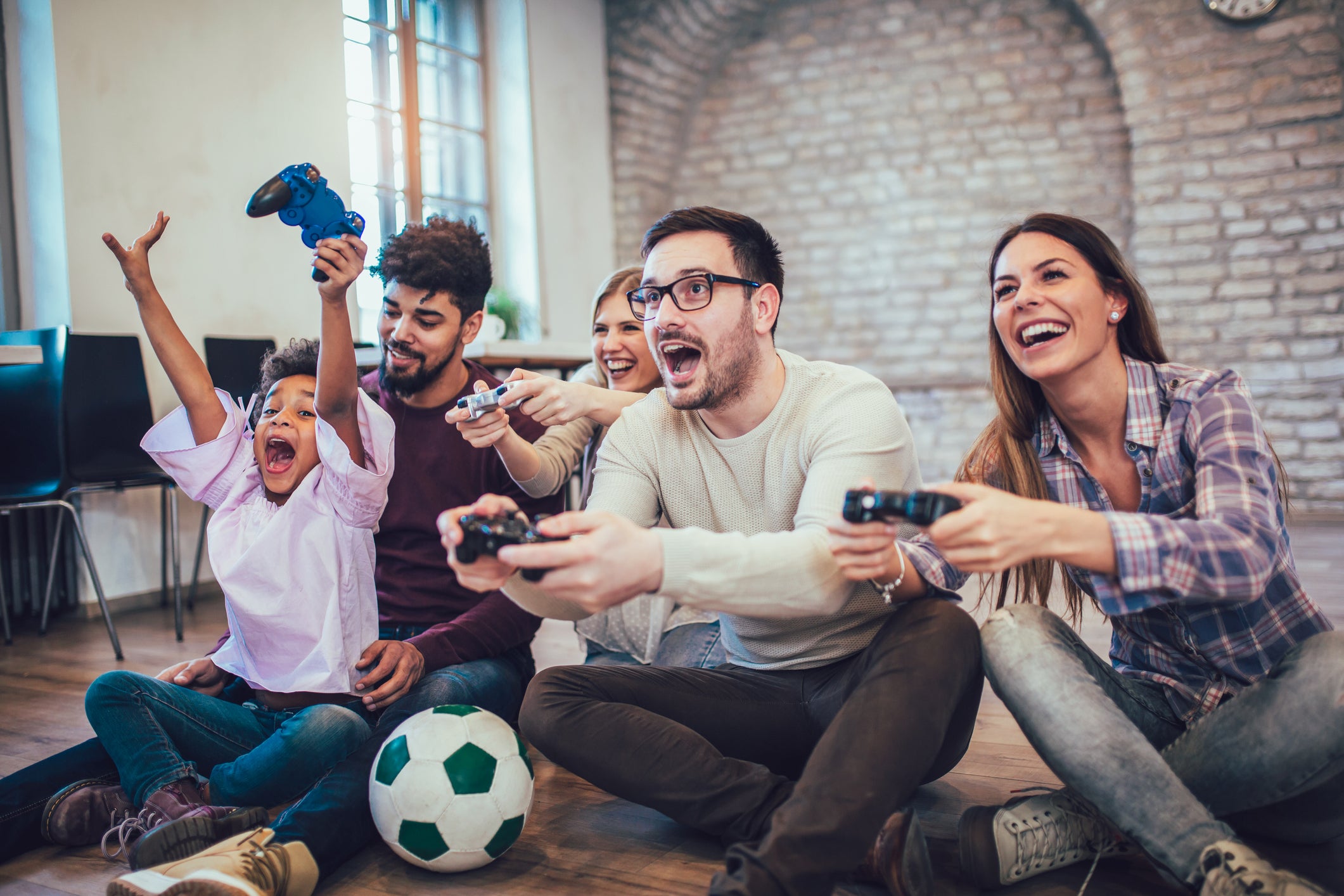 Let’s get started. Here’s a list of the best cross-platform games we could find for you to play with your pals, well, this list consists of 20 Best Cross Platform games and not only a handful.

Let’s start with Among Us, which is everyone’s favorite game. One of the games that practically everyone played with their pals. It’s one of the best cross-platform games you’ll ever play. And users became fascinated with this game in year 2020. The game has lately received a slew of improvements.

The game is fairly simple; you can play it with 4 to 15 people, and everyone must complete a few tasks in order to win. But wait, it’s not that easy and boring; there will be Imposters who will go out and kill the crew-mates. 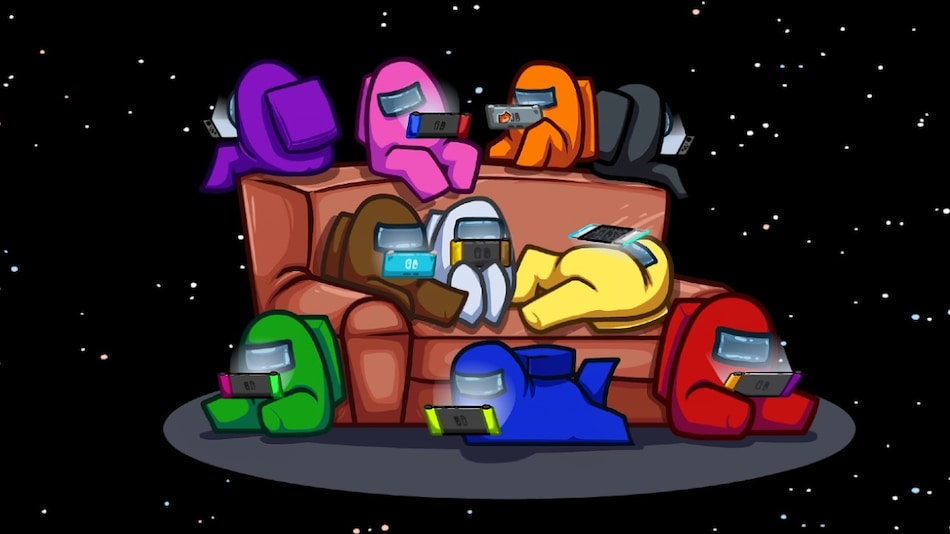 And the other crew-mates must figure out who the imposter is; you can choose between 1 and 3 imposters in a game. There are a variety of maps, game-play types, and strategies to choose from that will make this game more interesting.

Pubg is a game that can be played on Android, iOS, and PC that everyone should be aware of. Battleground Mobile India, on the other hand, is an identical game for Indian players. It was initially only available for Android players on the Google Play store when it was first released, but it is now also available for iOS users. 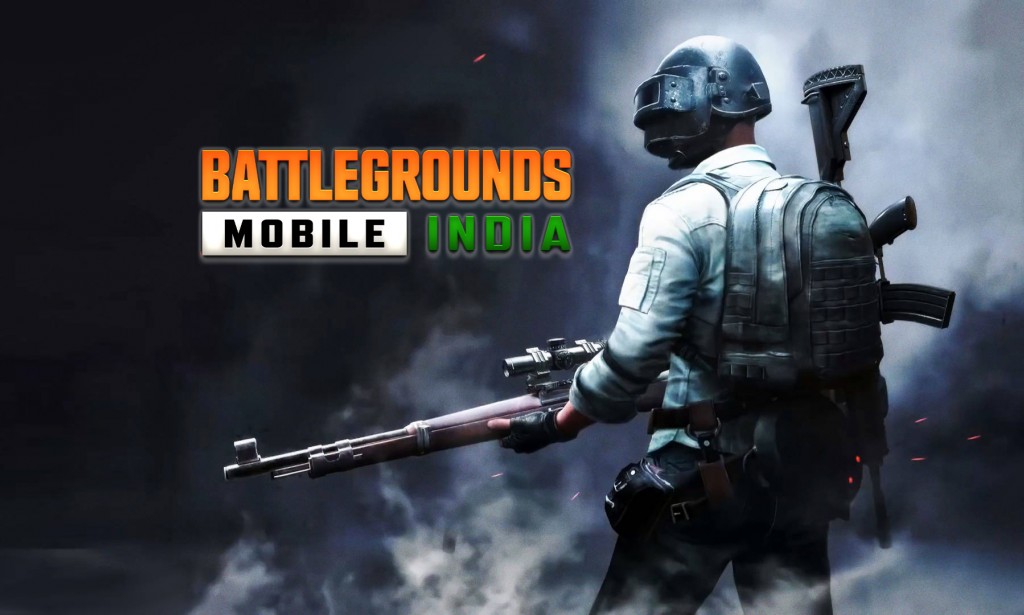 It’s a well-known cross-platform game that people like playing with their mates. Complete multiple challenges to get cool rewards! I don’t think so we need to discuss about how to play Battleground Mobile in India because it’s pretty famous and everyone has their own game-play. You can play several maps and defeat your enemies with your ideal squad.

Another popular game that is well-known among gamer is Minecraft. You can explore an infinite number of worlds and construct everything from modest houses to massive fortresses. 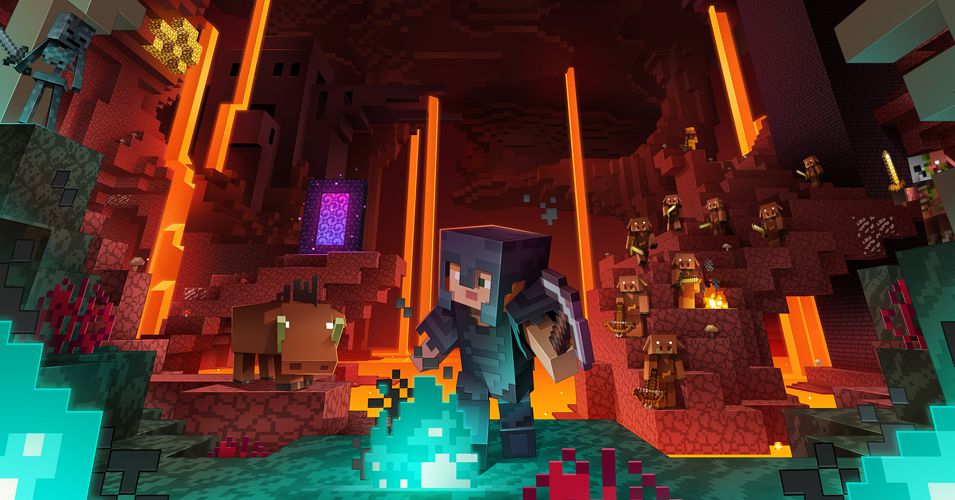 In survival mode, you can mine deep into the planet, manufacturing weapons and armor to fight off hazardous creatures, or you can play in creative mode with unlimited resources. On this cross-platform game, you can create, explore, and survive alone or with pals.

Fortnite Battle Royale is a free-to-play combat royale game in which up to 100 players compete to be the last person standing; and Fortnite Creative is a free-to-play world-building and battle arena-creation game. It’s a follow-up to Fortnite: Save the World, a cooperative survival game with building components. The game is both entertaining and well-known. 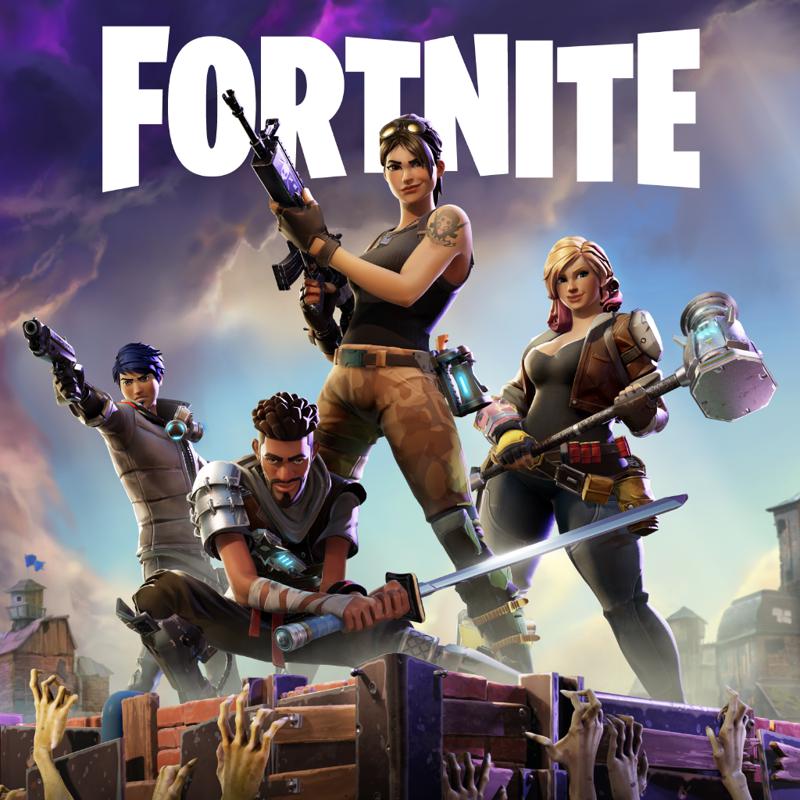 Muffin Knight is an action-adventure game with magnificent graphics and a cast of fairy-tale characters, each with their own special skills that grow in power as you progress. This is the narrative of a young kid who sets out on a quest to retrieve the enchanted muffins left by an ancient fairy.

He was cursed with an unique curse : he transforms into a new beast with each muffin he touches. When he returns all of the muffins, the elderly fairy vows to change him back into a boy.

Vainglory is a multi-award-winning free-to-play cross-platform MOBA with the strategic depth and technical skill you’d anticipate from a PC game, yet playable with your friends on any device, anywhere.

It lets you party with your friends and compete against gamer all across the world on desktop and mobile, with stunning graphics, accuracy controls, and intense game-play parity across all platforms.

Clash Royale is a multiplayer fight game set in the Clash Universe that takes place in real time. Step into the Arena! The Royales, your favorite Clash heroes, and much more feature in this real-time multiplayer game. 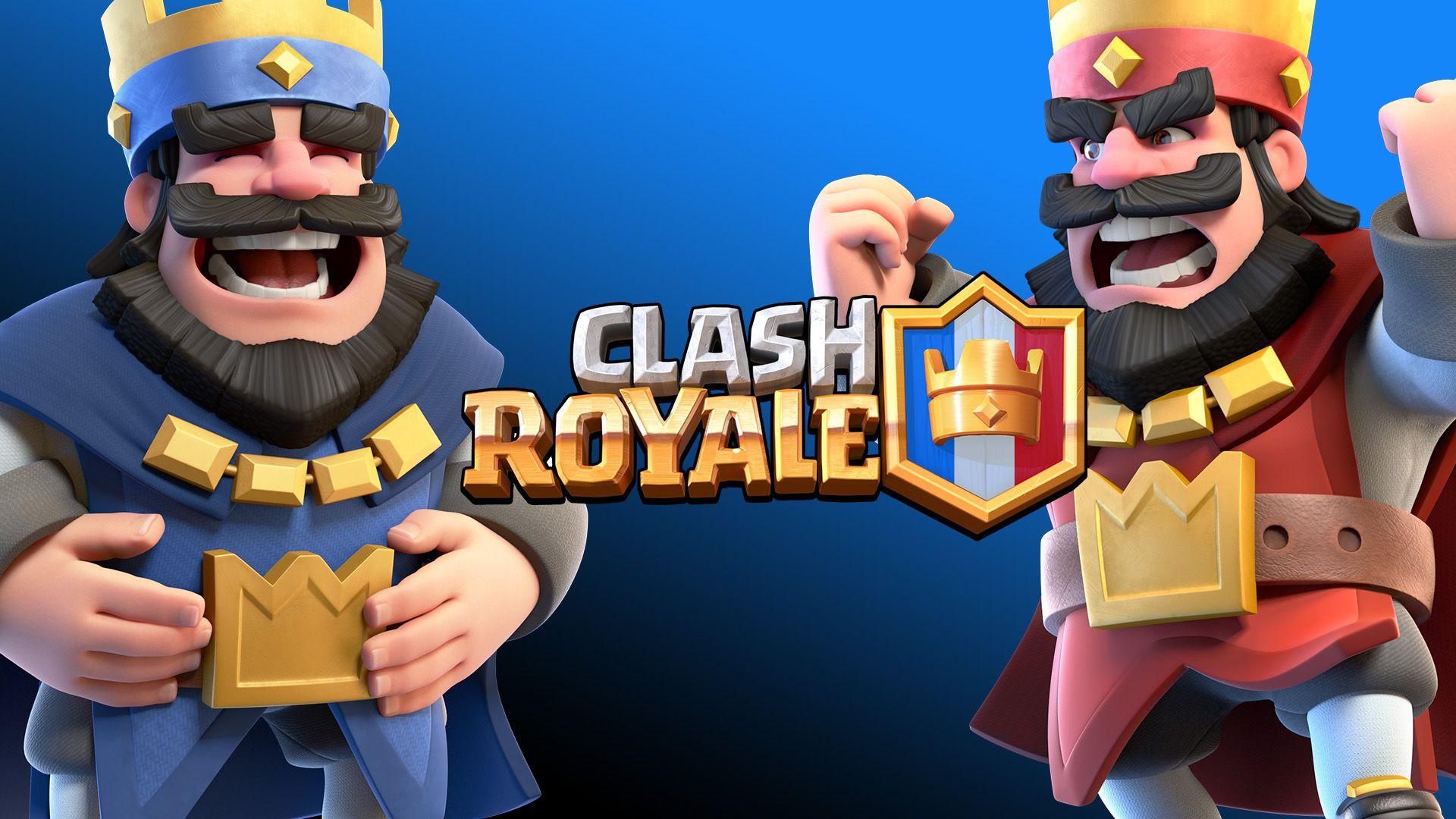 Collect and modify dozens of decks that include your favorite Clash of Clans warriors, spells, and defenses, as well as the Royales : Princess, Knights, Baby Dragons, and more. To overcome your opponents and win Trophies, Crowns, and Glory in the Arena, knock the enemy King and Princesses off their towers.

Discover the vast fantasy MMO RPG open world of the Sixth Age of Gielinor, steeped with legend and history. Even though Gielinor’s people are prospering, the Elder Gods are still plotting. The skies are darkening, and battle is looming. Experience a 20-year-old fantasy online MMO world that is only growing better. 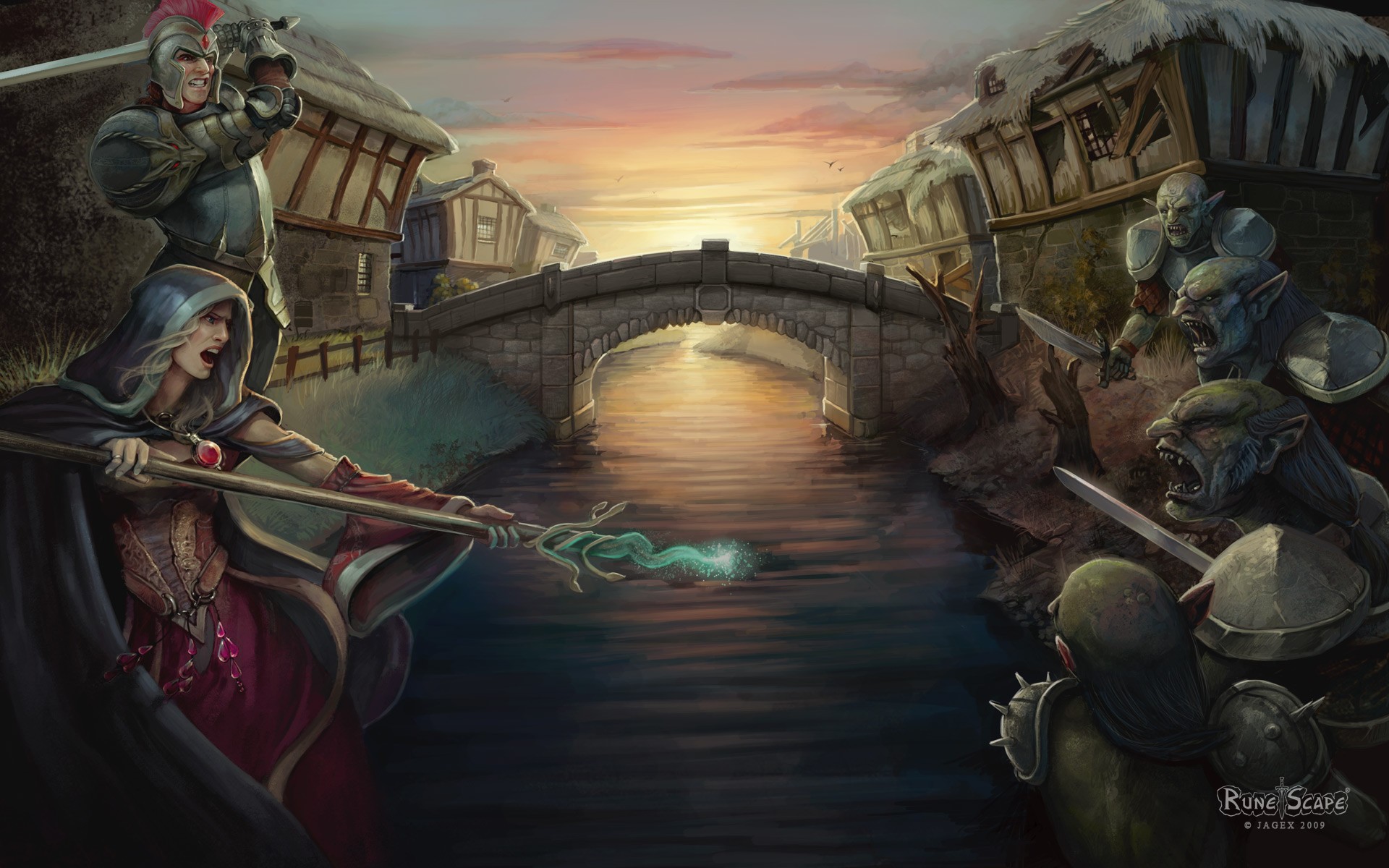 It’s all up to you. Will you travel the world with your friends and embark on a dangerous assault, or will you pursue fame and money as a lone adventurer? The game contains a large number of ability branches that focus on various aspects of game life, ranging from construction to fighting.

In this MMO, you can fight bosses, discover loot, join groups, and gather pets while exploring dungeons. In this large award-winning game, you and your pals will explore a magnificent 3D environment. 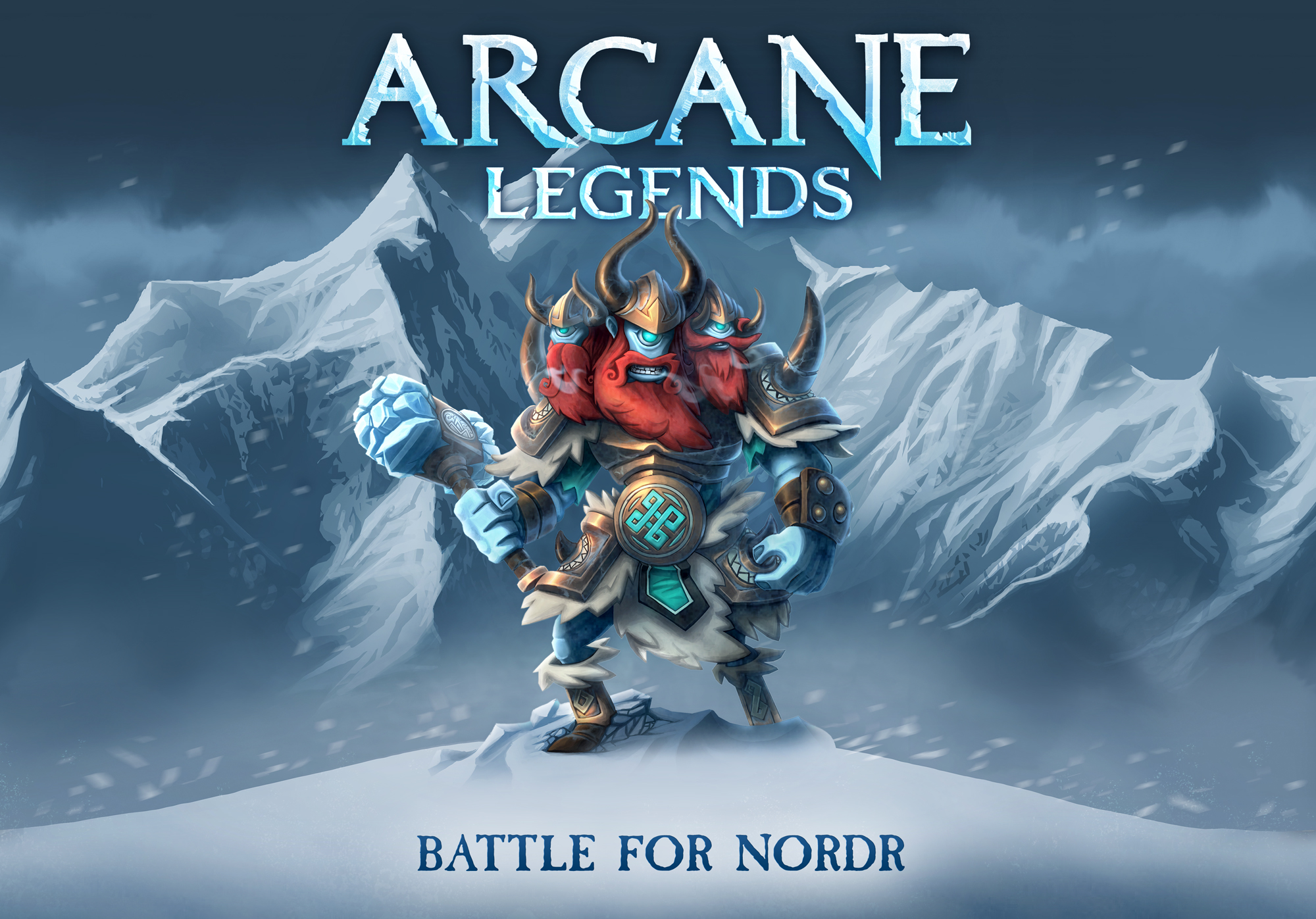 Create your character and quest while interacting with thousands of other players in real time. Your journeys will lead you and your buddies through castles, forests, and dungeons as you battle dragons, orcs, and other evil forces who are aiming to destroy Kingdom of Arlor. You may own a portion of the marvelous world by playing Arcane Legends.

You can play classic multiplayer maps and modes whenever and wherever you want. Is there a Battle Royale arena with 100 players? 5v5 team death match in a hurry? Is it a sniper vs sniper fight? You can play whatever you want to. 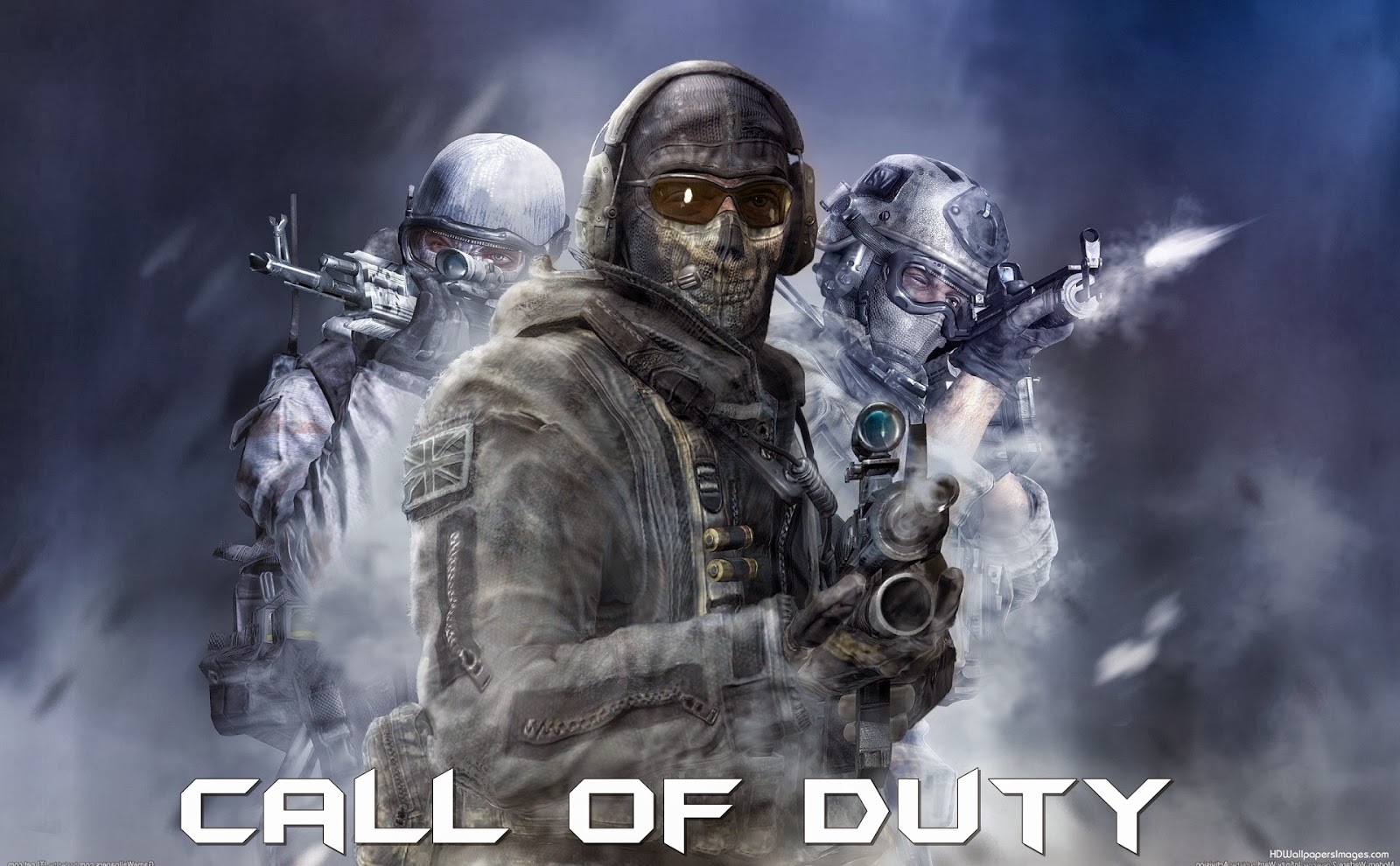 The game has incredible visuals; it’s similar to Pubg and Battleground Mobile India, but it’s a little distinct and unique. You can get a taste of the world’s most popular shooting game. The game is also available on Android and iOS.

This game is incredible. You and your sibling have landed from another universe in this game. You wake up in a world that is radically different from when you originally came, having been separated by an unknown god, robbed of your abilities, and sent into a profound hibernation. 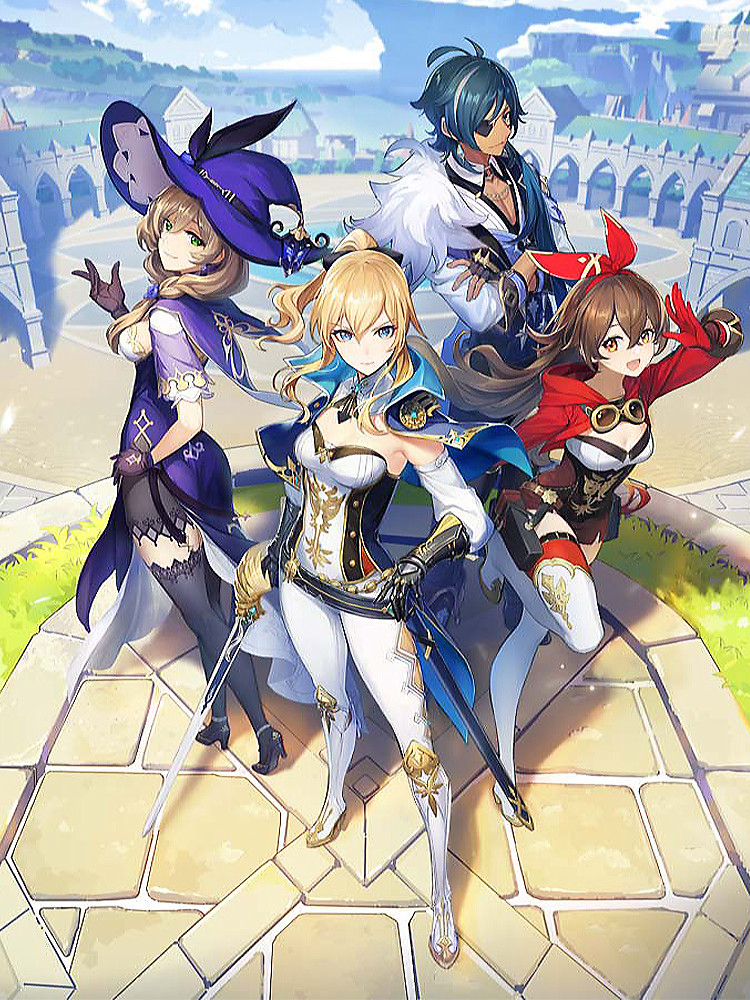 Thus you can begin your quest for answers from The Seven – the gods of each element — across Teyvat. Prepare to explore every inch of this amazing planet, team up with a diverse cast of people, and solve the myriad secrets that Teyvat has to offer.

In this vast genre-defining game world, you can battle, survive, and befriend 80+ dinosaurs. It forces you and your pals to face the unthinkable: surviving in a planet overrun by massive and frightening dinosaurs.

In this Jurassic-era world, you can establish tribes with other gamer and friends and work together to build survival colonies. 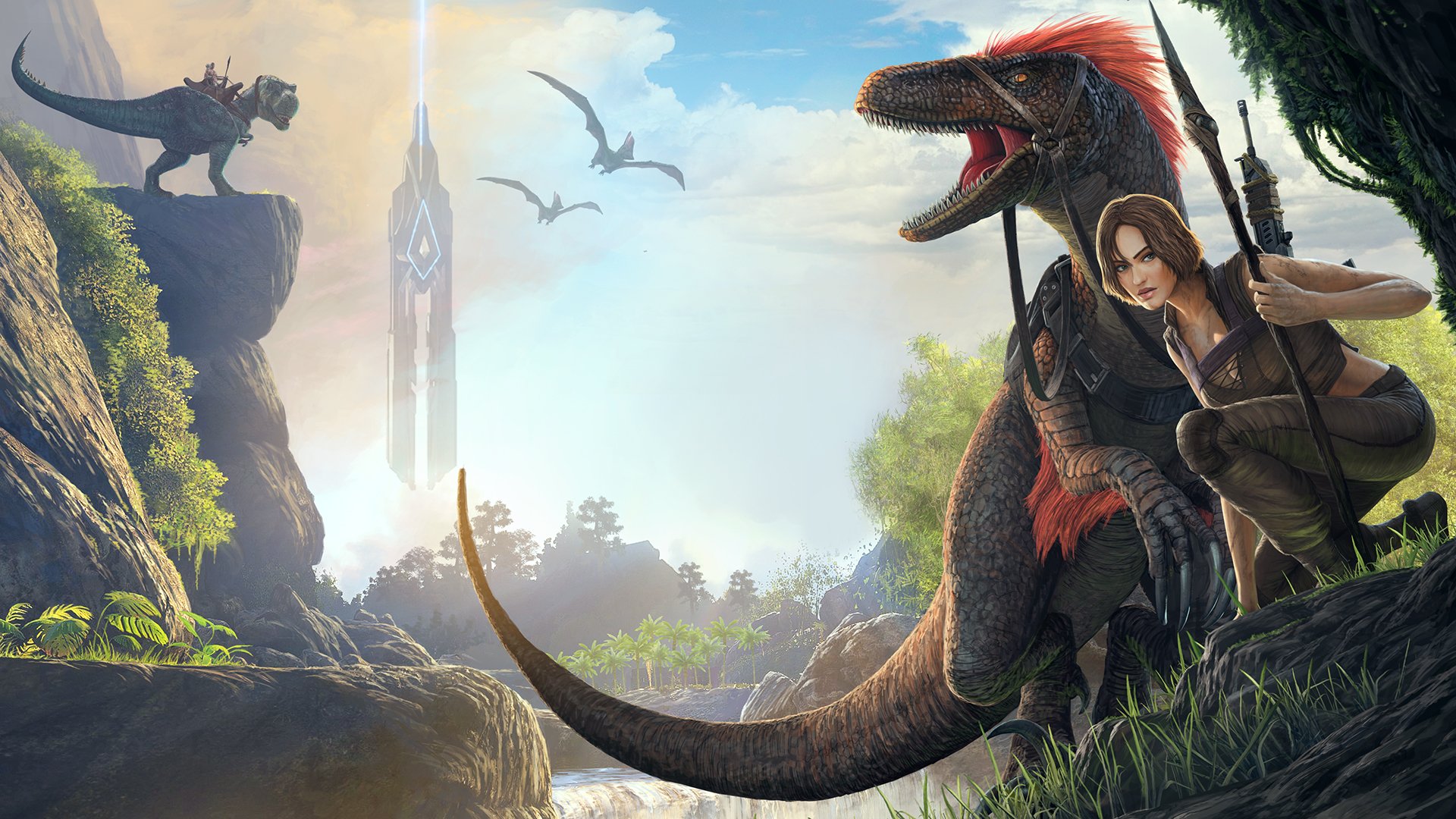 Pocket Legends is an online multiplayer three-dimensional role-playing game. Each character has their own distinctive look. Meet players from all over the world on wild adventures through spooky dungeons, icy mountainsides, and sultry swamps.

As you master each of the five legendary character classes, play with your friends and make new ones. 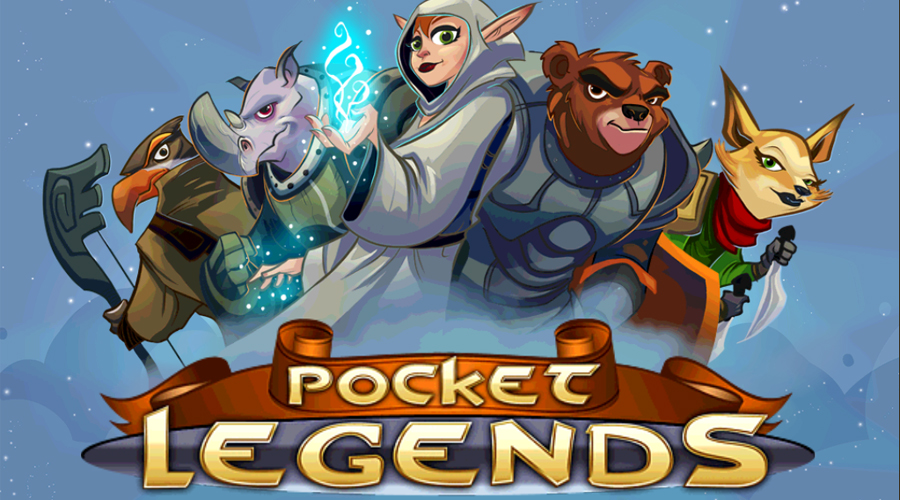 If you enjoy the ancient world, this game is for you. You can construct medieval strongholds and conquer new lands with the help of Viking allied forces. Shape the landscape, construct enormous cities, and recruit and train a formidable army. 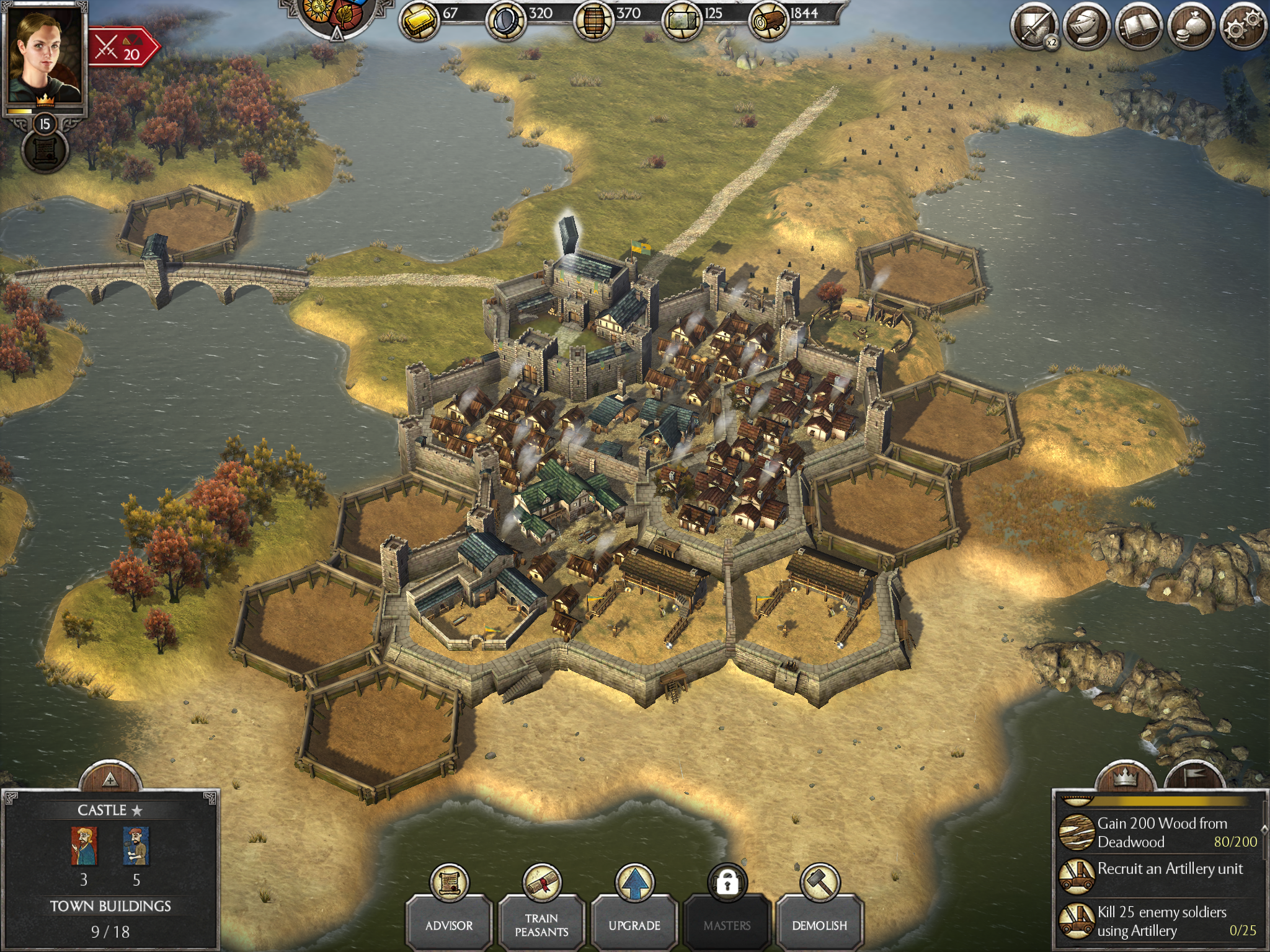 In spectacular real-time battles, defeat rival lords and other gamer. Ascend to the throne of a powerful stronghold, manage your economy, and dominate your people. Join forces with Vikings to explore new areas and broaden your influence. Make history by becoming a legendary medieval ruler.

Ludo is a game that we all played as kids. This online Ludo, on the other hand, is fantastic. Ludo King is a traditional board game that is enjoyed by friends and family. Play the dice game of kings! Reminisce about your childhood! 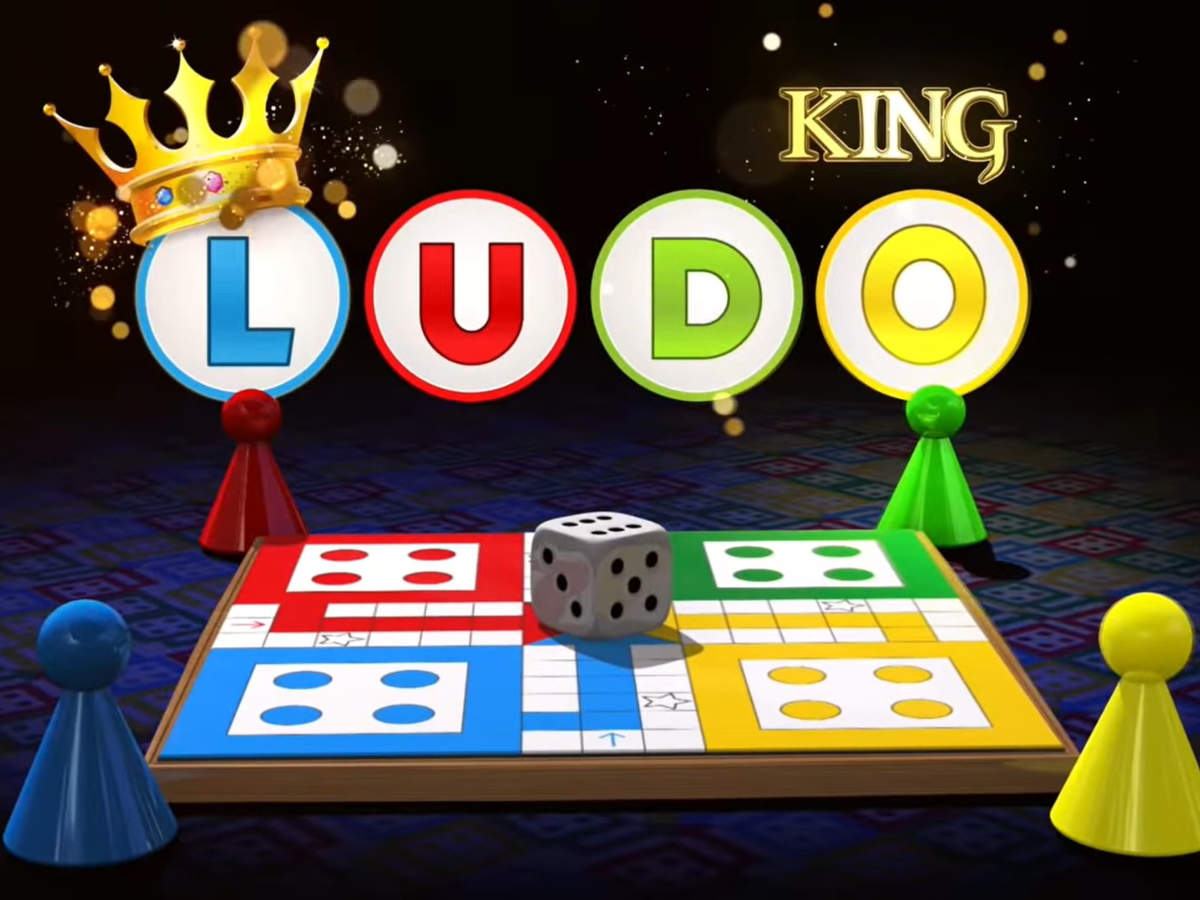 Ludo King is a cross platform multiplayer game that can be played on a desktop, Android, iOS, and Windows mobile device at the same time. This game also has an offline option that allows players to play against the computer or in local multiplayer.

Ingress gives you the opportunity to change your world. The future is on the line. Make a choice. You hold the key to the fate of this universe, as well as maybe others. The discovery of Exotic Matter (XM), an unidentified material, has prompted a secret conflict between two Factions. 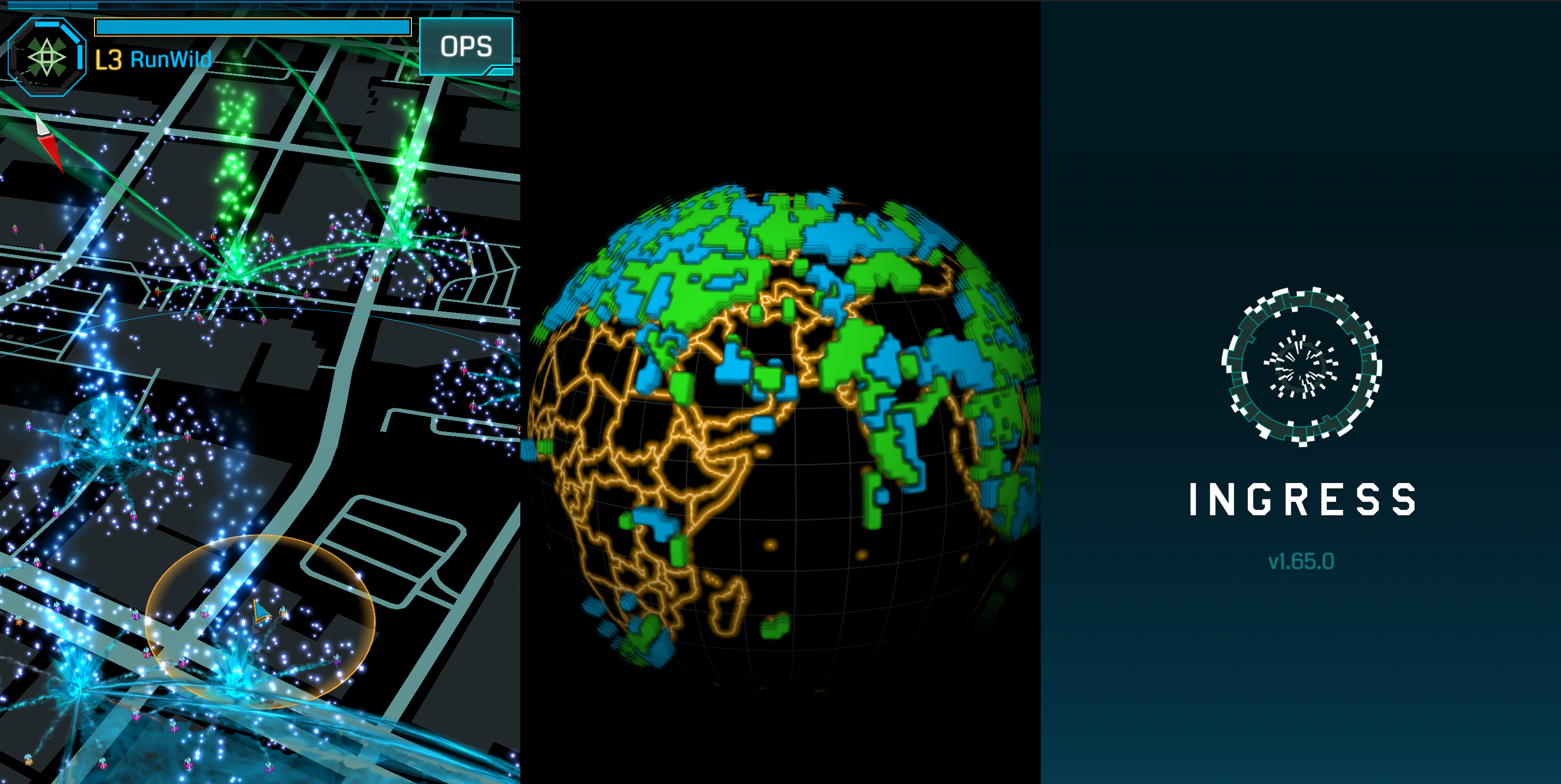 The Ingress Scanner has been entirely altered by cutting-edge XM technologies, and it is now ready for you to join the fight. Collaborate and strategize with other Agents in your area and throughout the world. 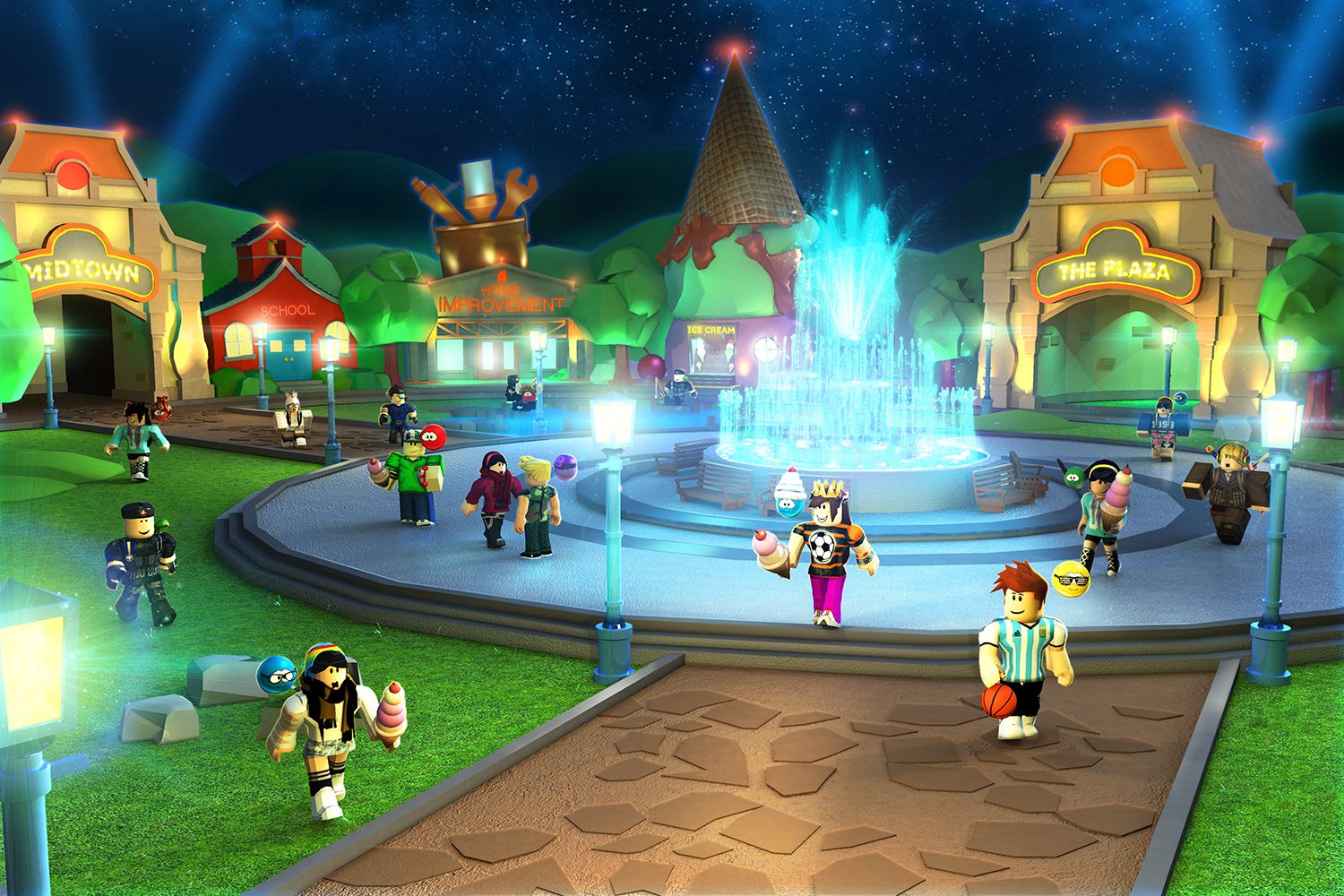 Join millions of others in exploring a vast array of virtual environments developed by a global community! Roblox is, in general, a collection of multiplayer games made by players itself.

Badland is a multi-award-winning atmospheric side-scrolling action adventure game situated in a beautiful forest with a variety of inhabitants, trees, and flowers. Despite the fact that the woodland appears to be straight out of a gorgeous fairy tale, something is really amiss. 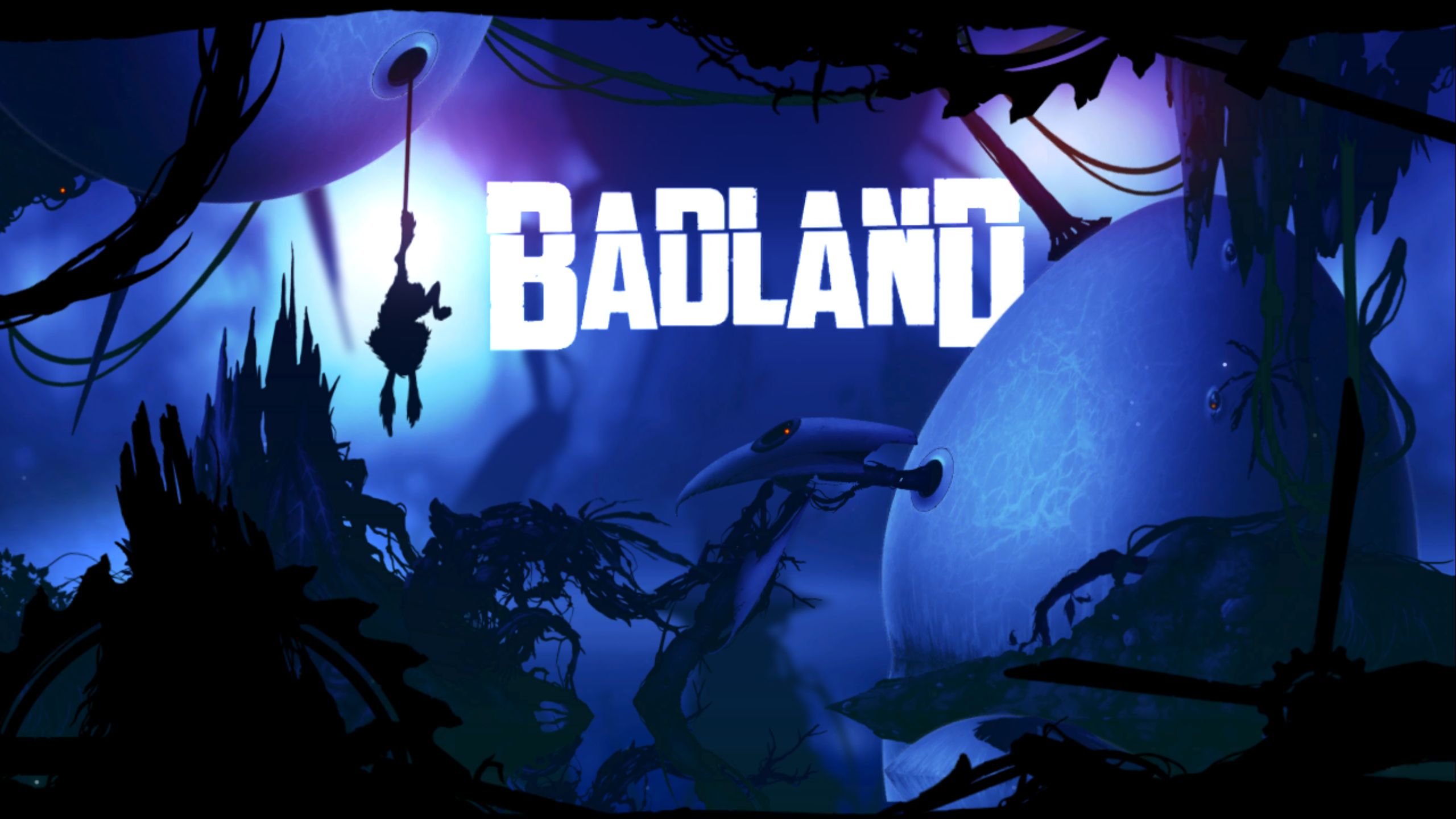 The player takes control of one of the forest residents to figure out what’s going on, and along the journey, they encounter an incredible variety of inventive traps and hurdles.

You will encounter a genuinely MMO shooter for your mobile device. A chance to become a part of a global community of millions of gamer. Pilot a vehicle in your first large tank combat, fight in a 7×7 format, and win.

In this online tank shooter game, check out the incredible diversity of vehicles, maps, modes, and viable strategies. 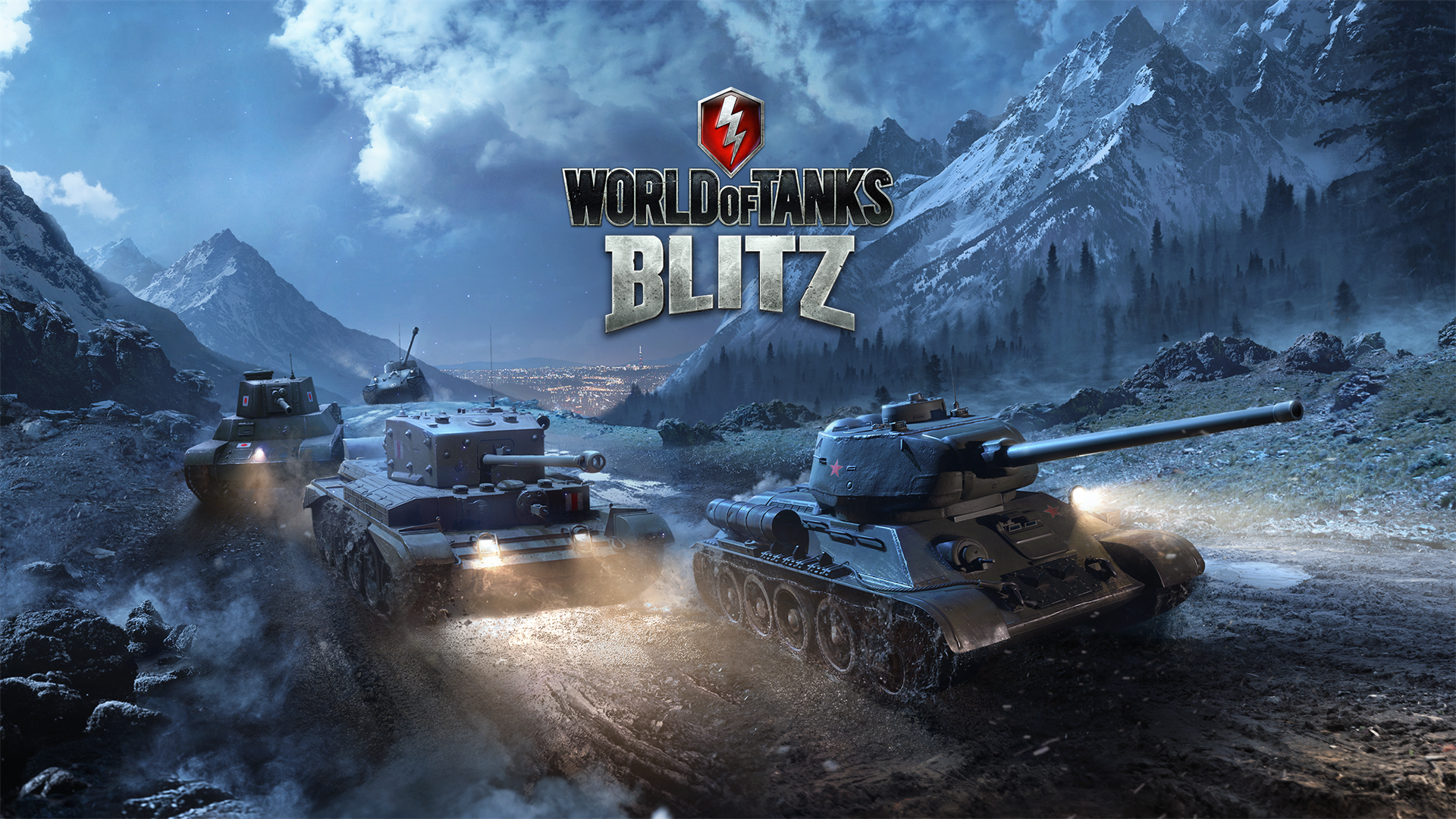 Vendetta Online is a space-themed MMORPG that is free to play, graphically intensive, and cross-platform. In a huge, persistent online galaxy, players assume the role of spacecraft pilot. 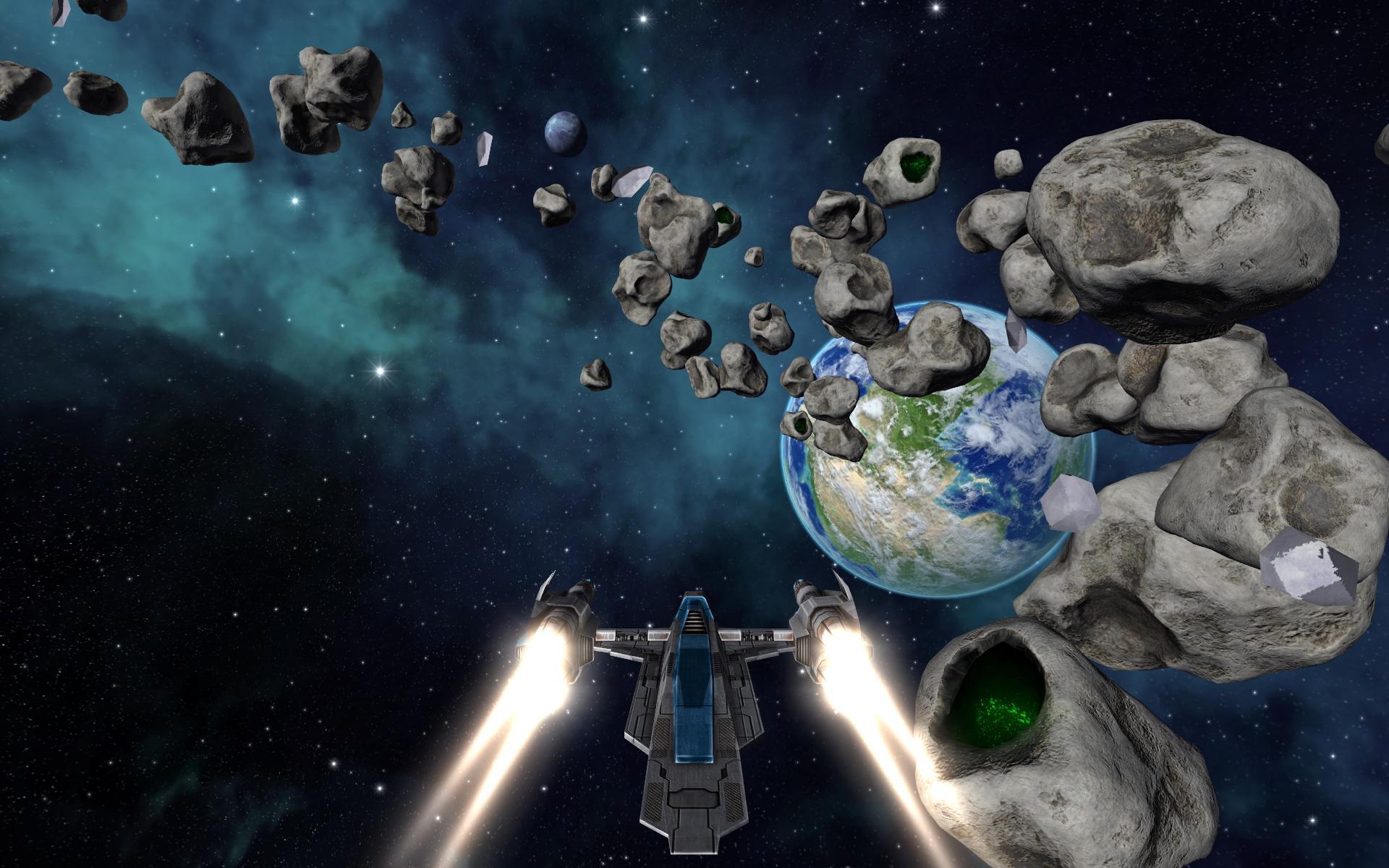 Traders who dare to follow ways through lawless space to develop an empire, or pirate traders who dare to pursue routes via uncontrolled space. To push back the mysterious Hive, fight other players, or work together with allies.

So there you have it, a few of the best cross-platform games you can play with your pals without feeling left out. You can check out these games and tell us which ones are your favorites in the comments section below.