6G Network: What is it, When will it be Available, and How Fast will it be?

The world is still migrating to 5G networks while the communications and network technology experts have already started working on 6G. Many major names in the industry including Ericsson, Nokia, Huawei, and others have started full-fledged research and development for the next generation of mobile communications networks. 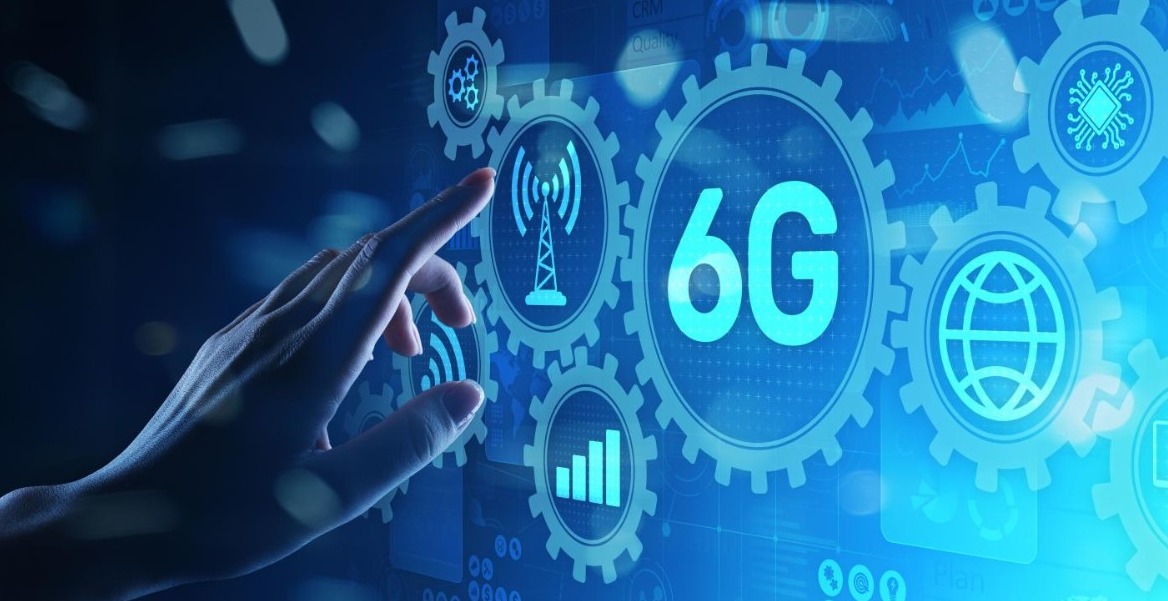 When 5G arrived, there were tons of promises and expectations that appeared too revolutionary. However, the reality disappointed us a bit. Now, the focus has shifted to the next generation which is tentatively called 6G.

What is the 6G Network?

6G is the sixth generation of the wireless network in telecommunications which is the supposed successor to 5G. It is currently under development where major technology firms like Nokia, Ericsson, etc, and many countries including Japan, China, India, and Singapore are working on it.

6G is expected to be significantly faster than 5G and will be able to use higher frequencies with much lower latency. One of the key goals that 6G would achieve is to support one-microsecond latency communication. 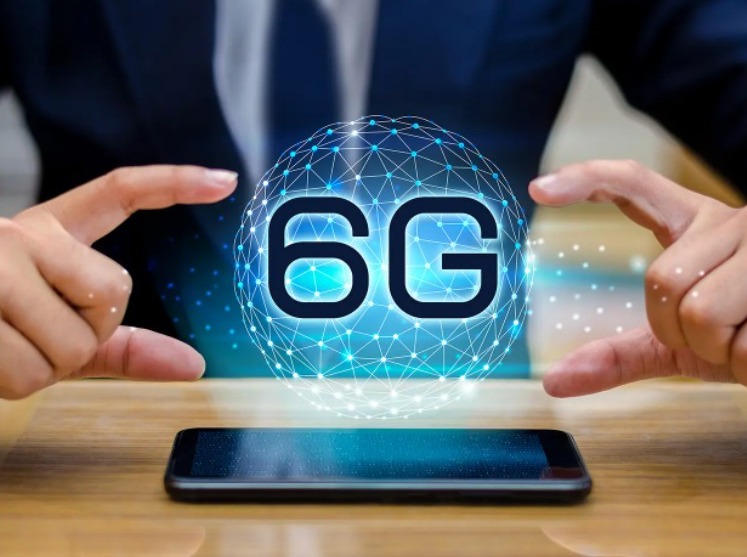 The expectations are very high for the next generation of the wireless network, just like when 5G wasn’t available. It is hoped to likely support applications beyond current mobile use scenarios like AR/VR, IoT, Metaverse, etc.

How will the 6G Network work?

6G network will potentially utilize different frequencies on a select basis to measure absorption and make adjustments accordingly. This is possible when atoms and molecules emit and absorb electromagnetic radiation at characteristic frequencies, and the emission and absorption frequencies are standard regardless of the substance.

Scientists from the Nanyang Technological University (NTU) in Singapore and Osaka University in Japan had created a chip for terahertz (THz) waves in 2020. It is expected that 6G wireless sensing may use these chips. 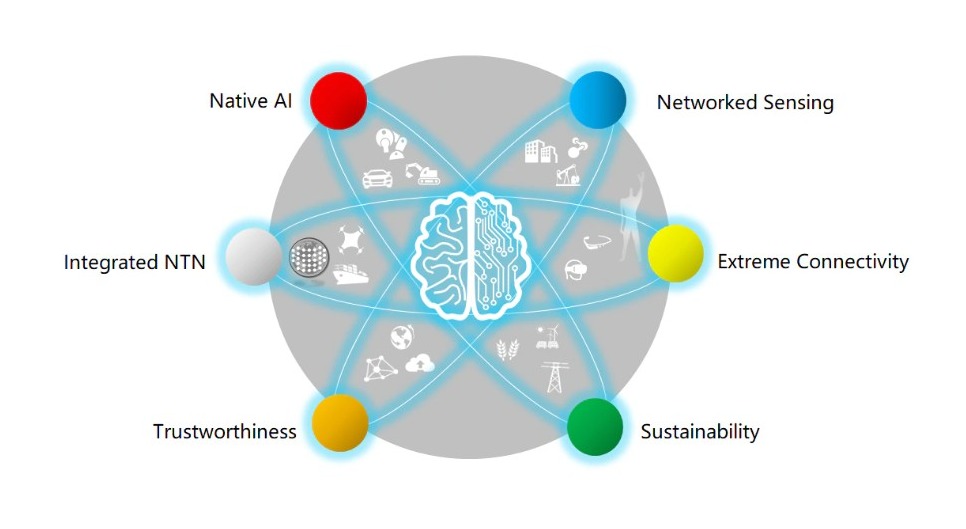 In January 2022, Purple Mountain Laboratories of China claimed that its research team has accomplished a world record of 206.25 Gbps data rate for the first time in a lab environment within the THz band.

We also expect that the mobile network operators will adopt a flexible decentralized business model for 6G. It will be based on local spectrum licensing, spectrum sharing, infrastructure sharing, and intelligent management via automation using AI, short-packet communication, mobile edge computing, and blockchain technology.

The functionalities and features that 6G will offer are available on whitepapers. Various technology companies have proposed some insane ideas that seem to come directly from a superhit science fiction movie.

Although these sci-fi-inspired proposals may not come true as we have already experienced with the current generation of wireless networks. It is worth having a look at them.

The Internet of Senses with Smellovision

Ericsson is one of the pioneer companies in wireless technology for years. It has proposed a revolutionary idea called Smellovision which is described as the Internet of Senses. This technology would let you smell, or even taste what you are seeing inside your VR Glasses.

The Internet of Senses will allow you to see, hear, and even smell, touch, and use your mind to control the elements of your digital experience. It’d be surreal if this idea eventually happens to be true. 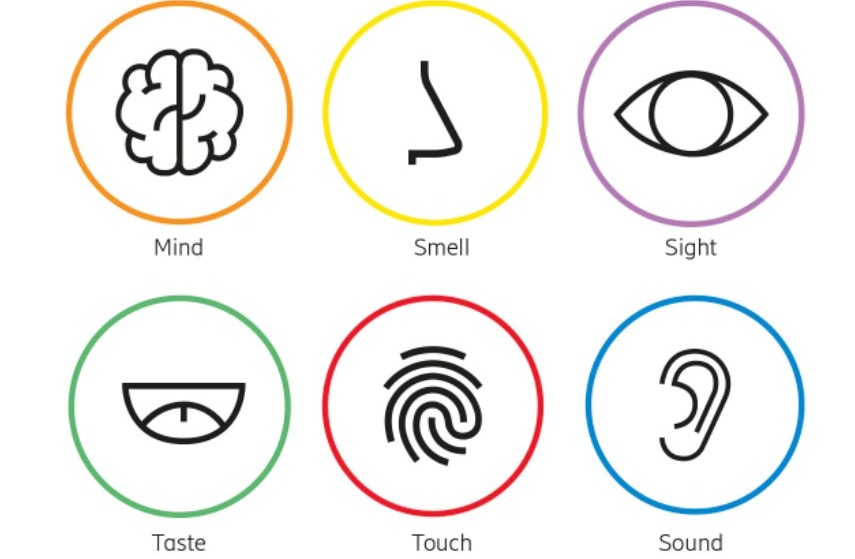 NGMN, which is a trade group made of companies including Apple, Google, Intel, and Qualcomm has presented a use case study for 6G. The two key takes from the study are labeled “Enhanced Human Communication” and “Enhanced Machine Communication.”

While 5G promises to facilitate a 🌎 of near-constant interaction btw humans and machines, "6G would help build a digital 🌎 that mirrors real life, allowing computer models to control and predict even more daily events."

This means you might be having telecom implants allowing you to control your RoboVac (Robot Vacuum) using only your mind. You may also hire an AI assistant that will control all the appliances to complete daily household chores and you can simply spend your time resting.

Huawei believes 6G will bring physical and cyber worlds together creating a paradigm shiting living style in Metaverse. It would use eMBB+ which is the continuous evolution of enhanced mobile broadband (eMBB) for human-centric communications uses.

However, eMBB+ will require much higher peak data rates, user-experience data rates, low E2E latency, and large system capacity. Its uses would help flourish every industry including Health, Education, Entertainment, and others. 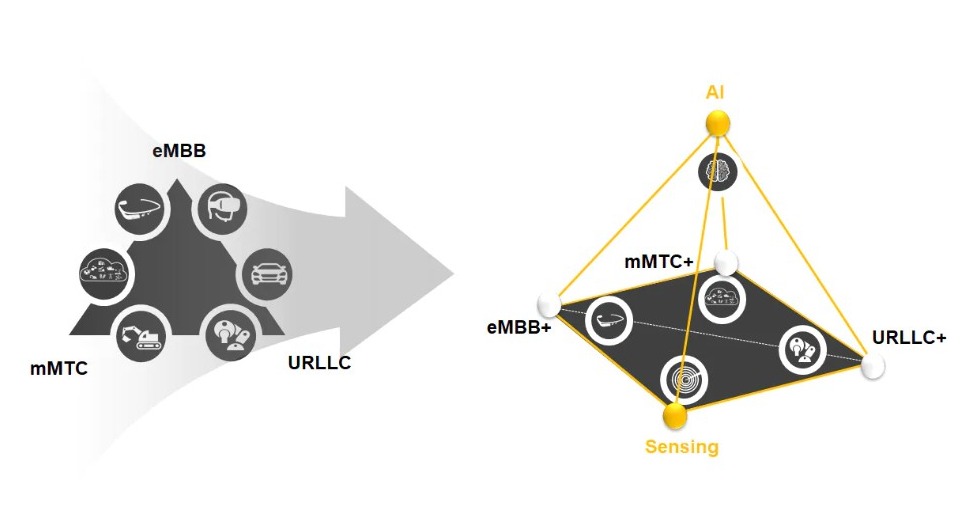 Compatibility between All Devices with mMTC+

6G will move forward on the route created by 5G to make connectivity between all sorts of devices compatible. It will use mMTC+ which is the continuous evolution of a massive machine type of communication (mMTC).

It is characterized by a large number of lightly connective devices featuring a wider variety of devices, new HMIs, a higher density of connections, and native trustworthiness. This would lead to the future of smart cities, smart healthcare, buildings, agriculture, and manufacturing automation.

This one is more of a realistic approach than other ideas on the list of features for 6G technology. It is expected that 6G will have big involvement for many governments and industry approaches for public safety and the protection of critical assets protection. 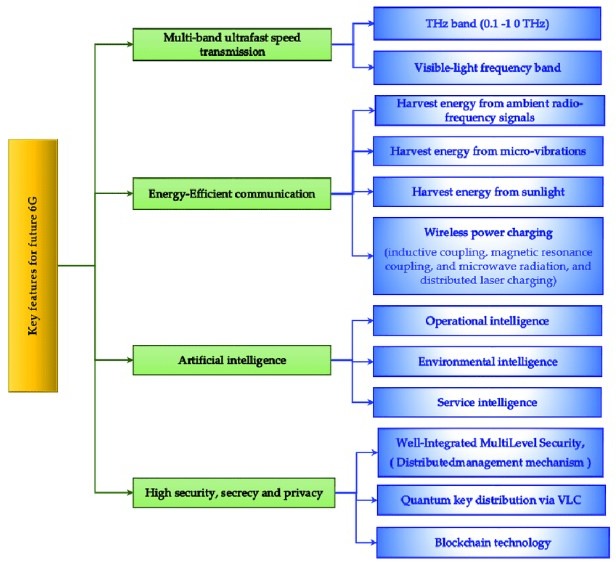 Work on these is already under development and any improvements will benefit every sector of society. The 6G network would lead the way.

How fast will be the 6G Network?

The initial estimates suggest that 6G will be around 100 times faster than 5G. However, we don’t the exact speed yet. The International Telecommunications Union (ITU) will define the final standard speed of the 6G wireless network.

It has recently announced the standards for 5G referred to as IMT-2020 after more than eight years of its development. The organization might take some time as 6G is only in the early stages of development yet. In 2019, the ITU talked about a hybrid or upgraded 5G network for IMT-2030 instead of an entirely new network that we expect to be 6G.

A glimpse of #6G things to come: A team from Osaka University and Nanyang Technological University in Singapore was able to transmit data at a rate of 11 gig per second, topping #5G ’s theoretical maximum speed of 10 gig per second, via @singularityhub https://t.co/Irsl8HP52a

As previously mentioned, the Purple Mountain Laboratories of China had achieved a record-creating 206.25 GB/second data rate in a lab test environment.

Dr. Mahyas Shirvanimoghaddam from the University of Sydney has claimed that 6G could deliver breathtaking speeds of 1 TeraByte (TB) per second or around 8,000 GB per second. If it appears to be true, you’d finally be able to download the complete Netflix library.

6G vs 5G: Comparing the Two Generations of Network

6G is the expected of the current-latest wireless network 5G. The upcoming generation of networks may have some revolutionary specs and features to revolutionize how the world works while also advancing on the path set by 5G.

6G will potentially support data rates of up to 1 Terabyte per second while 5G is only capable of a peak data rate of 20 Gigabits per second.

The next-generation 6G technology will also have access points available to serve multiple clients simultaneously through orthogonal frequency-division multiple access. This would significantly increase the level of capacity and lower latency to offer an enhanced performance of applications as compared to 5G. 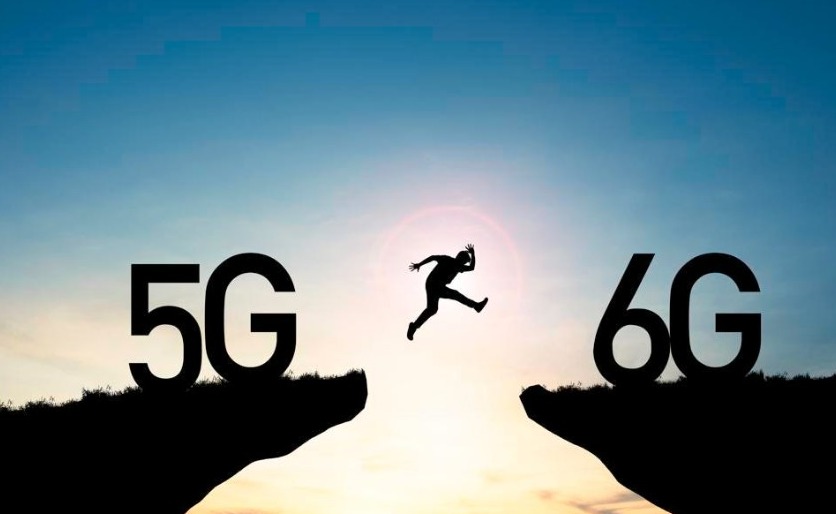 6G will also have an expansive set of features to support innovative applications in wireless connectivity, Internet of Senses, Internet of Things (IoT), cognition, sensing, imaging, and Metaverse.

The MEC (Mobile Edge Computing) will be built into all 6G networks. However, it isn’t available on existing 5G networks by default. This allows more seamless core computing for many potential advantages.

When will the 6G Network be Available?

It is hard to guess when 6G will be available at this time but the experts believe we’ll have the first prototype sometime around 2030. There are also rumors that Japan is already working on a prototype and may launch it sooner than other nations.

The commercial launch will 6G will still take place in the next decade. Recently, China has launched a 6G test satellite equipped with the THz system. There are also reports that Huawei Technologies and China Global are planning to launch a similar 6G satellite soon.

The research and development (R&D) started back in 2020, and we are still in the early stages of development. The research is underway and the inventors are yet to find a major breakthrough.

Who is working on it?

Several nations including Japan, China, India, Singapore, Australia, the USA, the UK, and Russia are working on the research and development for 6G while many major technology companies are also working on the same.

In March 2020, the wireless industry experts met at the first major 6G gathering in Finland. The meeting led to the launch of the 6Genesis Flagship Program. It will be an eight-year project with a budget of $230 million to develop, implement and test the key technologies essential for 6G.

The Alliance for Telecommunications Industry Solutions (ATIS) launched a “Next G Alliance” in 2020. It consists of AT&T, Ericsson, Telus, Verizon, T-Mobile, Microsoft, Samsung, and others to “advance North American mobile technology leadership in 6G and beyond over the next decade.”

Other than these, Keysight which is a California-based test and measurement equipment manufacturer is also working on a 6G program. This company builds the tools that the rest of the wireless industry needs to analyze and test its groundbreaking technologies.

There are a lot of concerns regarding the safety of the 6G network as people keep worrying that 5G isn’t safer for the environment as well as people’s health. However, 5G is fairly safe due to emitting non-ionizing radiation. 6G will also likely use the same type of radiation.

TV, radio, and wireless networks also use these RFs (Radio Frequencies). The regulatory agencies have been studying them for decades and didn’t find them harmful. Additionally, 6G will introduce new additional layers of security.

Therefore, 6G will be safe and won’t cause any major issues upon wide usage. More details will be available once the first prototypes are available.

With 5G still in the initial deployment phase, do we really need 6G? Share your thoughts and opinions in the comments section.