As soon as new music is downloaded to the phone’s storage, a good local music listening application is necessary. A good Music Player has an easy user interface with a navigable menu structure. A built-in tag editor and Android Auto are some other necessary features. Bluetooth playback and Google Cast connectivity are other nice-to-have features.

If you also need a good music player for your songs, you are at the right place. In this article, we’ll discuss the Top 10 Best Music Player for Android.

Music is a go-to place for many people around the world. With the demise of Google Play Music, we need a good music player for our Android. So, we have made a list of some of the best music players for android. Let’ have a look at them. 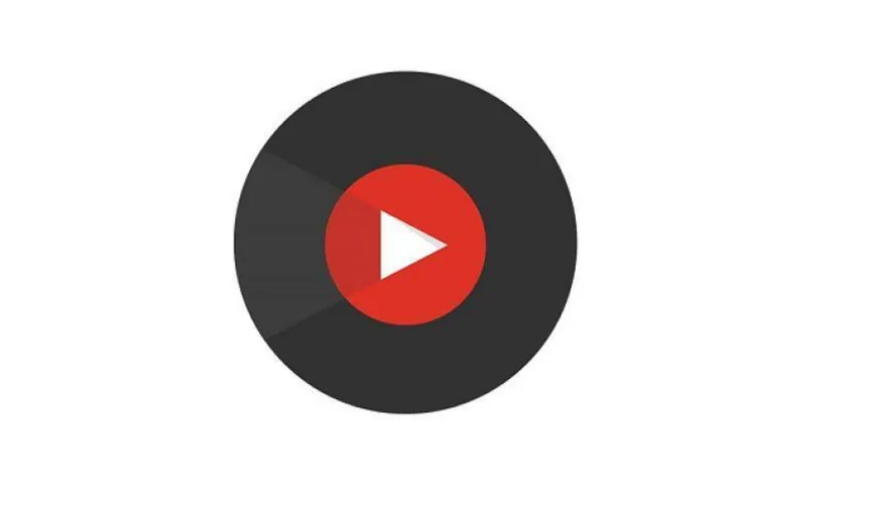 The only reason you don’t listen to music on YouTube is because of the data consumption it has. And for that reason, the tech giant has come up with the audio-only version of it known as YouTube Music. With the best algorithm of suggestions, YouTube Music is first on our list.

It offers many features such as playback music, high-quality music, and a huge music library. The best feature of all is the ad-free music you get. But for that, you have to spend $9.99 per month to buy a subscription to this app. You can easily listen to your album on both phone and PC if you share a common google account.

In our opinion, Spotify is the finest music streaming service out there right now, and there are several reasons for that. It’s difficult to keep coming up with new compliments for Spotify since there are so many. This is the only app you’ll need if you want to listen to music from all around the world as well as play music stored on your phone.

Free and premium versions of Spotify contain a lot of features, as well as handy stuff like an enormous library, great suggestions based on what you listen to and what’s popular in your region, and support for podcasts, which is a feature that only a few music streaming applications have built-in. 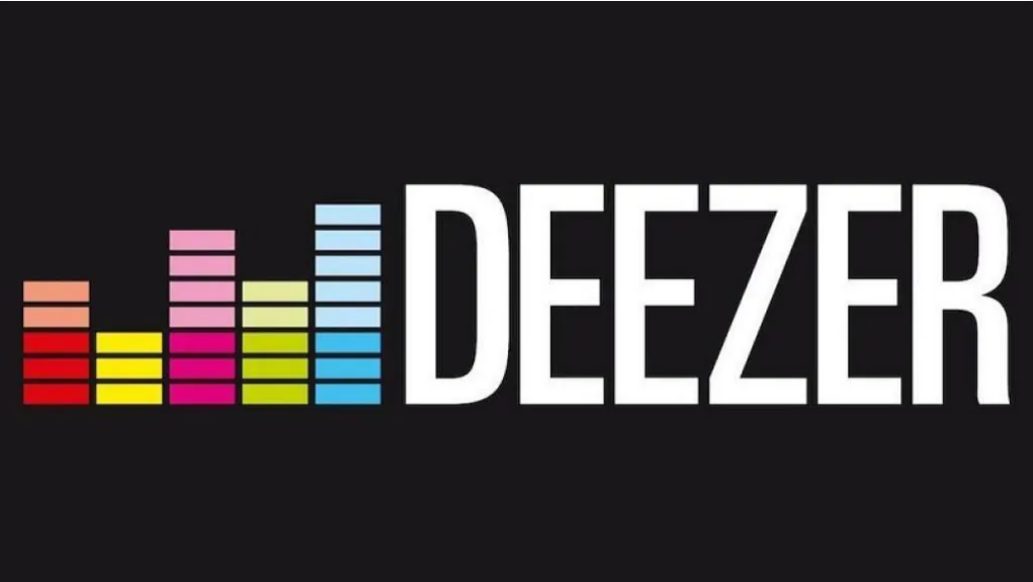 If you’re not a fan of Spotify, Deezer, a well-known alternative to larger programs like Apple Music and YouTube Music, could be a better fit. When music comes to functionality, Deezer and Spotify are extremely comparable.

The Premium edition of Deezer offers more features, while the free version is financed by ads. Both have a lot to offer in terms of downloads, suggestions, and a large music and podcast collection choose from. 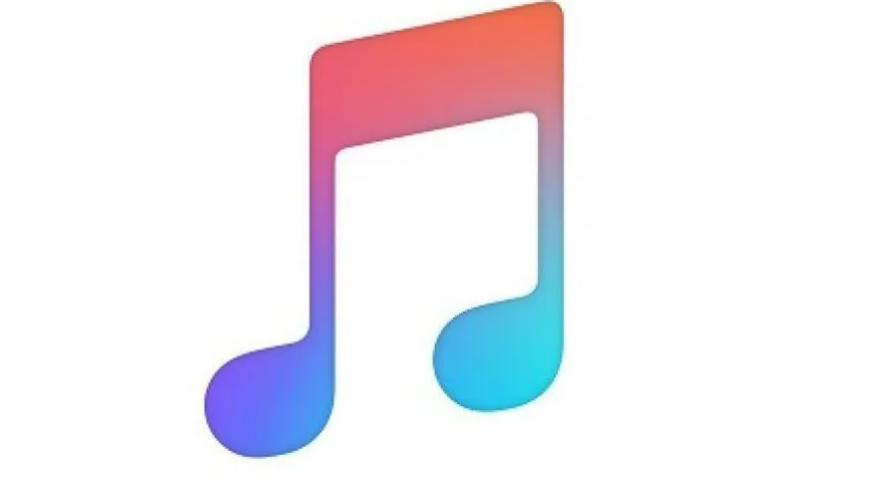 Apple Music is no longer exclusive to iOS users. Even Android supporters will agree that Apple Music is a pretty good streaming service out there.

Beats One, your music playlists, and all of Apple’s 70 million songs are all at your fingertips. There are a lot of people who prefer to stick with Apple, but it’s nice to have the option of using it on an Android phone.

There is a three-month free trial period for Apple Music subscriptions, after which you have to pay $9.99 per month. 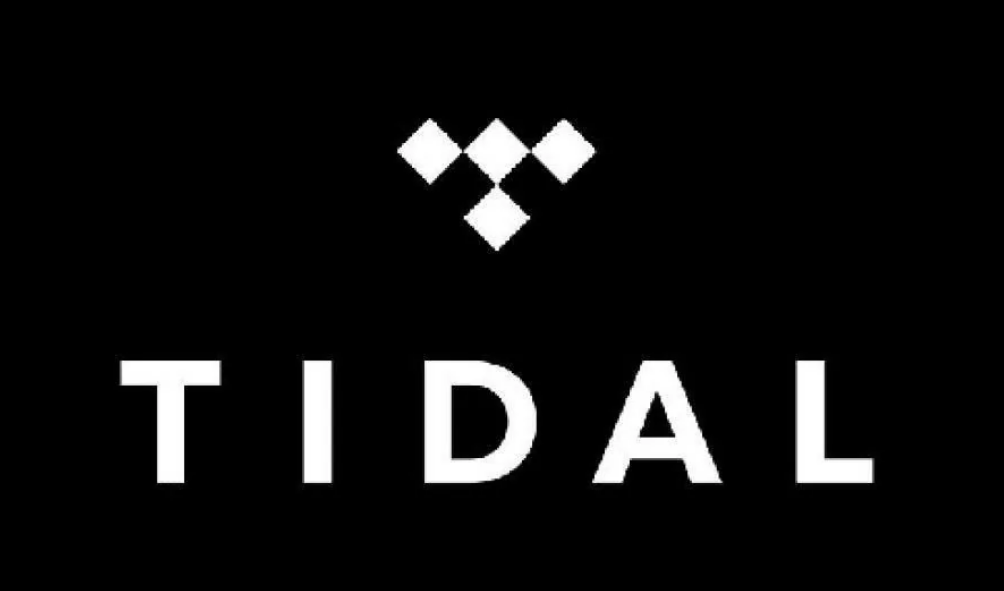 Tidal is another one of the best music players for your Android. The best feature of this music player is to stream high-quality music to its users. It can stream music on 320kbps AAC or lossless FLAC audio. Sounding very technical? In short, it feels amazing to listen.

The music player offers a whooping 70 Million songs library to listen to. It also offers 250,000 ad-free music videos. So, if you are searching for a music player like this, you can download this one from the link provided.

If you appreciate the concept of utilizing a local music player that’s focused on open source, Music Player Go is something you can try. The app is powered by Kotlin, and because it’s continuously updated by the developer, Music Player Go plays well with Android 10 and 11’s scoped storage.

You can download the app from the play store, the link is provided above. Music Player Go has all the music playing features you need in local playback software, including simple queue management, a favorites list, and accurate volume control that’s distinct from the device settings.

Musixmatch is the next player on our list. Not only can you use Musixmatch as a stand-alone music player to playback your locally downloaded files, but it can also enhance the functionality of other apps, such as Spotify.

If you use any other music player, this app will work as live lyrics. You may listen to music you’ve downloaded locally and get the lyrics to the songs you’re listening to right away. 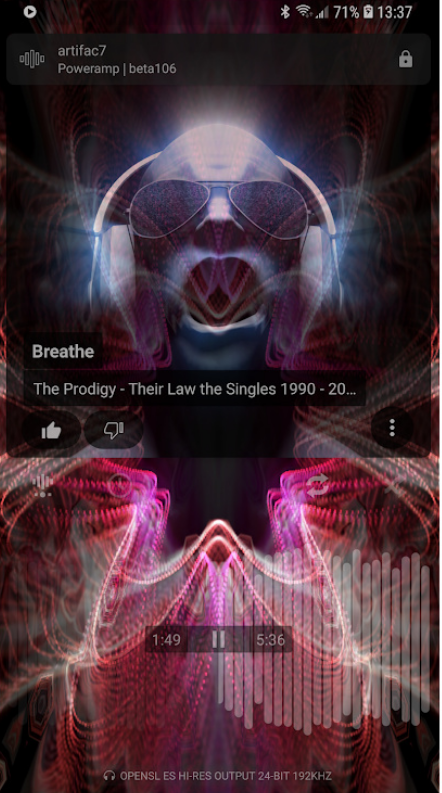 If you have a gigantic collection of music and just need a local music player to play it, you can use this app. New features are constantly being added to the app. This app can be downloaded from the play store. Even though the Poweramp app is free to download, you’ll undoubtedly want to subscribe for $5.49 to unlock all of its functions.

There are several advantages to the Poweramp Music Player, including the fact that it can play music in all of the most common formats, such as MP3, Ogg, WMA/ WAV/ WAV/ APE/ WMV/ MPC/ AIFF. 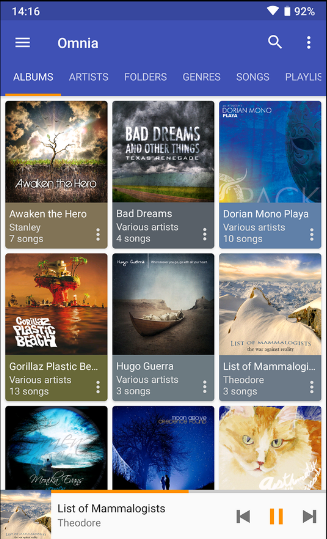 This app may look plain from the outside but is loaded with a ton of features inside. It majorly acts as a playback player but has other features too. Omnia is as good as Poweramp in terms of features.

It offers a ton of features such as lossless audio support, smart suggestions of the playlist, and playback support. It offers a minimalistic design with a ton of features. You can also pay for the full version of this player for $2.99 to get more themes. 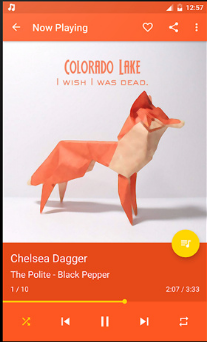 The shuttle is another top-class music player which can play back music if you have a good collection of music on your phone. Without any hassle of lagging or the internet, you can play music of good quality.

Folder browsing, MP3 tag editing, and the use of Material Design are all included in this app. It’s one of the greatest music players on Android since it keeps things simple and clear.

These are the best music player for android you can easily find on Playstore. For a good player, it must be user-friendly. Keeping that in mind, we have made the list. Hope you enjoyed the article.