Vanessa Hudgens is in true Halloween spirit as the 33-year-old actress transforms into a “terrifying witch” for her role in Eli Roth’s ‘Haunted House Trick-VR-Treat’, which is a  half-an-hour virtual experience project for META. In her new Instagram video, you can see Vanessa in intense prosthetics, which reaped some “terrifying” results. 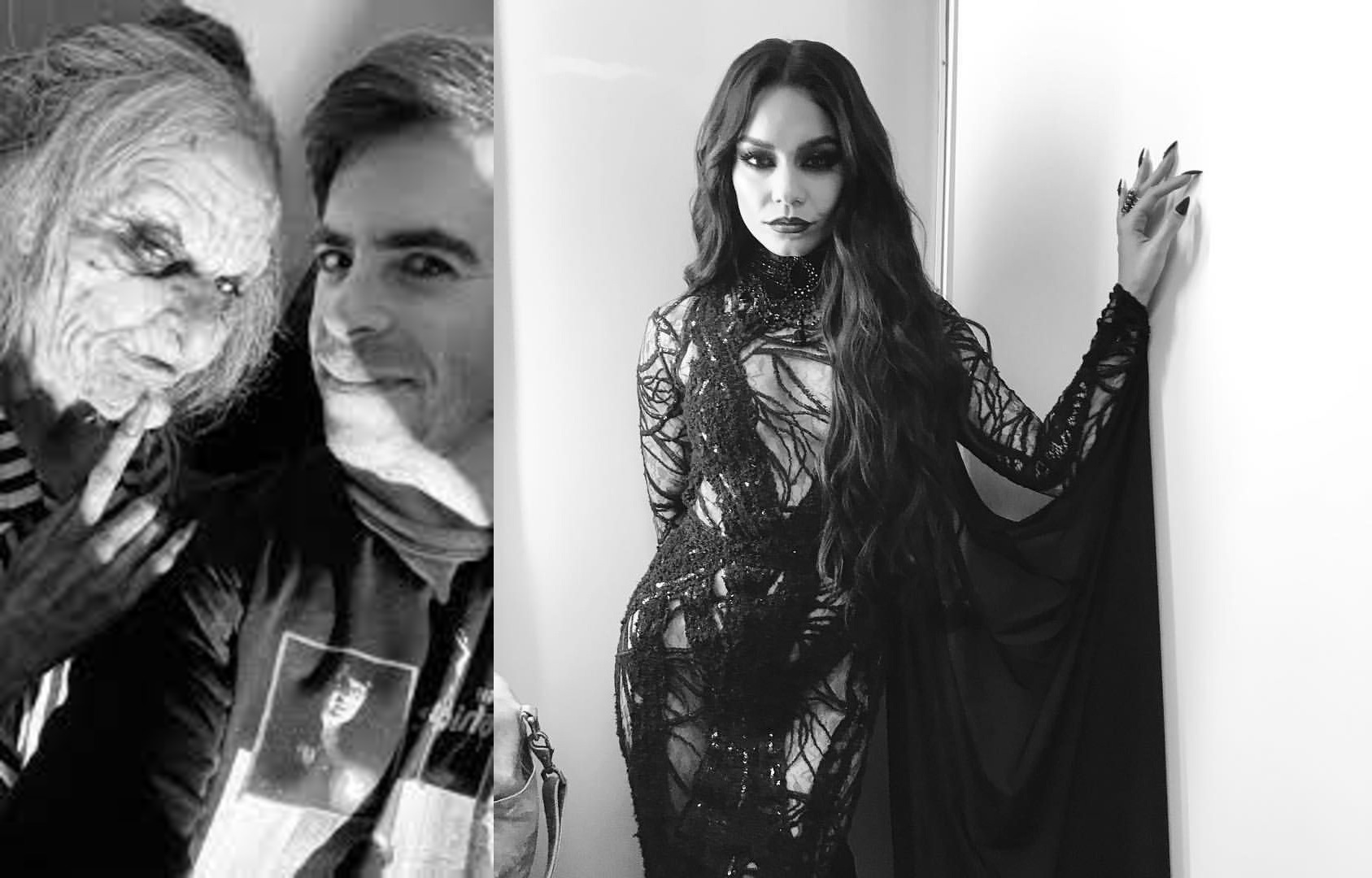 An Early Halloween For Hudgens…

Vanessa Hudgens took to Instagram and shared how she transformed into a “terrifying witch” for a new virtual-reality project for META. The talented person behind her look, Eli Roth, has prepared a 30-minute virtual-reality experience titled, Haunted House: Trick-VR-Treat and Vanessa are just killing the scary look.

Vanessa, known for portraying Gabriella Montez in the ‘High School Musical’ film series, shared the video on Instagram and wrote: “Oh the transformation 😈🖤only my friend @realeliroth would make me look this good👻 @meta Horizon Worlds, 10/21 @ 9 am PST LINK IN BIOOOO.” In the video, Hudgens can be seen sitting in a chair as Eli Roth’s professional crew covers her up with intense prosthetics to bring out the scary witch look in the best way.

In the latter part of the video, Vanessa can be seen walking up to the camera with a spooky appearance and waves. Eli Roth’s Haunted House: Trick-VR-Treat is set to release on Oct. 21st. Vanessa also shared some black-and-white pictures of her “terrifying witch” look on Instagram.

Her video has received more than 158K likes. Monique Coleman was one of the first celebrities to comment, and wrote: “Holy Wow”. Vinessa Shaw wrote, “Girl! 😍 Your fave time of year!!! 👏” Eli Roth, the man behind this terrifying transformation, commented: “Honestly I love this look so much, it really suits you 🎃💀😍🎬🔪.” And why not, she is scaring us all in bright daylight.

A True Love For Halloween… If you aren’t aware, Vanessa Hudgens loves Halloween and takes her costume game very seriously. Well, October is the time when Vanessa serves as a real inspiration for our Halloween parties. The 33-year-old actress is known for sharing several scary and sexy costumes every October. 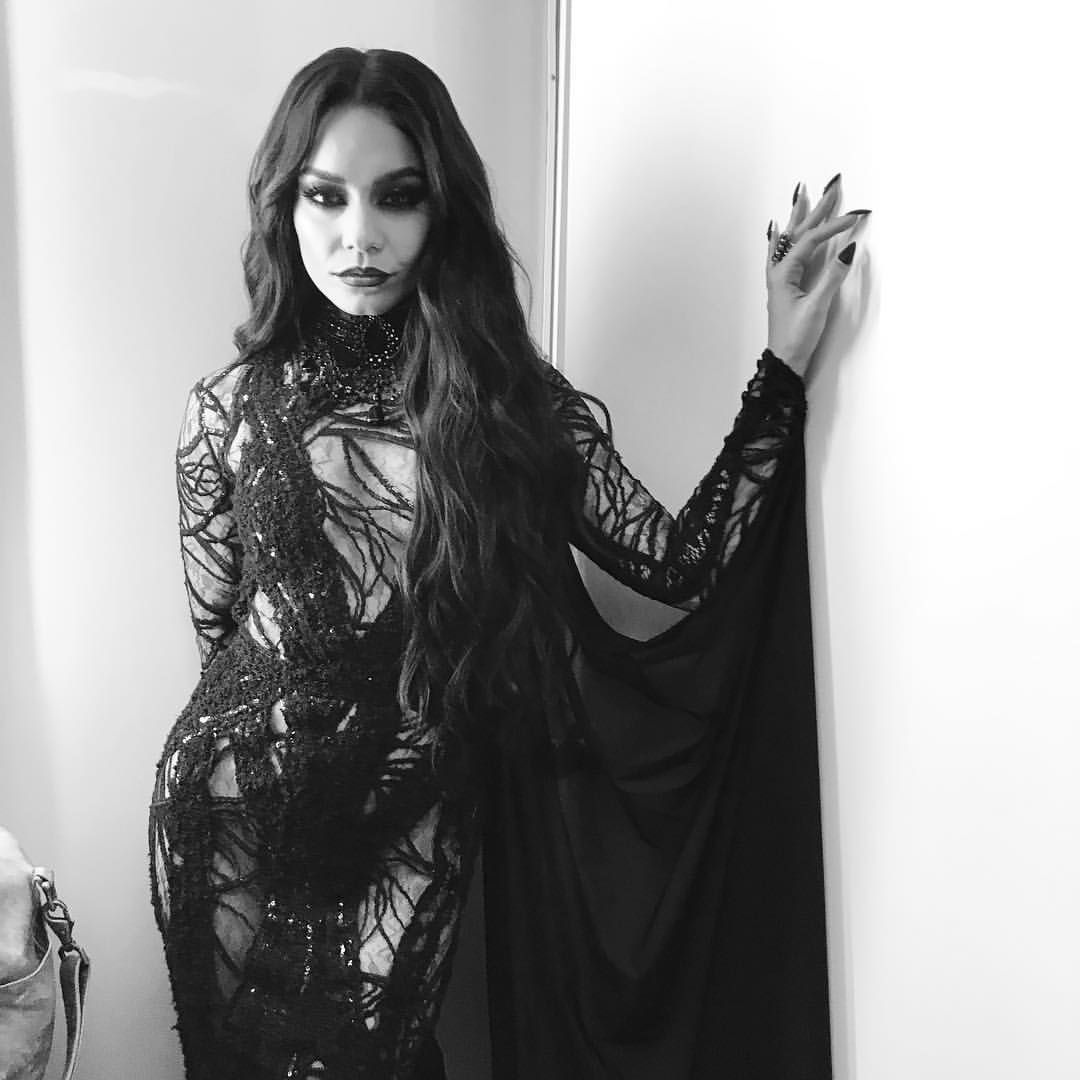 Some of her famous Halloween costumes include a wolf costume, a fairy costume and a teenage witch, and she pulled all of them too well. Apart from this recent look, Vanessa also shared some black-and-white photos, dressed as a sexy witch. She was seen wearing black lingerie along with a black veil atop her head and matching gloves. Well, it’s October and there’s much to expect from the beauty.

Vanessa Can Talk To Ghosts… It is no surprise that Halloween is her favourite time of the year. In a previous appearance on “The Kelly Clarkson Show”, the 33-year-old actress revealed her strange gift. Yea, the High School Musical film series star claims that she can talk to ghosts.

She narrated, “I have accepted the fact that I see things and I hear things.” Hudgens also revealed that she had a lot of paranormal experiences during her childhood. She could see one of her toys moving on its own when she was eight.

Vanessa didn’t stop here! She narrated how she can see and hear ghosts. Vanessa said, “I kind of shut it down for a while because it’s scary, the unknown is scary. But I recently was like, no, this is a gift and something that I can do, so I’m going to lean into it.”  Yea, Vanessa has accepted that it’s a gift rather than a curse.” Well, she’s presently giving us a lot of “witches are real” vibes. Isn’t it?