American rapper Trippie Redd, whose real name is Michael Lamar White II, has got a new look. In a recent tweet, the 23-year-old rapper revealed his trippy dreadlocks and yea, his hair is back to black. The background gave viewers some dark vibes as he wrote on Twitter: “Please Come Back In My Arms”. Critics, however, asked him to stop copying Playboi Carti. 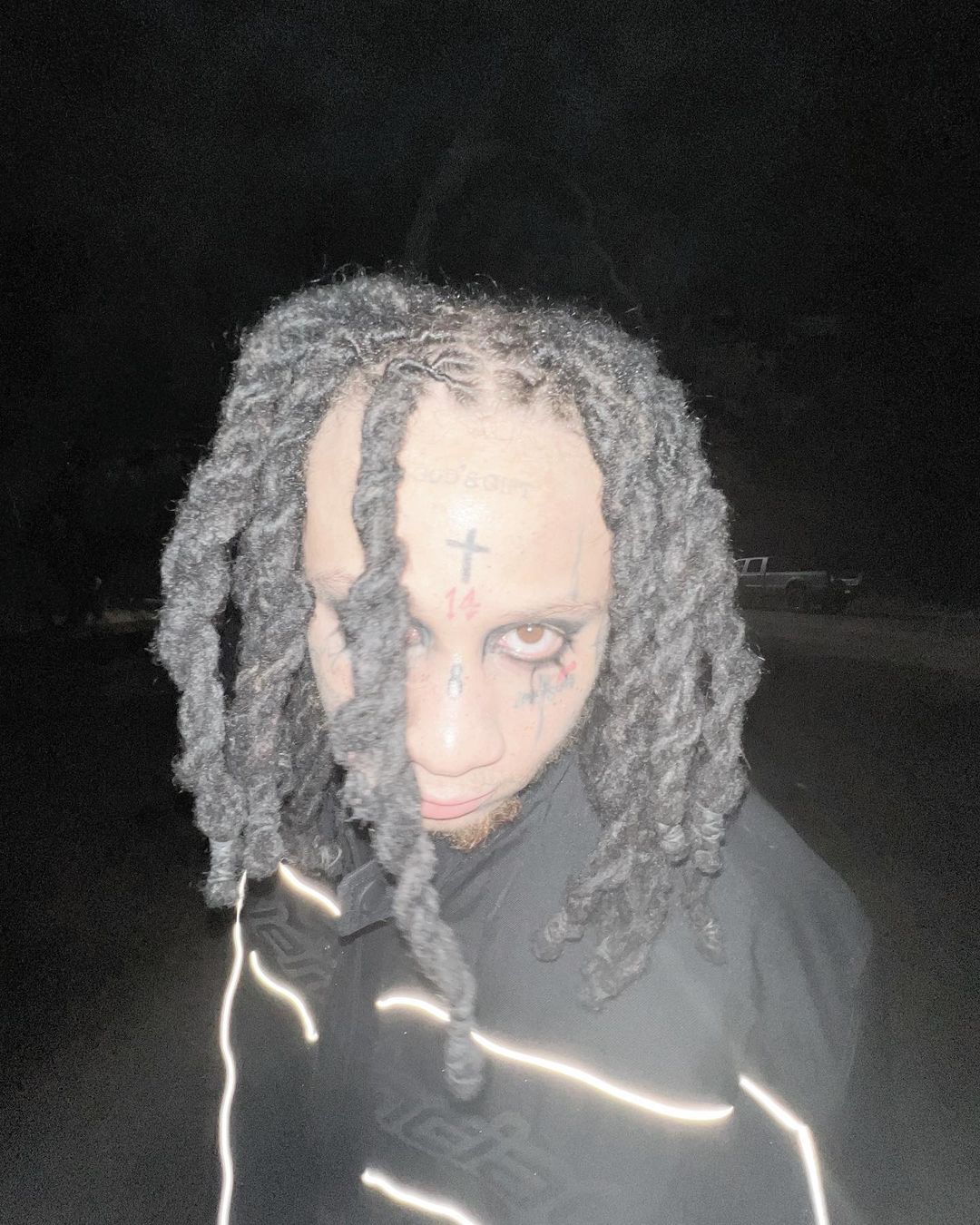 Please come back in my arms 👁🖤 pic.twitter.com/NarzlVpmY6

American rapper, Trippie Redd, born Michael Lamar White II, is getting mixed reactions from fans for his new look. As he flaunted his black dreadlocks in his recent pictures on Twitter, some Twitterites are asking him not to copy Interscope Records’ Plaboi Carti. But yea, they did not hesitate to compliment his music style.

Trippie Redd captioned his Tweet: “Please Come Back In My Arms and posted his new look while flaunting his think dreads to his fans. The pictures seem to create a sort of “dark world” vibe. In one picture, Trippie Redd was showing off his middle finger, while in the other, he was seen lighting a doobie. Well, that speaks about the whole vibe of these new pictures. Some fans are wondering if he is out with another album. 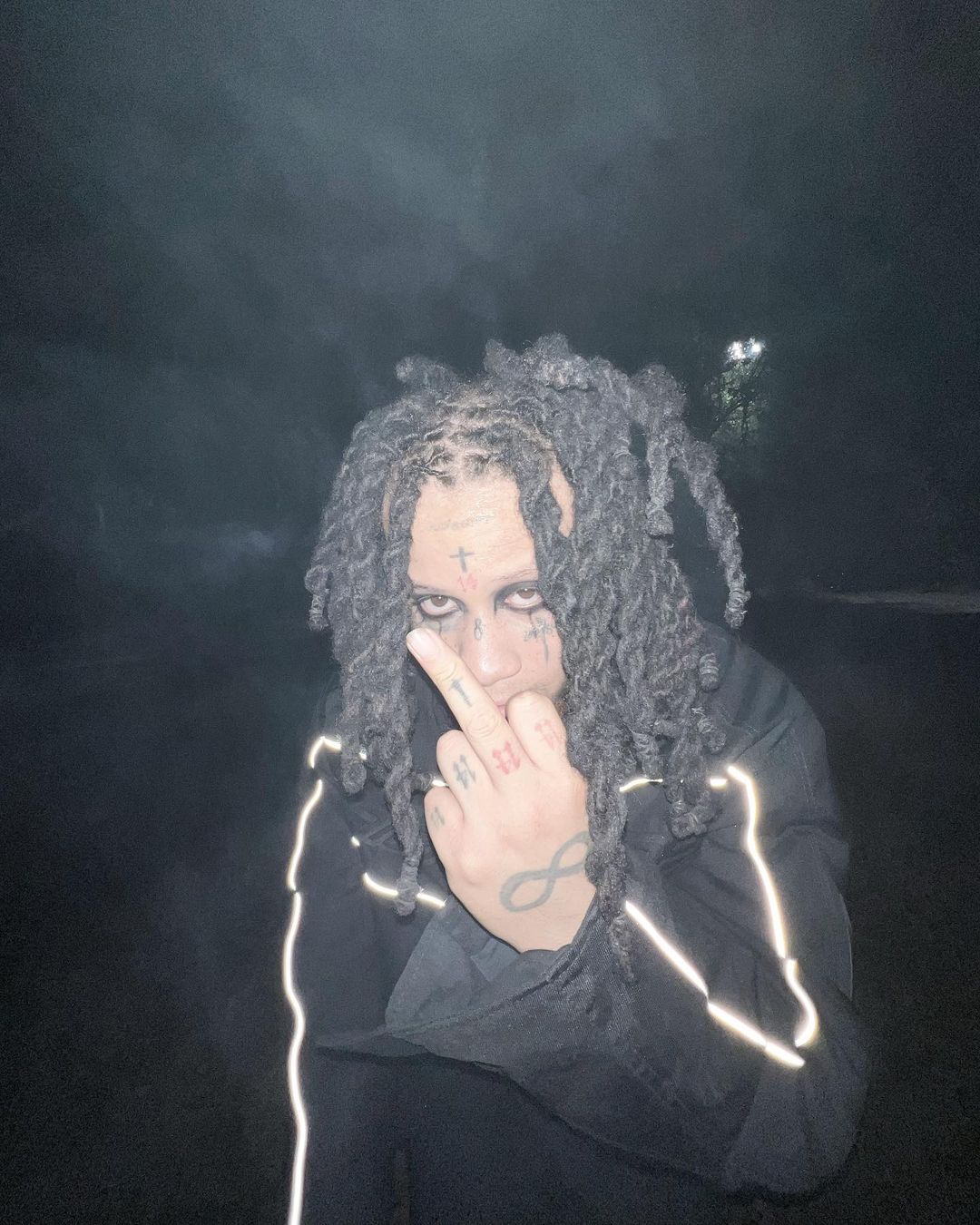 Regarding this new tweet, one Twitter user wrote, “Bro wanna be playboi carti so bad.” Another user tweeted, “Stop copying Carti bruh this shit getting ridiculous.” One Tweeted, “I like your music but come on bro this is just too cringe.” Another wrote, “trippie tryna be like carti so badly be your self dawg it ain’t that hard the old trippie would never.” One person tweeted, “Don’t care about yo music just do us a favour make an onlyfans and shake a**.”

please come back with castro pic.twitter.com/JiiDkjyF1r

One Twitter user, however, posted a video of DJ Scheme and Trippie Redd, where the two are smoking up a doobie and rapping. She wrote, “Please come back to me with Castro”. By the way, the song is “Castro/Black Ops! Okay, this hard, eh? One fan of Trippie slammed the haters and wrote, “Do people not realize makeup like this was a thing before Carti.” 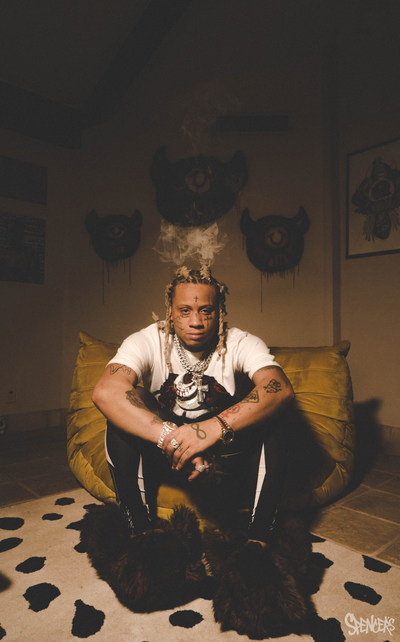 Trippie Redd seems to be following the footsteps of Snoop Dogg when it comes to openly smoking up but again, he can never be legendary like him because we all know, Snoop is “gawwwdly”. The American rapper gained mainstream acclaim with his debut mixtape “A Love Letter To You” in 2017. Its lead single “Love Scars” got him all the popularity. Since then, he’s made a name for himself in the rap world.

His album “Life’s a Trip” and his sophomore album “!” both reached on top five of the Billboard 200, however, his mixtape “A Love Letter To You 4” topped the chart. Apart from his success, Trippie is known for having several run-ins with the law. In May 2018, he was arrested for assaulting rapper FDM Grady’s girlfriend due to which Grady drew a firearm and which led to a fist fight. In June, he was arrested in Georgia for pistol-whipping a woman. What do you think about his new look?