Halle Berry is one of the legendary actresses from Hollywood who is known for portraying bold and gripping characters on the big screen. She started her career as a model and climbed the stairs to success. 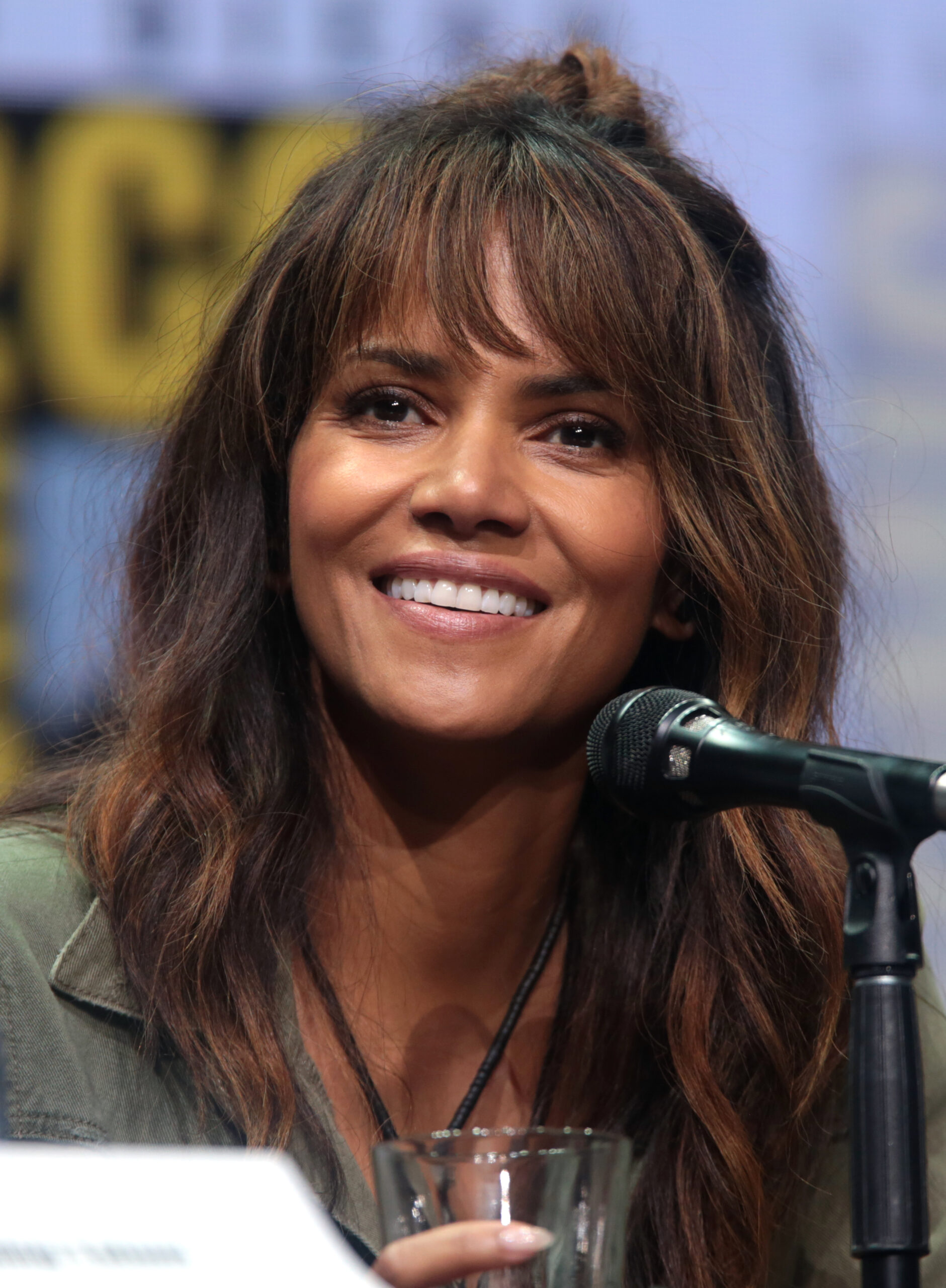 She surprised naysayers by being a versatile and dependable actress. The Ohio-born actress’s role in Jungle Fever grabbed people’s attention whereas playing Storm in the famous X-Men won people’s hearts.

Not only that, but Berry also won the prestigious Oscar for her role in the Monster’s Ball. Her appearances in John Wick: Chapter 3 – Parabellum and the sci-fi series Extant also grew her fanbase.

The actress is 55 years old but she shows no sign of aging or slowing down. She has been open about the secret behind her skin. In one interview, she said that “I have taken care of this skin since I was 13, morning and night, religiously!” the stunning star revealed. “I’ve had a program, I’ve been consistent, and I’ve never wavered.”

A commitment like that certainly goes a long way. Let us take a closer look at some of the times that Halle Berry was spotted without any makeup on!

The pandemic locked us all away! Finally, when it was lifted, many of us were excited to get back to our lives including Halle Berry! 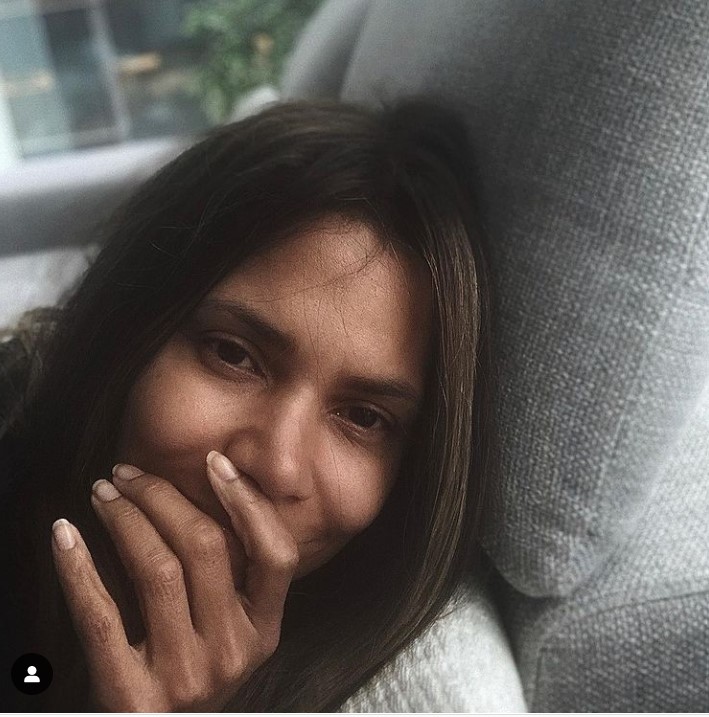 An excited Berry posted a selfie on Instagram (sans makeup) where she was smiling excitedly! The caption of the picture was “Officially out of #Quarantine – ready to get to work! #Moonfall here I come!! 🌙”.

Halle Berry welcomed her 54th birthday in style! The mother of two hopped on a skateboard and skated down the lane in a white t-shirt and colorful undies! 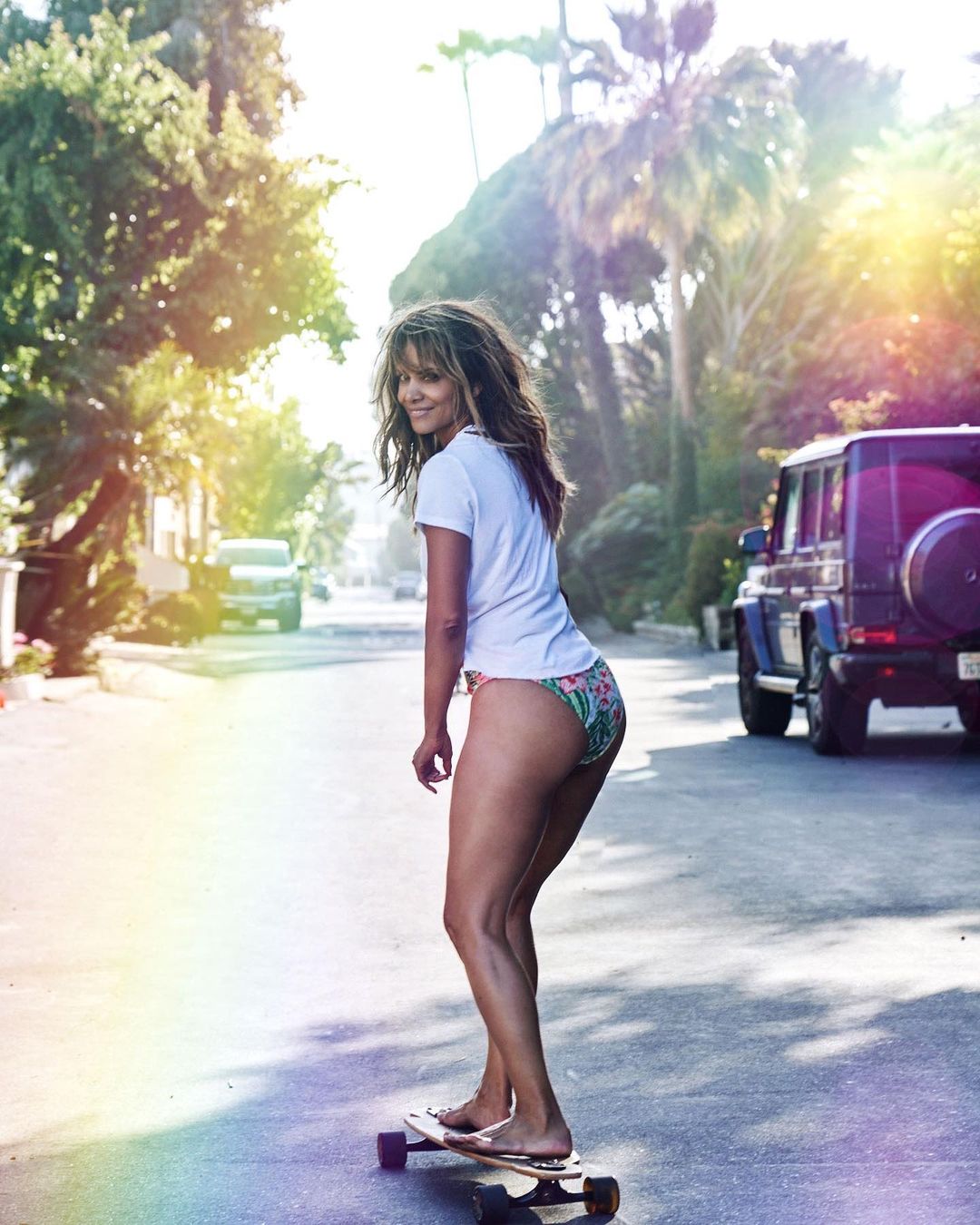 She posted one picture with the caption “54….life just gets better and better! 🌈✨”. She looked back at the camera with a big smile on her face!

Halle Berry took to Instagram to share a special moment with her fans. She thanked the New York Times for doing a piece on her! 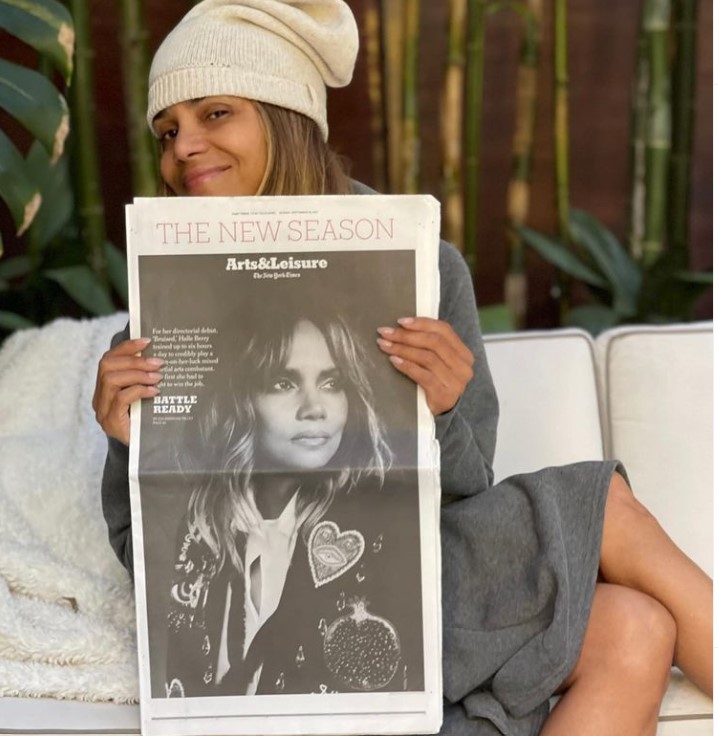 A wild Halle Berry was spotted among the greens! She posted a picture of her natural curls hanging freely while she quenched her thirst with some fresh coconut water. 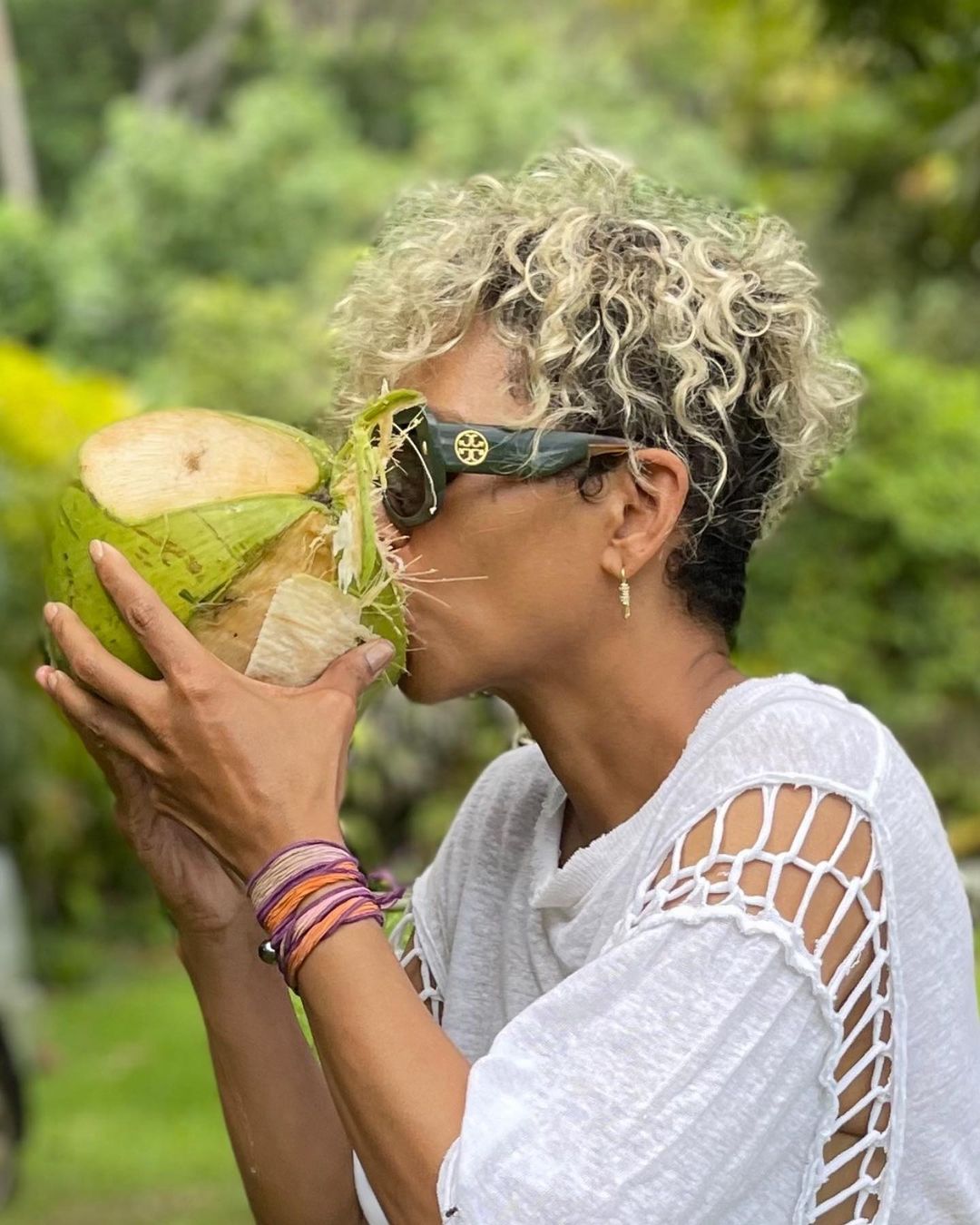 She captioned the picture “coconuts and curls”. Although not much of her beautiful face was visible in the picture, her clear and glowing skin was still evident.

Halle Berry shared a picture without any caption! She simply posed in a hoodie while some of her blonde hair covered half her face. 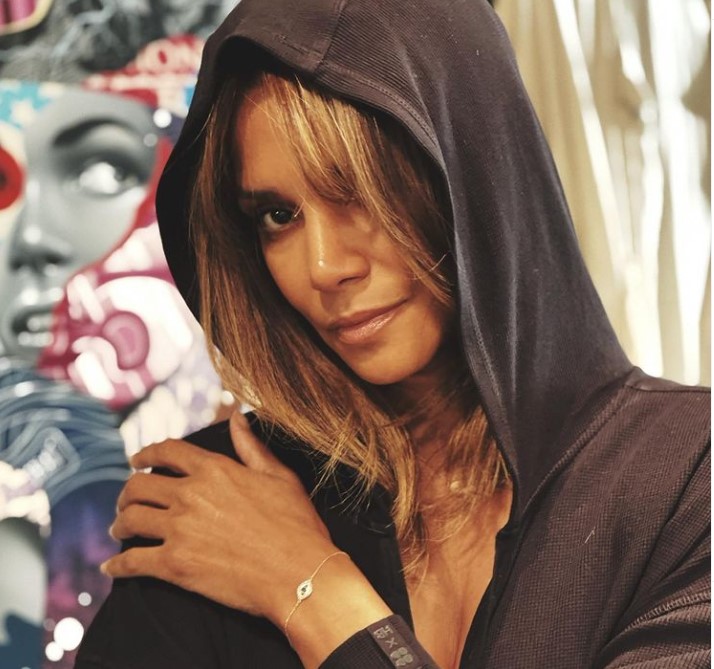 Halle Berry is known for her distinctive style, one that cannot be copied without making it obvious. She posted a selfie on Instagram and captioned it, “kinda classy, kinda hood”. 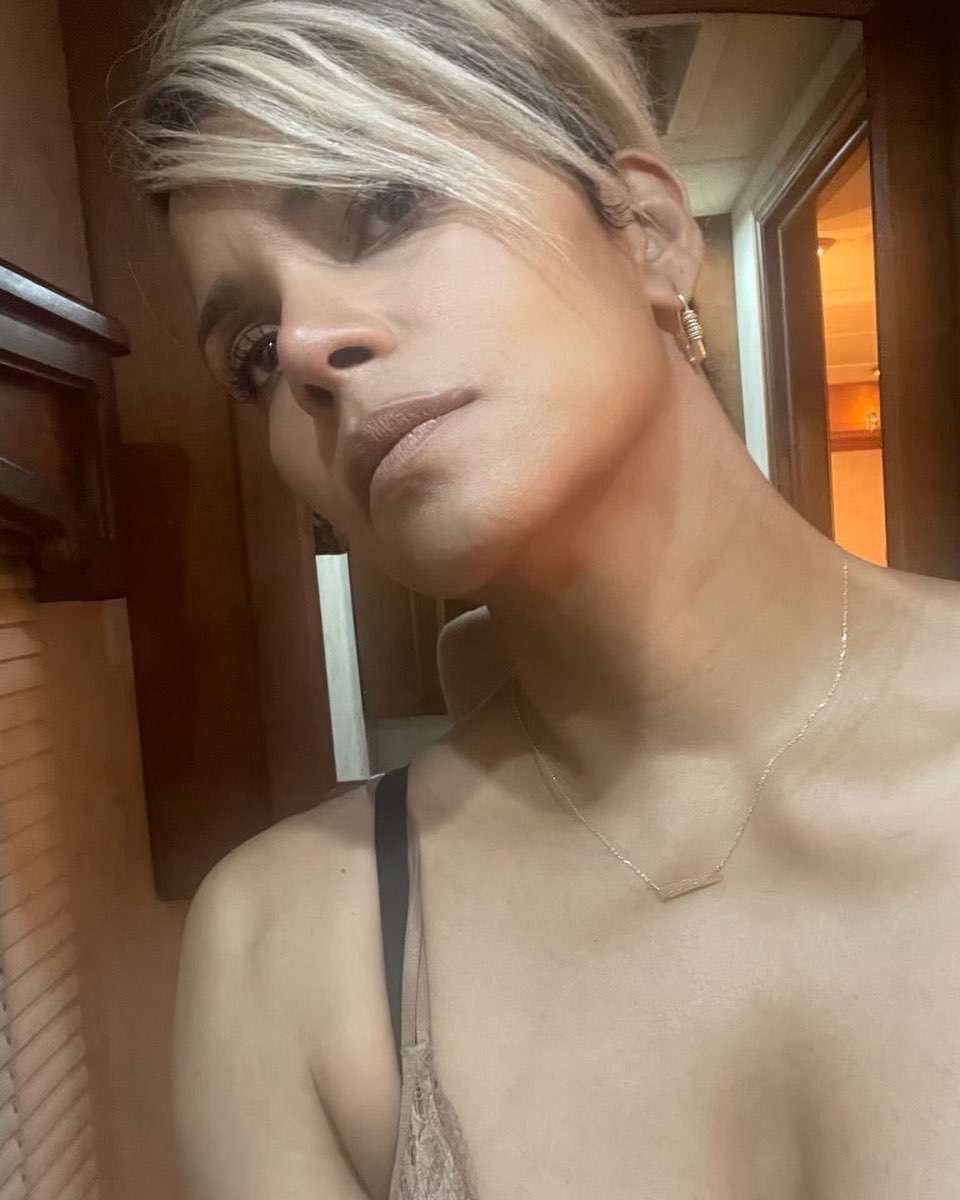 Berry showed her sharp jawline in the picture while her dyed hair covered her face partly. Her wrinkle-free, flawless skin was clearly visible in the picture!

There is something about being surrounded by nature that sets your mind right. Halle Berry was enjoying one such day with a glass of fine wine! 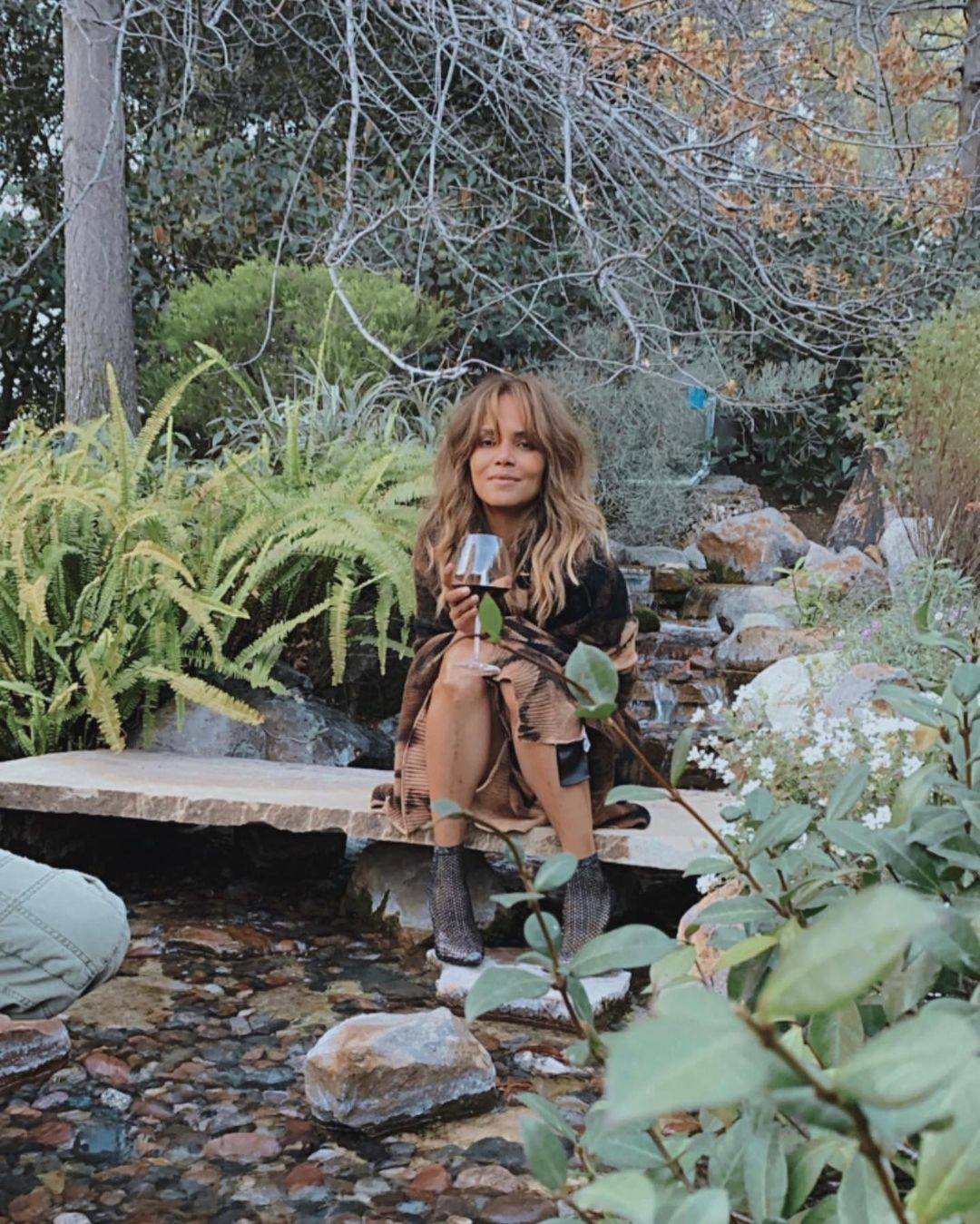 She posted a picture of herself sitting and smiling, she did not have any makeup on. Her hair was open as she cozied up with the glass of wine.

Berry is not someone who only flaunts her skin, but she also actively shares her routines and the products she uses with her followers.

She walked through the multiple-step cleansing routine, however, people in the comments were fixated on her beauty. One user commented, “Girl you do not look 54 years old!!! You look at least 35. Aging gracefully!! Another user wrote ”You look fantastic without make up love you ❤️❤️❤️”.

Halle Berry is an authentic person; she is who she is and that is one of the main reasons that people like her so much. 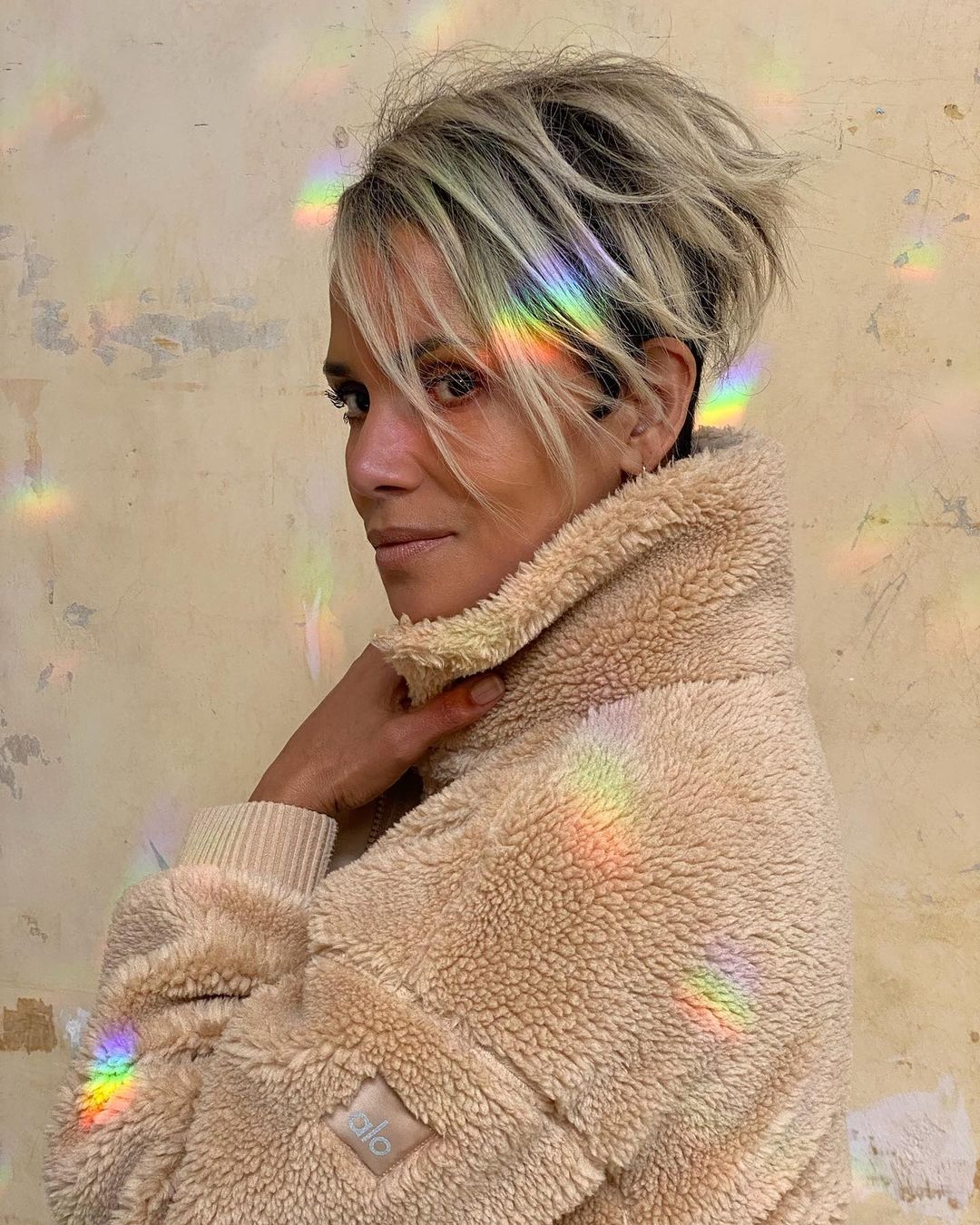 Berry believes in being the source of light and good in others’ lives. Along with a candid picture of her natural side profile, she wrote “be a rainbow in somebody else’s cloud”.

Followers agreed with her in the comments with one user commenting “So inspiring!!! Beauty alone can be inspiring to humans it’s found in nature everywhere, see the beauty in everything 🙌🏾”.

Nothing beats a good natural photo under the sun! Halle Berry posted a smiling selfie on Instagram. The sun shined on her face as she looked into the camera. 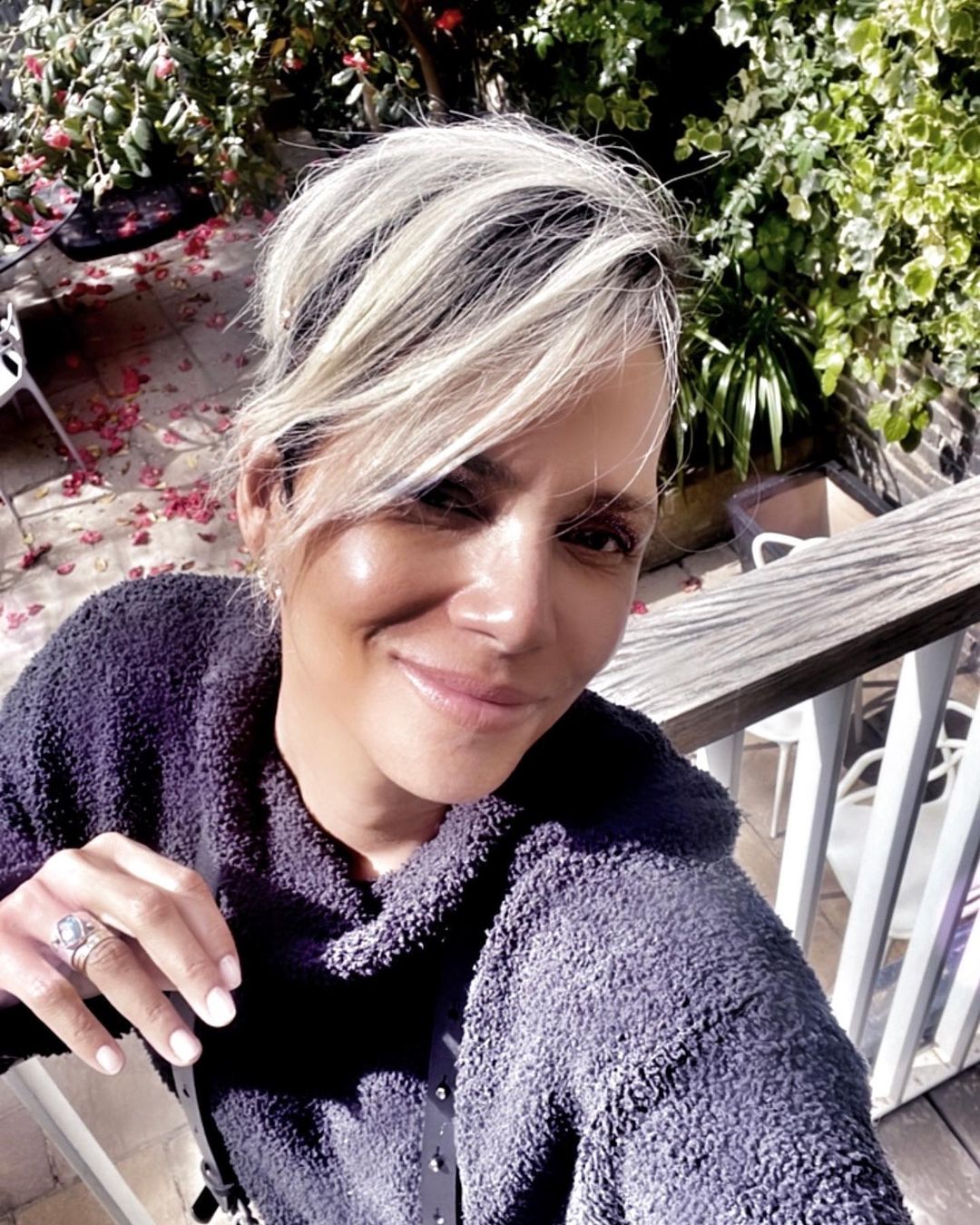 She simply captioned the picture with a white heart indicating purity.

Halle Berry shared the secret to her radiant skin. During an interview, she said “I do believe that exercise is so related to healthy skin and how you not only feel but how you look. Cardio. Cardio. Cardio.” She also added that “Getting the blood running through your body is so good for your complexion.”

Berry has been pretty open about the products and routines regarding her skin whereas most other celebrities either keep it a secret or only share it in exchange for sponsorship deals or money.

Although it is the trend these days for celebrities to have their own skincare line, Halle Berry has not hopped on that bandwagon. She shares the name of the many products that she uses with her fans and they always thank her for doing so.

Taking care of your skin and body goes a long way in helping you look and feel healthy. Halle Berry’s commitment to taking care of herself all these years shows the results too.

She is in her mid-50s yet does not look a day above 35. A lot of her fans that follow her skincare routines hope to have the same effect.