The ‘O’ Method On TikTok: Does It Really Work?

TikTok has certainly become a bizarre place, serving as a means for social media users to come up with weird and wild trends and terminologies. One such terminology is the “O” method, which has now become a viral trend. Many people who aren’t in the loop are wondering what this method even means. So what is this “O” method, and does it really work? Read on to learn all about it. 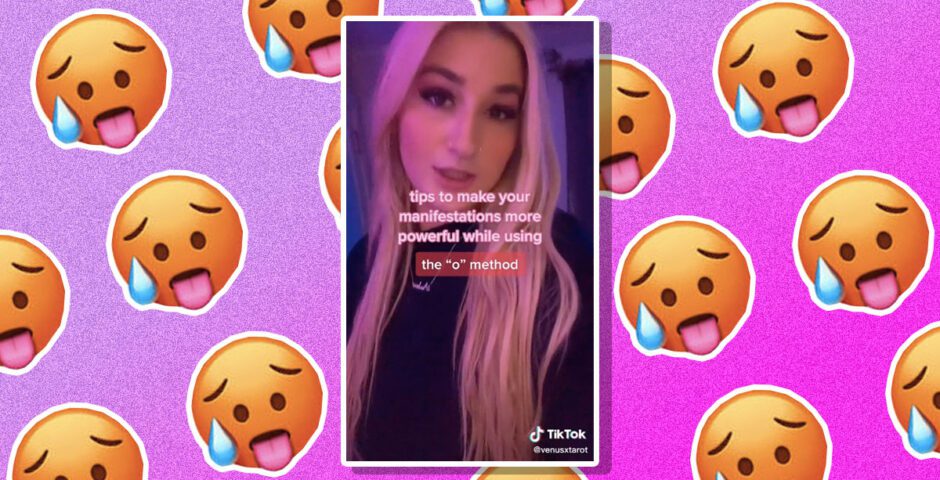 The Best Form Of Manifestation… 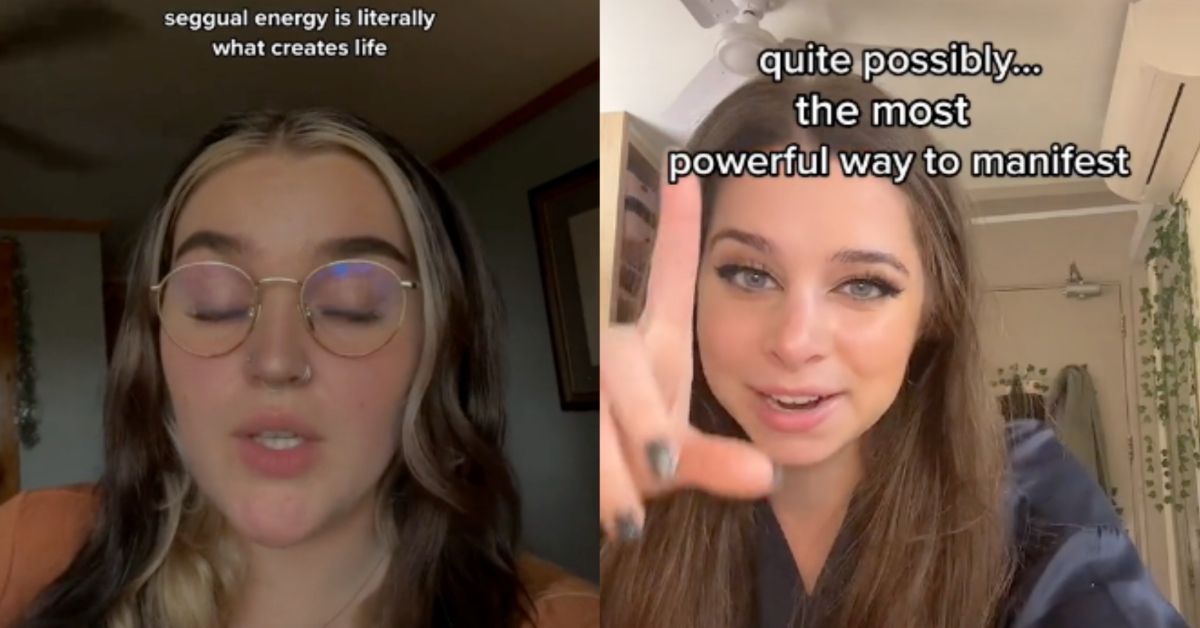 Recently, a viral trend has picked up on TikTok, and users on the video-sharing platform are calling it the “O” method, referring to it as the best form of manifestation. But again, the meaning behind it is not so NFSW (sexual or offensive, especially to the recipient’s wife).

A TikTok related to this method first appeared in 2021, and while there is no science to back it up, the video garnered more than 13M views in no time. Well, Twitterverse is accepting the O method with open arms. The original creator of this video, @hotthighpriestess stated:

“This energy is so fucking powerful. It creates life, so when you tap into this, you’re literally opening up a portal in the fucking universe to create your manifestation. So when you orgasm you are going to visualise exactly what it is you want as if you already have it, because after you do this, it is yours. You have opened the fucking portal. You have seen the future. You are vibrating at that frequency.” 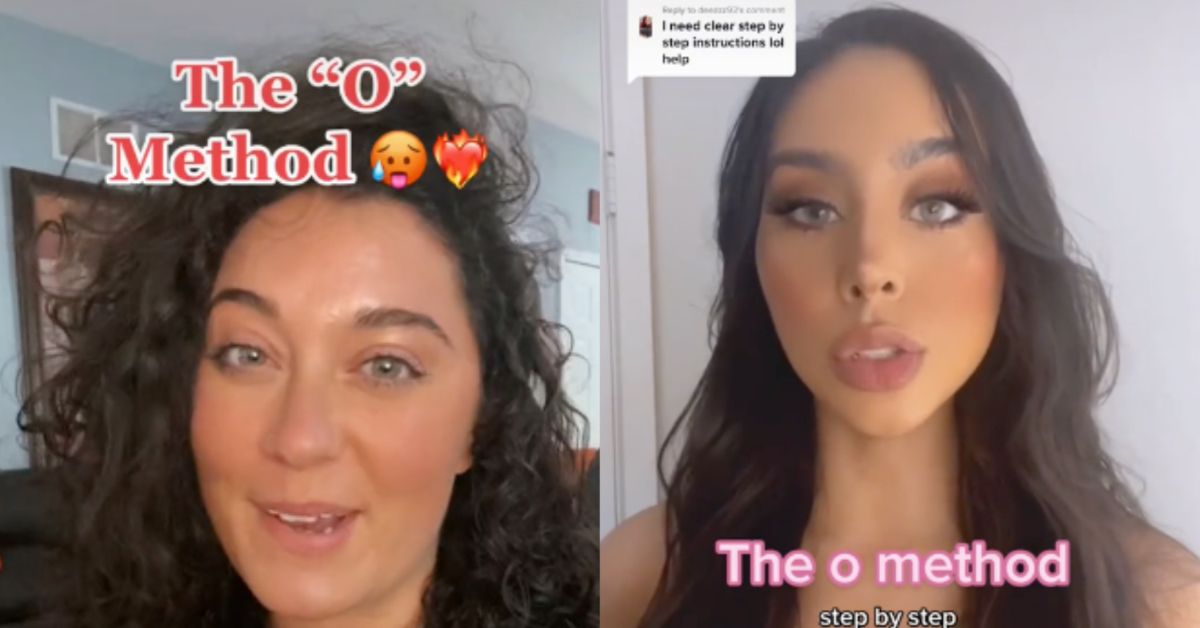 The “O” method refers to a manifestation “technique” that requires an individual to imagine your deepest desire at the moment of sexual climax. Wondering what’s that “O” means? Well, that simply refers to “orgasm”.

Some TikTokers are claiming that this technique works wonders because of the supposed vibrations that occur, and it feels like you’ve just opened a f****** portal. Well, that’s what the creator begs to argue. The “O” method specifically works when one is manifesting a desire for a romantic interest or love.

To put it in more technical terms, this method is a law of attraction practice, which uses the energy just before the peak of an orgasm to attract your desires. So the idea is, just when you’re at the peak of sexual arousal, you tend to raise your body’s vibrational frequency. But here’s the “not-so-fun part”. You gotta stop before your orgasm because the people who’ve used this method claim that it allows you to “harness that sexual energy to manifest your desires”.

Now, research does suggest that “heightening your vibrational frequency is the key to the law of attraction”. So, you may call this method, a cheat code, as you’re naturally raising your frequency to attract your desires. While most articles talk about what is the “O” method, I am here to explain how to do it, one condition, do not ask me if I’ve done it too. Just, trust the vibes.

To do it, you need to clearly visualize and connect to the emotional feeling of having your desire. This helps in heightening your vibrational frequency to attract your manifestation. Now even though it’s recommended to do it with a partner, it’s better if you try it solo for maintaining your focus. Here are some suggestions based on my research:

Apart from the “O” method, another method called the whisper method has been trending on TikTok for quite some time. While the idea behind this method is similar to that of the “O” method, the whisper technique requires you to think of what you want that person to do for you. Then, you just got to whisper all of that to the universe to ensure it turns into reality. Well, this never worked for me as such, and I find the “O” method more practical.

Does The “O” Method Work?

Now, that’s another important question that people are asking. Does this “o” method really work? The original creator of the viral video claimed previously that by using this method, you’re actually opening up a portal in the universe to create your manifestation. Sounds like those couples who take trips to mountains and opt for MDMAs for a more intimate sexual connection, or I must say, spiritual sex or tantric sex, eh?

Coming back to the question, this method of manifestation claims that when a person is at the highest point of sexual pleasure, they must utilise that state to manifest as that is when the mind is most alive. So, imagine your partner giving you the highest pleasure, and at that moment you imagine your deepest and darkest fantasy. Surely, not NFSW, to say the least.

Now, some users are claiming that the “O” method works 100%, while others believe that even though they tried it quite several times, nothing happened. One user wrote: “it worked the first time I did it he messaged me in the morning and said he dreamt about me.”

Another seemed to believe that the manifestation method worked for them as well as they wrote: “Ever since actually doing this method I’ve seen insane amounts of angel numbers.” Others simply argued that the method does not work at all, as one wrote: “why does the o method not work for me?” Another wrote: “I’ve been using this and whisper method but nothing yet.”

Now, I would say, the “O” method is a powerful method to tap into your sexual energy, and using this energy that is built just before an orgasm can help you to reach a higher state of frequency to manifest your desire. If you’re still reading my article, I’d say it’s worth a shot! Happy Manifestation!