Winter Everett, who is the younger sister of Chantel Everett has had quite a transformation over the last few years! The reality TV star Winter appeared on season 4 of TLC’s show 90 Day Fiancé.

For those of you who are unversed, let us share with you, Winter continued to share the story of her life on the spin-off show named The Family Chantel. She is best known for playing the role of a supporting cast member on the show The Family Chantel. Over the last couple of years, Winter has been very open and candid about her weight loss journey. In season 4 of the TV show The Family Chantel, she decided to take a big step regarding her weight loss for the betterment of her health.

At that time, Everett underwent weight loss surgery. She thought it was the best option for her and she went for it. Continue reading further to know more about the weight loss journey of Winter Everett.

Let us share with all of you, during season 2 of the show The Family Chantel, Winter Everett took the cameras along with her while she was off to a consultation appointment for bariatric surgery. At that point, she was 313 pounds. That episode of the show was filmed somewhere in the year 2020.

In July of the same year, the reality TV star took to her Instagram and revealed that she had lost a total of 50 pounds. She penned a lengthy caption alongside a before and after picture of herself on the social media platform Instagram. 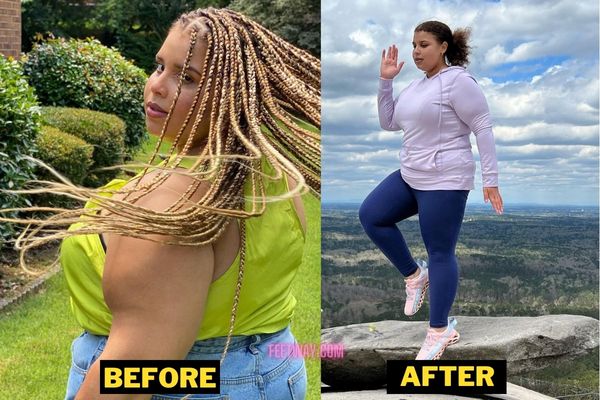 At that time, Winter wrote, “The picture on the left was taken a few years ago. Back then I was around 330 pounds. That was the heaviest I had ever weighed. So many unfortunate situations surrounded me and my focus was directed outwards. During that time, my health was definitely not a priority.”

Then, the Georgia native revealed that her “body was screaming out for help,” but she didn’t have a clue about how to kickstart her weight loss journey. So then, she decided to set a fitness goal for herself and she switched her perspective on weight loss. And soon after, she began shedding those extra kilos.

Everett further added, “In 2020, I completely changed my focal point. Instead of focusing on what I want, I tried to focus more on WHO I AM. It was not an easy road, but I made it. It’s only down from here!”

After her breakup with her longtime boyfriend Jah King, Winter put all her focus and attention on herself and that was the point when she decided to undergo weight loss surgery.

During the season 4 premiere of The Family Chantel, Everett said, “After the breakup, I was sitting in my room scrolling through TikTok and I saw the Weight Loss Barbie. She was telling her story about how she has the bariatric surgery in Mexico. So I decided to do some research and look into her doctors and I decided that this would be a great opportunity for me.” 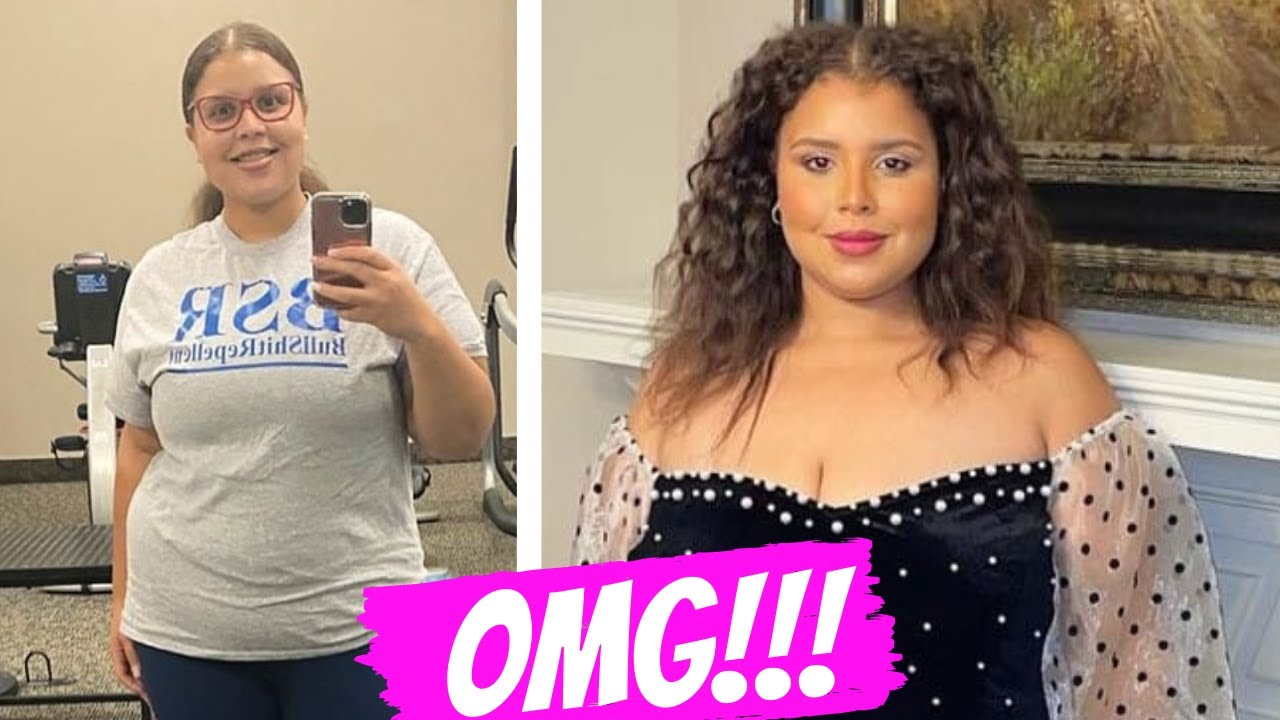 Winter Everett had her weight loss surgery in Mexico

Winter Everett went all the way to Mexico to have her bariatric surgery. She wanted to get her surgery done by the same surgeons as the Weight Loss Barbie. She underwent a gastric sleeve procedure, which is popularly also known as sleeve gastrectomy.

As per Mayo Clinic, sleeve gastrectomy is a surgical weight loss procedure. It is a type of surgery in which the size of the stomach is reduced to about 15% of its original size, for the purpose of long-term weight loss.

Winter didn’t undergo the type of bariatric surgery alone. Her mom Karen Everett and sister Chanel Everett were right there by her side to give their support to her during the life-changing surgery. Right before the surgery, Winter’s elder sister Chantel offered her comfort and support. She told Winter that “it’s going to be OK.” She also went on to say that is a new beginning in her life. Soon after comforting her sister Winter, Chantel stated that the surgeons will be removing 75 percent of her sister’s stomach.

What is Winter Everett’s workout routine?

Now, Winter Everett keeps flaunting her full-body weight loss transformation on the video-sharing platform TikTok. She kicked off the year 2022 with a workout session. Earlier this year, in August, she shared a video of herself sweating it out in a dance class.

The video showed the reality TV star working hard. At that time, she didn’t caption the post. She simply added the song Pretty Girl Era to express her feelings. In the video, she can be seen all dressed in blue skintight yoga pants and a light pink sports top. It seems like dance is Winter Everett’s cardio.

In a separate video posted on TikTok, Winter shared her full-body workout routine with her fans all over the world. The video showed her in a green-colored athleisure outfit with a yoga mat. She likes to try new exercises in the gym. 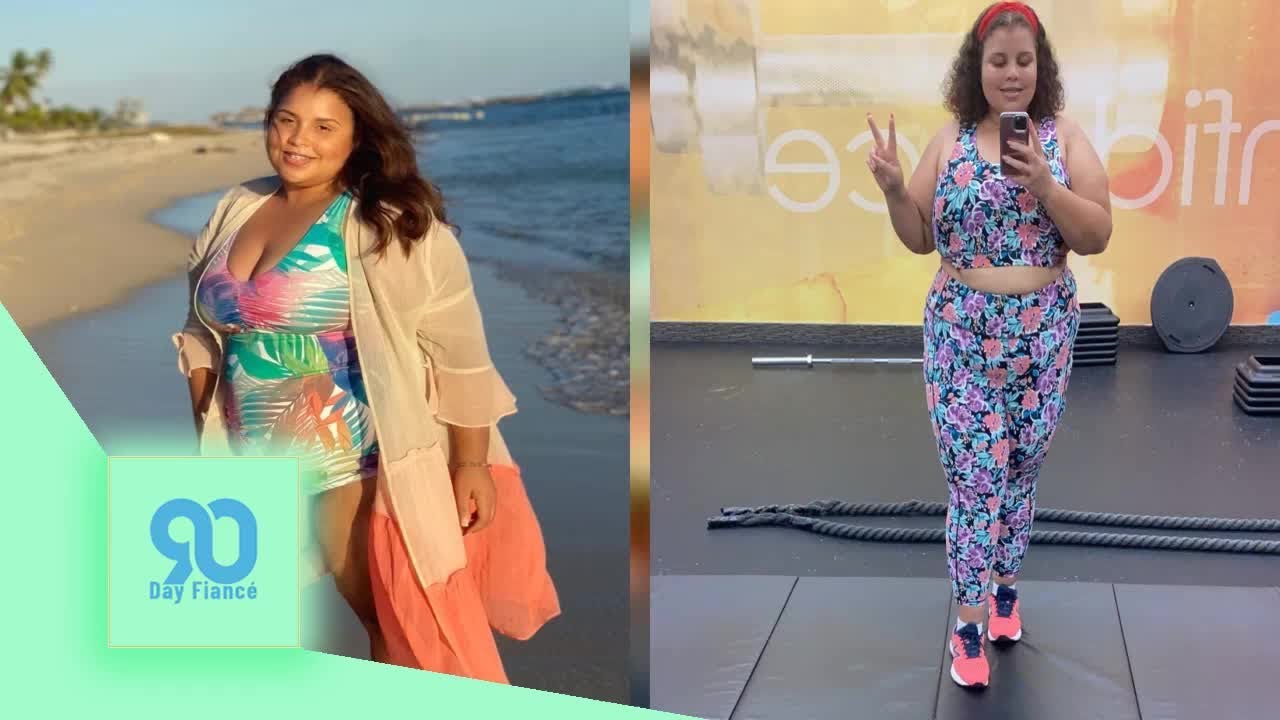 At that time, many of Everett’s fans praised her. One fan took to the comments section and wrote, “You’re actually such a stunning natural beauty inside and out. Even without losing the weight, you were a gorgeous 10, now you’re like a 15/10!” Another user went on to say, “It’s your confidence that’s making you glow. Your beauty was never in question.”

During her weight loss journey, Winter has also inspired her fans to start their own weight loss journey as well. In June, she posted a reel on the social media platform Instagram. “Hey Butterfly babes! Every decision counts no matter how small. Choosing to make the tiny decisions will help you make the big ones later on. Never deny yourself opportunity to own your #personalpower

What is your take on the weight loss journey of Winter Everett? Kindly let us know your thoughts in the comments section below. Don’t forget to stay tuned with us for the latest updates from the world of showbiz.