Taylor Swift is heading into a new era with her latest red carpet looks! On Sunday, the Midnight Rain hitmaker stunned all her fans by making a surprise appearance at the American Music Awards 2022 which took place at the Microsoft Theater in Los Angeles.

We must say, the superstar singer-songwriter slayed on the red carpet of the American Music Awards 2022. Continue reading further to catch more details about her classy look for the 2022 AMAs. For the 50th Annual American Music Awards, the Lavender Haze singer stepped out in a plunging ’70s-inspired golden rhinestone jumpsuit by The Blonds. She had her bling game on point. She accessorized her disco-ready look with Nouvel Heritage jewelry.

When we talk about the 32-year-old pop star’s hairstyle for the star-studded award show, she let her blonde locks in retro side-swept curls. She kept her makeup natural and flaunted her signature red lip. 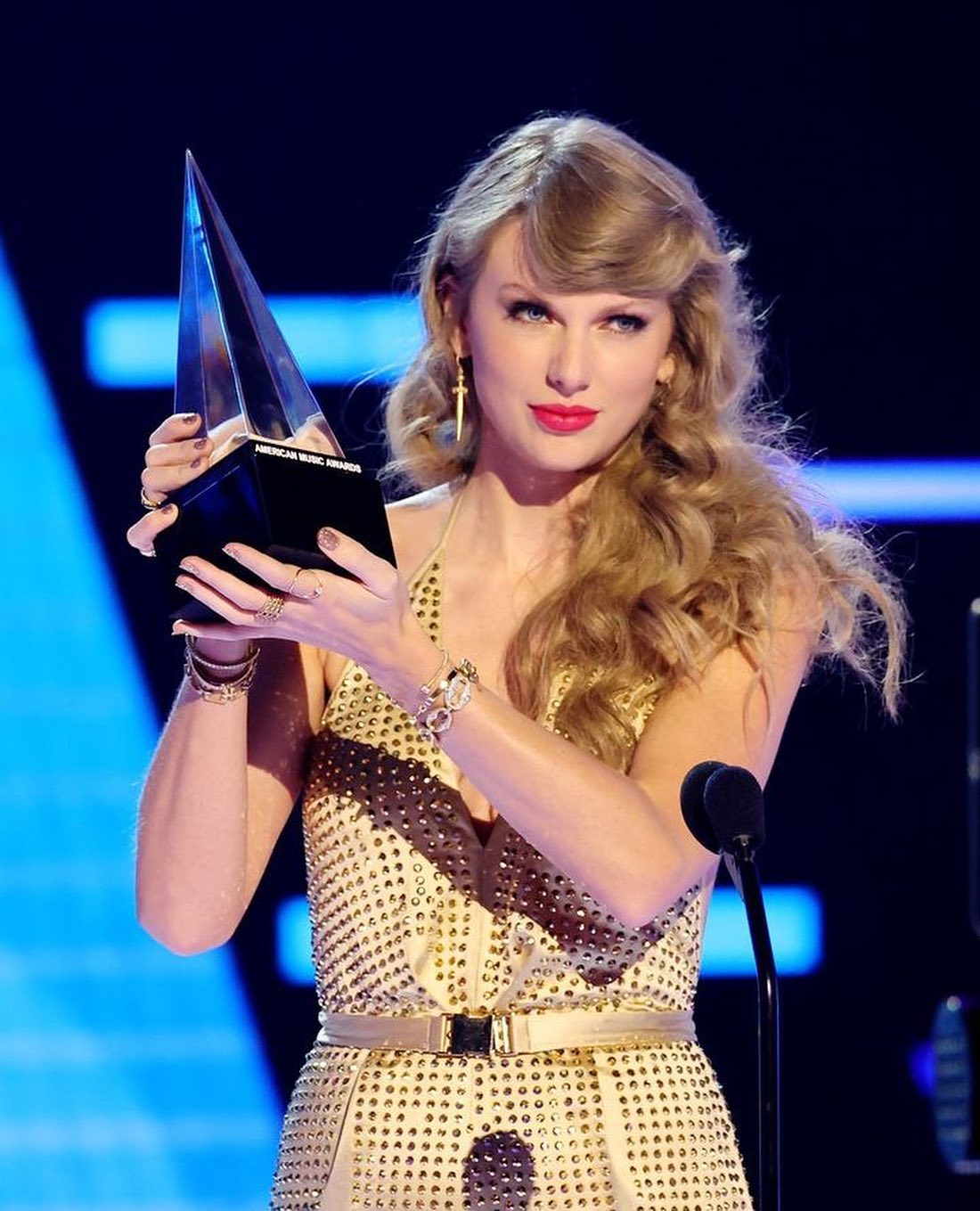 How many awards did Taylor Swift win at the American Music Awards 2022?

During her favorite pop album acceptance speech, the You’re On Your Own Kid singer said, “This album is a rerecorded album and I cannot tell you how much my rerecorded albums mean to me but I never expected or assumed that they would mean anything to you.” 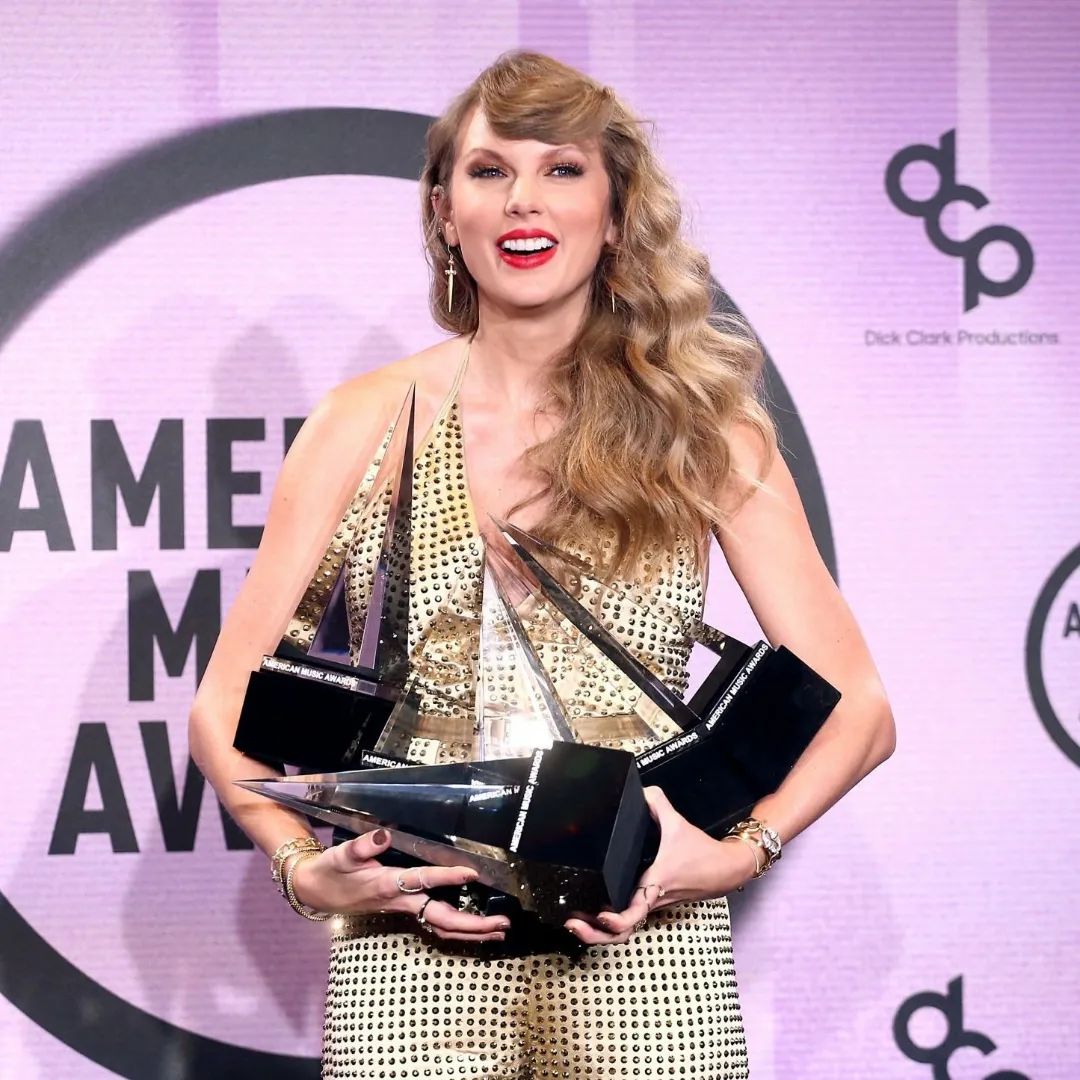 Swift went on to say, “So I can’t thank you enough for caring about this album that I’m so proud of.” She also thanked everyone who worked with her on the album. She thanked her beautiful and brilliant friend Blake Lively for directing the music video for I Bet You Think About Me which stars the Top Gun: Maverick star Miles Teller and his wife Keleigh Sperry Teller.

Taylor Swift brought her A-game to the MTV EMAs

Last week on November 13, Taylor Swift turned heads at the MTV Europe Music Awards 2022. She opted for a shimmering David Koma dress, for the MTV EMAs. She rocked a fitted midi dress for the event.

Swift’s outfit featured sheer mesh bottom all decorated with emerald gemstones embellished with sheer mesh on the sides as well as the bottom. Her dress was a part of the designer’s 2022 fall collection. 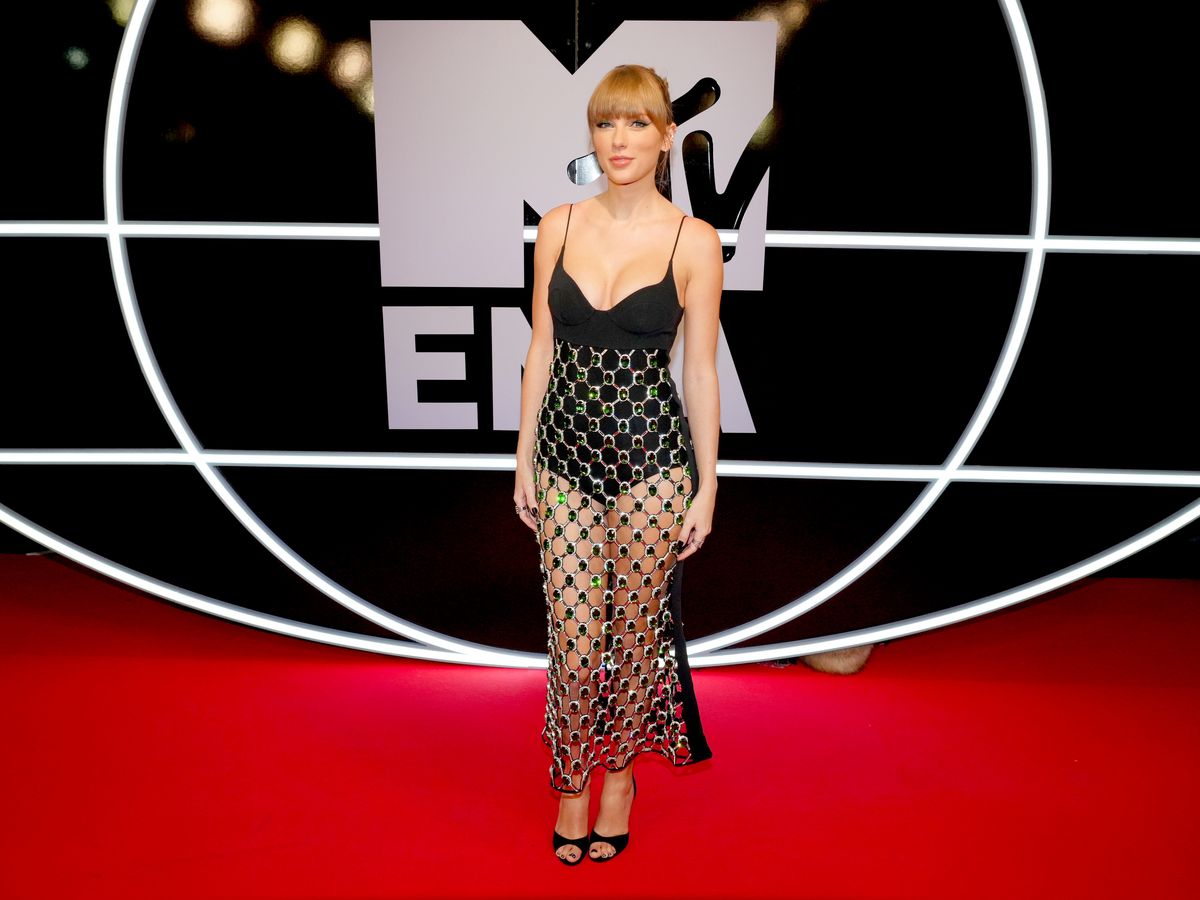 Taylor topped her look with a gold earring cuff, a couple of gold rings, and a pair of earrings. She completed her look with a pair of black velvet sandals by Guiseppe Zanotti. She looked like a million bucks at the award show where she won four trophies.

Did you like Taylor Swift’s plunging rhinestone jumpsuit? Kindly let us know your thoughts on her outfit in the comments section below. Don’t forget to stay tuned with us for the latest updates from the world of showbiz.