10 Times Taylor Swift Stepped Out Without Makeup and Looked Gorgeous

Taylor Alison Swift is a famous American singer and also a songwriter. Her music is spread across many genres although she started as a country singer. Over the years, her music has gotten a lot of attention due to her narrative songwriting.

She explored her musical side while giving hits like Love Story, You Belong With Me, I Knew You Were Trouble, and more. Her self-titled album was the longest charting album of the 2000s.

So far, Swift has won 11 Grammys. Her first one was when she was only 20 years old. She remained the youngest person to win the award in that category for 11 years. Swift has also won 34 American Music Awards, which is the most for any artist and an Emmy.

Being someone of her stature, Swift has had her share of haters and trolls as well. One aspect that most celebrities have to deal with is looking presentable and fresh at all times. But Taylor is not one to care about what people have to say.

Here are some instances where she was seen chilling in no makeup look and slaying it!

Swift is in the middle of re-recording her songs to gain ownership of them. She took to Instagram to share the news of a new song All Too Well.

The post was attached with a black and white picture of her recording her vocals. With her hair open, she was dressed in casuals and looked stunning!

All Swifties know that she is a major cat person! She has three of them so far! The felines appear frequently on her Instagram.

On National Cat Day, Swift shared a post on Instagram showing the things she loved about her cats like their fluffy toes! She wore a hoodie and her hair was tied back as she tried out a TikTok trend.

Here is another one of Swift’s favorite kinds of selfies! 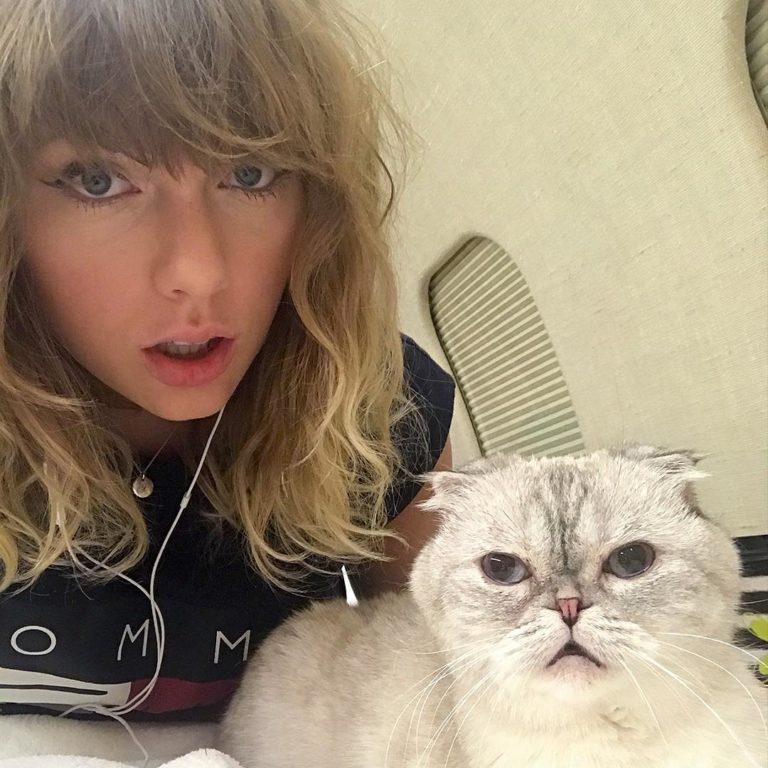 Taylor Swift is posing in this picture with one of her cats called Olivia Benson. Olivia looks pretty shocked in the picture and Taylor matches her expression perfectly. The two of them seem to be chilling at home. Swift’s hair is untied and she has her earphones plugged in. We wonder what she was listening to!

The year 2020 was certainly weird and unexpected for all of us including Swift. She captioned the picture “bye 2020, it’s been weird.”

She took to Instagram to share a picture that depicted the year perfectly. She is sitting on a sofa in  what seems to be a bear costume as she stares into the camera. Swift looks hilarious yet pretty in her no makeup, bear look!

Swift is very beautiful, with or without makeup! This is perhaps one of her most famous pictures without any makeup on. 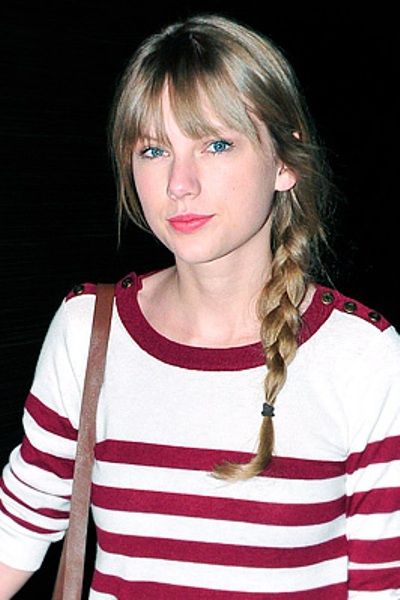 She is dressed in a white and maroon/red striped shirt and her hair is tied down loosely. Swift stared right into the camera as the paparazzi’s snapped her. Talk about being confident!

Sometimes, all you really need is to just be by yourself and chill.

Swift posted this selfie on Instagram and got over 4.4 million likes on it. She seemed to be casually chilling at home back when corona sent the world into isolation.

Shopping for groceries can be therapeutic, especially when it is something you don’t usually get time for.

Swift was spotted out and about picking up a few items. She had her earphones plugged in and hair tied back. She had no makeup on as she tried to quietly go about her day and avoid the paparazzi.

While dressing up and putting makeup on is fun, wearing oversized clothes and doing nothing can be healing in itself. 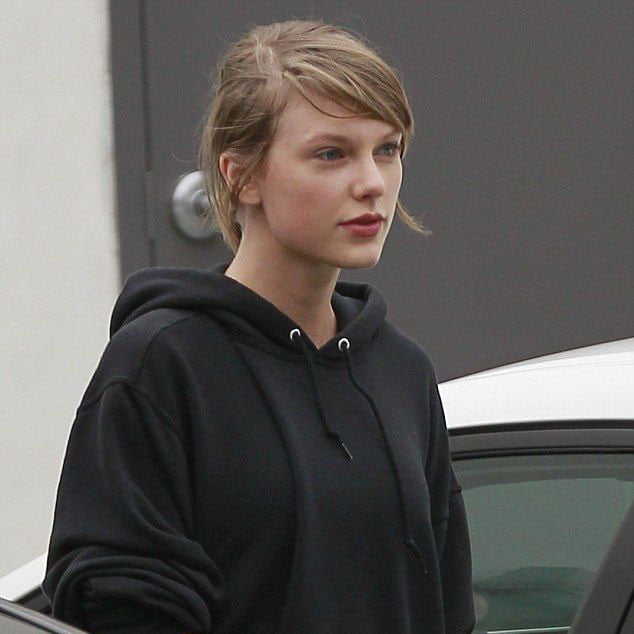 Swift seemed to be enjoying a lowkey day. Her hair was tied back in a bun and she wore a black hoodie without any makeup. She was snapped as she made her way to the car.

They say a smile is the best thing a woman can wear, but combine that with killer confidence and you get this picture. 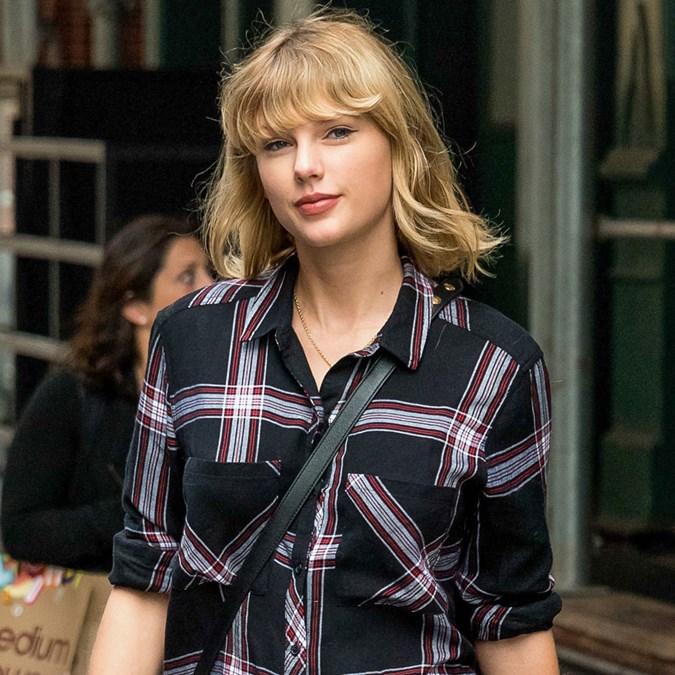 Swift was wearing a black shirt with rolled sleeves. Her hair was cut short back then. She didn’t have any makeup on except that she wore a charismatic smile and looked straight into the camera!

The perfect break from a hard day at work is an afternoon nap. But what makes it better is if you get to snuggle with your cat and nap together!

Swift posted this picture, which got over 2.6 million likes. She is laying in bed next to one of her cats, who seems to be lost in some deep thought. She captioned it “And then there were three…”

Hiding From The Paparazzi

Celebrities like Taylor Swift often get scrutinized and ridiculed over tiny things like the way they got their hair done or what they wore. But Swift does a good job at still being herself and not letting others’ opinions define her.

There have been instances where Swift hid under a big umbrella or behind a tiny bag as she did not want to be photographed.

She revealed in 2020 that she went into hiding for a year after getting trolled and hated by people for getting in a spat with Kim Kardashian, Kanye, and others. 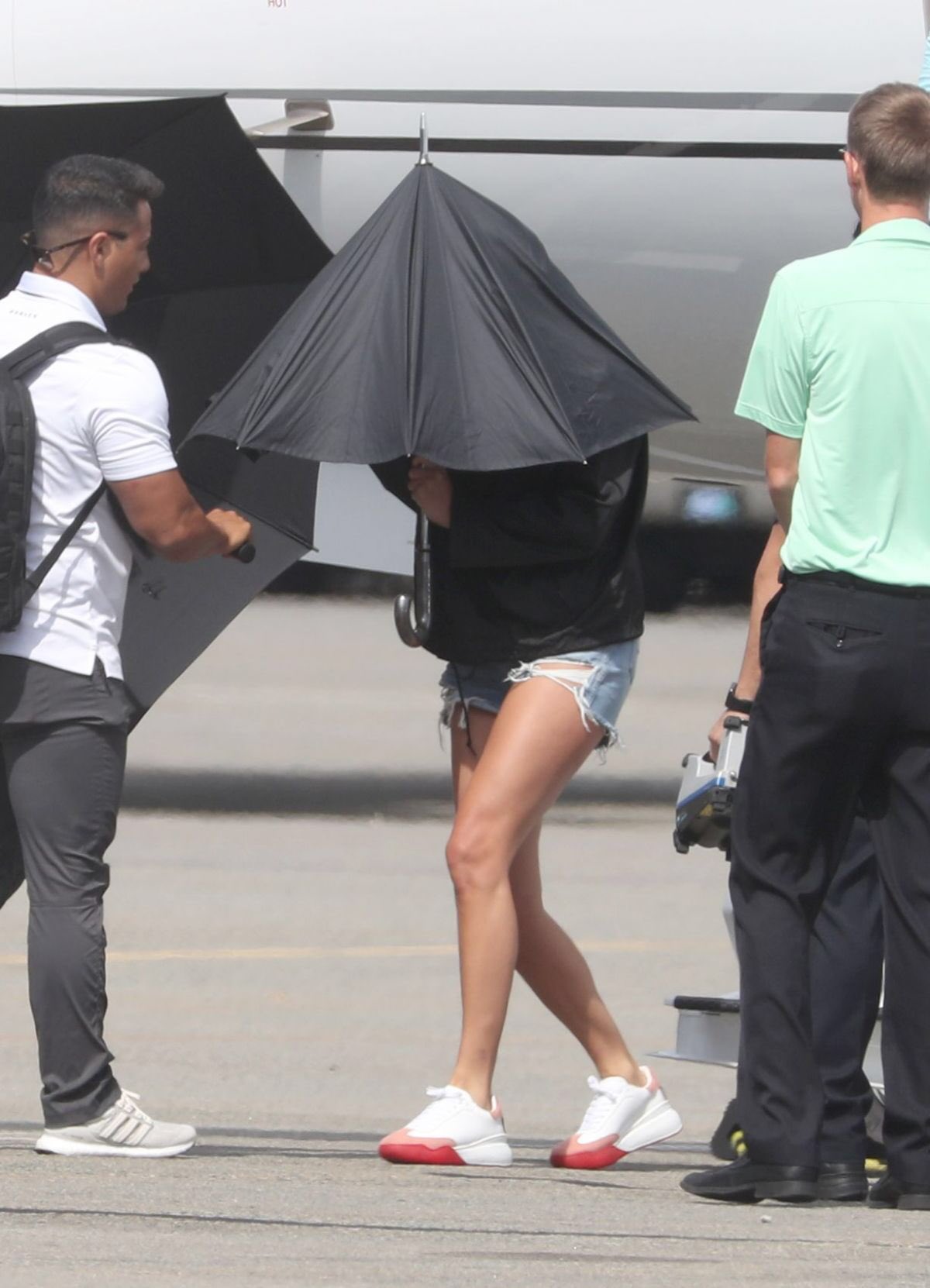 She said that she had to “deconstruct an entire belief system” to find out who she was. Swift has become more vocal about the things that matter to her, including politics, which is something most celebrities stay away from.

She came out in support of Hillary Clinton in the 2018 election as she wanted to “be on the right side of history”.

Although she might have had her differences with being hiding from paparazzi at some point, when she did face the camera, she did so with a lot of confidence and elegance.