Rebel Wilson Weight Loss: Everything About Her Transformation

When you are in the limelight, you are supposed to be in your best shape. Just like all of us, celebs also go through fluctuations in their body weight. At the end of the day, we all strive to be the best version of ourselves. Today, we are going to talk about Rebel Wilson’s incredible weight loss journey. 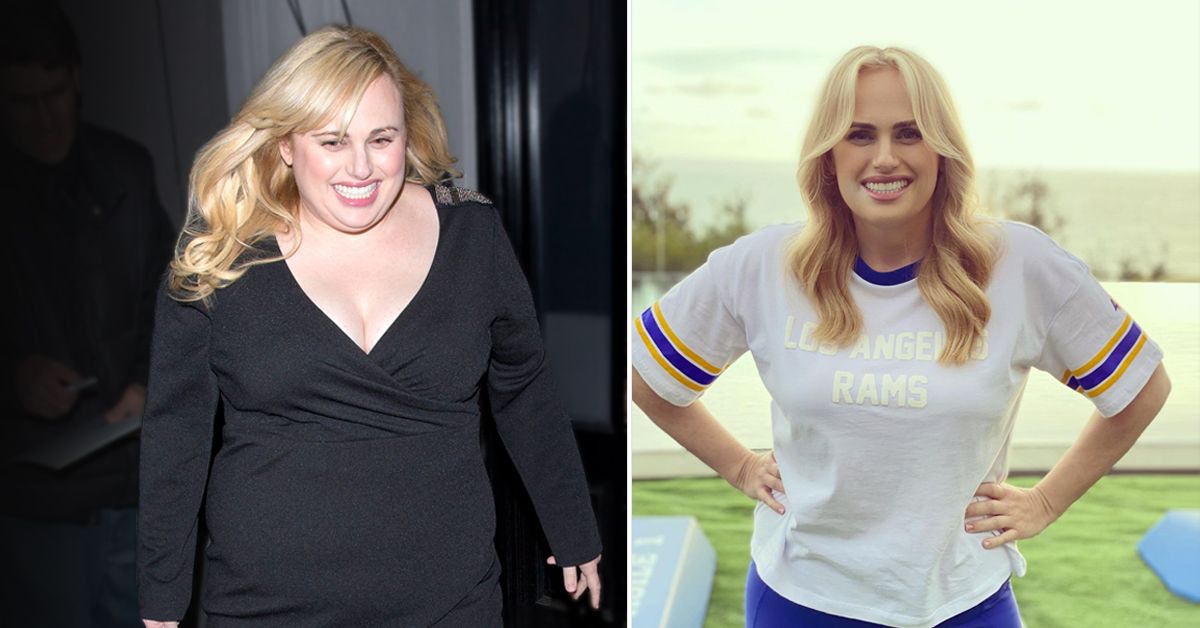 Rebel Melanie Elizabeth Wilson is an Australian actress, comedian, writer, singer, and producer. She was born on March 2, 1980, in Sydney, New South Wales, Australia. She is best known for playing the role of Fat Amy in the musical comedy Pitch Perfect film series (2012–2017). She even bagged the MTV Movie Award for Best Breakthrough Performance and a Teen Choice Award for Choice Movie Actress for her performance as Amy.

To date, Wilson has starred in several comedy movies such as What to Expect When You’re Expecting, Struck by Lightning, Isn’t It Romantic, How To Be Single, Fat Pizza, and Bachelorette. All you need to know about Rebel’s weight loss journey

In an interview with BBC, Rebel stated that she has always been confident in her skin but she had a few concerns about the health effects of being overweight. She said, “I knew deep down inside that some of the emotional behaviors I was doing wasn’t healthy. I did not need a tub of ice cream every night.”

Wilson further added, “That was me numbing my emotions using food, which wasn’t the healthiest thing.” She finally decided to make some changes in her lifestyle. In the past, she has also said how her polycystic ovary syndrome caused her to put on weight in her twenties. 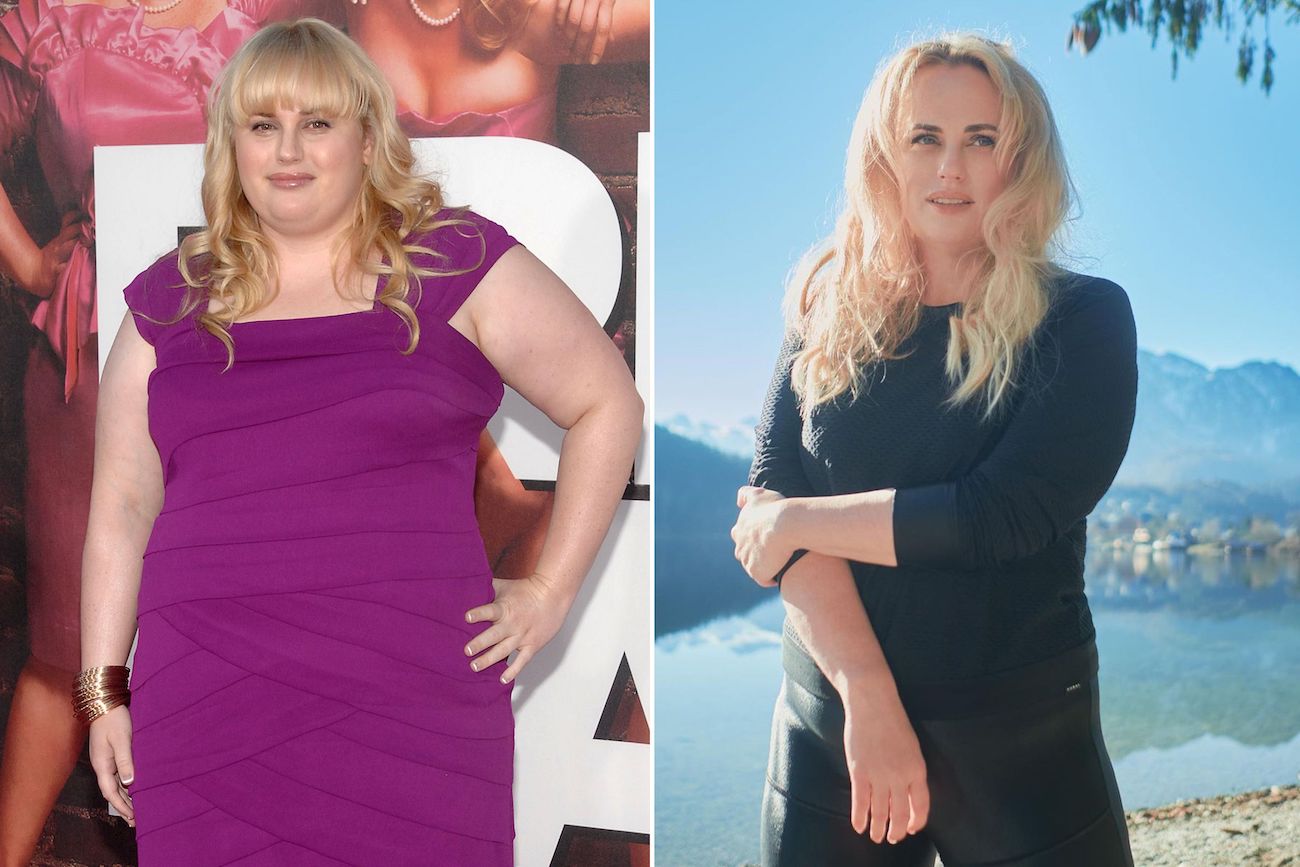 During an appearance on an Australian radio show, the Hollywood star said: ‘I theme my years, last year, and yeah that didn’t work out. So I was determined that this year is the year is health and I’m determined to succeed in this mission.’

The Pitch Perfect star Rebel Wilson declared the year 2020 as her ‘Year of health’ on the social media platform Instagram. She even dropped her specific weight loss goals on the platform. We must say that Rebel’s weight loss journey is just commendable.

“Okay so for me 2020 is going to be called “The Year of Health” – so I put on the athleisure and went out for a walk, deliberately hydrating on the couch right now and trying to avoid the sugar and junk food which is going to be hard after the holidays I’ve just had but I’m going to do it! Who’s with me in making some positive changes this year?”, she captioned the post.

The actress began documenting her exercise sessions and she would often share clips of herself in the gym as well as on hikes on Instagram as she thought of sharing her journey with her fans all over the world.

How did Rebel lose nearly 80 pounds?

Rebel’s trainer Jono Castano Acero stated that Rebel was undergoing grueling sessions but he admitted that she was keen to take on the new lifestyle and she worked hard for it.

The actress did different kinds of workouts, one time she posted a video of a stair challenge workout. She wrote, “@jonocastanoacero just put me and @hugh_sheridan through an epic Opera House stair challenge workout! We did 30 laps! Also walked to and from the Opera House as a warm-up/ cool down 🥵 (last week I could only do 25 laps …sooo already improving)” in the caption of the post.

Wilson followed a strict regime, and she worked out consistently. She would do squats using a medicine ball, battle ropes, and many other exercises. A few months later,  another of her trainers, Gunnar Peterson told People magazine in October 2021, that Rebel ‘got really serious about her workouts’ early on in the journey.

At that time, Gunnar told People, “And when she went to do her last three projects, she was with me for a few months, and then she’d be gone for a couple months, and I don’t worry about her. She has locked in. It’s the best. ”

Wilson did not go for the Mayr Method to lose weight

The speculations about Wilson using the Mayr Method to shed those extra kilos began swirling in the air at one point. Rebel debunked all those rumors spiraling around the Mayr method that revolves around a diet based on the “Mayr Cure” created by Dr. Franz Xaver Mayr, an Austrian physician, nearly 100 years ago.

Mayr thought that a large majority of people are poisoning their digestive systems with the foods they eat and how they eat them. So the goal of his method was to improve health through digestion. 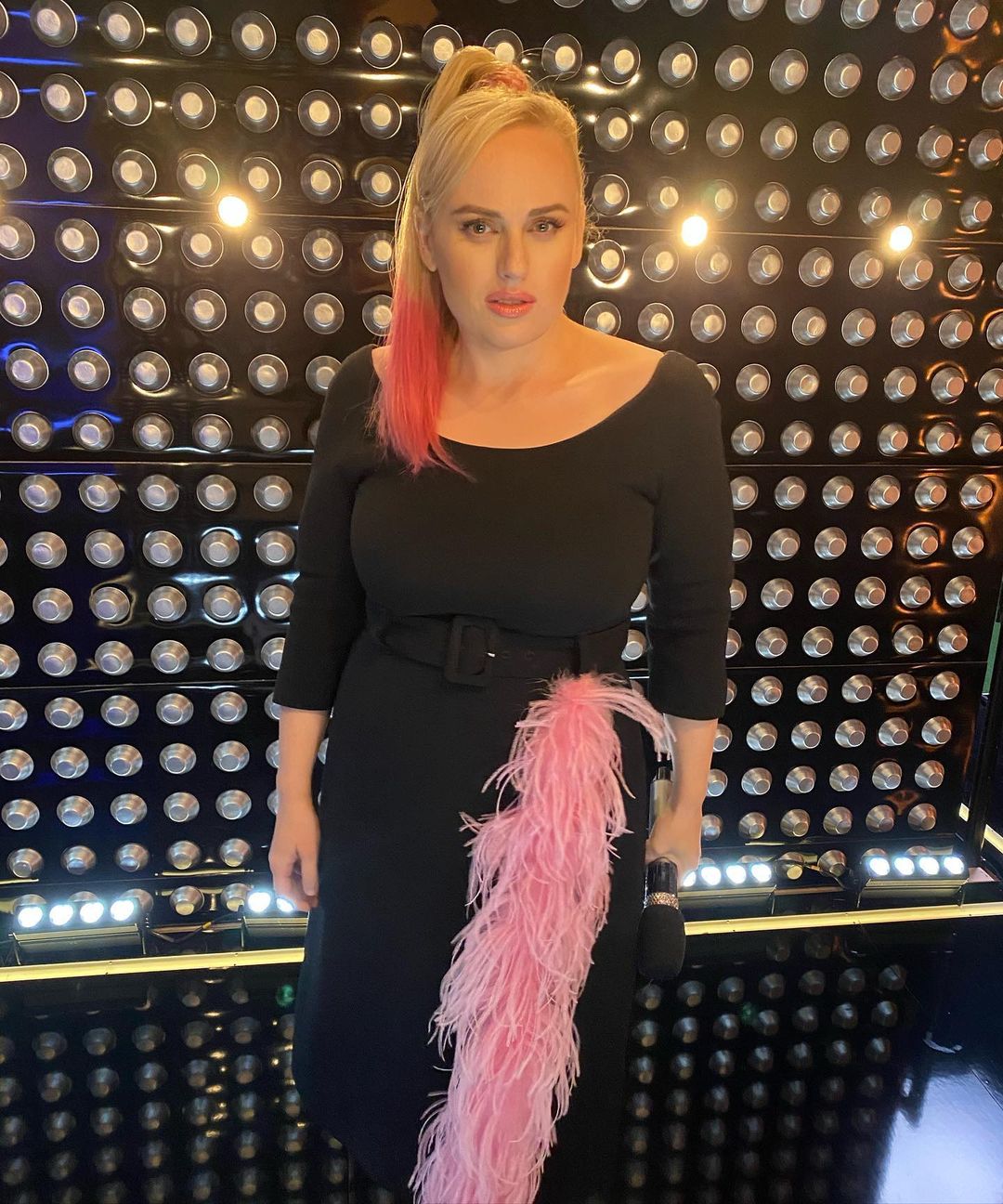 Rebel took to her Instagram to clear the air and set the record straight once and for all. She said, “This was NEVER my diet. Also have NEVER endorsed any diet pills or magic weight loss pills. Do NOT want anyone to get scammed.”

In an interaction with People, the 42-year-old spilled the beans on her high-protein diet and she also disclosed that she used to consume nearly 3,000 calories every day before.

The Hustle actress said, “Before I was probably eating 3,000 calories most days, and because they were normally carbs, I would still be hungry. So, I’ve really changed to eating a high-protein diet, which is challenging because I didn’t used to eat a lot of meat. I eat fish, salmon, and chicken breast.” 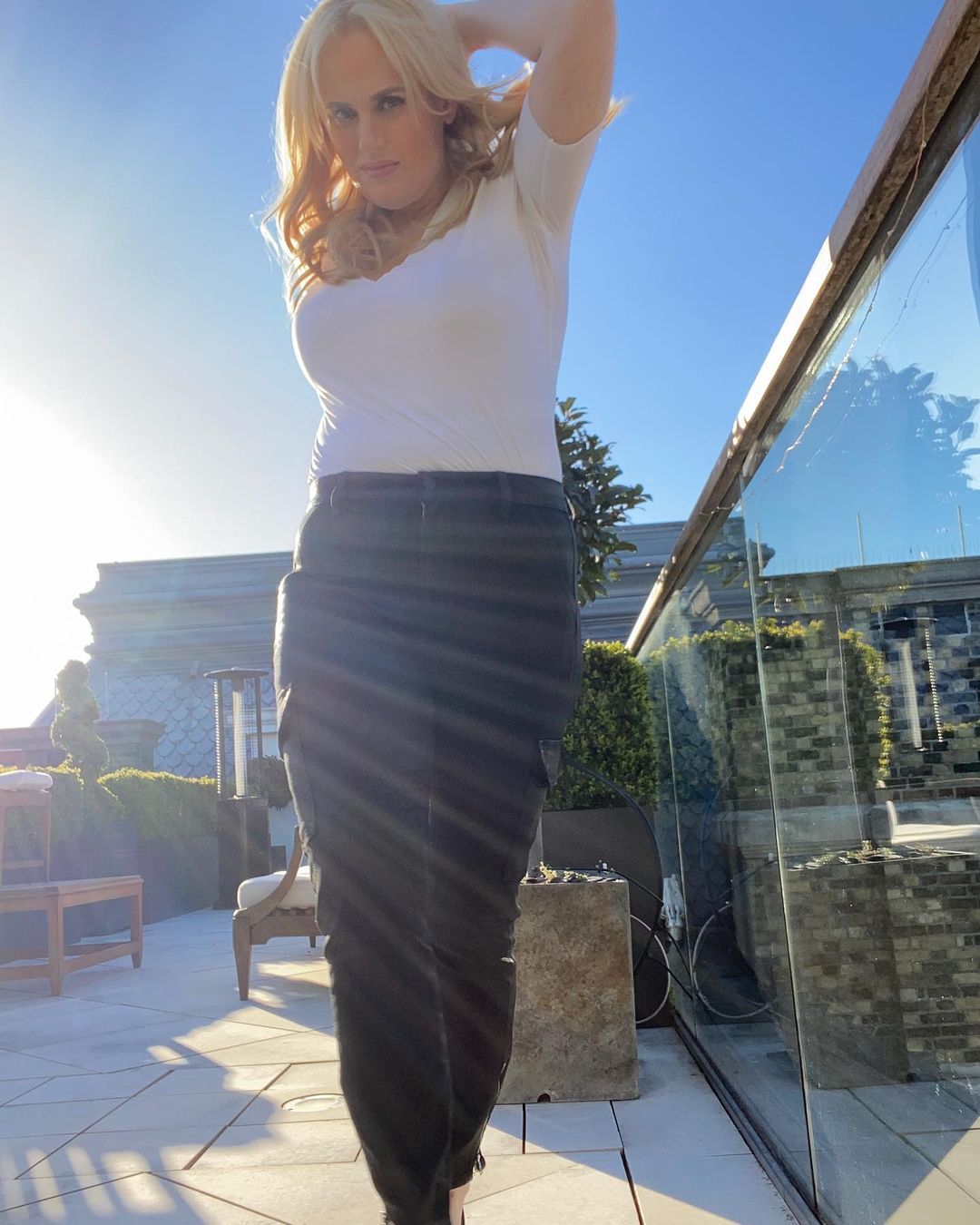 Rebel also credited the coronavirus pandemic for helping her slow down and change her bad habits with the good ones. She said, “I definitely think with the slow down, it did help. I think I was emotional eating, and overeating at times, because I wasn’t loving myself enough either. And it does come down to that self-worth and self-love.”

But Wilson did not deprive herself of food. She further added, “I’m just trying to go for overall balance, overall healthy balance. I have this state of being, which is not my quote, but I go ‘Nothing is forbidden.’ We’ll be like, ‘Should we get In-N-Out burger?’ And I’m like, ‘Nothing is forbidden.’ I can go there, I just might eat half of what I used to eat before. You know? And I’ll have a burger, and a few fries, and then you feel fine.” 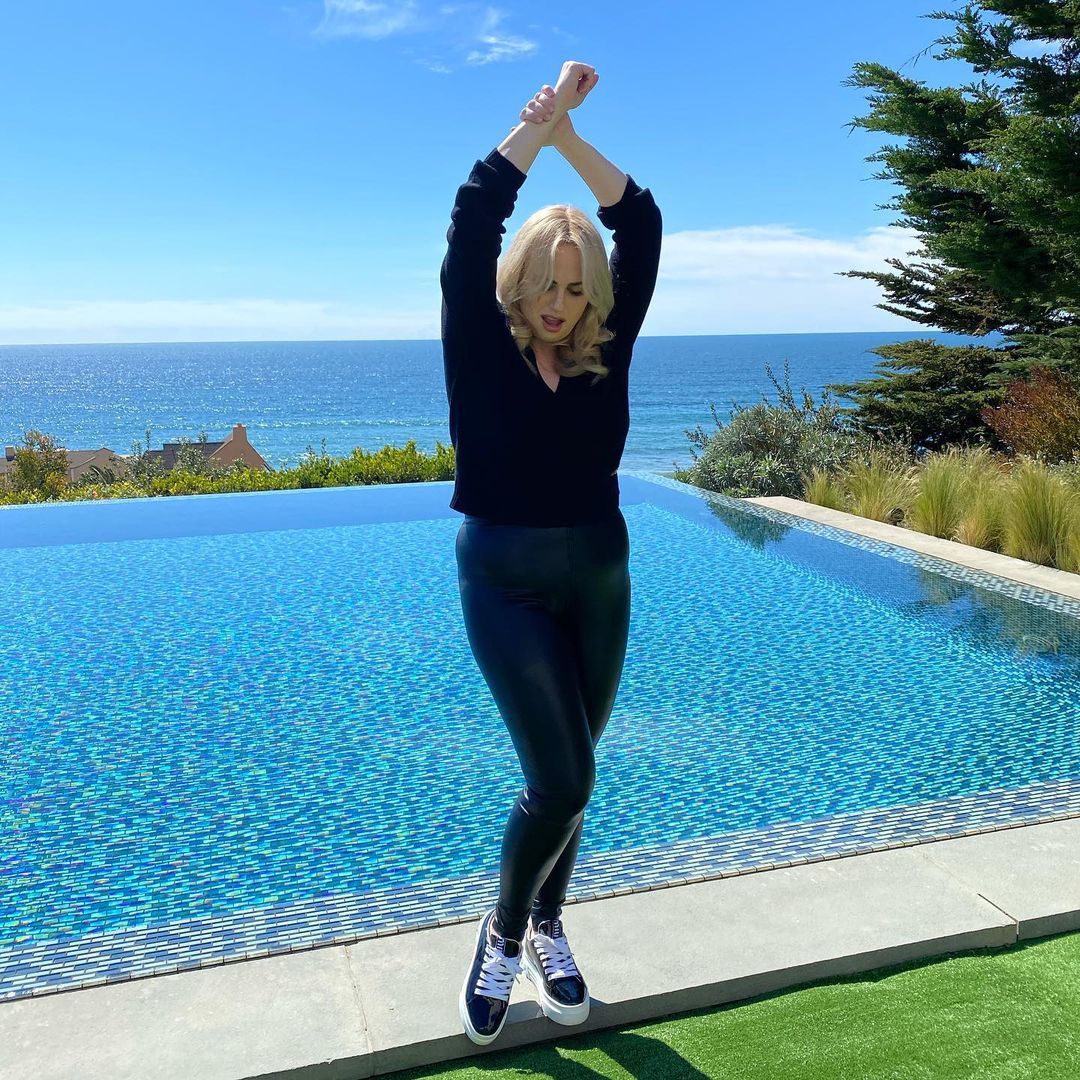 Rebel thanked all her fans for their support

Wilson wrote, “Thanks for all the love so far on my “Year of Health” journey – when I was reaching for the candies last night after dinner I thought to myself “hmmmm…better not” and had a bottle of water instead x 8kg’s to go until I hit my goal – hopefully I can do it by the end of the year x”, in a post on Instagram.

What did Rebel Wilson have to say about her transformation?

During an interview on the Australian radio show The Morning Crew with Hughesy, The Australian native spilled the beans on her incredible weight loss journey and the impact of her journey on her mental health as well.

Rebel was asked by Ed and Erin how people looked at her differently post the brilliant transformation. She said, ‘Sometimes being bigger, people didn’t necessarily look twice at you. Now that I’m in good shape, people offer to carry my groceries to the car and hold doors open for you.’ 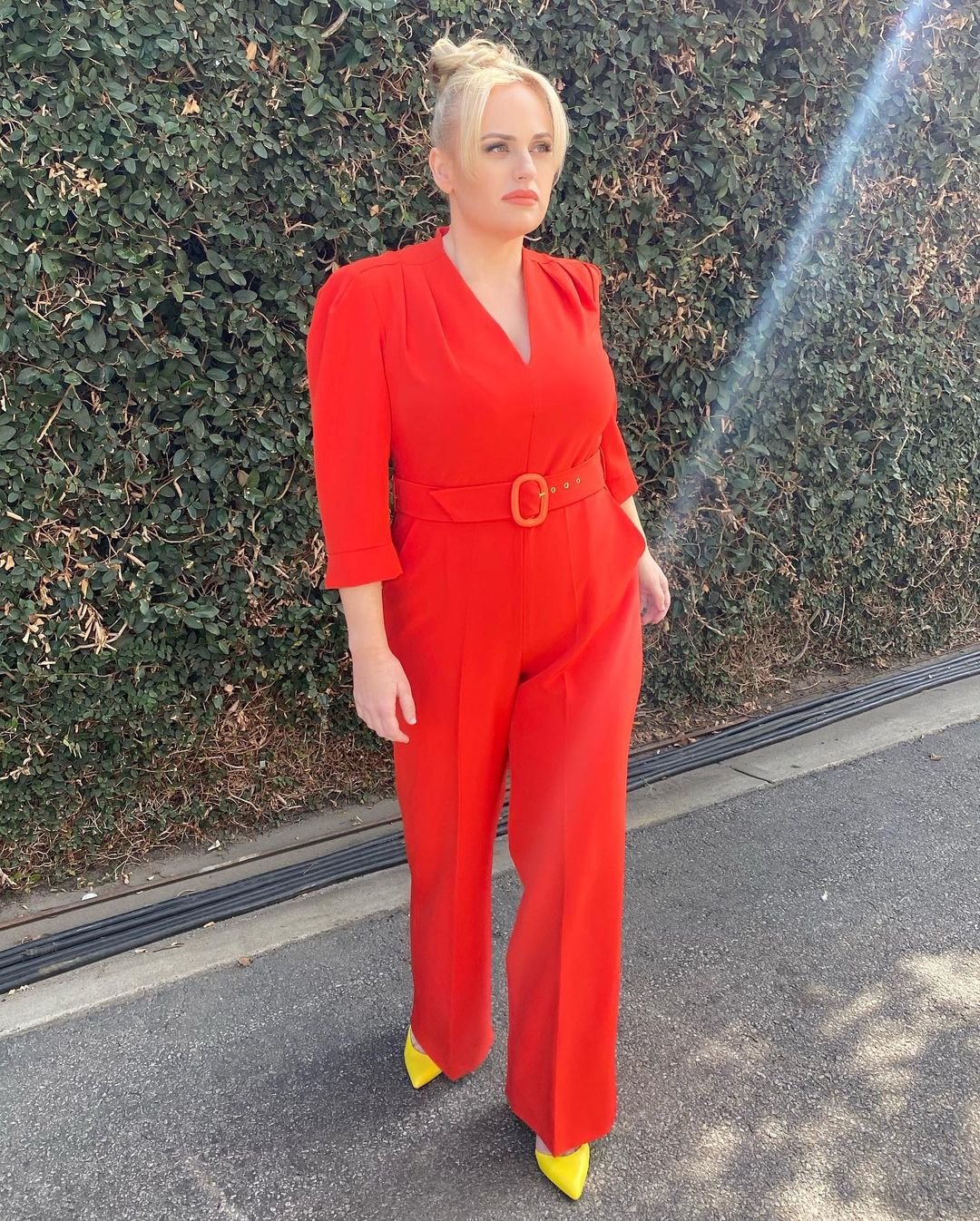 At that time, Rebel also wrote, ‘Hit my goal with one month to spare! Even though it’s not about a weight number, it’s about being healthy, I needed a tangible measurement to have as a goal and that was 75kg’s’ on the social media platform Instagram.

A close source told Hollywood Life, ‘It’s all about maintaining a healthy lifestyle and continuing to push herself physically, because she loves how strong and healthy she feels. Even when she’s having a bad day, she’ll force herself to put on her workout clothes and get out there.’ 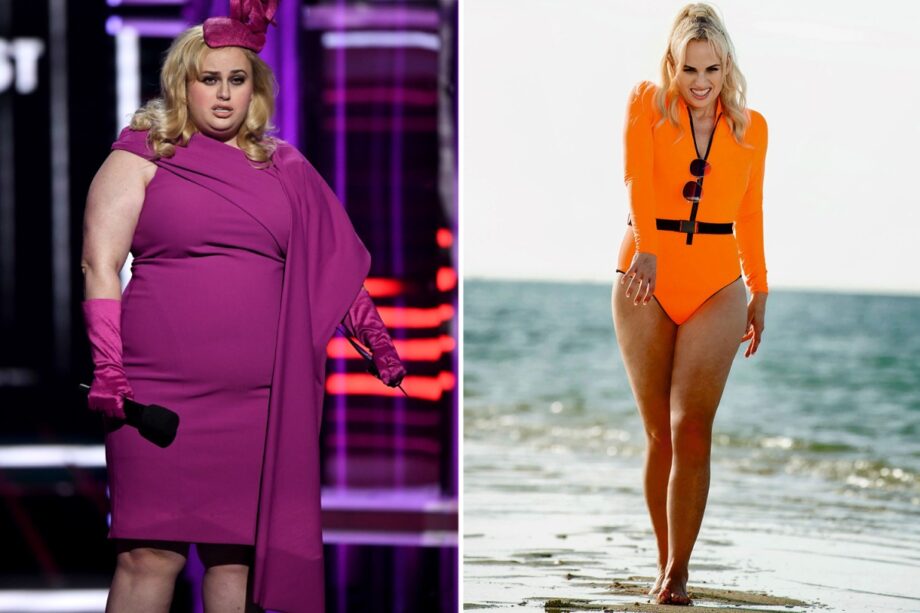 Rebel dazzled in red at the BAFTAs 2022

Wilson told the star-studded audience at the BAFTAs 2022 that she had undergone quite a transformation over the last two years. She took over the stage of the awards and said, ‘I might look a little different from the last time you guys saw me here.’

The actress continued, ‘That was two years ago and since then I have done quite a transformation. I hope JK Rowling still approves.’ She jokingly said, ‘Everybody is asking me: ‘Why did you lose weight?’ and I was like: ‘Really it was to get the attention of Robert Pattinson.’ 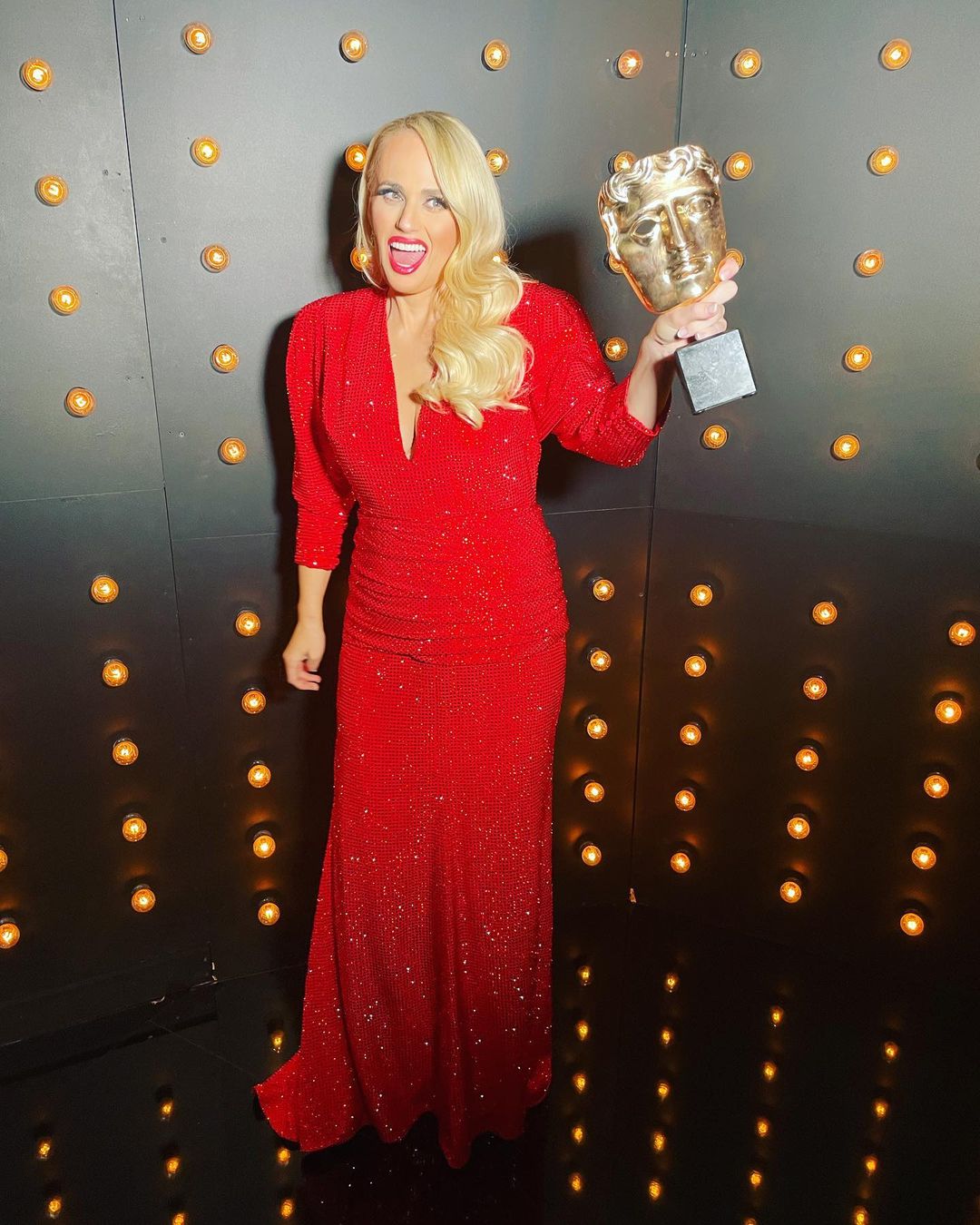 The hard work of Rebel Wilson paid off as she managed to achieve her goal. We are so happy for Rebel and we think she did an amazing job and she prioritized her health in all aspects.

Did the weight loss journey of Rebel inspire you? Do let us know what you think in the comments section below. Don’t forget to stay tuned with us for the latest updates from the world of showbiz.