Olivia Culpo’s Drinking Challenge With Her Sibling May Have Failed, But It’s Worth Trying!

American fashion influencer Olivia Frances Culpo is known for her fun-loving personality. Well, the 30-yar-old influencer has, time and again, proven to her fans that life is lifeless without fun. Here is a funky drinking challenge that Olivia and her sibling Aurora Culpo may have failed at, but it’s worth trying. 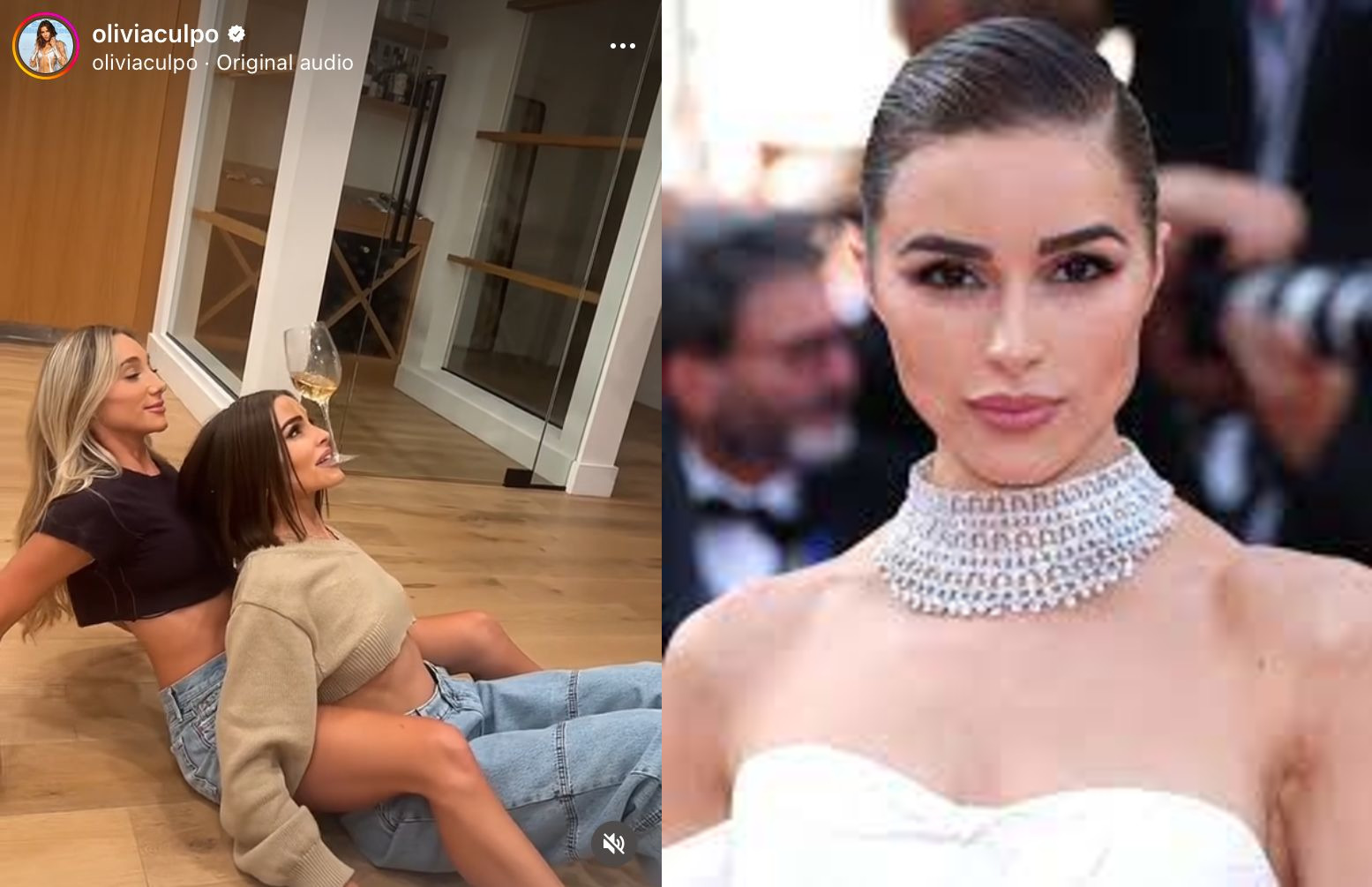 Sharing Is Caring, But Don’t Break It!

Planning some funky party challenges with siblings? Olivia Culpo is here to inspire. The 20-year-old influencer took to her Instagram today (Aug 11) and shared a funky drinking challenge that you can do with your siblings, pals, lover, stranger or whoever. But hey, you gotta trust each other’s moves.

Olivia posted an Instagram video today, wherein she can be seen trying a funky drinking challenge with her sister, Aurora Culpo. She captioned it:”#fail @auroraculpo”. In the video, the two gorgeous siblings can be seen sharing a glass of wine, but in a funky way.

As Olivia flexed her curves with her sister behind her, while holding her wine glass between her teeth, she was all set to feed her thirsty sister. They were almost there, but oops! The wine glass broke. You look at that move and you’d instantly fall in love with this challenge. Well, for me, it’s some next party challenge for my pals.

Fans and celebrities immediately took to her comment section and started expressing their views on this failed stunt. Lisa McCaffery wrote: “This should be an Olympic sport. 😂. Dominick Pucciarello wrote: “that is NOT a FAIL… that’s is like…. I’m impressed…”. Some fans started tagging their friends and siblings as they saw it happening to them. Her video has already received more than 56k likes in just two hours.

Olivia Culpo Is A Beauty! Later, the fashion influencer went on to attend the Brevard Music Center, in Brevard, North Carolina for two summers and performed with the Boston Accompanietta. Olivia won the 2012 Miss Rhode Island USA competition, and this was her debut pageant. She went on to win the Miss USA pageant in the same year. Olivia also represented the United States at the 2012 Miss Universe pageant in Las Vegas. After winning this competition, she became the eighth representative from the U.S. to have won the title and the first since Brook Lee in 1997. FYI, she is the first Rhode Islander to win this title.

Culpo became a social media personality after gaining a significant following on Twitter, YouTube and Instagram. She has partnered and collaborated with various beauty and fashion brands like Kipling, L’Oréal, and Uberliss as an influencer. As for her filming career, Culpo had roles in the films like The Other Woman, Reprisal, and a lead role in Venus as a Boy. What do you think about her drinking challenge? Worth trying, isn’t it?