At 55, Nicole Kidman has established that she is irreplaceable. Katie Grand’s “Perfect Magazine” latest cover is on fire, courtesy of Nicole Kidman’s perfect stance and jacked arms. From perfect arms to her perfect physique, the Academy Award winner is slaying on the magazine’s cover wearing a Diesel fall 2022 micro mini and halter tank. Read on to know about Nicole’s perfect photoshoot. For The Perfect Celebration…

According to Perfect, the latest issue’s theme – dubbed #PerfectCelebration, is dedicated to celebrating the most outstanding figures in popular culture, across fashion, TV, music, art, politics and design. And guess what, Nicole Kidman is flaunting her perfection on The Perfect Magazine’s latest cover.

Nicole Kidman has emerged on the cover of a magazine flaunting incredibly jacked arms. The 55-year-old Australian actress cut a vastly different figure in a photo shoot for Perfect magazine’s third edition, which hits our shelves on September 1.

In the latest edition, The Being The Ricardos star can be seen wearing a tight-fitted halter-neck crop and mini skirt in the spread, with the publication honouring her with its ‘Perfect Icon’ award.

Nicole Kidman has often been described as elegant, beautiful and graceful, but buff? We didn’t know she’s be slaying in her jacked arms at 55! The caption reads: “Love: We celebrate Nicole Kidman, The Perfect Icon.” In another shot shared by the magazine, the 55-year-old stuns in a black Y/Project outfit that includes thigh-high heeled boots. 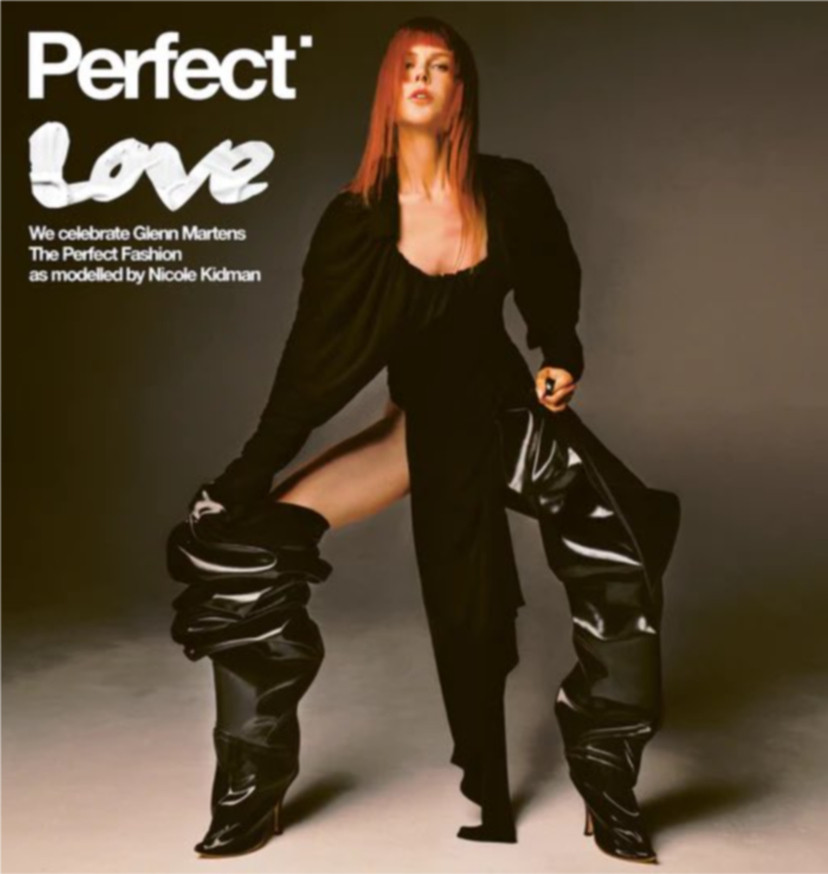 As for the shoot, the cover shoot is done by Zhong Lin, with the magazine due to hit the stands on September 1. When Perfect posted the cover shot to Instagram, followers went wild over the image. Flex emojis poured amongst comments such as “NO WAY”, “iconic!” and “I”M SHOOK! Well, I surely am shaken and so are her fans.

Perfect Than The Vanity Shoot… If you don’t know, this isn’t the first time that Nicole Kidman has transformed her physique for a cover pic. At the beginning of this year, Nicole was Vanity Fair‘s leading lady for their 28th annual Hollywood issue, but the cover was met with backlash.

With her toned limbs (and abs) on full display, Kidman was styled in a tiny Miu Miu mini skirt and crop-top paired with socks and heels – an outfit she recently revealed was of her choosing. “I showed up and they had another outfit for me and I was like, ‘No, no, I like this one! Am I allowed to wear that?’,” she said in a conversation with Vogue.

However, this cover shoot was met with a lot of criticism as many people continued to slam her for looking like a ‘school girl’. They believed that a look like this was not appropriate for an Academy-winning star.

“Nicole Kidman is incredible but this styling is terrible. I’m shocked she agreed to this,” a person wrote on the Instagram post while another said, “Who thought this was a good idea? The mind boggles. More perplexed Instagrammers labelled Kidman’s look “absolutely creepy,” “horrible” and “a mess.”

But hey, her present look in the “Perfect Magazine” has shut down the haters too, who cannot stop praising Nicole for looking like a boss lady. And yes, in the magazine’s first-ever awards, Kidman has aptly crowned ‘the Perfect icon’. Well, she’s ain’t ageing for sure! What do you think?