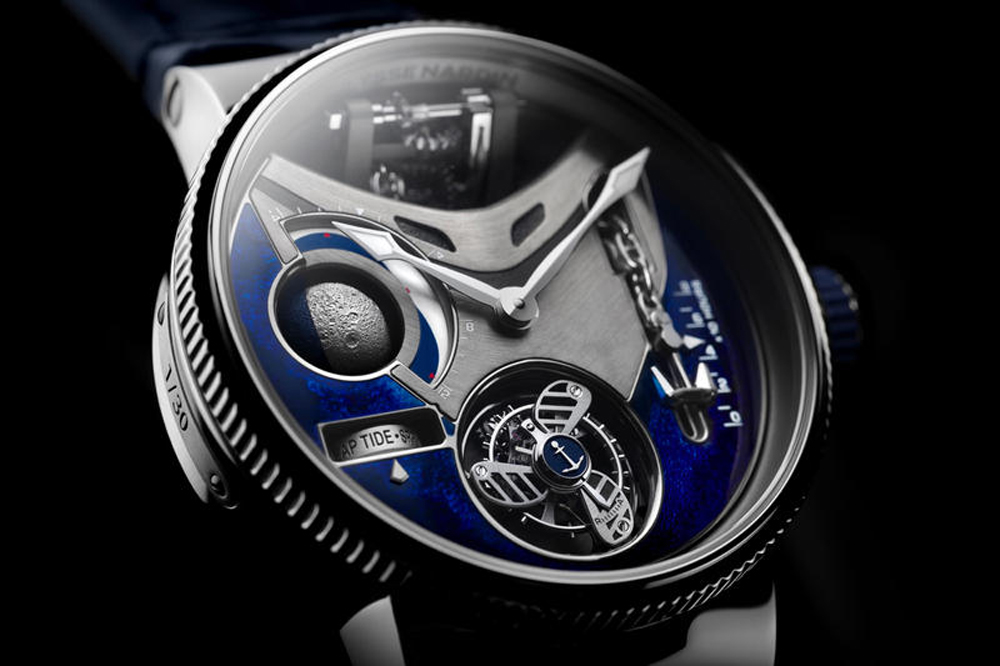 A nice watch will cost you a reasonable sum, but some watches make even a $20,000 price tag look like a small amount. The most expensive watches in the world, regardless of whether they’re encrusted in diamonds or designed for royalty, are these imposing timepieces.

These amazing constructions may cost as much as 55 million US dollars, easily crossing the multi-million dollar threshold. It’s not only the pricing that makes these clocks so desirable. In this article, we’ll discuss the Top 10 Most expensive watches in the world. 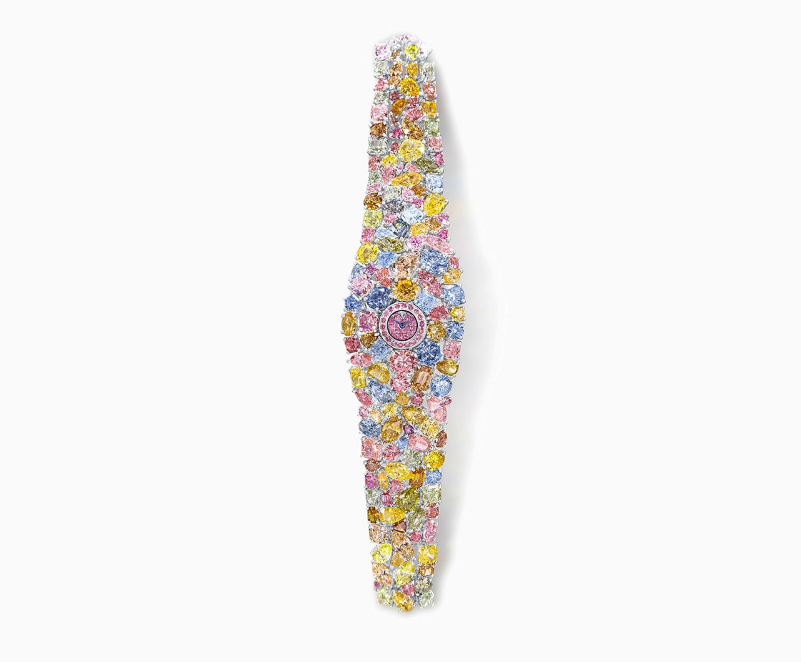 Graff Diamond’s masterpiece holds the record for the costliest watch ever created. This is a magnificent and surreal hallucination, as the name indicates.

Incorporating 110 carats of variously cut and colored diamonds in various shapes into a platinum bracelet, The Hallucination elevates the realm of luxury to a new level. It’s nearly impossible to keep this watch as a regular time teller, but there’s a little dial in the center of all the shine.

A team of designers, gemologists, and master craftsmen put in tens of thousands of hours to create the Hallucination, which was unveiled at Baselworld 2014 for an eye-watering $55 million. 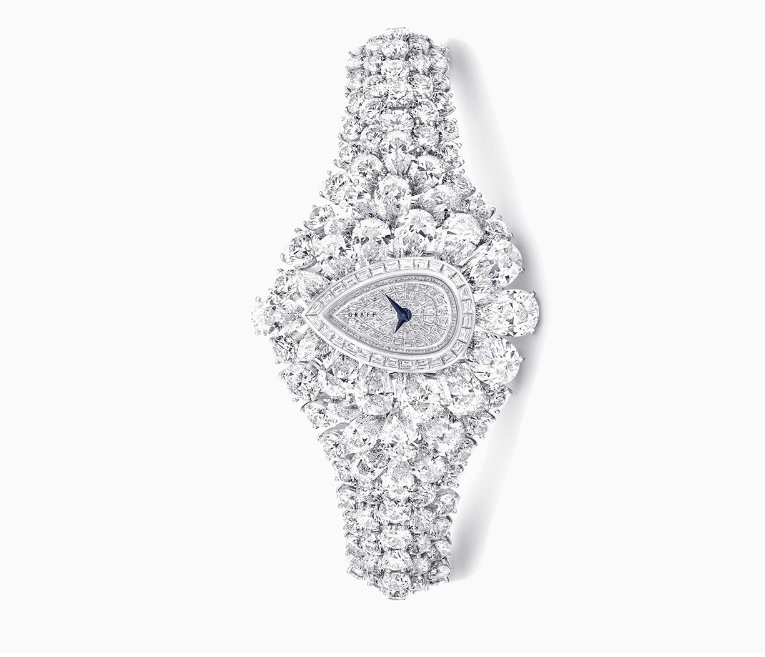 If you’ve had $40 million lying around and you prefer a traditional-looking diamond watch, this could be the watch for you. This masterpiece by Graff Diamonds comprises 152.96 carats of white diamonds.

A 38.13-carat pear-shaped diamond ring is removable from the center of the watch! This can act as a watch as well as a bracelet. Which one would you like to wear it as? 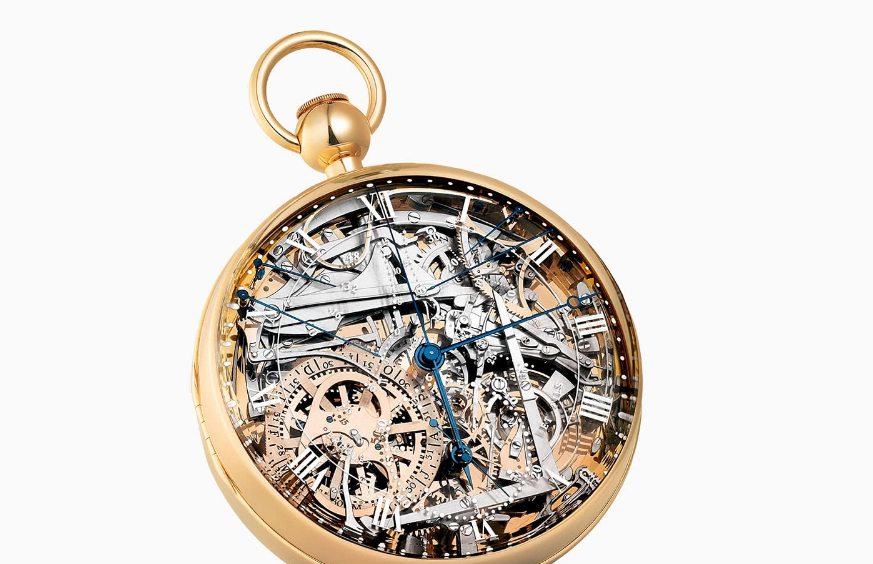 Breguet’s pocket watch has a fascinating backstory. The work was commissioned in 1783 by an unknown admirer of Marie Antoinette and had no time or monetary restrictions placed on it. The sole instructions were to utilize gold wherever feasible and to include as many and different complications as possible. 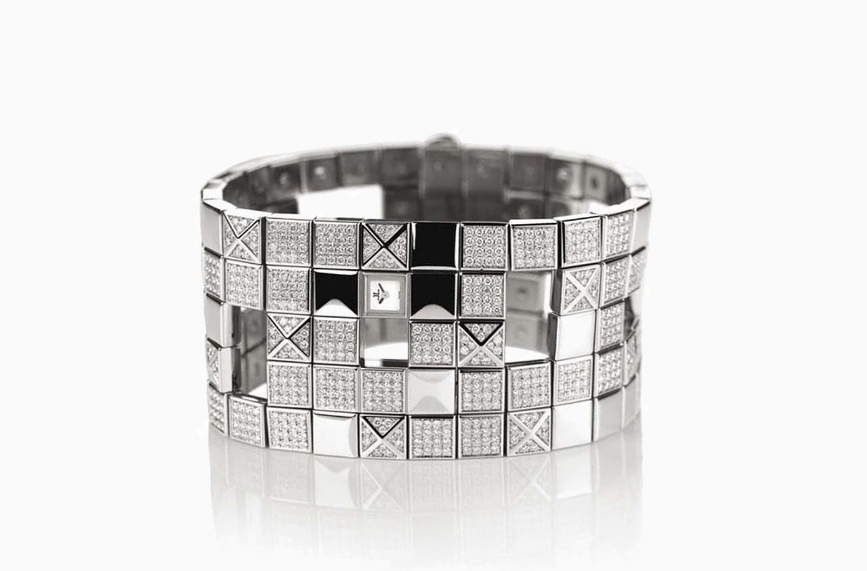 If we tell you that Jaeger-LeCoultre, one of the world’s most prestigious watchmakers, created this stunning timepiece for Queen Elizabeth II to mark her 60th year on the throne, you’d have an idea of what to anticipate.

Indeed, this watch deserves to be worn in the state chambers of ancient palaces, as well as special state occasions. This is because of its entirely unusual profile, fashioned from white gold and a succession of polished and diamond-set links, with a minuscule caliber of 101 movements (smallest in the world). 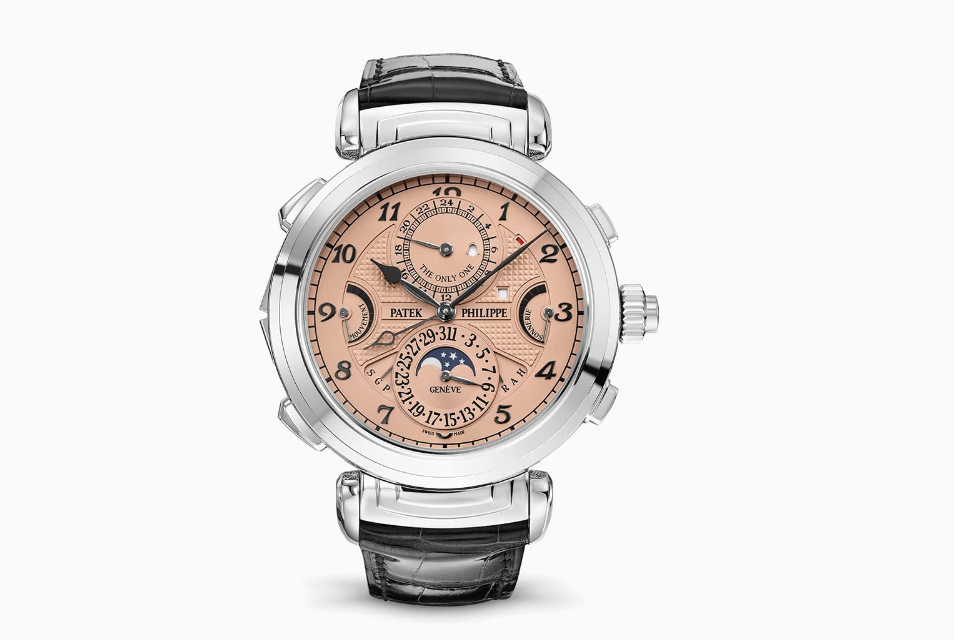 By defeating the Paul Newman Rolex in a five-minute auction battle, Patek Philippe’s Grandmaster Chime became the most expensive wristwatch ever sold at auction.

The total amount decided was $31 million in expenses. Then, you might argue that you’re getting two watches at this price, which is kind of decent in value. The Grandmaster Chime has two dials (one on the back) and 20 various functions, including the titular chiming modes, so think of it as very expensive. You get one free when you buy this watch. It’s a set of two. 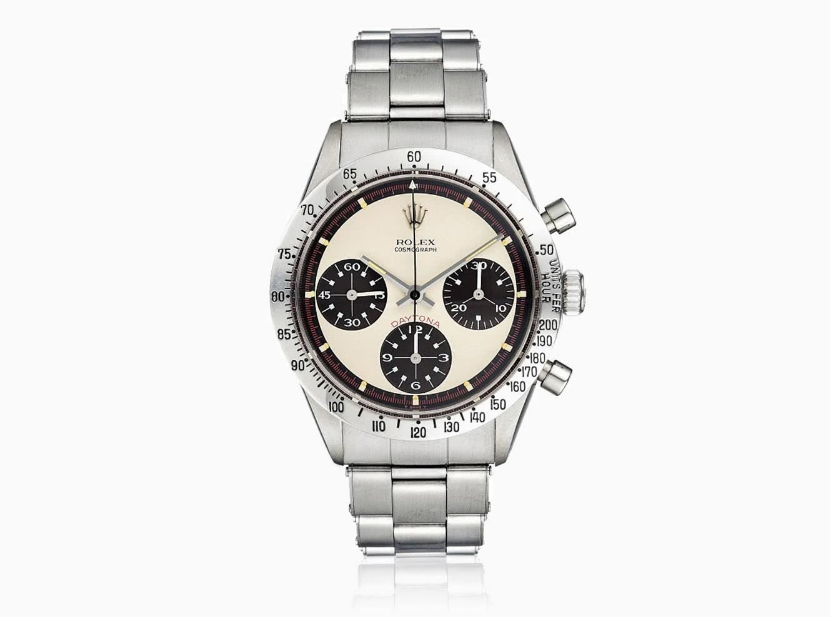 Paul Newman, an actor, director, racing car driver, and dispenser of exquisite condiments, was the original owner of this Rolex watch. First released in 1963, the design is considered the most iconic racing watch.

Actress Joanne Woodward, Paul’s wife, gave him the watch in 1969, inscribed with the words “Drive Carefully” on the backside. Over the following 15 years, he would wear this watch in hundreds of contests. This watch makes it the most expensive watch because of Paul’s undeniable cool-guy status, Hollywood history, and many more. 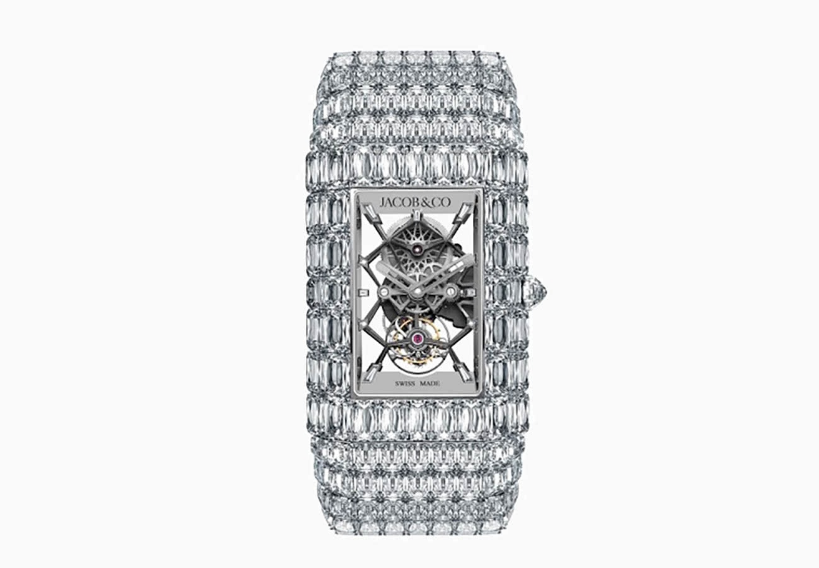 This masterpiece, it’s covered with Akosha diamonds, which give each stone the appearance of being 30 percent larger than it is, totaling 189 carats. In addition, the skeleton face reveals the tourbillon movement’s 167 components and 18 jewels, which are handcrafted.

One last rose-cut diamond adorns this extravagant timepiece. No doubt why Floyd Mayweather decided to buy it. 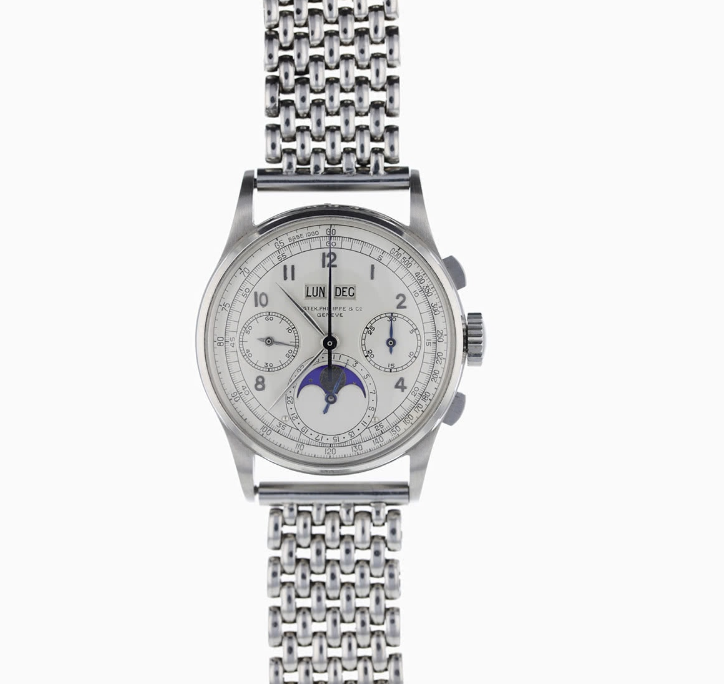 The first-ever perpetual calendar and chronograph were features of the Patek Philippe Stainless Steel, making it a historical watch. This makes this article worth collecting.

A unique feature of this clock was the usage of stainless steel, a material uncommon in premium watches. When all of these factors come together, you have a unique watch from one of the world’s foremost materials. 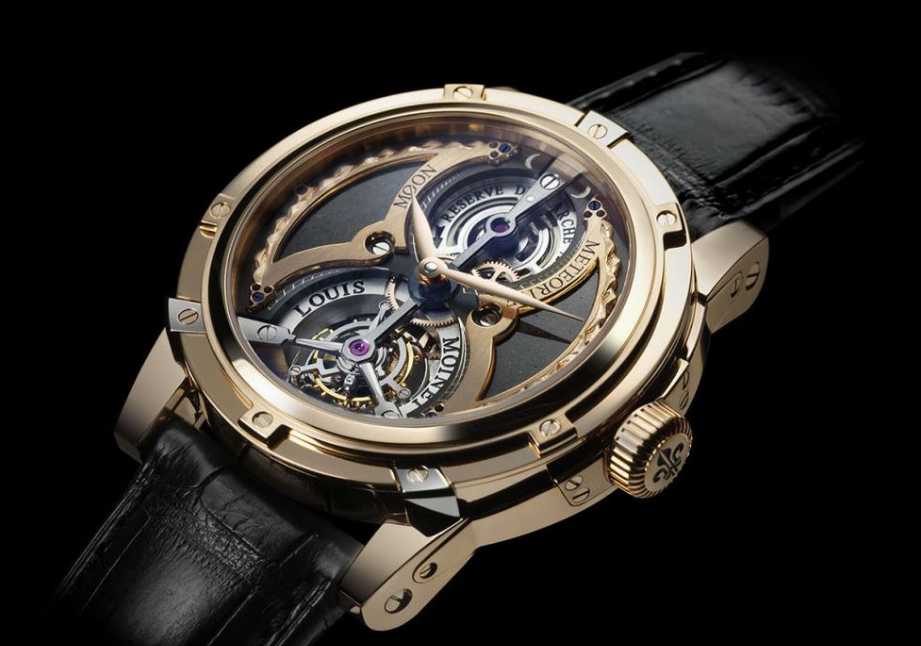 The extravagant price tag of the ‘Meteoris Collection, named after Louis Monet, the famed 18th century-born inventor of chronograph watches, is quite appropriate.

With the addition of precious stones and meteorites to the dials of a set of four watches, the collection is unique. For example, the ‘Tourbillon Mars’ features a piece of Jiddat al Harasis 479 meteorite – a genuine, 180 million-year-old chunk of Mars that fell to Earth – in its display case. 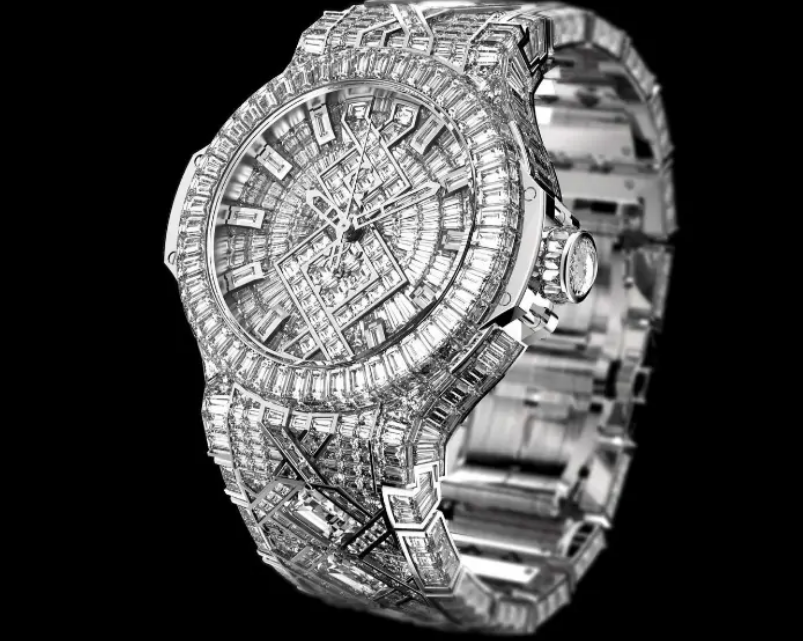 The Hublot Big Bang could be perfect for you if you’re looking for a little sparkle in your life. A New York City jeweler with 40 years of expertise hand-cut 1280 three-carat diamonds for this $5 million watch.

Beyonce gave it to Jay-Z on his 43rd birthday as a gift. And this makes it even more opulent.

These are the most expensive watches in the world. Not only the material used makes a watch costly, but also the person using it. Which one of the above do you want in your wardrobe?

How Long Does it Take for Ear Piercing to Heal?