The winner of the 71st Miss Universe Competition has been declared. The coveted title has been won by Miss USA, R’Bonney Gabriel. The finale of the beauty pageant was held on Saturday night at the Ernest N. Morial Convention Center in New Orleans.

Gabriel, 28, hails from Texas and is a fashion designer, model, and sewing instructor. She beat 83 contestants from different countries to win the crown. Read on to know more about the pageant and the winner. 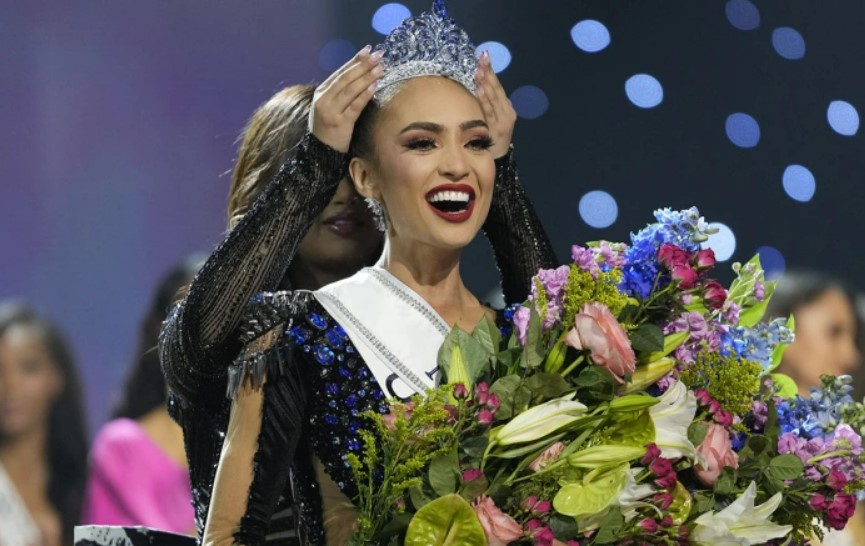 Gabriel was crowned by her predecessor, Miss India Harnaaz Sandhu, who won the international contest in 2021. Miss Venezuela Amanda Dudamel was announced as the first runner-up, and Miss Dominican Republic Andreina Martinez became the second runner-up.

The three beauty queens will be spending a year in Thailand, where they will work towards the mottos of the Miss Universe organization, including gender equality and equal rights for women.

The organization is said to be headed in a new progressive direction, focusing on concepts more important than just beauty, ever since Thai businesswoman, Jakkaphong Jakrajutatip, took over as the new CEO. 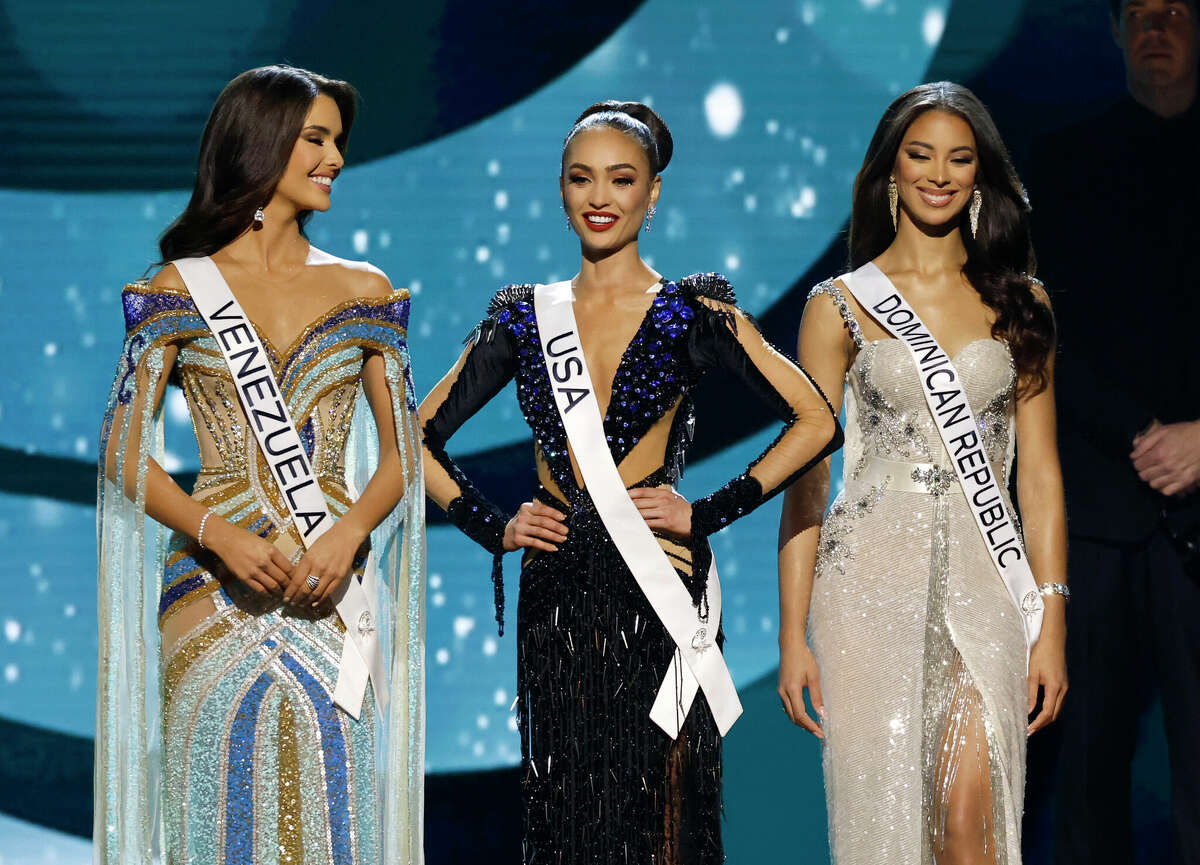 Though the 71st edition was held in 2023, the event corresponds to Miss Universe 2022. The pageant was postponed last year to avoid a clash with the 2022 FIFA World Cup in Qatar.

Gabriel is the First Filipino-Origin Woman to Win Miss USA

R’Bonney Gabriel is the first woman of Filipino origin to win the Miss USA contest. She was born in San Antonio, Texas, to Remigio Bonzon Gabriel, a Filipino immigrant who shifted to the US to pursue a degree in psychology at the University of Southern California. Her father apparently had only $20 with himself when he came to the country. 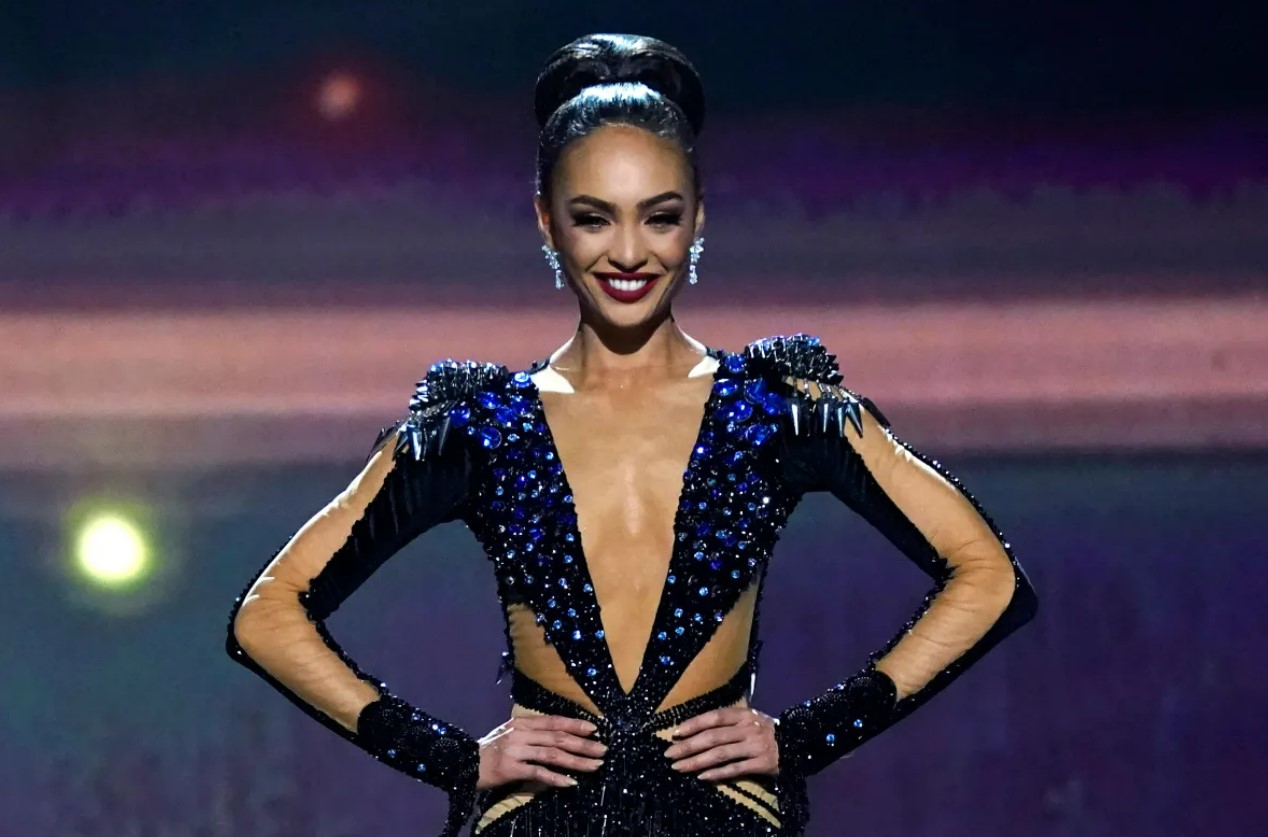 On her win, Gabriel received a new ‘Force for Good’ tiara, which consists of a 45.14-carat sapphire and 993 other precious stones. The crown is said to be worth $5.3 million, the most expensive in the history of the pageant. The winner was given a sash made from recyclable materials, another first for the competition.

In the final round of the pageant, Gabriel was asked, “If you win Miss Universe, how will you work to demonstrate this is an empowering and progressive organization?” Her reply to the question impressed the jury, making her the title winner.

The model had answered, “Well, I would use it to be a transformational leader. As a very passionate designer, (having) been sewing for 13 years, I use fashion as a force for good. In my industry, I’m cutting down on pollution through recycled materials when I make my clothing.” 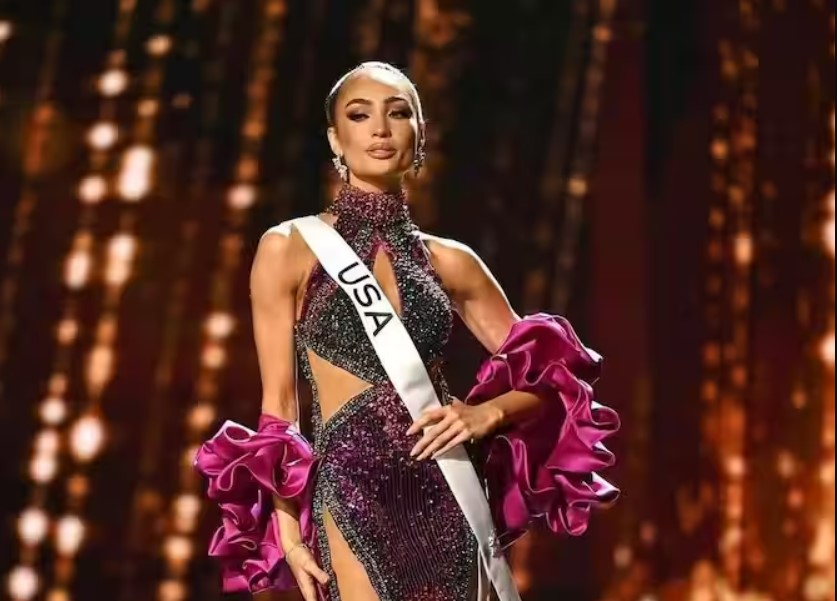 “I teach sewing classes to women that have survived from human trafficking and domestic violence. And I say that because it is so important to invest in others, invest in our community, and use your unique talent to make a difference.”

“We all have something special, and when we plant those seeds (in) other people in our life, we transform them, and we use that as a vehicle for change,” added the Miss USA 2022.