Michael Richard Pompeo aka Mike Pompeo is an American politician and businessman who served as director of the Central Intelligence Agency (CIA) for one year from 2017 to 2018 under former President Donald Trump. He was also the 70th United States secretary of state for three years from 2018 to 2021.

Mike Pompeo disclosed in a telephonic interview with Fox News Digital earlier this year in January that he lost more than 90lb (41kg) over the past 26 weeks. Pompeo said that this huge weight loss happened after he changed the lifestyle post completion of his term under the Trump administration.

There were pics all over social media of slimmed-down Pompeo at the time which also kickstarted speculation among the political circles and Republican fans if he is indeed a serious contestant for the 2024 presidential run.

Pompeo says he lost weight by himself with nutrition and exercise Pompeo further added that he lost weight all by himself with the help of self-guided workouts and being very disciplined towards dietary habits. He neither sought any kind of help from professional trainers nor through any surgery.

There is not an iota of doubt about his physical transformation however his claims that he made it possible just through tweaking his diet and exercise have created a huge stir among nutritionists and fitness industry professionals.

These professionals are of the opinion that it is not possible to lose such a big weight loss without any major life changes. One fitness expert said, “Ninety [pounds] in six [months] is unbelievable. especially for his age.”

Pompeo had no trainer or dietician during his weight loss journey

The 58-year-old American politician and businessman said that he lost the weight because he “stopped eating carbs to a large extent and tried to eat smaller portions”. The former director of the CIA has gone through several challenges in his career spanning more than three decades. He is a little skeptical to discuss his weight loss as he fears that he might put on all the pounds he lost.

“You can ask anybody on my team, they knew exactly what I was going to do: cheeseburger from room service. I went back to the room and kept working, and ate my cheeseburger. That was my pattern of life,” Pompeo said of his typical routine before he decided to lose weight. “When you work and eat, you just keep working and you just keep eating.”

Pompeo got the gym setup in the basement of his house

It all began last year in June 2021 when he stepped on the scale and realized that his weight is just pounds away from 300. Pompeo then decided to set up a gym in the basement of his house and outfitted it with a few dumbbells along with an elliptical machine.

He said during the interview, “I tried to get down there five, six times a week and stay at it for a half-hour or so. And that was nothing scientific. There was no trainer, there was no dietician. It was just me.” Pompeo prefers healthier food options like egg whites and turkey bacon rather than pumpkin pancakes during family holiday trips to IHOP. Pompeo reiterated that he is doing this not for the presidential run but for his own health.

Recently Chris Christie, ex-New Jersey governor lost 100lb in 12 months after undergoing Lap-Band surgery. Given the past track record as a historically unreliable narrator who misled the public on many occasions during his tenure as Secretary of State, this new weight loss theory seems too good to be true.

Milo Bryant, a 30-year fitness veteran said, “Not only is he being cagey about his own weight loss, but he’s making his results sound attainable. Now from a stress standpoint, he no longer has to work for Trump, so that may be something that allows him to access to a helluva lot less stress so he doesn’t keep weight on because of that”. 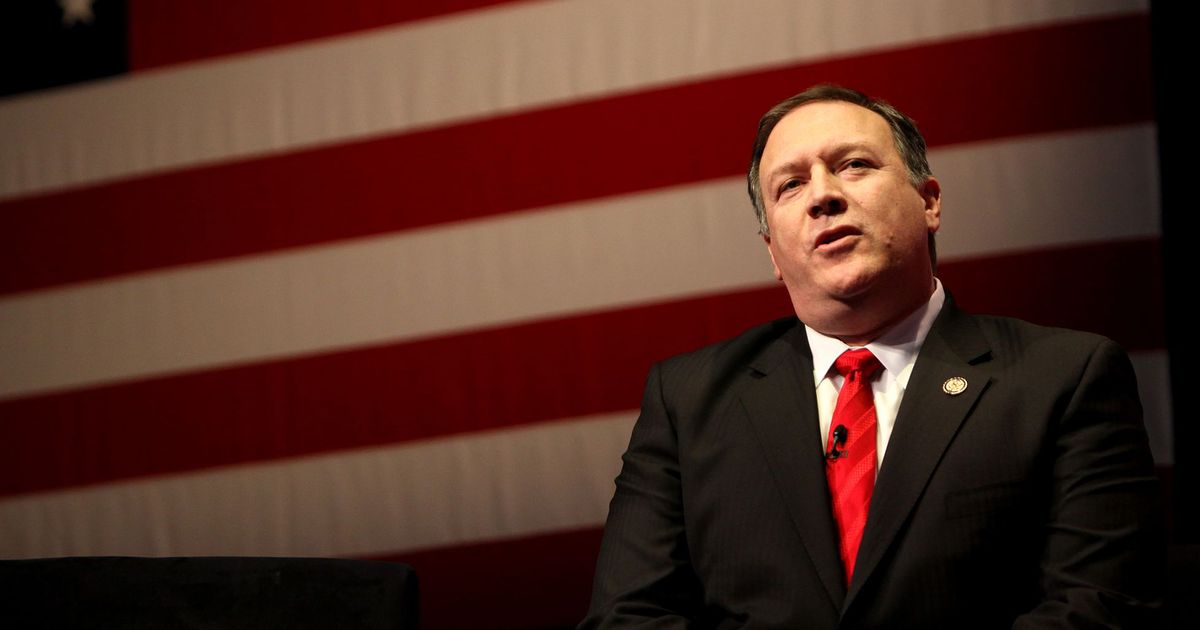 Bryant added, “I would love to know the totality of what [Pompeo] did. For someone to lose 90 pounds in six months, you’re talking 15 pounds a month on average. No research shows it’s healthy to lose two and four pounds per week. Four times four is 16 pounds. It’s possible that it could happen, but I don’t see it happening by only working out 30 minutes a day.”

The California native who passed out from US military academy at West Point started gaining weight more than a decade ago when he was first elected to Congress as a representative for Kansas.

Pompeo shared about his supportive family

Pompeo also shared that his weight loss journey will become an inspiration to people dealing with obesity and trying to lose those extra pounds.

He said, “It is hard, and it’s not permanent. There’s no guarantees that I’ll still be at whatever I weigh now, but if you realize that good things can happen if you keep at it, you can do it as well.”

He also revealed how his wife, son Nick, and future daughter-in-law, Rachael, supported him throughout his journey.

Thank you, son. Best part was being able to celebrate with you, Rachael, and Mom! https://t.co/A2lPx4aZuE

“The biggest benefit I had in this journey was an enormously supportive wife and family,” he said. “Everybody supported my effort to get healthy, which was the real focus.”

A recent survey by Gallup in January 2022 revealed that around 41 percent of US adults have characterized themselves as obese during the last five years in comparison to 36 percent in the prior five-year period.

Pompeo, a member of the Tea Party movement within the Republican Party, is not the first politician to boast about his fitness. George HW Bush used to regularly use Air Force One treadmill when he used to travel on long-distance international flights.

Former US president Bill Clinton used to do street jogging post his quadruple bypass surgery. Mike Huckabee, former governor of Arkansas lost 100lb after a chair collapsed under him during a cabinet meeting. He was diagnosed with type-2 diabetes.

Pompeo, the former Army officer who attended Harvard Law School to earn Juris Doctor made his mother’s home state of Kansas his own state in the year 1998. He was a staunch critic of Donald Trump once upon a time calling him an “authoritarian”. When Trump was elected as the Republican nominee in the presidential run-up in 2016, Pompeo became one of his biggest supporters.

During his term as secretary of state, Pompeo was considered to be one of the reliable Trump loyalists in the Cabinet. He used to flout norms and protocols which were followed by his predecessors in his tenure.

After leaving the administration in 2021, Pompeo entered into a pact with Fox News. He also serves as a senior counsel for global affairs at the American Center for Law and Justice, and chairs CAVPAC.

Keep a regular check at this space as we share with you more such stuff!