Meghan Trainor is an American singer and songwriter who shot to fame after releasing her debut single All About That Bass in the year 2014. Let us share with you, the smashing hit song landed on spot no. 1 on the U.S. Billboard Hot 100 chart and sold more than 10 million copies all over the world.

As of right now, the Like I’m Gonna Lose You hitmaker has dropped a total of five studio albums and bagged many awards in her kitty including four ASCAP Pop Music Awards, two Billboard Music Awards, a People’s Choice Award, and a Grammy Award. 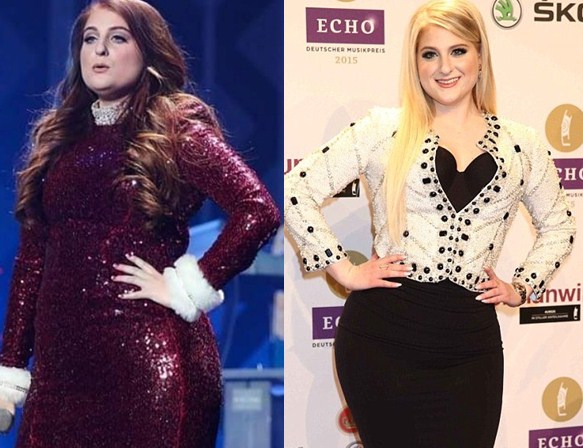 Meghan recently released her fifth studio album titled Takin’ It Back on October 21, 2022. The themes of her songs often revolve around womanhood, personal empowerment as well as body image. Over the years, her music has received both good and bad feedback.

Earlier this year, in September, it was announced that Meghan is going to be a judge on the revival of Australian Idol in 2023. Throughout the course of her music career, Meghan has managed to build a loyal fanbase that loves her beautiful voice and sassy attitude.

When Trainor released her song, No Excuses, she shocked her fans worldwide, by disclosing that she lost nearly 20 pounds. At that time, she stated that her weight loss saw the light of day in the healthiest way possible. 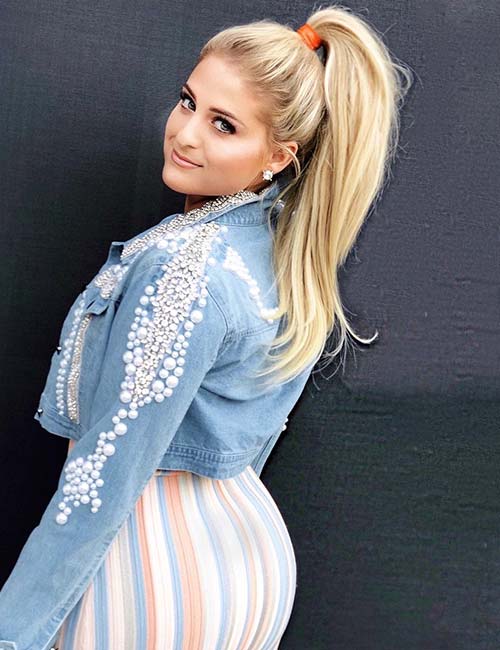 Back in the day, the Dear Future Husband singer went on to say that were a few reasons that motivated her to make several changes to attain a healthy lifestyle and kickstart her weight loss journey.

In order to shed those extra kilos, Meghan stopped drinking completely which worked as a benefit in her weight loss journey. As she stopped drinking, she was able to cut out excess sugar in alcohol and this led to a reduction of mental health issues, like anxiety attacks as well as depressive episodes.

During a May 2018 interview with ETOnline.com, Meghan revealed the secrets behind her 20 pounds weight loss and she said, “I just want to live forever, man. I wanna stay looking young forever. I stopped drinking, stopped doing anything bad to my face. I don’t want to deal with acne anymore — I’m 24, I’m over it, and I just want to live ’til I’m 106.” The Lips are Moving singer said that it wasn’t an easy task for her to lose 20 pounds. She further added, “I did fluctuate and learned that the quick way, ’cause I never ever lost that much weight before. I immediately noticed, like, ‘Oh, there’s a ten back’ and then I had to lose it again. So that’s a lesson to learn.”

Trainor also gave credit to her then-fiancé Daryl Sabara for being her support system. She continued, “One day we’ll have kids. I want to be the healthiest I can be for those kids.” Now, Meghan and her husband Daryl are proud parents of a baby boy named Riley.

What is Meghan Trainor’s workout routine?

With the love and support of her husband Daryl, Meghan found a new interest in workouts. At that point, she stated that her husband Sabara taught her the importance of a healthy lifestyle and helped her to make good choices that not only entail physical but also mental benefits.

Now, the I Won’t Let You Down singer is a fitness freak herself. She is obsessed with working out and addicted to the sore feeling after an intense routine. This year in January, she posted a video of herself and her husband Daryl working out together on the social media platform Instagram. She simply captioned the clip, “working out is one of my favorite ways to get out of my own head. For 2022 I wanna put more time into ME for my mental health.”

For weight loss and maintaining a healthy lifestyle, Trainor religiously follows Shaun T’s Focus T25 workout program. For those of you who are unaware, let us tell you, this workout routine only takes 20 minutes.

In an earlier media interaction, Meghan Trainor disclosed that to lose weight and get healthier she swapped junk food with clean and whole foods. She has packed her diet with home-cooked meals and minimized the consumption of junk foods.

During an interview with Entertainment Tonight, the Just a Friend To You singer revealed that her husband Daryl has taught her to cook healthy yet tasty food. At that point, she said, “He cooks for me and taught me to cook. I never knew how to cook. He taught me, like, secrets how to make your food taste great but also be healthy for you.”

In addition to this, Meghan has also made some prominent changes in her diet routine which have helped her a lot with the weight loss process. She has included the leanest of meat like chicken and turkey into her diet routine. Chicken is a source of protein that helps in the improvement of overall body fitness.

Apart from this, the Let You Be Right singer drinks water infused with lemon which is popularly known as a decent remedy for weight loss. Not only that, but it also improves digestion. She also drinks a lot of water throughout the day to keep herself hydrated. Celery is also an essential part of her diet.

Did the weight loss journey of Meghan Trainor inspire you in one way or the other? Do let us know what you think in the comments section below. Don’t forget to stay tuned with us for the latest updates from the world of showbiz.