Kylie Jenner Dresses Up as Elvira, Mistress of the Dark for Halloween

Kylie Jenner’s hot Halloween costume has made our jaws to the floor! Over the last few days, the beauty mogul has been sharing her Halloween looks with us on the social media platform Instagram, and let us tell you, she has nailed every look.

The former Keeping Up With The Kardashians star has again grabbed the attention of viewers with her latest looks for Halloween. Read on to catch a sight of all the Halloween looks of Kylie Jenner. Kylie Jenner becomes Elvira, the Mistress of the Dark for Halloween

It seems like Kylie Jenner is having a fabulous Halloween weekend. On Sunday, The Kardashians star took to her Instagram to share another one of her Halloween costumes with her fans all over the world.

“kyvira 🕸️,” she simply captioned the photo. In the snap shared by Kylie, she can be seen all dressed up as Elvira, the Mistress of the Dark. In order to channel Elvira, she wore the character’s signature black beehive.

The picture showed the Kylie Cosmetics founder flaunting her washboard abs while wearing a skimpy sequin fringe skirt and a sultry bra with tassels. In the snap, she can be seen posing in front of a giant black spiderweb, with a purple backdrop behind her. 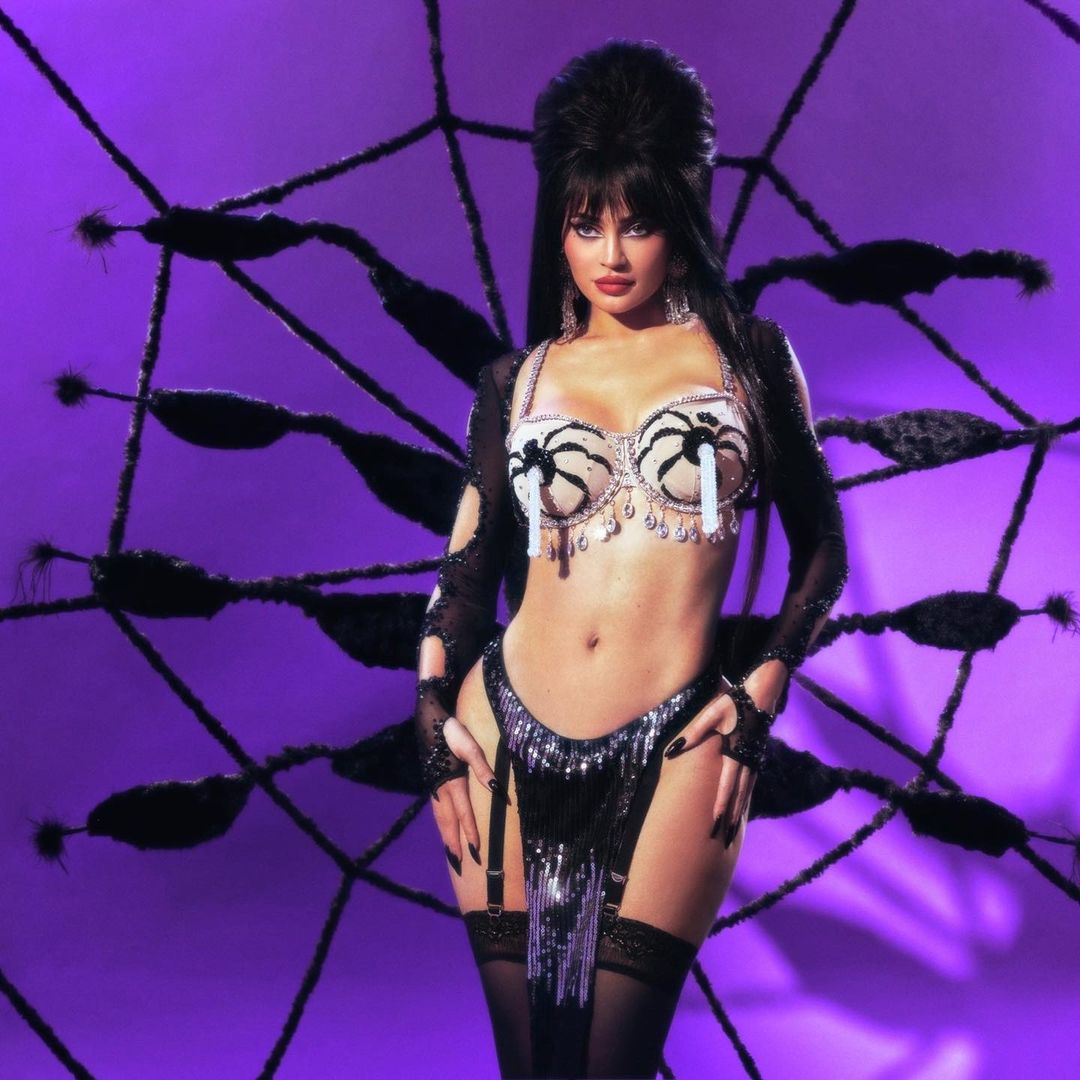 In a different snap, Kylie can be seen in a black plunging dress. The mom of two accessorized her Halloween look with a pair of black stockings, a pair of black fingerless gloves, and sparkly tassel earrings.

Another picture showed the reality TV star laying on her side in a plunging black dress. She went all out when it comes to her makeup. She rocked picture-perfect glam for the snap and sported smokey eyeshadow and a matte red lip.

Travis Scott’s baby mama topped off the look with long black nails. She completed her outfit with a pair of black heels while posing in front of a misty black background. She even posted a snap of Elvira in the same costume as well as the same pose on her Instagram Story. 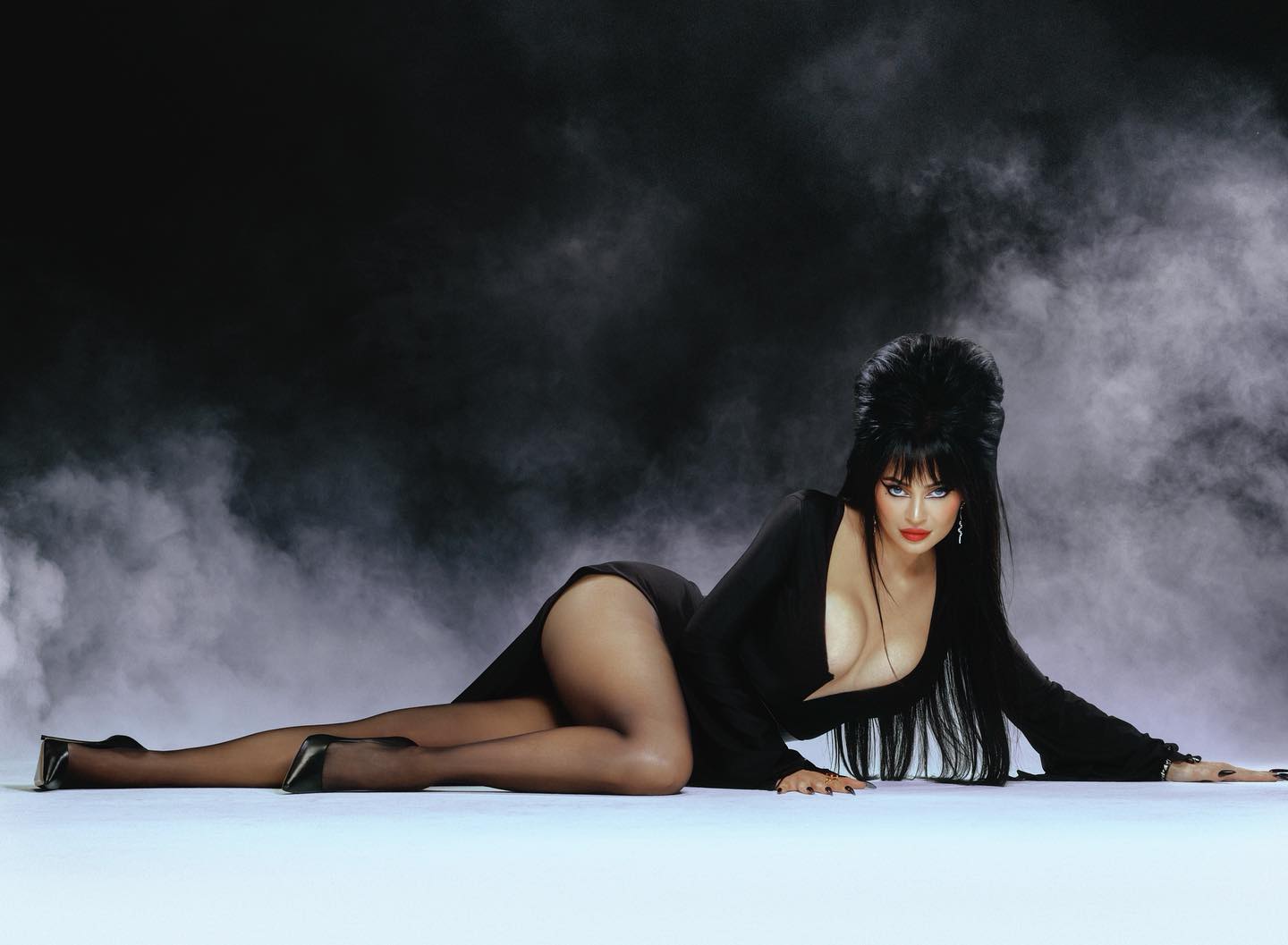 For those of you who are unaware, let us tell you, Elvira: Mistress of the Dark is a 1988 American comedy horror film that has been directed by James Signorelli. The movie stars Cassandra Peterson as an eccentric horror hostess.

A day before, Kylie Jenner dressed up as a Bride of Frankenstein

A day prior, Kylie stunned her fans with another amazing Halloween costume. For a Halloween party in Los Angeles, she became a Bride of Frankenstein in a low-cut Marilyn Monroe style white halter dress.

The queen of social media also dropped a couple of pictures from her Halloween look on the social networking platform Instagram. She simply captioned the carousel of pictures, “BRIDE OF FRANKENSTEIN.” 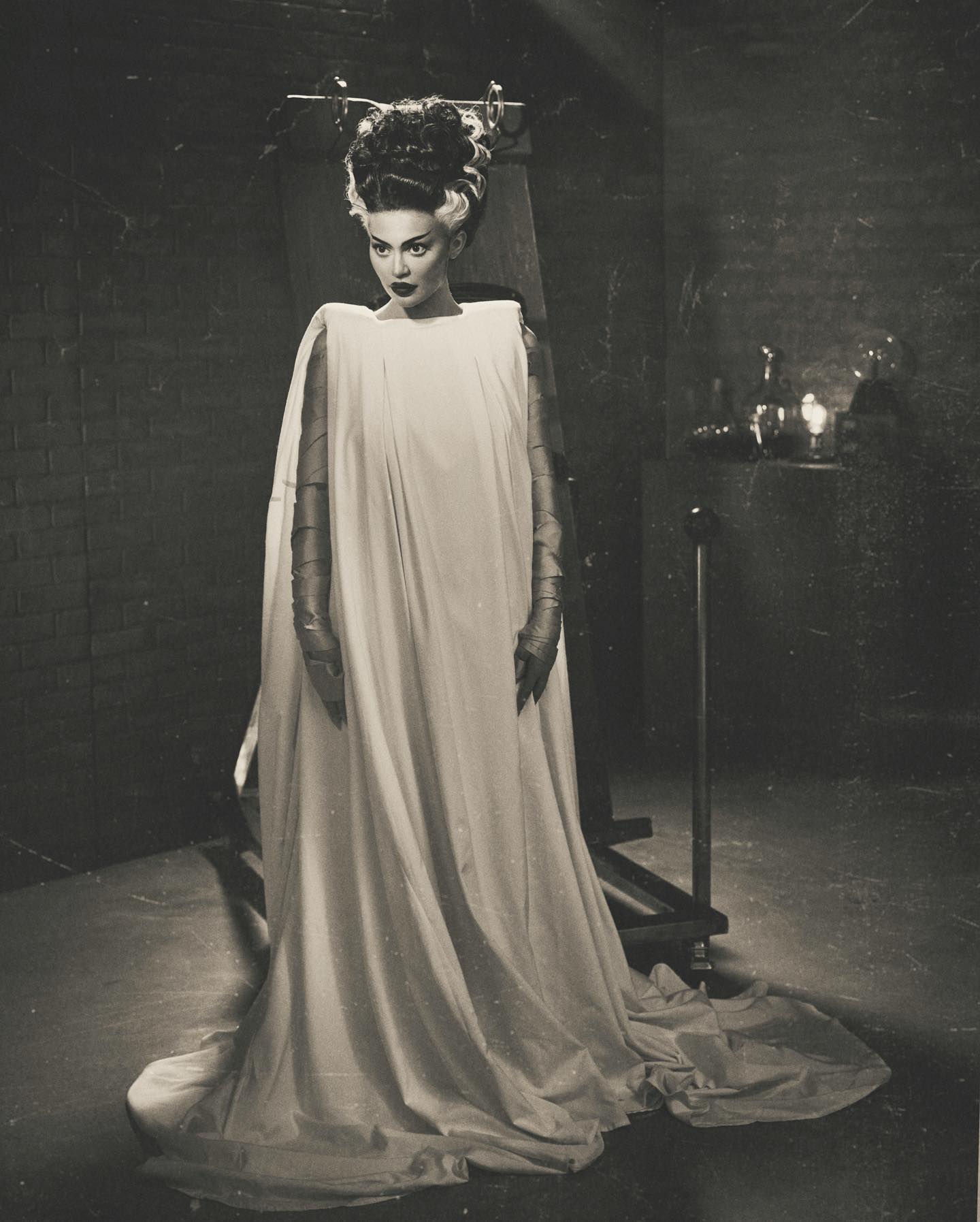 Did you like Kylie Jenner’s Halloween costumes? Which was your favorite Halloween costume? Kindly let us know your thoughts on her Halloween looks in the comments section below. Don’t forget to stay tuned with us for the latest updates from the world of showbiz.